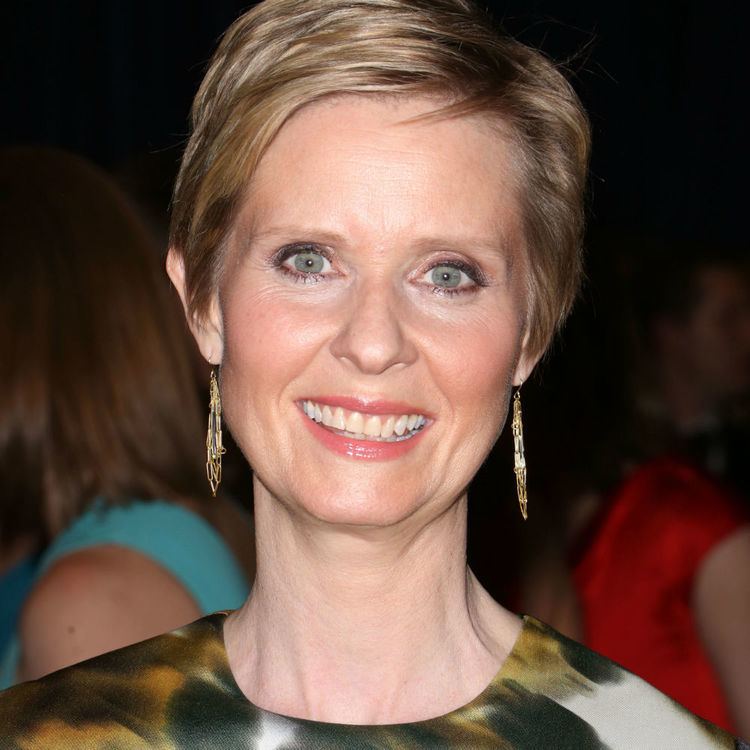 Nixon made her Broadway debut in the 1980 revival of The Philadelphia Story. Other Broadway credits include The Real Thing (1983), Hurlyburly (1983), Indiscretions (1995), and The Women (2001). In 2005, she played Eleanor Roosevelt in the HBO TV film Warm Springs. She went on to win the 2006 Tony Award for Best Actress in a Play for the original production of Rabbit Hole, a second Emmy Award in 2008 for her guest role in Law and Order: Special Victims Unit, and a Grammy Award for Best Spoken Word Album in 2009 for An Inconvenient Truth. In 2011, she played Michele Davis in the TV film Too Big to Fail, before returning to Broadway in the 2012 play Wit. She is set to star as Emily Dickinson in the upcoming film A Quiet Passion. 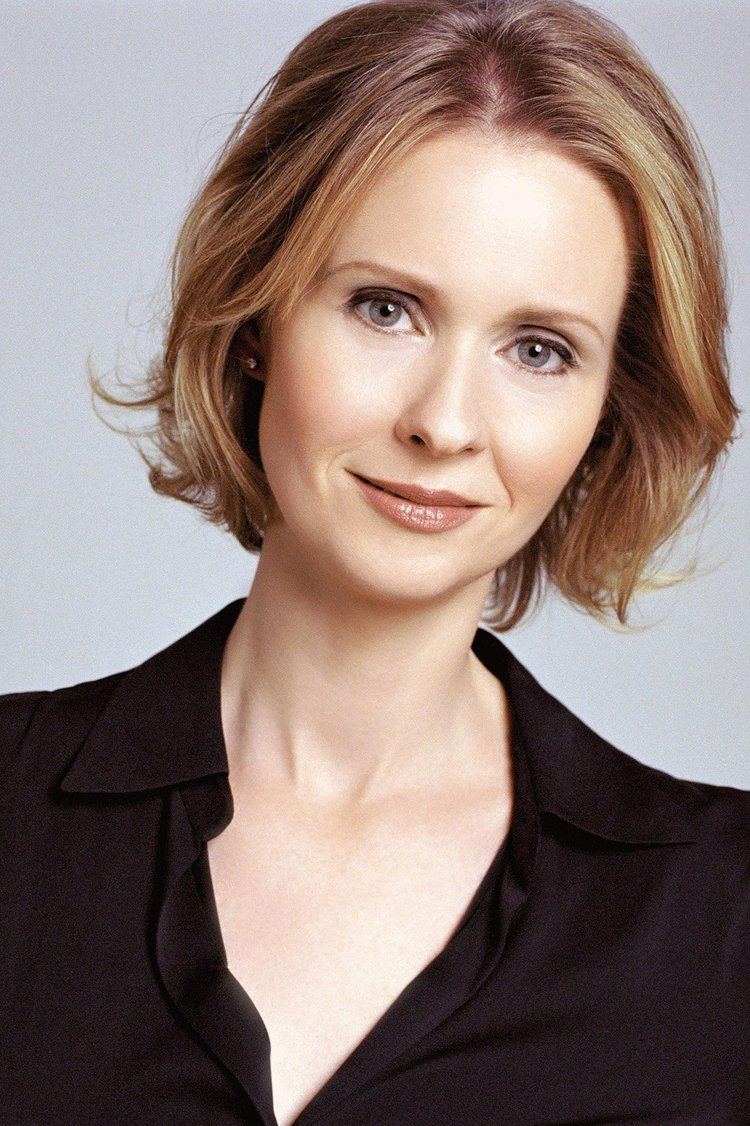 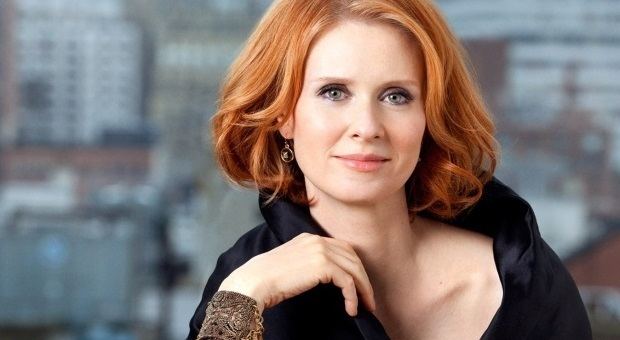 Nixon was born in New York City, New York, the daughter of Anne Elizabeth (nee Knoll 1930-2012), originally from Chicago, Illinois, and Walter E. Nixon, Jr., a radio journalist from Texas. She graduated from Hunter College High School and attended Barnard College. In the spring of 1986, she studied abroad with Semester at Sea. 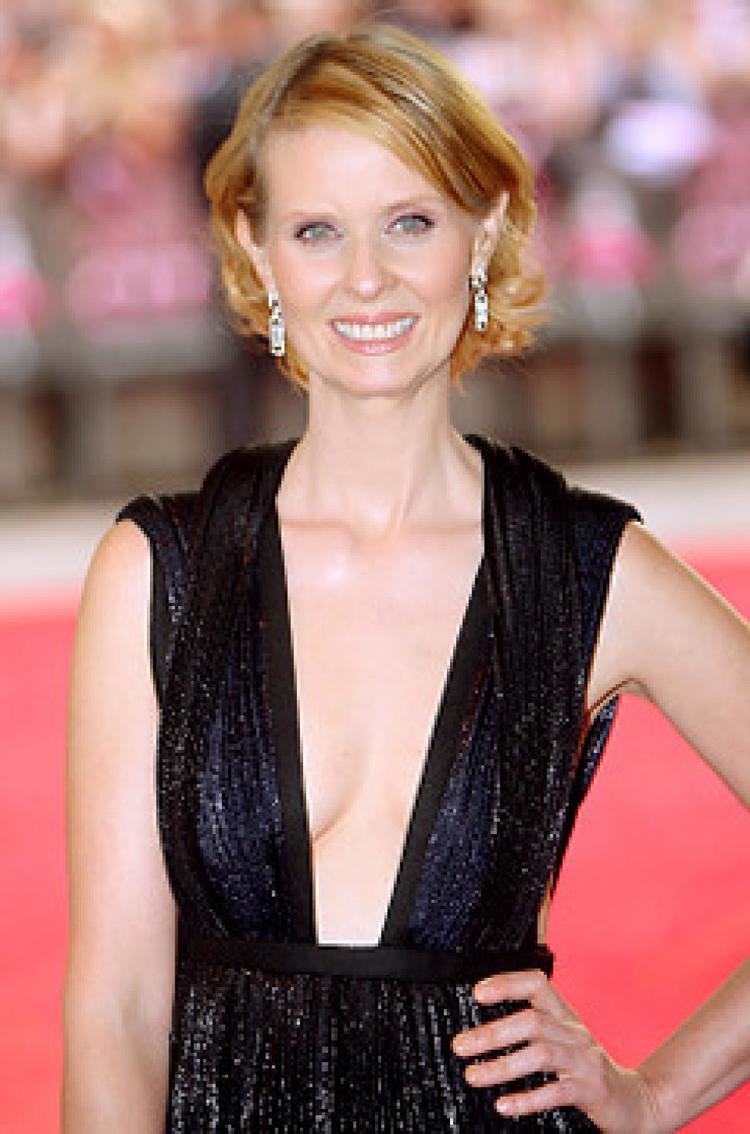 Nixon's first onscreen appearance was as an imposter on To Tell the Truth, where her mother worked. She began acting at age 12 as the object of a wealthy school mate's crush in The Seven Wishes of a Rich Kid, a 1979 ABC Afterschool Special. She made her feature debut co-starring with Kristy McNichol and Tatum O'Neal in Little Darlings (1980). She made her Broadway debut as Dinah Lord in a 1980 revival of The Philadelphia Story. Alternating between film, TV and stage, she did projects like the 1982 ABC movie My Body, My Child, the features Prince of the City (1981) and I Am the Cheese (1983), and the 1982 Off-Broadway productions of John Guare's Lydie Breeze. 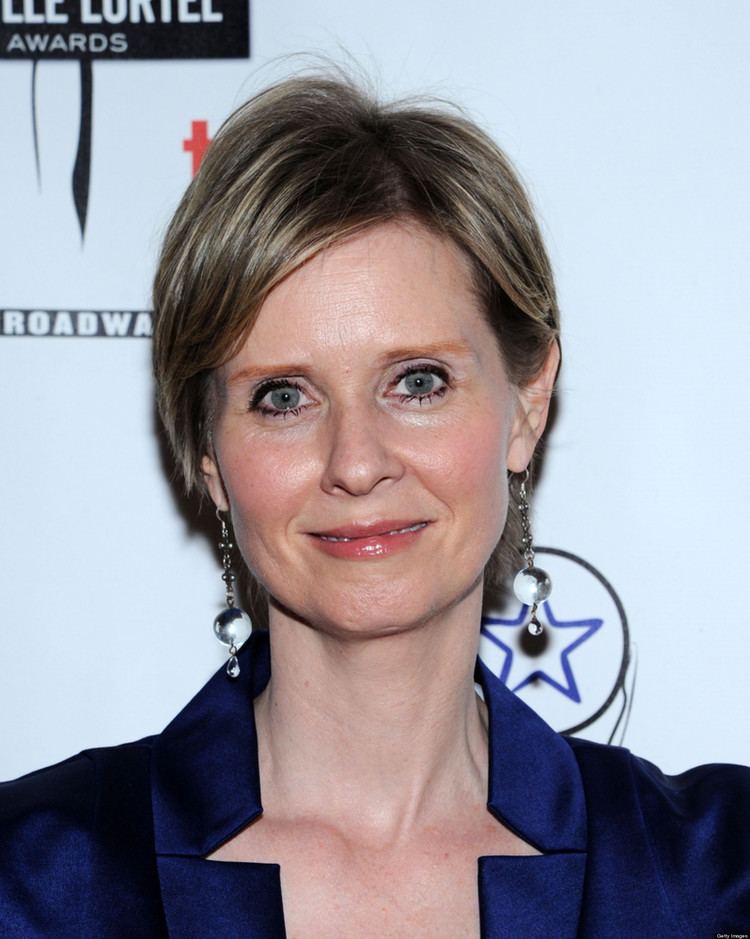 In 1984, while a freshman at Barnard College, Nixon made theatrical history by simultaneously appearing in two hit Broadway plays directed by Mike Nichols. These were The Real Thing, where Nixon played the daughter of Jeremy Irons and Christine Baranski; and Hurlyburly, where she played a young woman who encounters sleazy Hollywood executives. The two theaters were just two blocks apart and Nixon's roles were both short, so she could run from one to the other. Onscreen, she played the role of Salieri's maid/spy, Lorl, in Amadeus (1984). In 1985, she appeared alongside Jeff Daniels in Lanford Wilson's Lemon Sky at Second Stage Theatre. 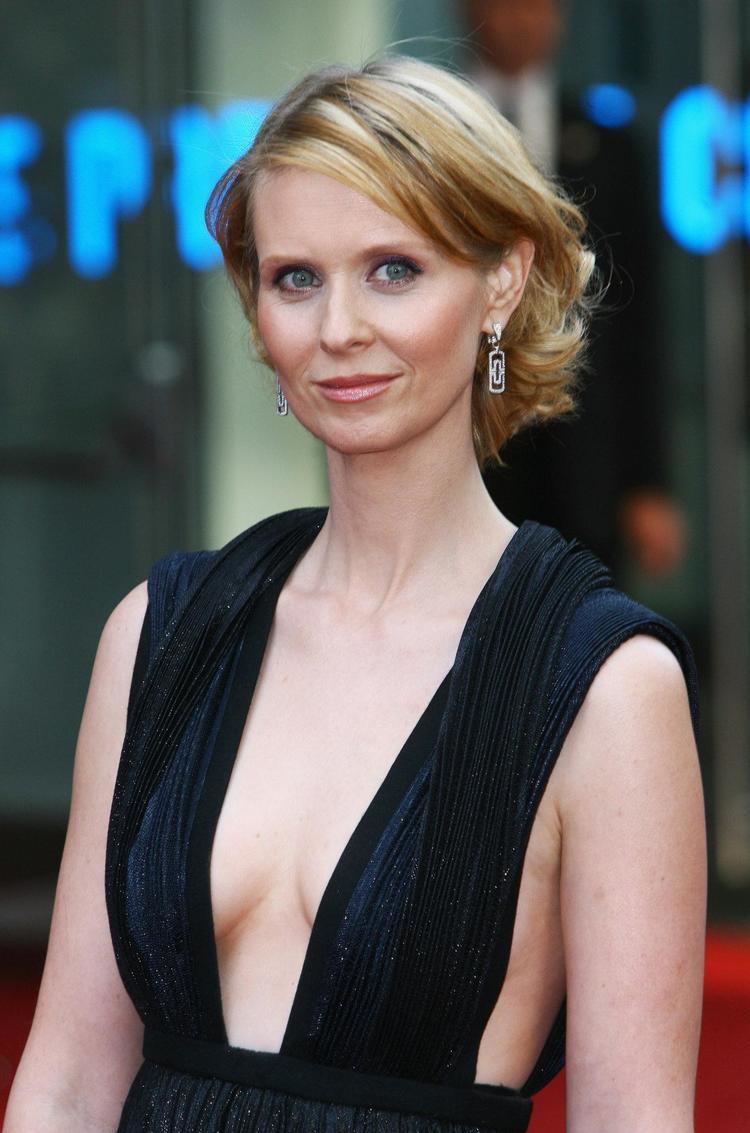 She landed her first major supporting role in a movie as an intelligent teenager who aids her boyfriend (Christopher Collet) in building a nuclear bomb in Marshall Brickman's The Manhattan Project (1986). Nixon was part of the cast of the NBC miniseries The Murder of Mary Phagan (NBC, 1988) starring Jack Lemmon and Kevin Spacey, and portrayed the daughter of a presidential candidate (Michael Murphy) in Tanner '88 (1988), Robert Altman's political satire for HBO. She reprised the role for the 2004 sequel Tanner on Tanner. 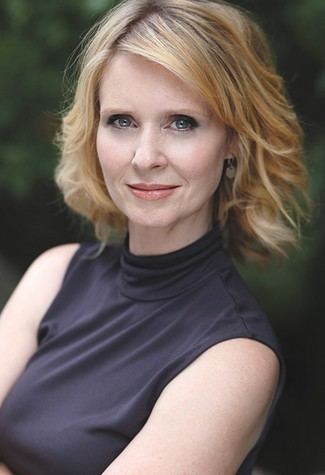 On stage, Nixon portrayed Juliet in a 1988 New York Shakespeare Festival production of Romeo and Juliet, and acted in the workshop production of Wendy Wasserstein's Pulitzer Prize-winning The Heidi Chronicles, playing several characters after it came to Broadway in 1989. She was the guest star in the second episode of the long running NBC television series Law & Order. She replaced Marcia Gay Harden as Harper Pitt in Tony Kushner's Angels in America (1994), received a Tony nomination for her performance in Indiscretions (Les Parents Terribles) (1996, her sixth Broadway show) and, though she originally lost the part to another actress, eventually took over the role of Lala Levy in the Tony-winning The Last Night of Ballyhoo (1997).

Nixon was a founding member of the theatrical troupe The Drama Dept., which included Sarah Jessica Parker, Dylan Baker, John Cameron Mitchell and Billy Crudup among its actors, appearing in the group's productions of Kingdom on Earth (1996), June Moon and As Bees in Honey Drown (both 1997), Hope is the Thing with Feathers (1998), and The Country Club (1999).

She raised her profile significantly as one of the four regulars on HBO's successful comedy Sex and the City (1998–2004), as the lawyer Miranda Hobbes. Nixon received three Emmy Award nominations for Outstanding Supporting Actress in a Comedy Series (2002, 2003, 2004), winning the award in 2004, for the show's final season.

The immense popularity of the series led Nixon to enjoy her first leading role in a feature, playing a video artist who falls in love, despite her best efforts to avoid commitment, with a bisexual actor who just happens to be dating a gay man (her best friend) in Advice From a Caterpillar (2000), as well as starring opposite Scott Bakula in the holiday television movie Papa's Angels (2000). In 2002, she also landed a role in the indie comedy Igby Goes Down, and her turn in the theatrical production of Clare Boothe Luce's play The Women was captured for PBS' Stage on Screen series.

Post-Sex in the City, Nixon made a guest appearance on ER in 2005, as a mother who undergoes a tricky procedure to lessen the effects of a debilitating stroke. She followed up with a turn as Eleanor Roosevelt for HBO's Warm Springs (2005), which chronicled Franklin Delano Roosevelt's quest for a miracle cure for his polio. Nixon earned an Emmy nomination as Outstanding Lead Actress in a Miniseries or a Movie for her performance. In December 2005, she appeared in the Fox TV series House in the episode "Deception", as a patient who suffers a seizure.

In 2006, she appeared in David Lindsay-Abaire's Pulitzer Prize-winning drama Rabbit Hole in a Manhattan Theatre Club production, and won the Tony Award for Best Actress in a Leading Role (Play). (This part was later played by Nicole Kidman in the movie adaptation of the play.) In 2008, she revived her role as Miranda Hobbes in the Sex and the City feature film, directed by HBO executive producer Michael Patrick King and co-starring the cast of the original series. Also in 2008, she won an Emmy for her guest appearance in an episode of Law & Order: Special Victims Unit, portraying a woman pretending to have dissociative identity disorder. In 2008, Nixon made a brief uncredited cameo in the comedy Forgetting Sarah Marshall. She appears in the background when Jason Segel's character mimics characters from Sex in the City at a bar.

In 2009, Nixon won the Grammy Award for Best Spoken Word Album along with Beau Bridges and Blair Underwood for the album An Inconvenient Truth (Al Gore).

In March 2010, Nixon received the Vito Russo Award at the GLAAD Media Awards. The award is presented to an openly LGBT media professional "who has made a significant difference in promoting equality for the LGBT community". It was announced in June 2010 that Nixon would appear in four episodes of the Showtime series The Big C.

Nixon appeared in a Law & Order: Criminal Intent episode based on the problems surrounding the Broadway musical Spider-Man: Turn Off the Dark. Her character is "Amanda Reese, the high-strung and larger-than-life director behind a problem-plagued Broadway version of Icarus", loosely modeled after Spider-Man director, Julie Taymor.

In 2012, Nixon starred as Professor Vivian Bearing in the Broadway debut of Margaret Edson's Pulitzer Prize–winning play Wit. Produced by the Manhattan Theatre Club, the play opened January 26, 2012 at the Samuel J. Friedman Theatre. Nixon received a Tony nomination for Best Actress in a Play for this performance.

In 2012, Nixon also starred as Petranilla in the TV miniseries of Ken Follett's World Without End broadcast on the ReelzChannel, alongside Ben Chaplin, Peter Firth, Charlotte Riley and Miranda Richardson.

In 2015, Nixon appeared in two films, which premiered at the 2015 Sundance Film Festival; Stockholm, Pennsylvania, and James White. She received critical acclaim for both performances, especially for the latter, which many considered as "Oscar-worthy". Later in 2015, Nixon played the leading role of reclusive American poet Emily Dickinson in the biographical film A Quiet Passion directed and written by Terence Davies.

From 1988 to 2003, Nixon was in a relationship with schoolteacher Danny Mozes. They have two children together, daughter Sam (born 1996) and son Charles Ezekiel (born 2002).

In 2004, Nixon began dating education activist Christine Marinoni. Nixon and Marinoni became engaged in April 2009 and were married in New York City on May 27, 2012, with Nixon wearing a custom-made, pale green dress by Carolina Herrera. Marinoni gave birth to a son, Max Ellington, in 2011.

Regarding her sexual orientation, Nixon remarked in 2007: "I don't really feel I've changed. I'd been with men all my life, and I'd never fallen in love with a woman. But when I did, it didn't seem so strange. I'm just a woman in love with another woman." She identified herself as bisexual in 2012. Nixon has taken a public stand supporting the legalization of same-sex marriage in Washington State, Marinoni's home state, hosting a fund-raising event in support of Washington Referendum 74 for that purpose.

In October 2006, Nixon was diagnosed with breast cancer during a routine mammogram. She initially decided not to go public with her illness because of the stigma involved, but in April 2008, she announced her battle with the disease in an interview with Good Morning America. Since then, Nixon has become a breast cancer activist. She convinced the head of NBC to air her breast cancer special in a prime time program, and became an Ambassador for Susan G. Komen for the Cure.