What movies mean to me gena rowlands

Virginia Cathryn "Gena" Rowlands (born June 19, 1930) is an American film, stage and television actress, whose career in the entertainment industry has spanned over six decades. A four-time Emmy and two-time Golden Globe winner, she is known for her collaborations with her late actor-director husband John Cassavetes in ten films, including A Woman Under the Influence (1974) and Gloria (1980), which earned her nominations for the Academy Award for Best Actress. She also won the Silver Bear for Best Actress for Opening Night (1977). In November 2015, Rowlands received an Honorary Academy Award in recognition of her unique screen performances. 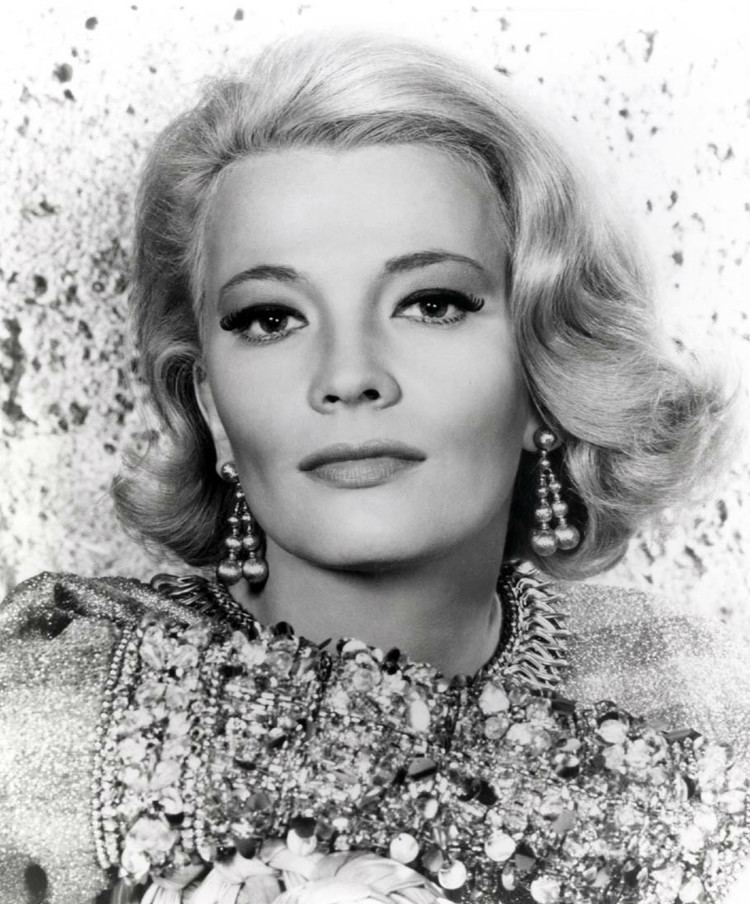 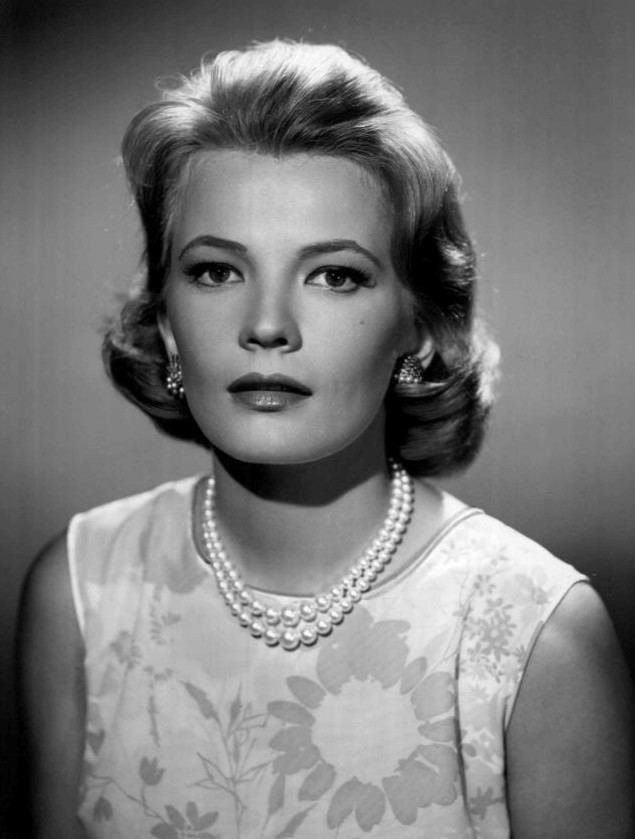 Rowlands was born as Virginia Cathryn Rowlands in Madison, Wisconsin. Her mother, Mary Allen (Neal), was a housewife who later worked as an actress under the stage name Lady Rowlands. Her father, Edwin Myrwyn Rowlands, was a banker and a state legislator. He was a member of the Wisconsin Progressive Party, and was of Welsh descent. She had a brother, David Rowlands.

Her family moved to Washington, D.C. in 1939 when Edwin was appointed to a position in the United States Department of Agriculture; moved to Milwaukee, Wisconsin in 1942 when he was appointed as branch manager of the Office of Price Administration; and later moved to Minneapolis, Minnesota. From 1947–50, she attended the University of Wisconsin, where she was a popular student already renowned for her beauty. She left for New York City to study drama at the American Academy of Dramatic Arts. 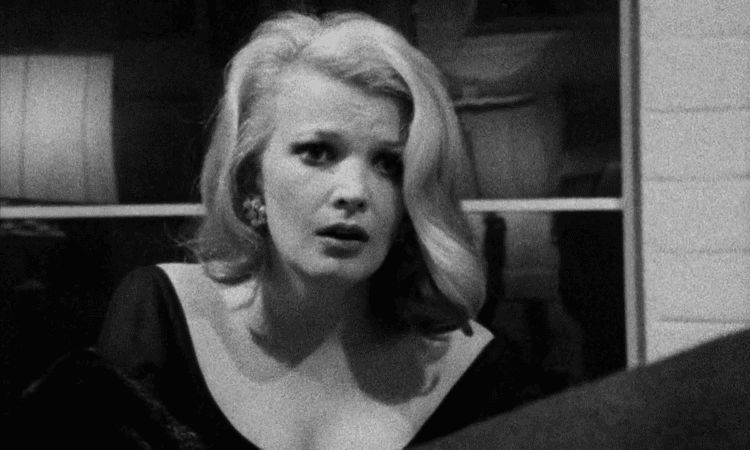 In the early 1950s, Rowlands performed with repertory theatre companies and at the Provincetown Playhouse. She made her Broadway debut in The Seven Year Itch and toured in a national production of the play. Rowlands costarred with Paul Stewart in the 26-episode syndicated TV series Top Secret (1954–55), and she guest starred on such anthology television series as Robert Montgomery Presents, Appointment with Adventure, Kraft Television Theatre, and Studio One (1955). In 1956, she starred in Middle of the Night opposite Edward G. Robinson. She appeared alongside husband Cassavetes on an episode ("Fly Baby, Fly") of the 1959–60 NBC detective series Johnny Staccato. She also appeared on an episode of the NBC western series, Riverboat, starring Darren McGavin, and the ABC adventure series, The Islanders, set in the South Pacific. Rowlands made her film debut in The High Cost of Loving in 1958. 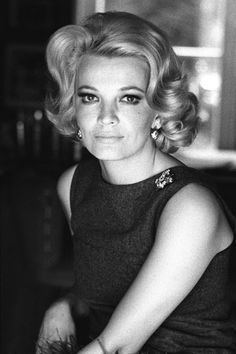 In 1961–62, she starred as Teddy Carella, the deaf-mute wife of Robert Lansing, on NBC's 87th Precinct. In that same season, she appeared on ABC's Target: The Corruptors!, starring Stephen McNally. She also guest starred in CBS's The Lloyd Bridges Show and ABC's Breaking Point. In 1963, she guest-starred in an episode on the NBC western series, Bonanza and The Virginian, and "The Lonely Hours" and "Ride The Nightmare" on CBS's The Alfred Hitchcock Hour. In 1967, she was cast as socialite Adrienne Van Leyden in the prime time ABC soap opera Peyton Place.

According to Boston University film scholar Ray Carney, Rowlands sought to suppress an early version of Cassavetes' first film, Shadows, that Carney says he rediscovered after decades of searching. Rowlands also became involved in the screenings of Husbands and Love Streams, according to Carney. The UCLA Film and Television Archive mounted a restoration of Husbands, as it was pruned down (without Cassavetes' consent, and in violation of his contract) by Columbia Pictures several months after its release, in an attempt to restore as much of the removed content as possible. At Rowlands' request, UCLA created an alternate print with almost ten minutes of content edited out, as Rowlands felt that these scenes were in poor taste. The alternate print is the only one that has been made available for rental.

In 1988, Rowlands starred in Woody Allen's dramatic film Another Woman. She played Marion Post, a middle-aged professor who is prompted to a journey of self-discovery when she overhears the therapy sessions of another woman (Mia Farrow). The review in Time Out described the character's trajectory: "Marion gets to thinking, and is appalled to realise that so many assumptions about her own life and marriage are largely unfounded: in her desire for a controlled existence, she has evaded the emotional truth about relationships with her best friend (Sandy Dennis), brother (Harris Yulin) and husband (Ian Holm)." Time Out praised the "marvellous" performances in the film, adding, "Rowlands' perfectly pitched approach to a demanding role is particularly stunning." Film4 called her performance "sublime", while Roger Ebert noted that it marked a considerable change in tone from her work with Cassavetes, thus showing "how good an actress Rowlands has been all along."

In 2002, Rowlands appeared in Mira Nair's HBO movie Hysterical Blindness, for which she won her third Emmy. She was later seen in The Notebook (2004), which was directed by her son Nick Cassavetes. The same year, she won her first Daytime Emmy for her role as Mrs. Evelyn Ritchie in The Incredible Mrs. Ritchie. In 2005, she appeared opposite Kate Hudson, Peter Sarsgaard, and John Hurt in the gothic thriller The Skeleton Key.

In 2007, she played a supporting role opposite Parker Posey and Melvil Poupaud in Broken English, an independent American feature written and directed by her daughter Zoe Cassavetes. In 2009, she appeared on an episode of Monk ("Mr. Monk and the Lady Next Door"). On March 2, 2010, she appeared on an episode of NCIS as lead character Leroy Jethro Gibbs's former mother-in-law, who is embroiled in a murder investigation.

Rowlands was married to John Cassavetes from April 9, 1954, until his death on February 3, 1989. They met at the American Academy at Carnegie Hall where they were both students. They had three children, all actor-directors: Nick, Alexandra, and Zoe.

Rowlands has stated that she was a big fan of actress Bette Davis whilst growing up. She played the daughter of Bette Davis in Strangers.

In January 2015, Rowlands was presented with a lifetime achievement award by the Los Angeles Film Critics Association At the 2015 Governors Awards she received an Honorary Academy Award. The press release described Rowland as "an original talent" whose "devotion to her craft has earned her worldwide recognition as an independent film icon".