Emil Jannings (23 July 1884 – 2 January 1950) was a German actor, popular in 1920s Hollywood. He was the first Oscar recipient, honored with the Academy Award for Best Actor at the 1929 ceremony. To date, he is still the only German to have won the Best Actor Oscar. 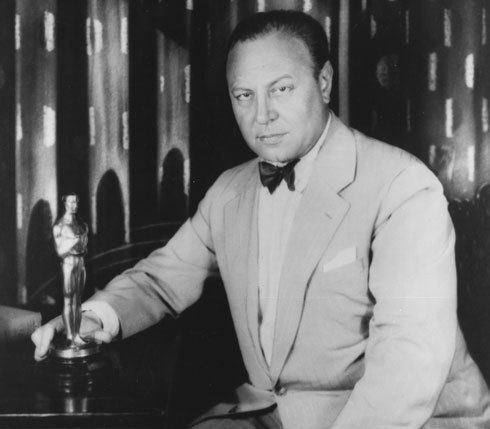 Jannings is best known for his collaborations with F.W. Murnau and Josef von Sternberg, including 1930's The Blue Angel, with Marlene Dietrich. Der blaue Engel was meant as a vehicle for Jannings to score a place for himself in the new medium of sound film, but Dietrich stole the show. Jannings later starred in a number of Nazi propaganda films, which made him unemployable as an actor after the fall of the Third Reich. 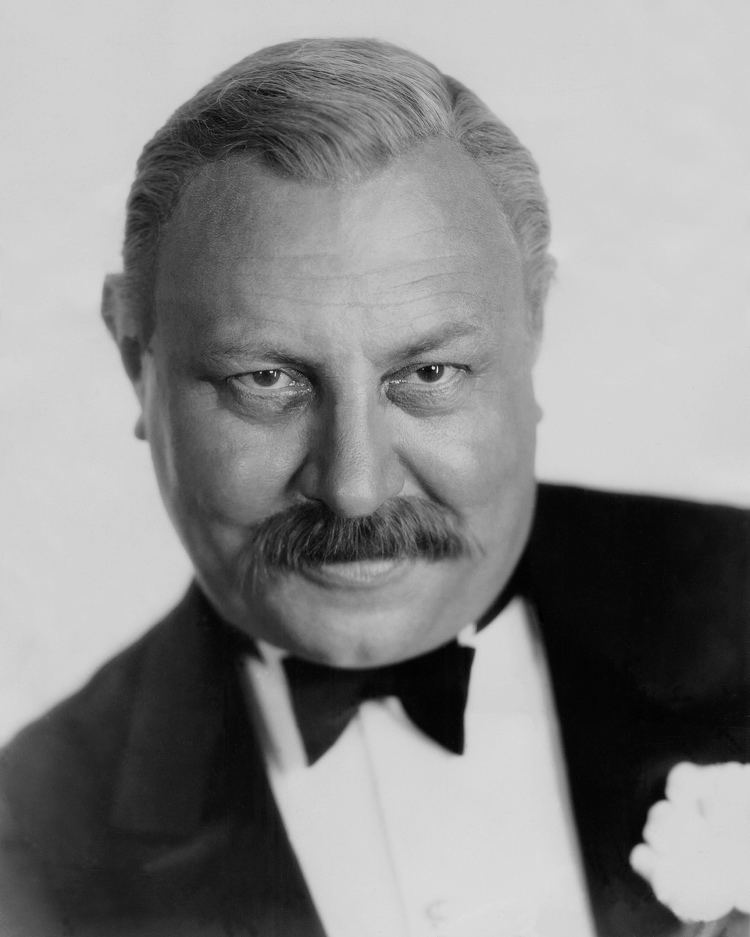 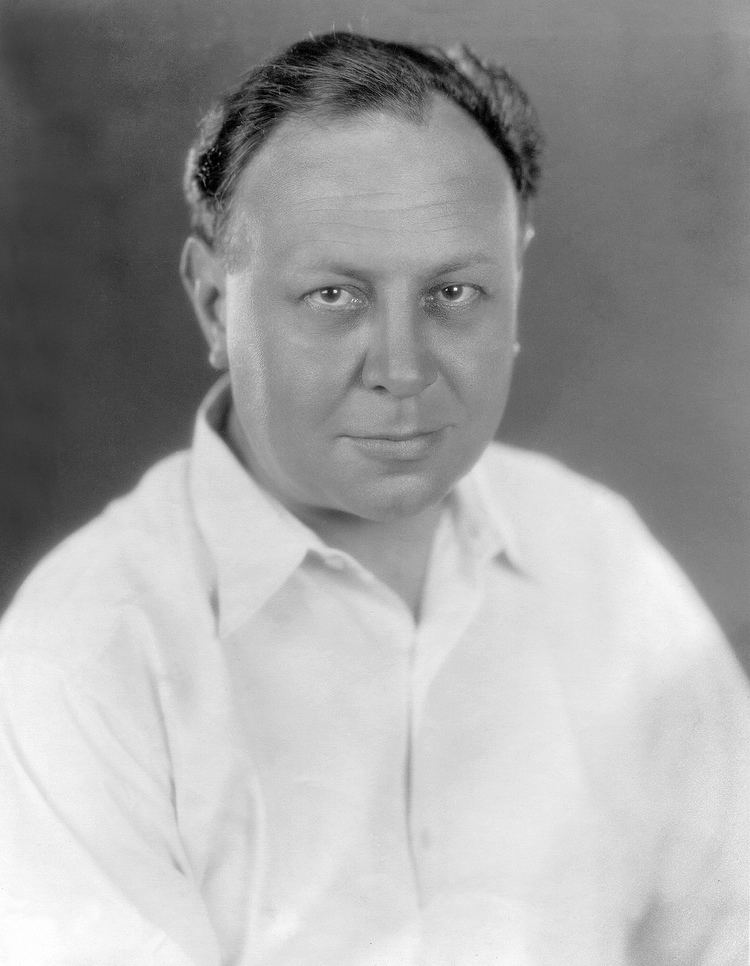 He was christened Theodor Friedrich Emil Janenz in Rorschach, Switzerland, the son of Emil Janenz, an American businessman from St. Louis, and his wife Margarethe nee Schwabe, a German migrant. Jannings held German citizenship; while he was still young the family moved to Leipzig in the German Empire and further to Gorlitz after the early death of his father. 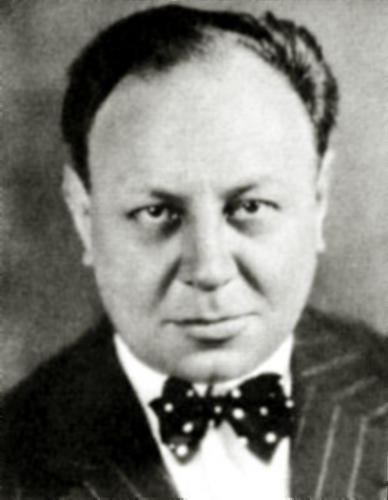 Jannings ran away from school and went to sea. When he returned to Gorlitz, his mother finally allowed him to begin a traineeship at the town state theatre, where Jannings started his stage career. From 1901 onwards he worked with several theatre companies in Bremen, Nuremberg, Leipzig, Konigsberg, and Glogau before joining the Deutsches Theater ensemble under director Max Reinhardt in Berlin. Permanently employed since 1915, Jannings met with playwright Karl Vollmoller, fellow actor Ernst Lubitsch, and photographer Frieda Riess, who after World War I all were at the heart of the Weimar Culture in 1920s Berlin. Jannings made his breakthrough in 1918 with his role as Judge Adam in Kleist's Broken Jug at the Schauspielhaus. 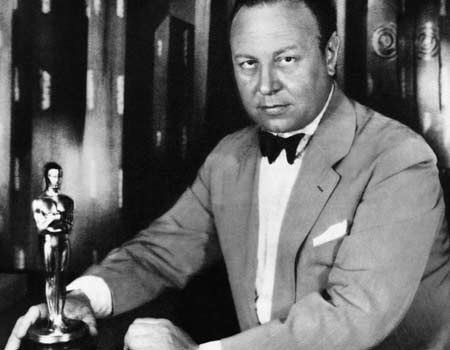 Jannings was a theater actor who went into films, though he remained dissatisfied with the limited expressive possibilities in the silent era. Having signed a contract with the UFA production company, he starred in Die Augen der Mumie Ma (The Eyes of the Mummy, 1918) and Madame DuBarry (1919), both with Pola Negri in the main female part. He also performed in the 1922 film version of Othello and in F. W. Murnau's The Last Laugh (Der Letzte Mann, 1924), as a proud but aged hotel doorman who is demoted to a restroom attendant. Jannings worked with Murnau on two other films, playing the title character in Herr Tartuff (1925), Variety (1925) and as Mephistopheles in Faust (1926). 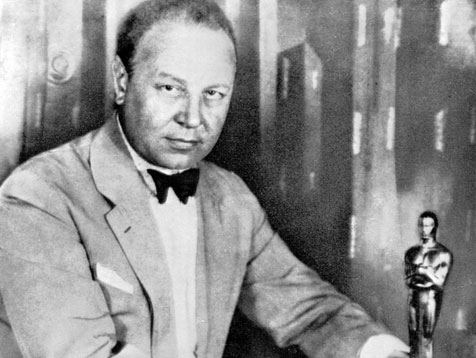 His increasing popularity enabled Jannings to sign an agreement with Paramount Pictures and eventually follow his acting colleagues Lubitsch and Negri to Hollywood. He started his career in 1927 with The Way of All Flesh directed by Victor Fleming (now lost) and in the following year performed in Josef von Sternberg's The Last Command. In 1929 Jannings won the first Best Actor Oscar for his work in both films. He and Sternberg also cooperated in Street of Sin (1928), though they actually differed about Jannings' acting in front of the camera.

His Hollywood career came to an end with the advent of talkies as his thick German accent was difficult to understand. His dialogue was initially dubbed by another actor in the part-talkie The Patriot (1928) directed by Ernst Lubitsch, although Jannings' own voice was restored after he objected. Returning to Europe, he starred opposite Marlene Dietrich in the 1930 film The Blue Angel, which was filmed simultaneously in English with its German version Der blaue Engel.

According to Susan Orlean, author of Rin Tin Tin: The Life and The Legend (Simon and Schuster, 2011), Jannings was not actually the winner of the first best actor vote, but the runner-up. While researching her book, Orlean discovered that it was in fact Rin Tin Tin, the German Shepherd dog, one of the biggest movie stars of his time, who won the vote. The Academy, however, worried about not being taken seriously if they gave the first Oscar to a dog, chose to award the Oscar to the human runner-up.

After the Nazi Machtergreifung in 1933, Jannings continued his career in the service of Nazism and cinema. During the Third Reich, he starred in several films which were intended to promote Nazism, particularly the Fuhrerprinzip by presenting unyielding historical characters, such as Der alte und der junge Konig (The Old and the Young King 1934), Der Herrscher (The Ruler 1937) directed by Veit Harlan, Robert Koch (1939), Ohm Kruger (Uncle Kruger, 1941) and Die Entlassung (Bismarck's Dismissal, 1942). He also performed in his famed role in The Broken Jug directed by Gustav Ucicky. Minister of Propaganda Joseph Goebbels named Jannings an "Artist of the State" (Staatsschauspieler) in 1936.

The shooting of his last film Wo ist Herr Belling? was aborted, when troops of the Allied Powers entered Germany in Spring 1945. Jannings reportedly carried his Oscar statuette with him as proof of his former association with Hollywood. However, his active role in Nazi propaganda meant that he was subject to denazification, and a comeback attempt would not be legal.

Ironically, in the same period Dietrich would became a US citizen and an influential anti-Nazi activist, spending much of the war entertaining troops on the front lines and broadcasting on behalf of the OSS. Dietrich particularly loathed Jannings for his Nazi ties, and would later refer to her former co-star as a "ham".

Jannings retired to Strobl near Salzburg, Austria, and became an Austrian citizen in 1947. He died in 1950, aged 65, from liver cancer. He is buried in the St. Wolfgang cemetery. His Best Actor Oscar is now on display at the Berlin Filmmuseum.

Jannings was married three times. All three marriages were to stage and film actresses and all three ended in divorce. His first marriage was to Hanna Ralph, his second to Lucie Hoflich, and his final marriage was to Gussy Holl.