Shandong (simplified Chinese: ; traditional Chinese: ; pinyin: ; Wade–Giles: ), is a coastal province of the Peoples Republic of China, and is part of the East China region.

Shandong has played a major role in Chinese history from the beginning of Chinese civilization along the lower reaches of the Yellow River and served as a pivotal cultural and religious site for Taoism, Chinese Buddhism, and Confucianism. Shandongs Mount Tai is the most revered mountain of Taoism and one of the worlds sites with the longest history of continuous religious worship. The Buddhist temples in the mountains to the south of the provincial capital of Jinan were once among the foremost Buddhist sites in China. The city of Qufu is the birthplace of Confucius, and was later established as the center of Confucianism.

Shandongs location at the intersection of ancient as well as modern north–south and east–west trading routes have helped to establish it as an economic center. After a period of political instability and economic hardship that began in the late 19th century, Shandong has emerged as one of the most populous (95,793,065 inhabitants at the 2010 Census) and most affluent provinces in the Peoples Republic of China (GDP of CN¥5.942 trillion in 2014, or USD967 billion, Chinas third wealthiest province).

Individually, the two Chinese characters in the name "Shandong" mean "mountain" (?) and "east" (?). Shandong could hence be translated literally as "east of the mountains" and refers to the provinces location to the east of the Taihang Mountains. A common nickname for Shandong is Qilu (simplified Chinese: ; traditional Chinese: ), after the States of Qi and Lu that existed in the area during the Spring and Autumn Period. Whereas the State of Qi was a major power of its era, the State of Lu played only a minor role in the politics of its time. Lu, however, became renowned for being the home of Confucius and hence its cultural influence came to eclipse that of the State of Qi. The cultural dominance of the State of Lu heritage is reflected in the official abbreviation for Shandong which is "?" (Chinese: ; pinyin: ). English speakers in the 19th century called the province, Shan-tung.

The province is located on the eastern edge of the North China Plain and in the lower reaches of the Yellow River (Huang He) and extends out to sea in the form of the Shandong Peninsula. Shandong borders the Bohai Sea to the north, Hebei to the northwest, Henan to the west, Jiangsu to the south, and the Yellow Sea to the southeast; it also shares a very short border with Anhui, between Henan and Jiangsu. 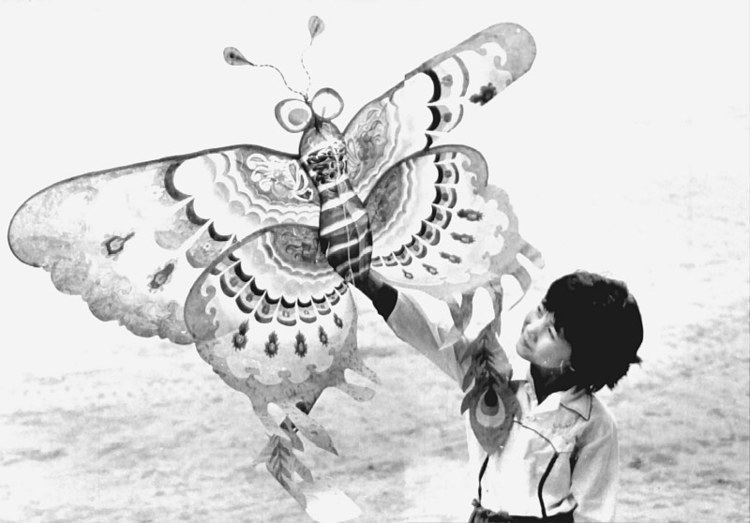 With its location on the eastern edge of the North China Plain, Shandong has felt the influence of Chinese civilization since remote antiquity. The earliest dynasties (the Shang dynasty and Zhou dynasty) exerted varying degrees of control over western Shandong, while eastern Shandong was inhabited by the Laiyi peoples who were considered "barbarians". Over subsequent centuries, the Laiyi were eventually sinicized.

During the Spring and Autumn Period and the Warring States period, regional states became increasingly powerful. At this time, Shandong was home to two powerful states: the state of Qi at Linzi and the state of Lu at Qufu. Lu is noted for being the home of Confucius. The state was, however, comparatively small, and eventually succumbed to the powerful state of Chu from the south. The state of Qi was, on the other hand, a major power throughout this entire period. Cities it ruled included Linzi, Jimo (north of modern Qingdao) and Ju.

The Qin Dynasty destroyed Qi and founded the first centralized Chinese state in 221 BCE. The Han Dynasty that followed created two zhou ("provinces") in what is now modern Shandong: Qingzhou Province () in the north and Yanzhou Province () in the south. During the division of the Three Kingdoms, Shandong belonged to the Kingdom of Wei, which ruled over northern China.

In 412 CE, the Chinese Buddhist monk Faxian landed at Laoshan, on the southern edge of the Shandong peninsula, and proceeded to Qingzhou to edit and translate the scriptures he had brought back from India.

The Sui Dynasty reestablished unity in 589, and the Tang Dynasty (618-907) presided over the next golden age of China. For the earlier part of this period Shandong was ruled as part of Henan Circuit, one of the circuits (a political division). Later on China splintered into warlord factions, resulting in the Five Dynasties and Ten Kingdoms period. Shandong was part of the Five Dynasties, all based in the north.

The Song Dynasty reunified China in the late tenth century. In 1996, the discovery of over two hundred buried Buddhist statues at Qingzhou was hailed as a major archaeological find. The statues included early examples of painted figures, and are thought to have been buried due to Emperor Huizongs Song Dynasty repression of Buddhism (he favored Taoism).

The Song Dynasty was forced to cede northern China to the Jurchen Jin Dynasty in 1142. Shandong was administered by the Jin Dynasty as Shandong East Circuit and Shandong West Circuit – the first use of its current name.

Shandong is mostly flat in terrain. The northwestern, western, and southwestern parts of the province are all part of the vast North China Plain. The center of the province is more mountainous, with Mount Tai being the most prominent. The east of the province is the hilly Shandong Peninsula extending into the sea; it separates Bohai Sea in the northwest from the Yellow Sea to the east and south. The highest peak of Shandong is the highest peak in the Taishan area: Jade Emperor Peak, with a height of 1,545 metres (5,069 ft).

The Yellow River passes through Shandongs western areas, entering the sea along Shandongs northern coast; in its traversal of Shandong it flows on a levee, higher than the surrounding land, and dividing western Shandong into the Hai He watershed in the north and the Huai He watershed in the south. The Grand Canal of China enters Shandong from the northwest and leaves on the southwest. Weishan Lake is the largest lake of the province. Shandongs coastline is 3,000 kilometres (1,900 mi) long. Shandong Peninsula has a rocky coastline with cliffs, bays, and islands; the large Laizhou Bay, the southernmost of the three bays of Bohai Sea, is found to the north, between Dongying and Penglai; Jiaozhou Bay, which is much smaller, is found to the south, next to Qingdao. The Miaodao Islands extend northwards from the northern coast of the peninsula.

Shandong has a temperate climate, lying in the transition between the humid subtropical (Cwa under the Koppen climate classification) and humid continental (Koppen Dwa) zones with four distinct seasons. Summers are hot and rainy (except for a few coastal areas), while winters are cold and dry. Average temperatures are ?5 to 1 °C (23 to 34 °F) in January and 24 to 28 °C (75 to 82 °F) in July. Annual precipitation is 550 to 950 mm (22 to 37 in), the vast majority of which occurs during summer, due to monsoonal influences.

As of 1832, Shandong was exporting fruits, vegetables, wine, drugs, and deer skin, often heading to Guangzhou in exchange for clothing and fabrics. 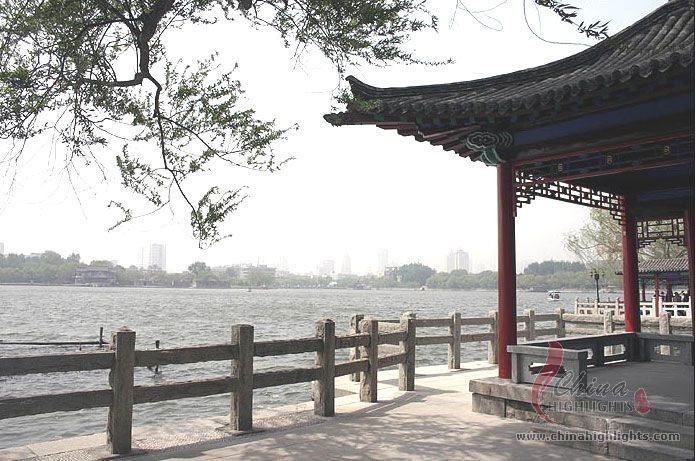 Shandong cuisine (??) is one of the eight great traditions of Chinese cuisine. It can be more finely divided into inland Shandong cuisine (e.g. Jinan cuisine); the seafood-centered Jiaodong cuisine in the peninsula; and Confuciuss Mansion cuisine, an elaborate tradition originally intended for imperial and other important feasts.

Shandong Bangzi and Luju are popular types of Chinese opera in Shandong; both originated from southwestern Shandong. 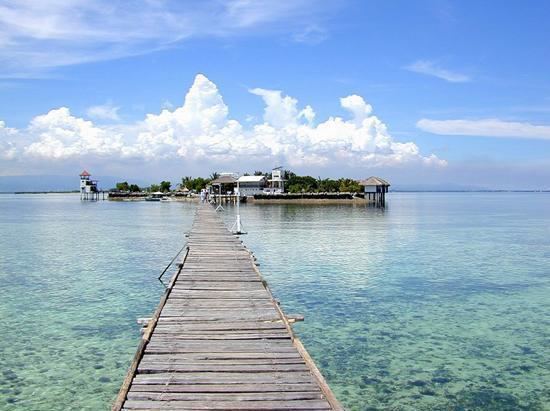 Tourist attractions in Shandong include: 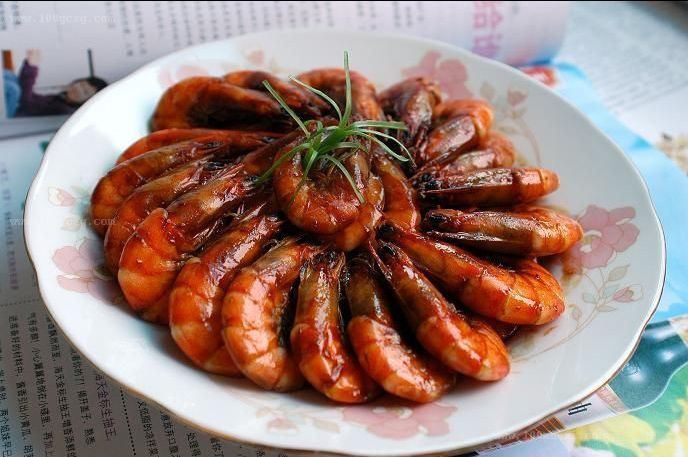