Jharkhand ( "Bushland"), is a state in eastern India. It was carved out of the southern part of Bihar on 15 November 2000. Jharkhand shares its border with the states of Bihar to the north, Uttar Pradesh and Chhattisgarh to the west, Odisha to the south, and West Bengal to the east. It has an area of 79,710 km2 (30,778 sq mi).

The industrial city, Ranchi, is its capital and Dumka is sub capital, Jamshedpur is the largest and the biggest industrial city of the state, while Dhanbad and Bokaro Steel City is the second & fourth most populous city. Jharkhand accounts for 40% of the mineral resources of India.

According to some writers like Gautam Kumar Bera, there was already a distinct geo-political, cultural entity called Jharkhand even before the period of Magadha Empire. Beras book (page 33) also refers to the Hindu Mythological book Bhavishya Purana. The tribal rulers, some of whom continue to thrive till today were known as the Munda Rajas, who basically had ownership rights to large farmlands. Many scholars now believe that the language used by tribes in the state of Jharkhand is identical to the one used by Harappa people. This has led to a great interest in the deciphering of Harappa inscriptions using rock paintings and language used by these tribes. For a greater part of Vedic age, Jharkhand remained unnoticed. During the age of Mahajanpadas around 500 BC, India saw the emergence of 16 large states that controlled the entire Indian subcontinent. In those days the northern portion of Jharkhand state was a tributary to Magadha (ancient Bihar) Empire and southern part was a tributary to Kalinga (ancient Orissa) Empire.

According to legend, Raja Jai Singh Deo of Orissa had declared himself the ruler of Jharkhand in the 13th century. The Singh Deos of Orissa have been very instrumental in the early history of Jharkhand. The local tribal heads had developed into barbaric dictators who could govern the province neither fairly nor justly. Consequently, the people of this state approached the more powerful rulers of Jharkhands neighboring states who were perceived to have a more fair and just governance. This became the turning point in the history of the region wherein rulers from Orissa moved in with their armies and created states that were governed for the benefit of the people and involved their participation, thus ending the barbarism that had marked the region for centuries. The good tribal rulers continued to thrive and were known as the Munda Rajas, and exist to this day. Later, during the Mughal period, the Jharkhand area was known as Kukara. in the year 1765, it came under the control of the British Empire and became formally known under its present title, "Jharkhand" - the Land of "Jungles" (forests) and "Jharis" (bushes).

Most of the state lies on the Chota Nagpur Plateau, which is the source of the Koel, Damodar, Brahmani, Kharkai, and Subarnarekha rivers, whose upper watersheds lie within Jharkhand. Much of the state is still covered by forest. Forest preserves support populations of tigers and Asian Elephants. 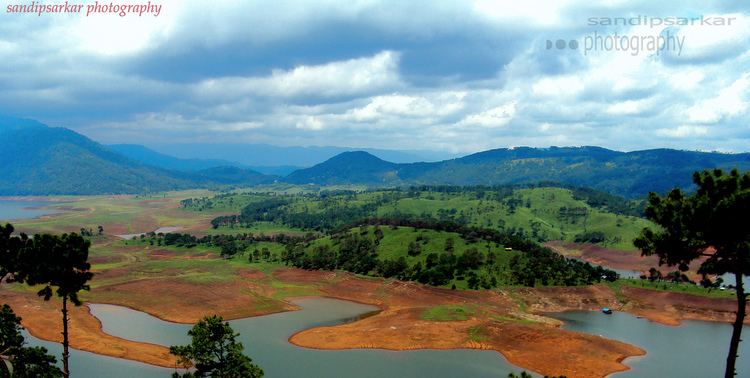 Soil content of Jharkhand state mainly consist of soil formed from disintegration of rocks and stones, and soil composition is further divided into:

Being a tribal dominated state, nature has been given utmost importance in every sphere of life and culture. Branches of sacred trees are brought and ceremonially planted in the courtyards. Devotees then worship these tree parts associated with gods/goddesses. Karma puja, Jitia Puja, Sarhul are a few examples. Poush Mela or Tusu Fair is a significant occasion celebrated during the Makar Sankranti wherein brightly coloured excellently decorated symbolic artefacts of folk deity are carried by the people. This is a folk harvesting festival. Tusu is a folk belief, not about any God or Goddess, but about a sweet little girl of the tribal folk. The festival takes place as new crops are harvested. The entire festival is a very colourful one. It takes the shape of the all-around festive mood of the tribal people, where everyone takes part.

Jharkhands gross state domestic product for 2011 is estimated at $21.7 billion at current prices. Since it is rich in minerals, the state per capita income is likely to increase in the coming years. Industralised cities like Jamshedpur, Bokaro and Dhanbad have very high per capita income. 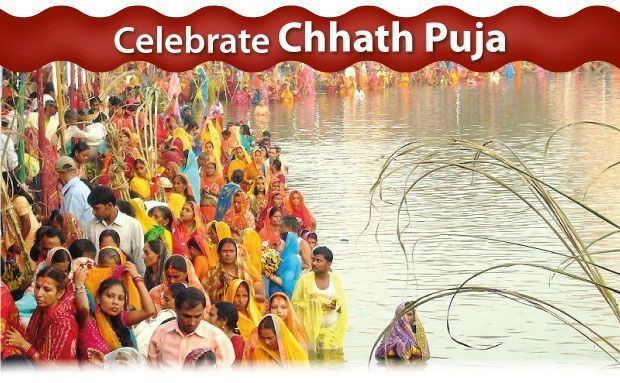 In whole Chotanagpur Plateau Region, among the local people the Karam Festival is celebrated with great pomp and show.

Among the Oraon Tribe, the Karam festival is one of the most important festivals and holds a very important place in their social and religious life. It is usually celebrated 15 days after the Kunwaar-Shukl-Paksh. After the fixation of the date for the festival, the local population start their preparation; for instance, they start buying the culinary-items to prepare traditional dishes, new clothes for the occasion, etc. Besides, for the Karam-Puja, they buy oil, Sindoor, Daliya, et al. Being a very important community festival of the region, it is celebrated by the entire Oraon and other local communities of the region; now in its modern day re-embodiment, the festivity has spread far and wide, from the rural to the urban ambience, and from Chotanagpur to other parts of country.

One of the most interesting aspects of these special clothes given as gift is that these Karam-clothes are hand-woven by the mother and father for their child, after hours of hard-works. It signifies, the clothes save them from the bad influence and the habits. The Karam and these Karam-Clothes are considered very auspicious. It is also believed that the children are offered to Karam, for the showering of its constant guidance and blessings to the child, in fact the entire family. The festival of Sohrai is another interesting festival which is celebrated around Diwali.

Jharkhandis have a cuisine in which spices are rarely used and rice is the staple diet. They prepare different dishes of rice, different types of Rotis, Litti Chokha, Pani puri (Gupchup), Pittha, Dhuska, Dudhauri, kera-dudhauri, Jhalmudhi etc. Dhuska is a famous dish of Jharkhand cooked with mashed rice and pulses and served with either aaloo dum or mutton curry; kera-dudhauri is a famous dish prepared with milk, rice, ghee and gur. In many parts of Jharkhand including Panch Pargana area (Bundu, Rahe, Sonahatu, Silli, Angara, Arki and Tamar Blocks of Ranchi & Khunti districts) a special food item "Charpa" is prepared by frying mashed rice mixed with spicy vegetable preparations; hence the name follows viz. Sembi Charpa, Egg Charpa and many more depending upon the ingredient vegetable source.

Traditional Jharkhand cuisine is equally vegetarian as well as non-vegetarian. These traditional dishes are not available at the restaurants as they have not been commercialised. However on a visit to a tribal village or a tribal wedding in a remote area one can get a chance to taste such exotic food. All preparation except the pickles and festive ones are low on oil and spices.

Jharkhandis use different types of flowers as vegetables, such as the flowers of drum-stick, August and Jhirool. Use of Sag, i.e. leaves of different shrubs and other small plants, is perhaps another peculiarity of Jharkhandi food. Commonly used sags are Palak, Beng, Kataei, Gendhari, Saranti, Sunsunia, Koinar, methi, bhathua, Sarso and chana. "Maad Jhor" which a nutritious substitute for Daal is prepared by boiling saag in starch left after cooking rice. The same is made more delicious by adding flavour of Garlic fried in mustard oil (Tadka/Phodan in local language). Many vegetables and leaves are dried and stored for use out of season, and the same are consumed in the form of "Maad Jhor". In many village markets of Jharkhand you can easliy see women selling powdered dried leaves or other dried food items.

One more interesting food item is dried Mushrooms (various types of edible fungi) which is dried and stored when mushrooms are found abundantly during rainy season in the forests and/or sparsely populated remote villages. Fresh mushrooms (Khukhdi/Chhatu in local language) are given local names depending upon their place of origin/growth viz. Bala Chhatu, Jamun Khukhdi etc. are consumed in dry fried form (without spices) or with spicy curry/gravy.

Another rare food item found in Chotanagpur region of Jharkhand is Rugda. It grows naturally and are found in muddy fields of Chotanagpur region.It is considered a vegetable and is available during start of monsoon season for a very short period. It is believed that lightning effects its growth. Rugdas are small round balls with hard outside shell and very soft filling inside. It is generally prepared with curry cooked with spices and plenty of onion and is a delicacy just like chicken or mutton curry.

Local alcoholic drinks include rice beer, originally known as Handiya, named after the vessel (earthen pot) used to make it. Handiya is culturally associated with native i.e. Tribals as well as Sadan, as this drink is consumed by both men and women, on social occasions like marriage and other festivals. Another common liquor is called Mahu, made from fruit/flowers of the "Mahua" tree (Madhukam Indicum).

There are many foods that are a part of the traditional cuisine that are also known for their medicinal values, like Kurthi (Horse gram), which is used like a kind of pulses and is considered a cure for kidney stones and is also recommended for fast recovery after childbirth. Fruits such as Jackfruit, Blackberry, Mango and Litchi are found in abundance.