Sapporo (, Sapporo-shi)  listen  is the fourth-largest city in Japan by population, and the largest city on the northern Japanese island of Hokkaido. Located in Ishikari Subprefecture, it is the capital of Hokkaido Prefecture, and an ordinance-designated city of Japan.

Sapporo is known outside Japan for having hosted the 1972 Winter Olympics, the first ever held in Asia, and for the citys annual Yuki Matsuri, internationally referred to as the Sapporo Snow Festival, which draws more than 2 million tourists from around the world. The city is also home to Sapporo Brewery and the famous white chocolate biscuits called shiroi koibito (, "white sweetheart").

The best place to retire to sapporo japan

Before its establishment, the area occupied by Sapporo (known as the Ishikari Plain) was home to a number of indigenous Ainu settlements. In 1866, at the end of the Edo Period, construction began on a canal through the area, encouraging a number of early settlers to establish Sapporo village. The settlements name was taken from the Ainu language sat poro pet (), and can be translated as "dry, great river".

In 1868, the officially recognized year celebrated as the birth of Sapporo, the new Meiji government concluded that the existing administrative center of Hokkaido, which at the time was the port of Hakodate, was in an unsuitable location for defense and further development of the island. As a result it was determined that a new capital on the Ishikari Plain should be established. The plain itself provided an unusually large expanse of flat, well drained land which is relatively uncommon in the otherwise mountainous geography of Hokkaido.

During 1870–1871, Kuroda Kiyotaka, vice-chairman of the Hokkaido Development Commission (Kaitaku-shi) approached the American government for assistance in developing the land. As a result, Horace Capron, Secretary of Agriculture under President Ulysses S. Grant, became an oyatoi gaikokujin and was appointed as a special advisor to the commission. Construction began around Odori Park, which still remains as a green ribbon of recreational land bisecting the central area of the city. The city closely followed a grid plan with streets at right-angles to form city blocks.

The continuing expansion of the Japanese into Hokkaido continued, mainly due to migration from the main island of Honshu immediately to the south, and the prosperity of Hokkaido and particularly its capital grew to the point that the Development Commission was deemed unnecessary and was abolished in 1882.

Edwin Dun (oyatoi gaikokujin) came to Sapporo to establish sheep and cattle ranches in 1876. He also demonstrated pig raising and the making of butter, cheese, ham and sausage. He married a Japanese woman. He once went back to the US in 1883 but returned to Japan as a secretary of government.

William S. Clark (oyatoi gaikokujin) who was the president of the Massachusetts Agricultural College (now the University of Massachusetts Amherst) came to be the founding vice-president of Sapporo Agricultural College (now Hokkaido University) for only eight months from 1876 to 1877. He taught academic subjects in science and lectured on the Bible as an "ethics" course, introducing Christian principles to the first entering class of the College.

In 1880, the entire area of Sapporo was renamed as "Sapporo-ku" (Sapporo Ward), and a railroad between Sapporo and Temiya, Otaru was laid. That year the Hoheikan, a hotel and reception facility for visiting officials and dignitaries, was erected adjacent to the Odori Park. It was later moved to Nakajima Park where it remains today. Two years later, with the abolition of the Kaitaku-shi, Hokkaido was divided into three prefectures: Hakodate, Sapporo, and Nemuro. The name of the urban district in Sapporo remained Sapporo-ku, while the rest of the area in Sapporo-ku was changed to Sapporo-gun. The office building of Sapporo-ku was also located in the urban district.

Sapporo, Hakodate, and Nemuro Prefectures were abolished in 1886, and Hokkaido government office building, an American-neo-baroque-style structure with red bricks, constructed in 1888. The last squad of the Tondenhei, the soldiers pioneering Hokkaido, settled in the place where the area of Tonden in Kita-ku, Sapporo is currently located. Sapporo-ku administered surrounding Sapporo-gun until 1899, when the new district system was announced. After that year, Sapporo-ku was away from the control of Sapporo-gun. The "ku" (district) enforced from 1899 was an autonomy which was a little bigger than towns, and smaller than cities. In Hokkaido at that time, Hakodate-ku and Otaru-ku also existed.

Sapporo is a city located in the southwest part of Ishikari Plain and the alluvial fan of the Toyohira River, a tributary stream of the Ishikari River. Roadways in the urban district are laid to make grid plan road. The western and southern part of Sapporo are occupied by a number of mountains including Mount Teine, Maruyama, and Mount Moiwa, as well as a lot of rivers including the Ishikari River, Toyohira River, and Sosei River. 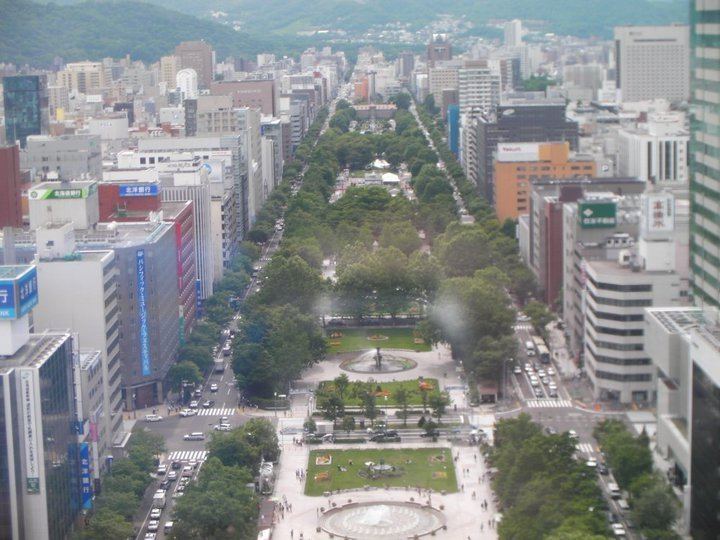 Sapporo has many parks, including Odori Park, which is located in the heart of the city and hosts a number of annual events and festivals throughout the year. Moerenuma Park is also one of the largest parks in Sapporo, and was constructed under the plan of Isamu Noguchi, a Japanese-American artist and landscape architect.

The tertiary sector dominates Sapporos industry. Major industries include information technology, retail, and tourism, as Sapporo is a destination for winter sports and events and summer activities due to its cool climate. 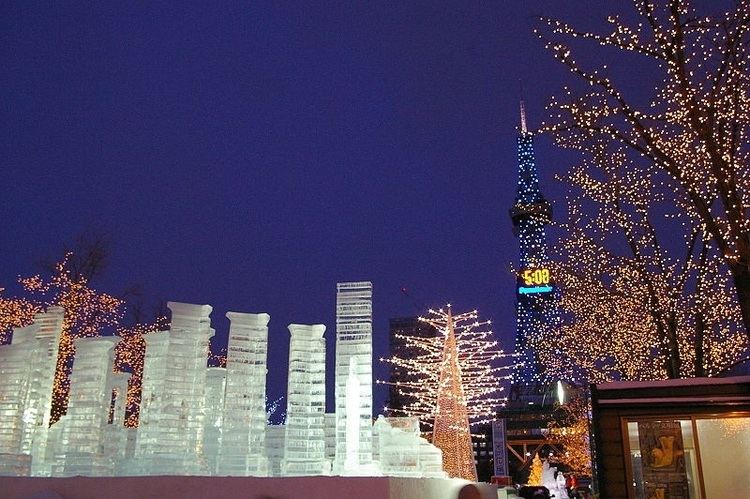 Sapporo is known as the birthplace of miso ramen, a ramen noodle dish using miso, and Sapporo ramen is also widely known. The Kouraku Ramen Meitengai, an alley lined with many ramen restaurants, was established in 1951 in Susukino district. After its demolition due to plans for the Sapporo Olympics, the Ganso Sapporo Ramen Yokocho was established in the same place. It attracts many tourists throughout the year. From the year 1966, a food company named Sanyo Foods began to sell instant ramen under the brand name "Sapporo Ichiban." In 2001, Sapporo ramen was listed as one of the Hokkaido Heritage along with Asahikawa ramen and Hakodate ramen. On October 1, 2004, the Sapporo Ramen Republic, a theme park focused on ramen, was opened at the 10th floor of Sapporo Esta, a commercial complex in front of Sapporo Station. 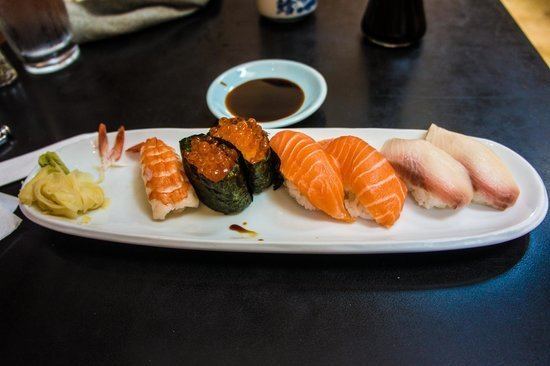 Soup curry, a liquid curry with vegetables and chicken, is also one of the specialties in Sapporo. Plenty of soup curry restaurants are in the cities and towns in Hokkaido. Sapporo Sweets, a confectionery using many ingredients from Hokkaido, is popular, and the Sapporo Sweets Competition is held annually.

Sapporo is famed for fresh seafood such as salmon, sea urchin and crab in particular. It is noted for Haskup, a local variety of edible honeysuckle, similar to blueberries.