Rijeka ( Slovene: ; Italian and Hungarian: ; German: ) is the principal seaport and the third-largest city in Croatia (after Zagreb and Split). It is located on Kvarner Bay, an inlet of the Adriatic Sea and has a population of 128,624 inhabitants (2011). The metro area, which includes adjacent towns and municipalities, has a population of 245,054 (2011).

Historically, because of its strategic position and its excellent deep-water port, the city was fiercely contested, especially among Italy, Hungary, and Croatia, changing hands and demographics many times over centuries. According to the 2011 census data, the overwhelming majority of its citizens (82.52%) are Croats, along with the important Bosniak, Italian and Serb minorities.

Rijeka is the centre of Primorje-Gorski Kotar County. The citys economy largely depends on shipbuilding (shipyards "3. Maj" and "Viktor Lenac Shipyard") and maritime transport. Rijeka hosts the Croatian National Theatre "Ivan pl. Zajc", first built in 1765, as well as the University of Rijeka, founded in 1973 but with roots dating back to 1632.

Apart from Croatian, the population also uses its own unique version of the Venetian language (Fiumano), with an estimated 20,000 speakers among the autochtone Croats and various minorities. Historically it served as a lingua franca for the many ethnicities inhabiting the multicultural port-town.

The city is known by the Croatian name Rijeka and its variations (Slovene Reka, Croatian dialectal Reka and Rika), as well as by the Italian Fiume. These names mean river in each of the languages. Hungarian also uses the Italian name. Historically it was also called Sankt Veit am Flaum or Pflaum in German, and Tarsatica, Vitopolis, or Flumen in Latin.

Though traces of Neolithic settlements can be found in the region, the earliest modern settlements on the site were Celtic Tarsatica (modern Trsat, now part of Rijeka) on the hill, and the tribe of mariners, the Liburni, in the natural harbour below. The city long retained its dual character. Pliny mentioned Tarsatica in his Natural History (iii.140). 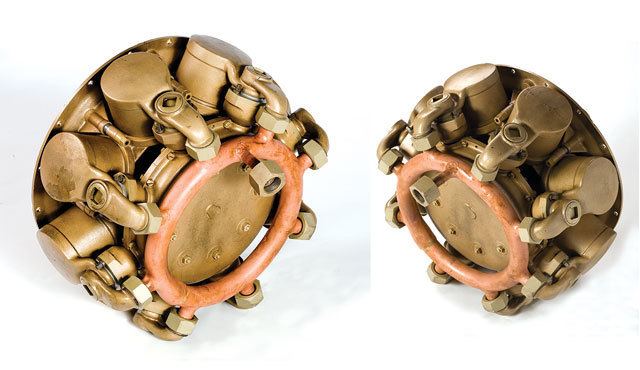 In the time of Augustus, the Romans rebuilt Tarsatica as a municipium Flumen (MacMullen 2000), situated on the right bank of small river Rjecina (whose name means "the big river"). After the 4th century the city was rededicated to St. Vitus, the citys patron saint, as Terra Fluminis sancti Sancti Viti or in German Sankt Veit am Pflaum. In medieval times Rijeka acquired its Croatian name, Rika svetoga Vida ("the river of St. Vitus") when it was a city surrounded by a wall and was thus a feudal stronghold. The fort was in the centre of the city, at its highest point. From the 5th century onwards, the town was ruled successively by the Ostrogoths, the Byzantines, the Lombards, and the Avars. Croats had settled here since the 7th century.

In 799 Rijeka was attacked by the Frankish troops of Charlemagne, their Siege of Trsat was once repulsed, whereby the Frankish commander Margrave Eric of Friuli was killed. However, the Frankish forces finally occupied and devastated the castle, while the Duchy of Croatia passed under the overlordship of the Carolingian Empire. From about 925, the town was part of the Kingdom of Croatia, from 1102 in personal union with Hungary. Trsat Castle and the town was rebuilt under the rule of the House of Frankopan. In 1288 the Rijeka citizens signed the Law codex of Vinodol, one of the oldest codes of law in Europe.

Rijeka even rivalled with Venice when it was purchased by the Habsburg emperor Frederick III, Archduke of Austria in 1466. It would remain under Habsburg overlordship for over 450 years, except for French rule between 1805 and 1813, until its occupation by Italian and Croat irregulars at the end of World War I. 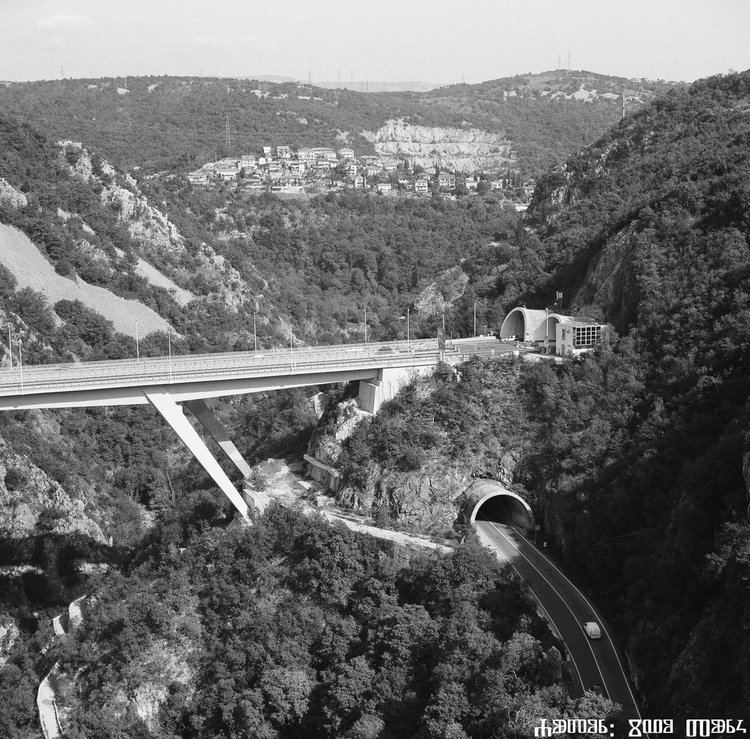 Rijekas position overlooking the Kvarner Bay with its islands (Cres, Krk) on the south, the Ucka mountain on the west, the mountains of Gorski Kotar to the north and the Velebit range to the east offers an impressive natural setting. 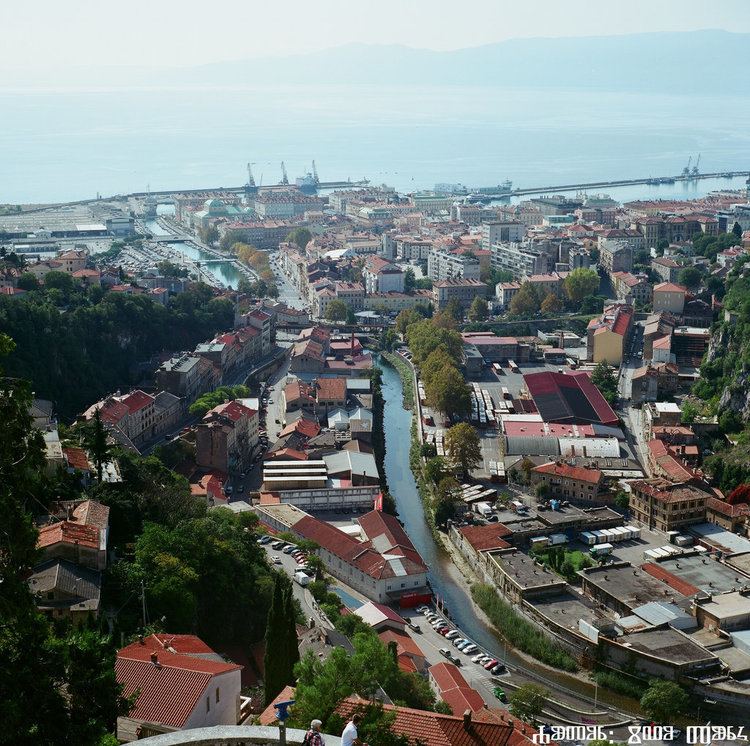 The terrain configuration, with mountains rising steeply just a few miles inland from the shores of the Adriatic, provides for some striking climatic and landscape contrasts within a small geographic area. Beaches can be enjoyed throughout summer in a typically Mediterranean setting along the coastal areas of the city to the east (Pecine, Kostrena) and west (Kantrida, Preluk). At the same time, the ski resort of Platak, located only about 10 kilometers (6.2 mi) from the city, offers alpine skiing and abundant snow during winter months (at times until early May). The Kvarner Bay and its islands are visible from the ski slopes.

Rijeka has a Humid subtropical climate with warm summers and relatively mild and rainy winters. Snow is rare (usually 3 days per year, almost always occurring in patches). There are 22 days a year with a maximum of 30 °C (86 °F) or higher, while on one day a year the temperature does not exceed 0 °C (32 °F). Fog appears in about 4 days per year, mainly in winter. The climate is also characterized by frequent rainfall. Cold (bora) winds are common in wintertime.

Belfast Food is a music band from Rijeka, Croatia, performing Irish folk and rock music under their current name since 1996.

Breakfast at rijeka croatia shaggy shags out of the island

They have been featured on national charts at least once.