Paul Stephen Rudd (born April 6, 1969) is an American actor, comedian, writer and producer. He has primarily appeared in comedies, and is known for his roles in the films Clueless (1995), Wet Hot American Summer (2001), Anchorman: The Legend of Ron Burgundy (2004), The 40-Year-Old Virgin (2005), Knocked Up (2007), Role Models (2008), I Love You, Man (2009), Wanderlust (2012), This Is 40 (2012), and Anchorman 2: The Legend Continues (2013). In television, he appeared in the early 1990s on the NBC drama Sisters and some years later he appeared as Mike Hannigan on the NBC sitcom Friends. Other guest television roles have included an appearance on the Tim and Eric show, a recurring role on Parks and Recreation as politician Bobby Newport, and hosting Saturday Night Live. In 2015, Rudd starred as Scott Lang / Ant-Man in Marvel Studios' Ant-Man and will be reprising the character in Captain America: Civil War, set for release May 6, 2016. Rudd received a star on the Hollywood Walk of Fame on July 1, 2015. 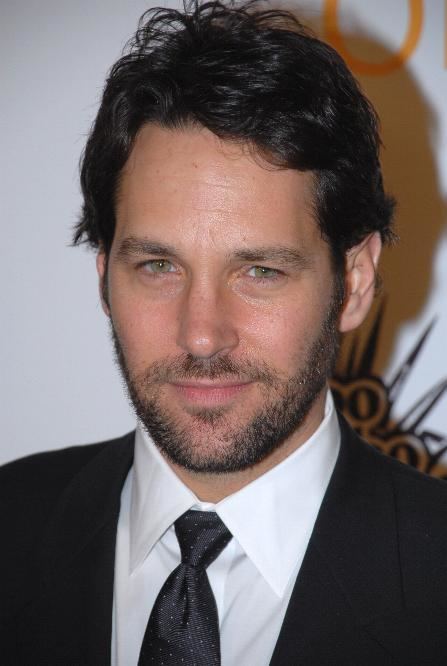 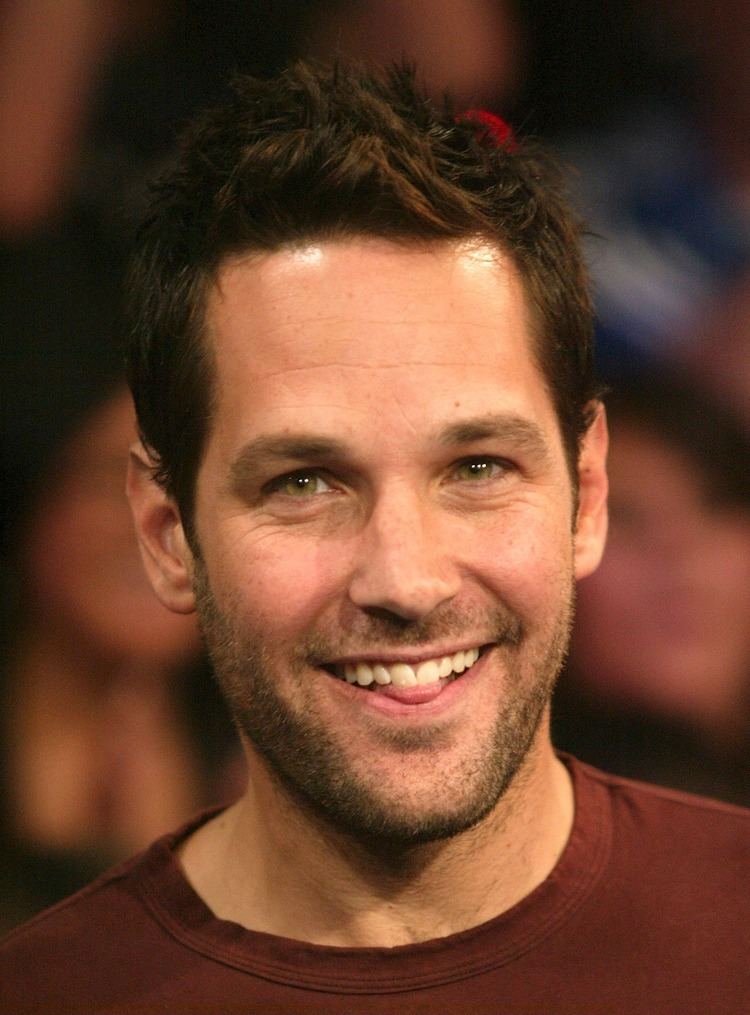 Rudd was born on April 6, 1969 in Passaic, New Jersey. His father, Michael, was a historical tour guide who was formerly the vice president of Trans World Airlines and died from cancer, while his mother, Gloria, was a sales manager at the television station KCMO-TV in Kansas City, Missouri. His parents were British, his father from Edgware and his mother from Surbiton, both in London. Rudd's parents were both Jewish (descended from Jewish immigrants who moved from Russia and Poland to England). The family's original surname, "Rudnitzky," was changed by his grandfather to "Rudd." Rudd had a bar mitzvah ceremony. When he was ten, Rudd's family moved to Overland Park, Kansas. His family also spent three years living in Anaheim, California, because of his father's occupation. 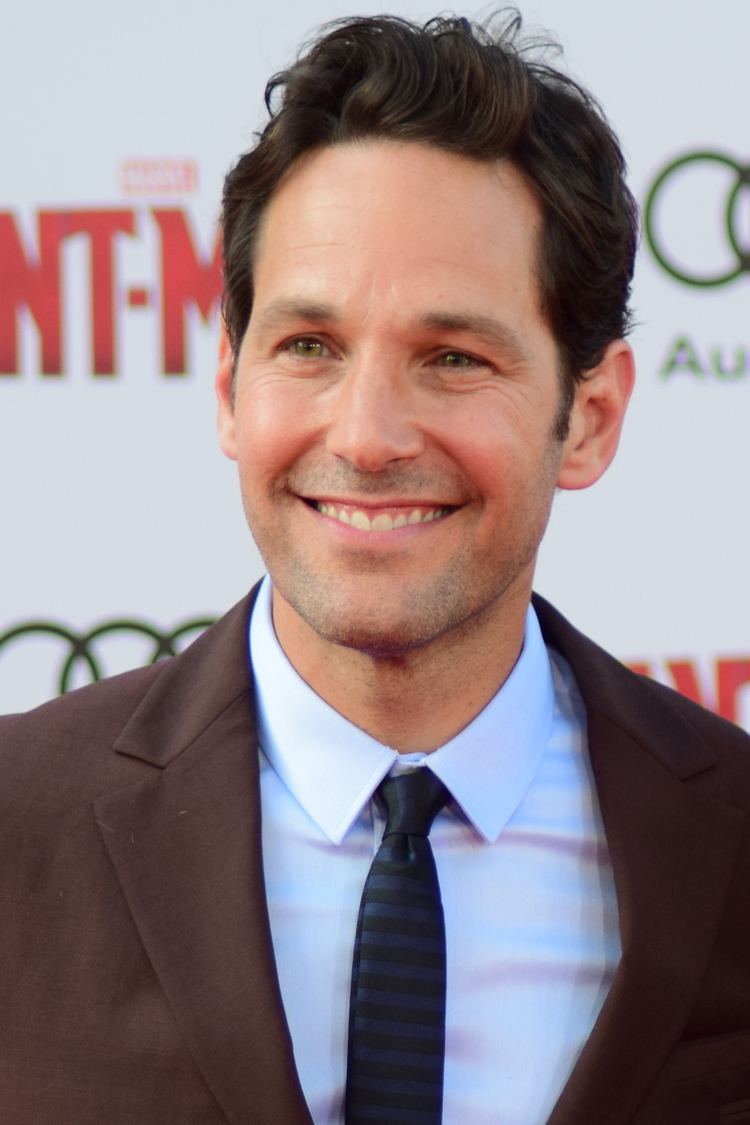 Rudd attended Broadmoor Junior High and Shawnee Mission West High School. Rudd then went to the University of Kansas, where he majored in theater. He was a member of the Sigma Nu fraternity's Nu Chapter there. After graduating, he studied at the American Academy of Dramatic Arts/West in Los Angeles. Rudd spent three months studying Jacobean drama at the British American Drama Academy based in Oxford, U.K. While attending acting school, Rudd worked as a Bar Mitzvah disc jockey. 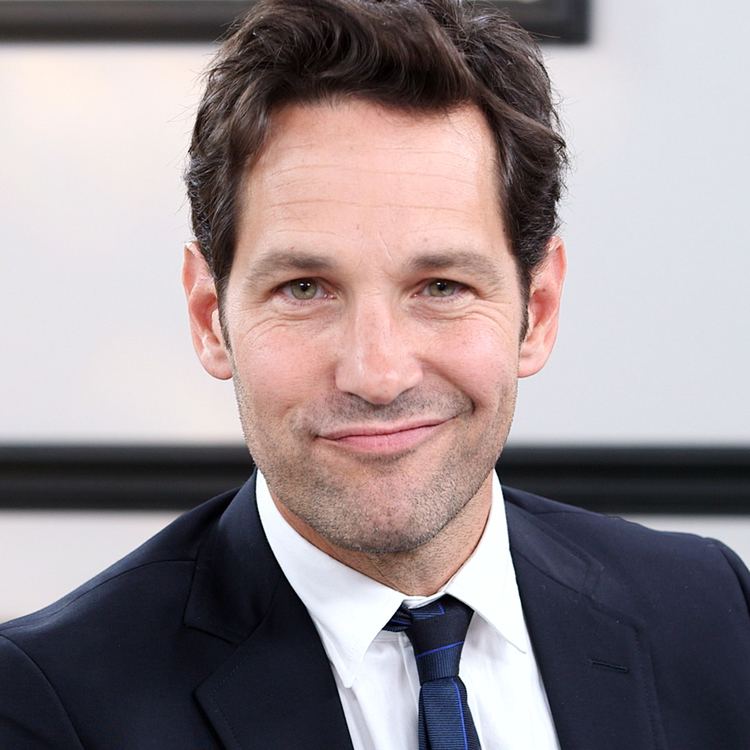 Rudd made his acting debut in 1992 with the television drama Sisters where he played Kirby Quimby Philby. In 1994 he appeared in Wild Oats for 6 episodes. Rudd left Sisters in 1995 to then appear in the comedy film Clueless with Alicia Silverstone. He also appeared in Halloween: The Curse of Michael Myers, William Shakespeare's Romeo + Juliet, The Locusts, Overnight Delivery, The Object of My Affection, and 200 Cigarettes. He was then in the 1999 film The Cider House Rules that earned him and the cast a SAG nomination for Outstanding Performance by a Cast in a Motion Picture. 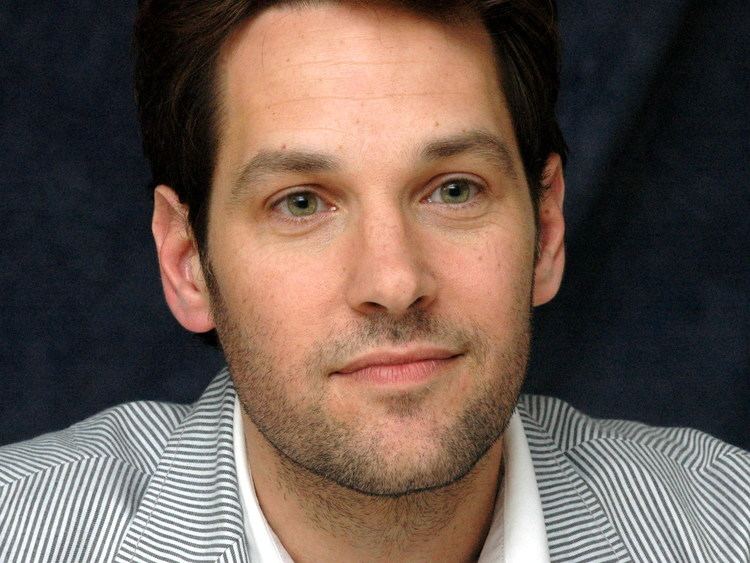 He played FBI Agent Ian Curtis in Benny Chan's 2000 Hong Kong action film Gen-Y Cops. In 2002, he was cast as Mike Hannigan on the sitcom Friends who dates and then marries Phoebe Buffay, played by Lisa Kudrow. In 2006, he appeared in several episodes of Reno 911! as "Guy Gerricault" (pronounced "jericho"), the coach of a lamaze class, and then portrayed a drug lord in the Reno 911!: Miami film. He guest-starred as a has-been 1990s rock star, Desmond Fellows, on the television series Veronica Mars, in the 2007 episode "Debasement Tapes". 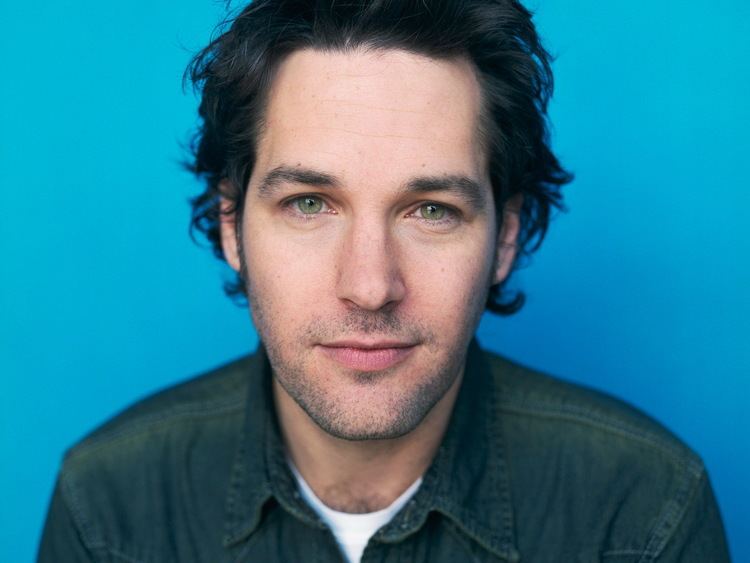 The year 2004 marked the start of his work with director/producer Judd Apatow, first on the film Anchorman: The Legend of Ron Burgundy as Brian Fantana with Steve Carell, David Koechner and Will Ferrell, produced by Apatow and again in 2005 in The 40-Year-Old Virgin with Steve Carell and Seth Rogen, directed by Apatow. He subsequently worked with Apatow in 2007's Knocked Up, as frustrated husband Pete, married to Leslie Mann's character. In that film, he co-starred with Jason Segel, Jonah Hill, Seth Rogan, and Jay Baruchel. Rudd appeared as John Lennon in the comedy film Walk Hard: The Dewey Cox Story in 2007 and as the drug-addled surf instructor in Nicholas Stoller's Forgetting Sarah Marshall in 2008 with Jason Segel and Jonah Hill, both of which Apatow produced. Rudd appeared as uncredited cameos in Year One (2009) and Bridesmaids (2011). In 2012, he starred and also co-produced with Apatow on the film Wanderlust with Jennifer Aniston. He starred in the comedy film This Is 40 with Leslie Mann, a spinoff from Knocked Up, which was directed and produced by Apatow. He reprised his role as Brian Fantana in the 2013 sequel Anchorman 2: The Legend Continues.

In 2007, he starred in both The Oh in Ohio and The Ten, which reunited him with David Wain and Michael Showalter. And then in Over Her Dead Body with Eva Longoria the next year. His next comedy which he also wrote, Role Models, he and co-star Seann William Scott portray energy-drink salesmen forced to perform community service in a child mentoring program.

In 2009, Rudd again appeared with Jason Segel in I Love You Man where he and Segel play buddies who bond over their shared love for the rock band Rush. Both Rudd and Segel are themselves fans of the band. Also in 2009, Rudd co-created the TV series Party Down with John Embom, Rob Thomas and Dan Etheridge. He lent his voice to the DreamWorks computer-animated hit movie Monsters Vs. Aliens. In 2010, he reunited with Steve Carell for the first time since The 40-Year-Old Virgin for the Jay Roach-directed comedy Dinner for Schmucks. In 2012, he had a supporting role in the teen drama The Perks of Being a Wallflower, playing Mr. Anderson, a teacher of Charlie, played by Logan Lerman.

He starred in the 2011 comedy-drama film Our Idiot Brother with Elizabeth Banks, Zooey Deschanel, and Emily Mortimer. It would be the fifth film that Rudd starred in with Elizabeth Banks. He had previously appeared with her in Wet Hot American Summer (2001), The Baxter (2005), The 40-Year-Old Virgin (2005) and Role Models (2008).

In 2012, he signed to appear on four episodes of NBC's Parks and Recreation as Bobby Newport, a candidate for City Council and a rival of Amy Poehler's character Leslie Knope. A role which he won the Critics' Choice Television Award for Best Guest Performer in a Comedy Series.

On December 19, 2013, Rudd was officially confirmed as cast in the 2015 Marvel film Ant-Man. He played lead character Scott Lang/Ant-Man, and also co-wrote the screenplay with Adam McKay. In May 2015, Marvel Studios confirmed Rudd will reprise his role in Captain America: Civil War.

Rudd will next be seen in the comedy-drama film The Revised Fundamentals of Caregiving, alongside Selena Gomez, and will lend his voice to the animated films Sausage Party, starring Seth Rogen and Jonah Hill, and The Little Prince, starring Jeff Bridges and Benicio Del Toro. He will also reprise his role as Andy from Wet Hot American Summer in the Netflix prequel Wet Hot American Summer: First Day of Camp, alongside an ensemble cast including Bradley Cooper, Amy Poehler and Elizabeth Banks, all reprising their roles from the 2001 film.

In 2014 he began providing voiceovers for Hyundai television commercials. He has also voiced the audiobook recordings of John Hodgman's books The Areas of My Expertise (2005) and More Information Than You Require (2008).

As part of a running gag during his appearances on Late Night with Conan O'Brien, The Tonight Show with Conan O'Brien and Conan, Rudd has brought a clip from the film Mac and Me, where the wheelchair-bound Eric (Jade Calegory) flies off a cliff while Mac watches on, instead of showing clips from the actual film he is there to promote.

Rudd has also appeared in Broadway plays, the first being The Last Night of Ballyhoo as Joe Farkas in 1997. The next year he appeared in Twelfth Night with Kyra Sedgwick and Max Wright at the Lincoln Center Theatre. In 2006, he appeared in the Broadway production of Richard Greenberg's Three Days of Rain with Bradley Cooper and Julia Roberts at the Bernard Jacobs Theater.