Devon ( archaically known as Devonshire) is a county of England, reaching from the Bristol Channel in the north to the English Channel in the south. It is part of South West England, bounded by Cornwall to the west, Somerset to the northeast, and Dorset to the east. The City of Exeter is the county town; seven other districts of East Devon, Mid Devon, North Devon, South Hams, Teignbridge, Torridge, and West Devon are under the jurisdiction of Devon County Council; Plymouth and Torbay are each a part of Devon but administered as unitary authorities. Combined as a ceremonial county, Devons area is 6,707 km2 (2,590 square miles), and its population is about 1.1 million.

Devon derives its name from Dumnonia, which, during the British Iron Age and Roman Britain, was the homeland of the Dumnonii Celts. The Anglo-Saxon settlement of Britain resulted in the partial assimilation of Dumnonia into the Kingdom of Wessex during the eighth and ninth centuries. The western boundary with Cornwall was set at the River Tamar by King Æthelstan in 936. Devon was constituted as a shire of the Kingdom of England thereafter.

The north and south coasts of Devon each have both cliffs and sandy shores, and the countys bays contain seaside resorts, fishing towns, and ports. The inland terrain is rural, generally hilly, and has a low population density in comparison to many other parts of England. Dartmoor is the largest open space in southern England at 954 km2 (368 square miles), its moorland extending across a large expanse of granite bedrock. To the north of Dartmoor are the Culm Measures and Exmoor. In the valleys and lowlands of south and east Devon the soil is more fertile, drained by rivers including the Exe, the Culm, the Teign, the Dart, and the Otter.

As well as agriculture, much of the economy of Devon is linked with tourism. The comparatively mild climate, coastline and landscape give rise to Devon as a destination for recreation and leisure in England, with visitors particularly attracted to the Dartmoor and Exmoor national parks; its coasts, including the resort towns along the south coast known collectively as the English Riviera, the Jurassic Coast, and North Devons UNESCO Biosphere Reserve; and the countryside including the Cornwall and West Devon Mining Landscape. 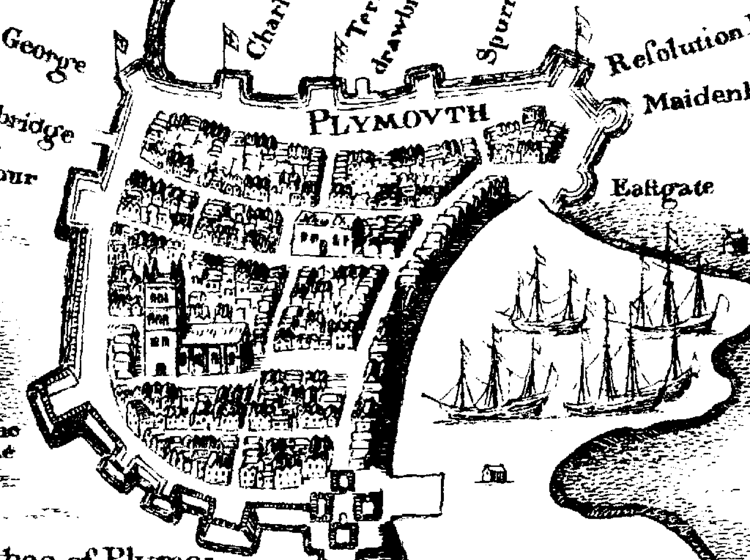 The name Devon derives from the name of the Britons who inhabited the southwestern peninsula of Britain at the time of the Roman conquest of Britain known as the Dumnonii, thought to mean "deep valley dwellers" from proto Celtic *dubnos deep. In the Brittonic, Devon is known as Welsh: , Breton: and Cornish: , each meaning "deep valleys." (For an account of Celtic Dumnonia, see the separate article.) 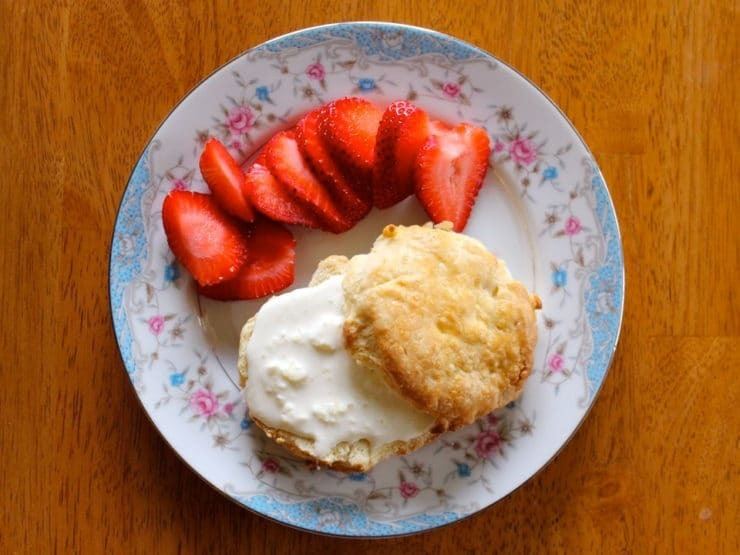 William Camden, in his 1607 edition of Britannia, described Devon as being one part of an older, wider country that once included Cornwall:

THAT region which, according to the Geographers, is the first of all Britaine, and, growing straiter still and narrower, shooteth out farthest into the West, [...] was in antient time inhabited by those Britans whom Solinus called Dumnonii, Ptolomee Damnonii [...] For their habitation all over this Countrey is somewhat low and in valleys, which manner of dwelling is called in the British tongue Dan-munith, in which sense also the Province next adjoyning in like respect is at this day named by the Britans Duffneit, that is to say, Low valleys. [...] But the Country of this nation is at this day divided into two parts, knowen by later names of Cornwall and Denshire, [...]

The term "Devon" is normally used for everyday purposes e.g. "Devon County Council" but "Devonshire" continues to be used in the names of the "Devonshire and Dorset Regiment" and "The Devonshire Association". One erroneous theory is that the "shire" suffix is due to a mistake in the making of the original letters patent for the Duke of Devonshire, resident in Derbyshire. However, there are references to "Defenascire" in Anglo-Saxon texts from before 1000 AD (this would mean "Shire of the Devonians"), which translates to modern English as "Devonshire". The term Devonshire may have originated around the 8th century, when it changed from Dumnonia (Latin) to Defenascir.

Like neighbouring Cornwall to the west, historically Devon has been disadvantaged economically compared to other parts of Southern England, owing to the decline of a number of core industries, notably fishing, mining and farming. Agriculture has been an important industry in Devon since the 19th century. The 2001 UK foot and mouth crisis harmed the farming community severely. Since then some parts of the agricultural industry have begun to diversify and recover, with a strong local food sector and many artisan producers. Nonetheless the dairy industry is still suffering from the low prices offered for wholesale milk by major dairies and especially large supermarket chains.

Uniquely among English counties, Devon straddles a peninsula and so has two separate coastlines, on the Bristol Channel and Celtic Sea in the north, and on the English Channel in the south. The South West Coast Path runs along the entire length of both, around 65% of which is named as Heritage Coast. Before the changes to English counties in 1974, Devon was the third largest county by area and the largest of the counties not divided into county-like divisions (only Yorkshire and Lincolnshire were larger and both were sub-divided into ridings or parts, respectively). Since 1974 the county is ranked fourth by area (due to the creation of Cumbria) amongst ceremonial counties and is the third largest non-metropolitan county. The island of Lundy and the reef of Eddystone are also in Devon. The county has more mileage of road than any other county in England. 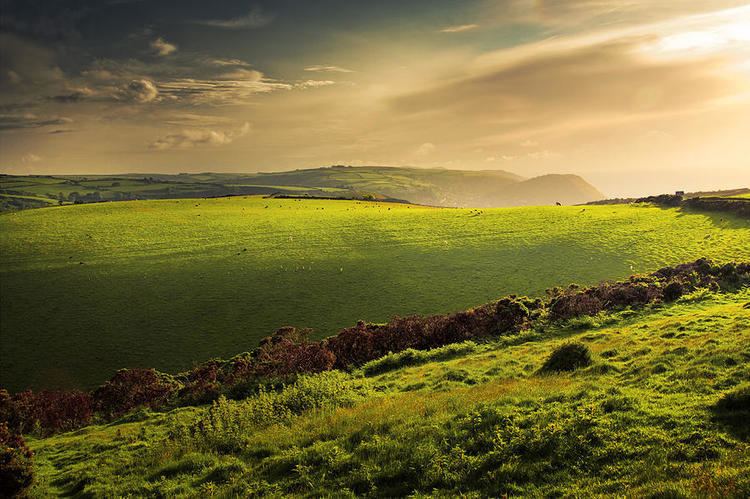 In South Devon the landscape consists of rolling hills dotted with small towns, such as Dartmouth, Ivybridge, Kingsbridge, Salcombe, and Totnes. The towns of Torquay and Paignton are the principal seaside resorts on the south coast. East Devon has the first seaside resort to be developed in the county, Exmouth and the more upmarket Georgian town of Sidmouth, headquarters of the East Devon District Council. Exmouth marks the western end of the Jurassic Coast World Heritage Site. Another notable feature is the coastal railway line between Newton Abbot and the Exe Estuary: the red sandstone cliffs and sea views are very dramatic and in the resorts railway line and beaches are very near.

North Devon is very rural with few major towns except Barnstaple, Great Torrington, Bideford and Ilfracombe. Devons Exmoor coast has the highest cliffs in southern Britain, culminating in the Great Hangman, a 318 m (1,043 ft) "hogs-back" hill with an 250 m (820 ft) cliff-face, located near Combe Martin Bay. Its sister cliff is the 218 m (715 ft) Little Hangman, which marks the western edge of coastal Exmoor. One of the features of the North Devon coast is that Bideford Bay and the Hartland Point peninsula are both west-facing, Atlantic facing coastlines; so that a combination of an off-shore (east) wind and an Atlantic swell produce excellent surfing conditions. The beaches of Bideford Bay (Woolacombe, Saunton, Westward Ho! and Croyde), along with parts of North Cornwall and South Wales, are the main centres of surfing in Britain. 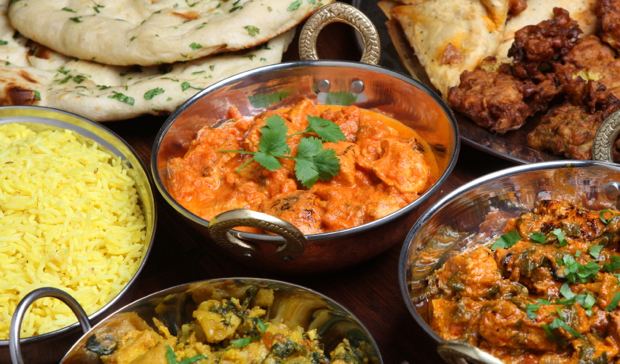 The county has given its name to a number of culinary specialities. The Devonshire cream tea, involving scones, jam and clotted cream, is thought to have originated in Devon (though claims have also been made for neighbouring counties); in other countries, such as Australia and New Zealand, it is known as a "Devonshire tea". In Australia, Devon is a name for luncheon meat (processed ham).

The cuisine of Devon in England has influenced, and been influenced, by other British cuisine.

As a predominantly rural county with a temperate climate, frequent rains and fertile soils, Devon has for centuries been a net exporter of high quality dairy produce, fresh fruit and vegetables, meat and fish, particularly after the nineteenth-century expansion in the railway network which enabled the fast transport of fresh goods to the cities. This tradition continues, and many food products, such as premium fish and crab landed in Brixham remain highly regarded, particularly in London.

As of 2012, Devon boasts a Michelin Guide two-starred restaurant at Gidleigh Park and three other one-starred establishments. Several high profile restaurant owners have relocated to Devon, to take advantage of its high quality produce, including Damien Hirst, Hugh Fearnley-Whittingstall and Mark Hix with a particular cluster in East Devon around Axminster, Ilfracombe and nearby Lyme Regis on the Dorset border. Another gastronomic cluster in the South Hams centred on Totnes, Dartmouth and Modbury, results from these communities pioneering of the Transition Towns concept to develop a sustainable relationship between producer and consumer in the rural economy, while the historic towns of Tavistock, Okehampton and Widecombe-in-the-Moor remain well known for their ancient seasonal markets. 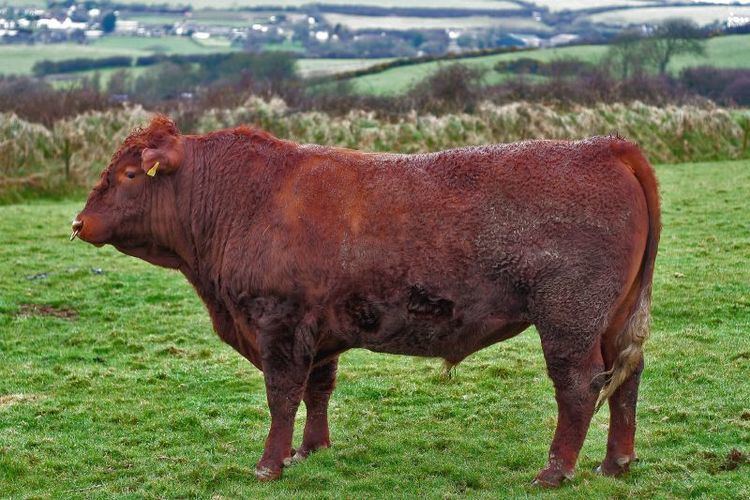 In October 2008, Devon was awarded Fairtrade County status by the Fairtrade Foundation.