Propelled to the top of the fashion world by a photogenic gaze he calls "Blue Steel," dimwitted male model Derek Zoolander (Ben Stiller) thinks hes got a fourth consecutive win as Male Model of the Year in the bag. But, when his rival, Hansel (Owen Wilson), unexpectedly takes the crown, Derek is crushed. He becomes easy prey for fashion designer Jacobim Mugatu (Will Ferrell), who signs Derek to star in his "Derelicte" fashion show, then brainwashes him to kill Malaysias prime minister. 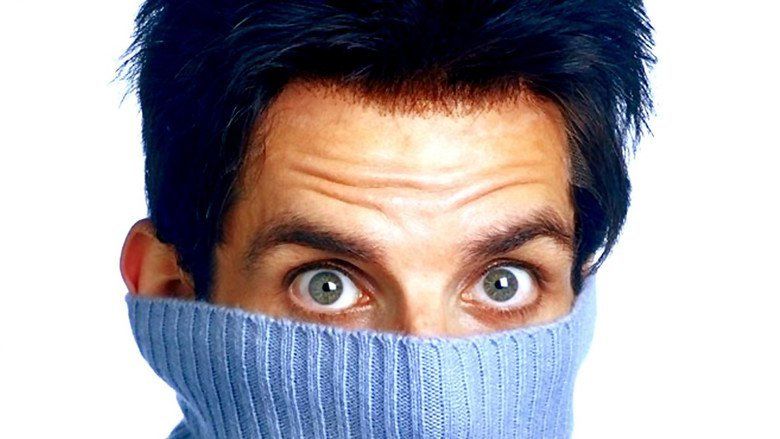 Zoolander is a 2001 American comedy film directed by Ben Stiller and starring Stiller and Owen Wilson. The film contains elements from a pair of short films directed by Russell Bates and written by Drake Sather and Stiller for the VH1 Fashion Awards television specials in 1996 and 1997. The short films and the film itself feature a dimwitted male model named Derek Zoolander (a play on the names of Dutch model Mark Vanderloo and American model Johnny Zander), played by Stiller. The film involves Zoolander becoming a pawn in a plot to assassinate the Prime Minister of Malaysia by corrupt fashion executives. 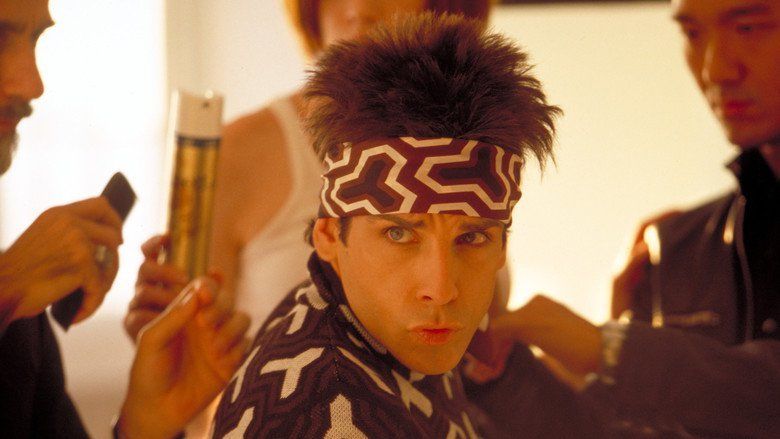 Clear the runway for Derek Zoolander, VH1's three-time male model of the year. His face falls when hippie-chic "he's so hot right now" Hansel scooters in to steal this year's award. The evil fashion guru Mugatu seizes the opportunity to turn Derek into a killing machine. Its a well-designed conspiracy and only with the help of Hansel and a few well-chosen accessories can Derek make the world safe. 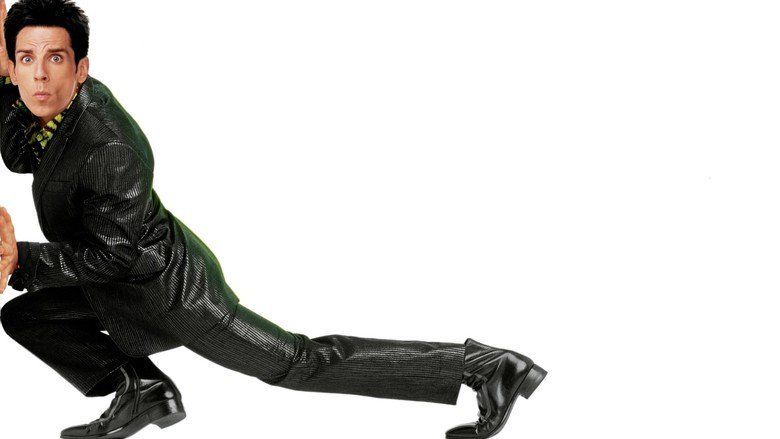 The dim-witted but good-natured Derek Zoolander is ousted as the top male fashion model by the rising star, Hansel, and his reputation is further tarnished by a critical article from journalist Matilda Jeffries. After his three roommates and colleagues are killed in a "freak gasoline-fight accident", Derek announces his retirement from modeling and attempts to reconnect with his father Larry and brothers Luke and Scrappy by helping in the coal mines. Dereks delicate methods make him an impractical miner, and his family rejects him. 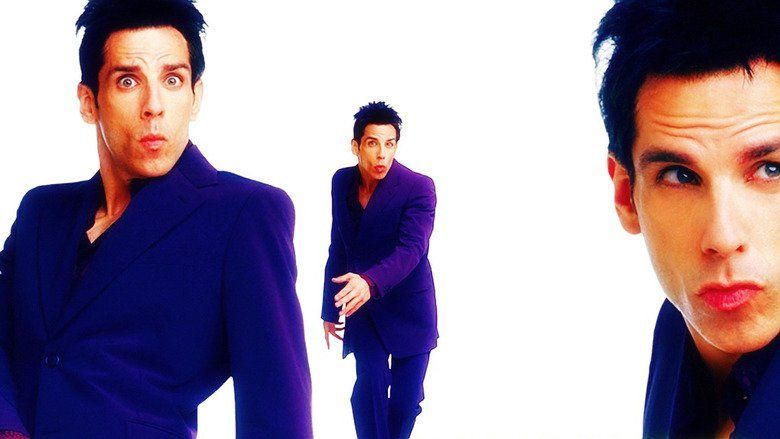 Meanwhile, fashion mogul Jacobim Mugatu and Dereks model agent Maury Ballstein are charged by the fashion industry to find a model who can be brainwashed into assassinating the new progressive-leaning Prime Minister of Malaysia, allowing them to retain cheap child labor in the country. Though Mugatu has previously refused to work with Derek for any show, Derek accepts Mugatus offer to star in the next runway show. Mugatu takes Derek to his headquarters, masked as a day spa, where Derek is conditioned to attempt the assassination when the song "Relax" by Frankie Goes to Hollywood is played. Matilda, feeling partially responsible for Dereks retirement, becomes suspicious of Mugatus offer and, tipped off by an anonymous caller, tries to enter the spa, but is thrown out. Matilda tries to voice her concerns to Derek once he leaves, but he ignores her. 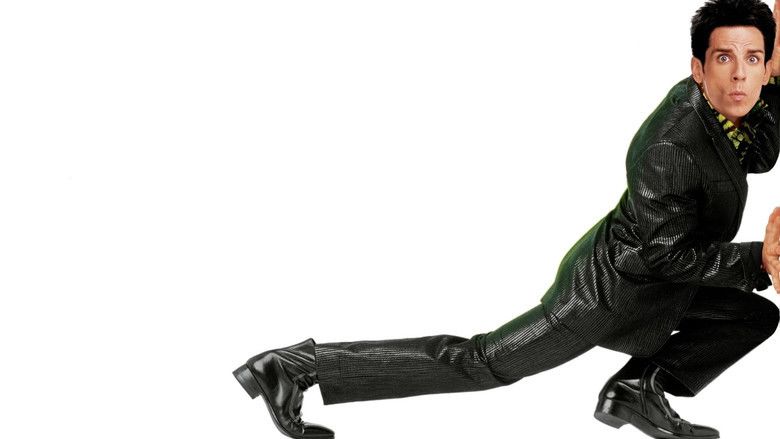 Matilda follows Derek to a pre-runway party, where, upon being challenged by Hansel, Derek loses to Hansel in a "walk-off" judged by David Bowie. Matilda receives another anonymous call to meet at a nearby cemetery. Matilda along with Derek find the anonymous caller is hand model J.P. Prewett, who explains that the fashion industry has been behind several political assassinations, and the brainwashed models are soon killed after they have completed their task (J.P. escaped because he himself is a hand model and so is smarter than the "face and body boys" like Derek.) Before J.P. can explain more, Katinka, Mugatus tough henchwoman, and her aides attack the group, forcing Derek and Matilda to flee. They decide to go to Hansels home, the last place they believe Mugatu will think to look, and Derek, Hansel, and Matilda bond. Matilda admits the reason she hates models is because, as a child, she was bullied for being overweight and developed bulimia, and she believes models hurt peoples self-esteem. Derek and Hansel resolve their differences while partaking of Hansels collection of narcotics and participating in group sex with Matilda and others. While recovering, Derek also finds that he is falling in love with Matilda. Derek and Hansel break into Maurys offices to find evidence of the assassination plot, but cannot operate his computer to find them. Derek leaves for the show, Hansel following later with the computer in hand, believing that, as told to him by Matilda, "the files are in the computer". 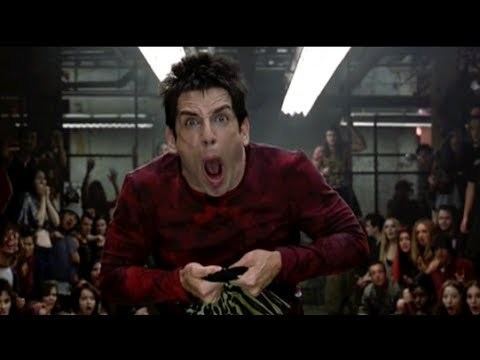 Matilda tries to intercept Derek before the show, but Katinka thwarts her attempt. As Derek takes the runway, Mugatus disc jockey starts playing "Relax", activating Dereks mental programming. Before Derek can reach the Prime Minister, Hansel breaks into the DJ booth, and switches the music to Herbie Hancocks "Rockit", breaking Dereks conditioning. Hansel and the DJ have a brief "breakdance" fight before Hansel eventually unplugs the system, moments before Derek was about to snap the Prime Ministers neck. Mugatu attempts to cover up the incident, but Hansel offers Maurys computer as evidence, smashing it to the ground which he believes would release the incriminating files. Though the evidence is destroyed, Maury steps forward and reveals he had backed up the files, and offers to turn over the evidence of the assassination plot after years of guilt for his complicity in the conspiracy. Mugatu attempts to kill the Prime Minister himself by throwing a shuriken, but Derek stops him by unleashing his ultimate model look, "Magnum", that stuns everyone and causes the shuriken to freeze in the air in front of Dereks face and fall harmlessly to the ground. At Dereks hometown, Larry is watching the event on TV, and proudly acknowledges Derek as his son. Mugatu is arrested, and Derek is thanked by the Prime Minister. 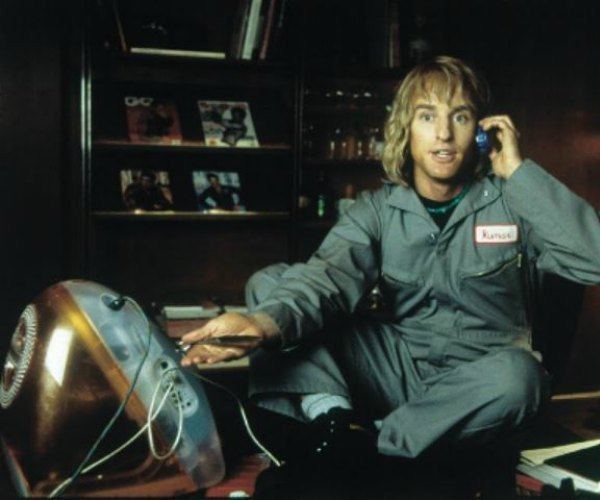 In the films denouement, Derek, Hansel, and Maury have left the fashion industry to start "The Derek Zoolander Center for Kids Who Cant Read Good and Wanna Learn to Do Other Stuff Good Too". Derek and Matilda are shown as now having a son named Derek Zoolander, Jr., who has already developed his first modeling look. 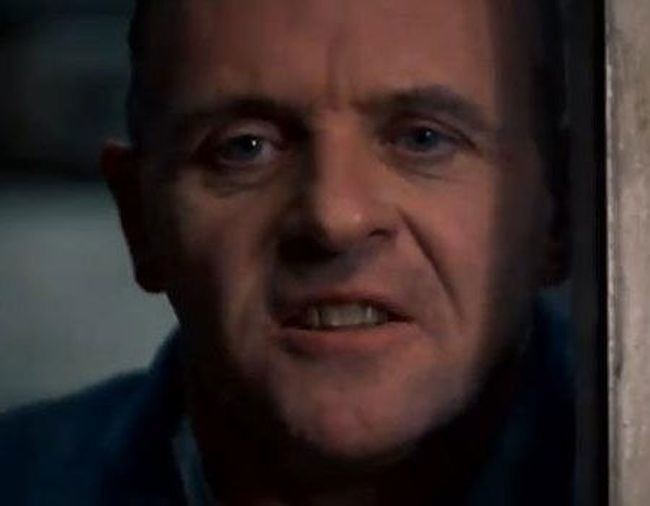 "Derelicte" is the name given to the fashion line designed by Mugatu and is a parody of a real fashion line created by John Galliano in 2000. It is described by Mugatu in the film as "a fashion, a way of life inspired by the very homeless, the vagrants, the crack whores that make this wonderful city so unique." The fashion line in the film consists of clothing made from everyday objects that could be found on the streets of New York; Galliano used clothing worn by the destitute as an inspiration for a real-life fashion line in 2000.

The film was never shown in Malaysia, the country mentioned in the film, as it is depicted as impoverished and dependent on sweatshops. Malaysias censorship board deemed it "definitely unsuitable". The film was also banned in neighboring Singapore due to bilateral sensitivities and the movies excessive drug use. It was subsequently made available in Singapore in 2006, with the R rating. In the U.S., the film was originally rated R but was later re-rated PG-13 on appeal for sexual content, profanity, and drug references.

In the Asian release, all references to the country of Malaysia were changed to Micronesia, the subregion which Hansel mistook for Malaysia at one point in the western version.

In the United States, since the film was released on September 28, 2001 (about two weeks after the 9/11 attacks on the World Trade Center), Stiller made the executive decision to digitally remove any backgrounds that originally contained the Twin Towers in the background skyline. Stiller defended his decision to erase images of New Yorks World Trade Center Towers from the film, saying he did what he thought was appropriate at the time.

Glamorama, a 1998 satirical novel by Less Than Zero and American Psycho author Bret Easton Ellis, tells the story of a vacuous male fashion model who becomes a pawn in an international terrorist conspiracy hidden deep within the fashion industry. In 2005, Ellis stated that he was aware of the similarities between Zoolander and Glamorama, and said that he considered and attempted to take legal action. Ellis was later asked about the similarities in a BBC interview, but said that he is unable to discuss the topic due to an out-of-court settlement.

Zoolander received generally positive reviews from critics, scoring a "Fresh" 64% on Rotten Tomatoes based on reviews from 130 critics, with the consenus stating, "A wacky satire on the fashion industry, Zoolander is one of those deliberately dumb comedies that can deliver genuine laughs." On Metacritic, the film currently holds a score of 61 out of 100, indicating "generally favorable reviews."

The soundtrack to Zoolander was released on September 25, 2001.

The Kruder & Dorfmeister remix of David Holmes song "Gone" is in the movie when Zoolander is in the day spa, shortly before his brainwashing.

In December 2008, according to media reports, Stiller confirmed that he intends to make a sequel to Zoolander. On the May 15, 2009 episode of Friday Night with Jonathan Ross, Stiller said that he was looking at a number of scripts. It was reported by various sources that Iron Man 2 writer Justin Theroux, who also co-wrote Tropic Thunder with Stiller, is set to write and direct the sequel. In March 2010, Stiller confirmed that he would be co-writing the script for Zoolander 2, stating, "Were in the process of getting a script written, so its in the early stages. But yeah, its going to happen."

On the December 17, 2010 episode of The Tonight Show with Jay Leno, Wilson stated that a Zoolander sequel would most likely get made, tentatively titled Twolander.

In January 2011, Stiller confirmed that the script has been completed, though confirmation of the film depends on the studios. Stiller also gave details on the plot of the sequel:

"It’s ten years later and most of it is set in Europe... it’s basically Derek and Hansel... though the last movie ended on a happy note a lot of things have happened in the meantime. Their lives have changed and they’re not really relevant anymore. It’s a new world for them. Will Ferrell is written into the script and he’s expressed interest in doing it. I think Mugatu is an integral part of the Zoolander story, so yes, he features in a big way.”

In September 2014, Ferrell commented on the status of the sequel, saying, "We are actually supposed to do a read-through of a sequel script soon, and Mugatu is a part of it." Stiller had previously stated that they were taking their time because they wanted to get it right.

On February 9, 2015, it was confirmed that filming will commence in Rome, at Cinecitta studios in the spring of 2015.

On March 10, 2015, Stiller and Wilson appeared at the Paris Fashion Week in character as Derek Zoolander and Hansel McDonald. That same day, it was announced that Zoolander 2 would be released on February 12, 2016.