Rimini ( Latin: Ariminum) is a city of 146,606 inhabitants in the Emilia-Romagna region of Italy, and capital city of the Province of Rimini. It is located on the Adriatic Sea, on the coast between the rivers Marecchia (the ancient Ariminus) and Ausa (ancient Aprusa). It is one of the most famous seaside resorts in Europe, thanks to its 15 kilometres (9 miles) long sandy beach, over 1,000 hotels and thousands of bars, restaurants and discos. The first bathing establishment opened in 1843. An art city with ancient Roman and Renaissance monuments, Rimini is the hometown of the famous film director Federico Fellini as well.

Founded by the Romans in 268 BC, throughout their period of rule Rimini was a key communications link between the north and south of the peninsula, and on its soil Roman emperors erected monuments like the Arch of Augustus and the Tiberius Bridge, while during the Renaissance, the city benefited from the court of the House of Malatesta, which hosted artists like Leonardo and produced works such as the Malatesta Temple. In the 19th century, Rimini was one of the most active cities in the revolutionary front, hosting many of the movements aimed at the unification of Italy. In the course of World War II the city was the scene of clashes and bombings, but also of a fierce partisan resistance that earned it the honor of a gold medal for civic valor. Finally, in recent years it has become one of the most important sites for trade fairs and conferences in Italy.

The total approximate population of Rimini Urban Area is 225,000 and the provincial population is 330,000. 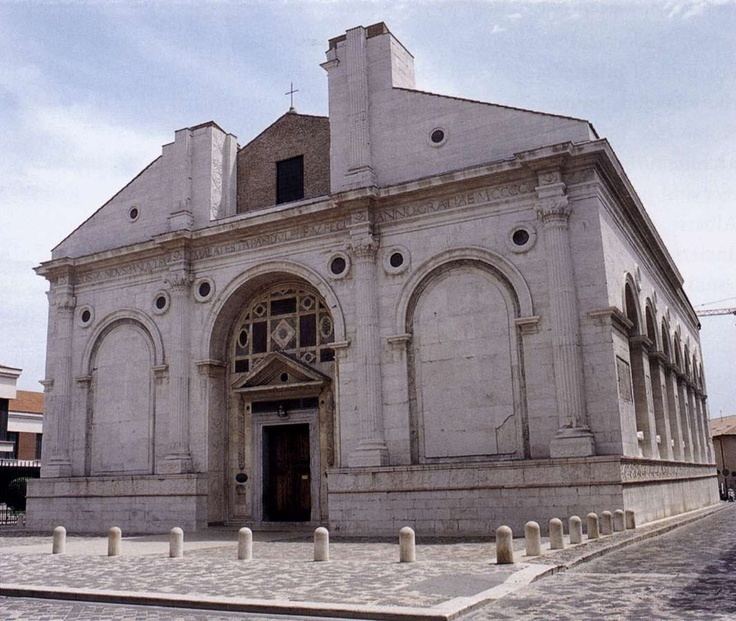 In 268 BC at the mouth of the Ariminus river, in an area that had previously been inhabited by the Etruscans, the Umbrians, the Greeks and the Gauls, the Romans founded the colony of Ariminum, probably from the name of a nearby river, Ariminus (today, Marecchia). Previously the area had been Gaulish, from the 6th century BC, to that groups final defeat in 283 BC by the Umbri, in whose possession it remained until 263 BC when it became a Latin colony very helpful to the Romans during the late Gallic wars. 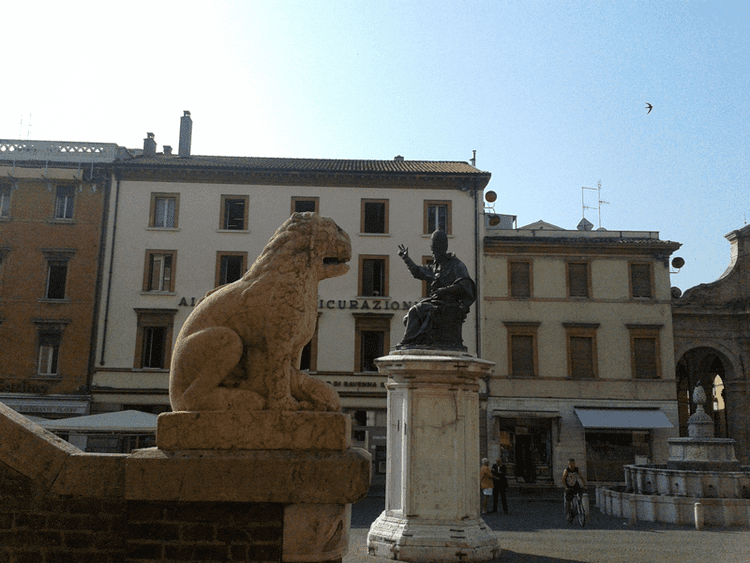 The city was involved in the civil wars but remained faithful to the popular party and to its leaders, firstly Marius, and then Caesar. After crossing the Rubicon, the latter made his legendary appeal to the legions in the Forum of Rimini.

Ariminum was seen as a bastion against invaders from Gaul and also as a springboard for conquering the Padana plain. As the terminus of the Via Flaminia, which ended here in the surviving prestigious Arch of Augustus (erected 27 BC), Rimini was a road junction connecting central Italy and northern Italy by the Via Aemilia that led to Piacenza and the Via Popilia that extended northwards; it also opened up trade by sea and river. Remains of the amphitheater that could seat 12000 people, and a five-arched bridge of Istrian stone completed by Tiberius (21 AD) are also still visible. Later Galla Placida built the church of San Stefano.

Crisis in the Roman world was marked by destruction caused by invasions and wars, but also by the testimony of the palaces of the Imperial officers and the first churches, the symbol of the spread of Christianity that held an important Council in Rimini in 359. 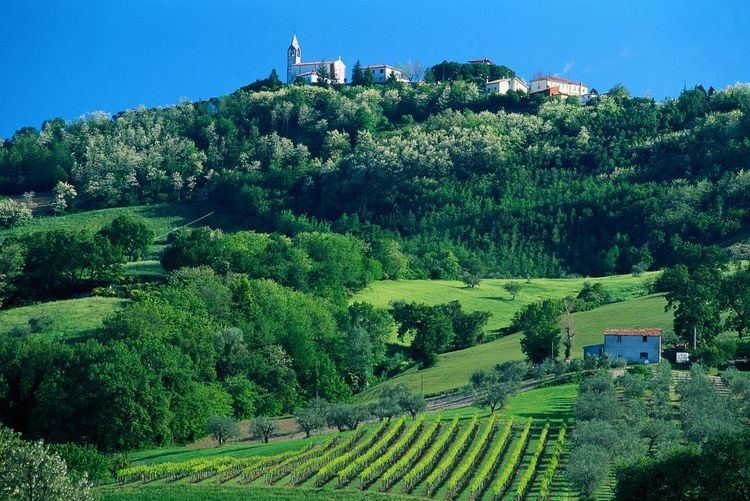 Rimini is situated at 44°03’00’’ of latitude North e 12°34’00’’ of longitude East, along the coast of the Adriatic sea, at the south-eastern edge of Emilia-Romagna, at a short distance from Montefeltro and Marche. Rimini extends for 135.71 square km and borders the municipalities of Bellaria-Igea Marina, San Mauro Pascoli and Santarcangelo di Romagna towards NW, Verucchio and Serravalle towards SW, Coriano towards S and Riccione towards SE. 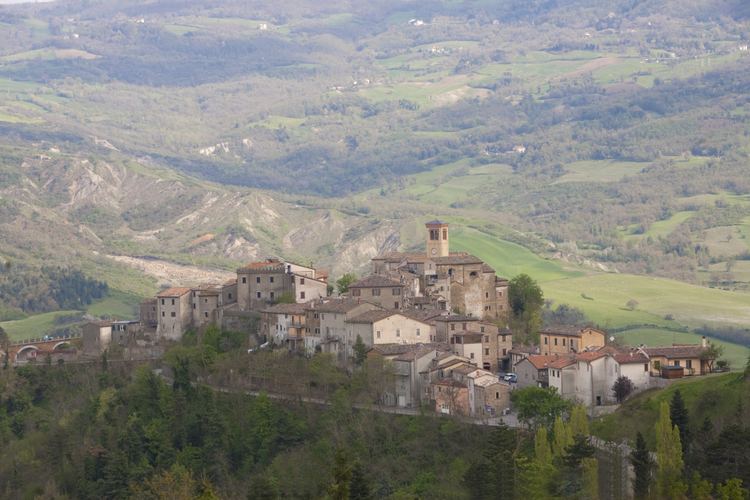 Rimini is located in a historically strategic position, at the extreme southern edge of the Po Valley, at the junction point of Northern and Central Italy. It is surrounded towards southwest by the gently hills of Covignano (153 metres high), Vergiano (81 m), San Martino Monte l’Abbate (57 m) and San Lorenzo in Correggiano (60 m), widely cultivated, with vineyards, olive groves and orchards, and dominated by ancient mansions. These hills, mostly made of clay and sand, connect the plains, created by Marecchia and Ausa, the two most important rivers of Rimini territory, to the higher hills of the Apennines.

The Marecchia river runs through its valley and the plain in a very large riverbed and, after receiving the waters of Ausa, it flows into the Adriatic sea through a deviator between San Giuliano Mare and Rivabella, while the ancient riverbed is used in its last section as the city’s harbour. The Marecchia, usually poor of water, was subjected to periodic, destructive floods near its mouth, where the riverbed became narrow after various bend: for this reason it was deviated towards North. Ausa creek, which was the eastern limit of Rimini for many centuries, was deviated as well after World War II, and its original riverbed was filled and turned into an urban park.

The coastal strip, made of recents marine deposits, is edged by a fine sandy beach, 15 km long and up to 200 metres wide, interrupted only by the mouth of the rivers and gently shelving towards the sea. Along the coastline there is a low sandy cliff, created by sea rise around 4000 B.C., partly conservated north of Rimini, between Rivabella and Bellaria-Igea Marina, at a distance of about 1,300 metres from the sea.

Rimini’s territory, for its geographical position and its climatic features, is situated on the edge between the mediterranean and the central European phytoclimatic zones, and thus it represents an environment of notable naturalistic value.

Rimini is a major international tourist destination and seaside resort, among the most famous ones in Europe and the Mediterranean basin, thanks to a long sandy beach, well-equipped bathing establishments, theme parks and a number of opportunities for leisure and spare time. The economy of the city is entirely based on tourism, whose development started in the first half of the 19th century and increased after World War II. 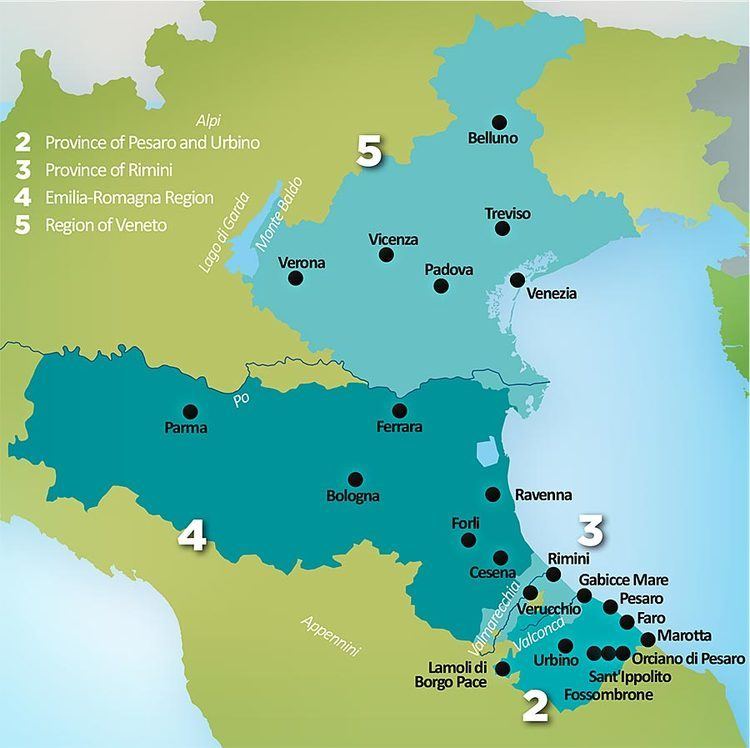 The Gambalunghiana Library, historic institution founded in 1617 by jurist Alessandro Gambalunga, plays a leading role in the city’s cultural life. The library has over 280.000 books, including 60.000 ancient books, 1.350 manuscripts, 6.000 prints and 80.000 photographs. Among the incunables, dated back from the 15th century, stand out De Claris mulieribus (1497) by Giacomo Filippo Foresti and De re militari by Roberto Valturio. The collection of illuminated manuscripts, coming from different cultural and linguistic European boundaries, includes the Regalis Historia by Frate Leonardo and De Civitate Dei by Saint Augustine.

The City Museum (Museo della Citta), main museal institution of Rimini, was inaugurated as “Archaeology Gallery”, at the ground floor of Palazzo Gambalunga in 1872, thanks to riminese historian Luigi Tonini, active in researching and studying the local archaeological heritage. The Archaeology Gallery was the first museum of the city and was conceived as a collection of Etruscan civilization and Roman antiquities, found in Rimini and in the surrounding countryside.

The civic museum was arranged in San Francesco monastery in 1923 and in 1938 was enlarged with a section of Medieval Art. The objects avoid the destructions of World War II, being moved between 1940 and 1943 in two different shelters in Spadarolo and Novafeltria. In 1964, the collections were moved to Palazzo Visconti and finally, from 1990, in the Collegio dei Gesuiti, a large Jesuites convent designed by bolognese architect Alfonso Torreggiani, built in 1749.

In the Archaeological department are exhibited grave goods from Villanovian tombs of Verucchio and Covignano, architectural pieces, sculptures, mosaics, ceramics, coins of Republican and Imperial eras, and the exceptional medical kit from the Domus del Chirurgo. The collection of the Roman Lapidary, exhibited in the inner courtyard of the convent, has funerary monuments, epigraphies and milestones.

The Museum of Glances (Museo degli Sguardi), housed in Villa Alvarado, on Covignano hill, was instituted in 2005 acquiring the objects of the former Museum of Extra European Cultures “Dinz Rialto”, founded in Rimini in 1972 by explorer Delfino Dinz Rialto, the art pieces of the former Missionary Museum of the Grazie and other private collections. The museum has over 3,000 objects coming from China, Oceania, Africa and pre-Columbian America, with paintings, sculptures, everyday objects, totems, masks, musical instruments and clothes illustrating how the Western world has looked at these territories’ cultures through history.

The Museum of Small Fishing and Marine (Museo della Piccola Pesca e della Marineria), in Viserbella, shows the history of Rimini’s Marine through a collection of boats, fishing tools, photographs and a large seashells collection, with pieces from all over the Mediterranean Sea.

In the municipality of Rimini there are also two private museums: the Aviation Museum (Museo dell’Aviazione) in Sant’Aquilina, close to the boundary of the Republic of San Marino, and the National Museum of Motorcycle (Museo Nazionale del Motociclo) in Casalecchio. 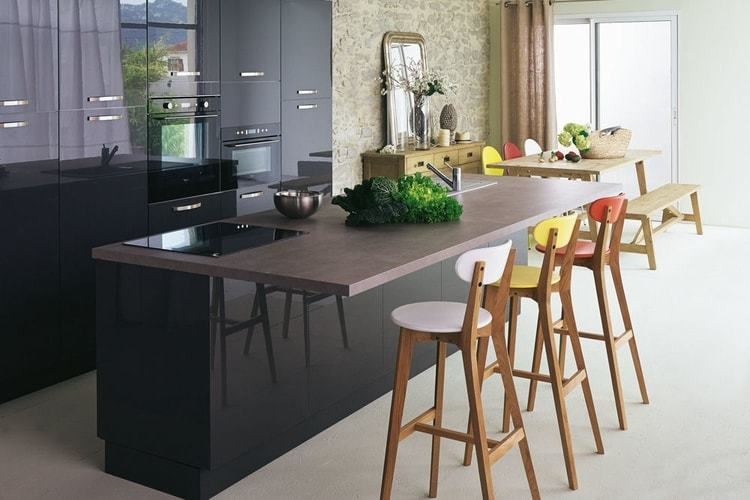 Rimini’s cuisine is simple and characterized by intense flavours, and it is indissolubly related to the traditions of rural culture, with peculiar influences due to the city’s position between the sea and the hills, near the edge between Romagna and Marche. 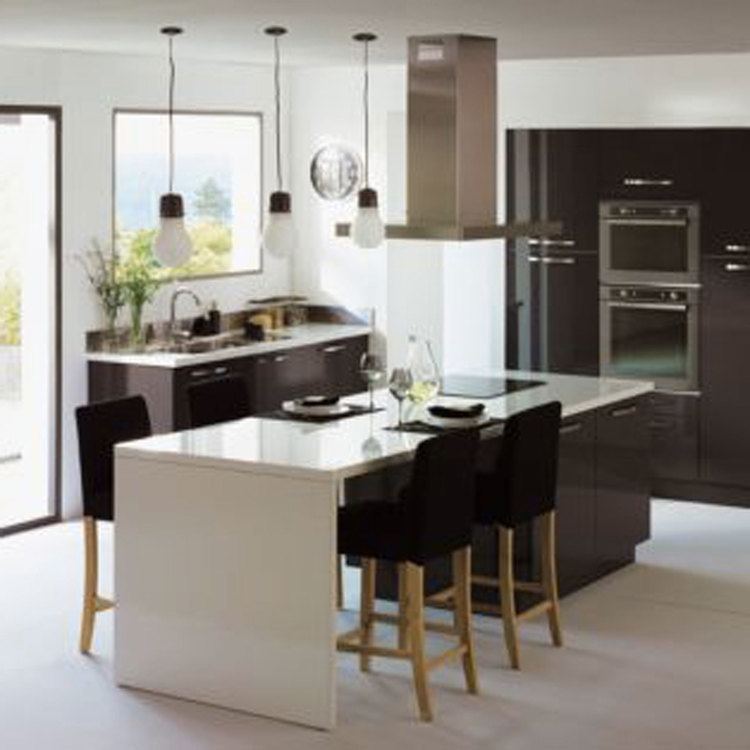 The traditional main course is pasta, which includes regular pasta, pasta in broth and baked pasta, prepared in many different shapes. Almost all of pasta dishes require a base of “sfoglia”, a dough of eggs and flour, handmade with a rolling pin. First courses include cappelletti, passatelli in broth, lasagne, cannelloni, nidi di rondine, ravioli, tagliatelle, garganelli, maltagliati, gnocchi and strozzapreti, seasoned with bolognese sauce or a dressing of butter and sage.

Piada is a flatbread of ancient traditions, thin and crumbly, obtained from a dough of flour, water, lard and salt, and baked on a schorching “testo” of terracotta or cast iron. It is often accompanied by grilled meats or fishes, sausages, gratinee vegetables, salami, prosciutto, fresh cheeses and country herbs. Cassoni, or cascioni, are stuffed flatbreads similar to piada, with various fillings: country herbs, potatoes and sausages, tomato and mozzarella. Side dishes include mixed salads, gratinee vegetables, roasted potatoes, sautee bladder campion leaves, marinated olives with dill, garlic and orange zest.