Debra jo rupp steve adubato one on one

Debra Jo Rupp (born February 24, 1951) is an American film and television actress, known for her role as Kitty Forman on the Fox sitcom, That '70s Show. She is also known for playing the role of Alice on the third, fourth and fifth seasons of Friends. She starred on the ABC sitcom Better with You from 2010–2011. 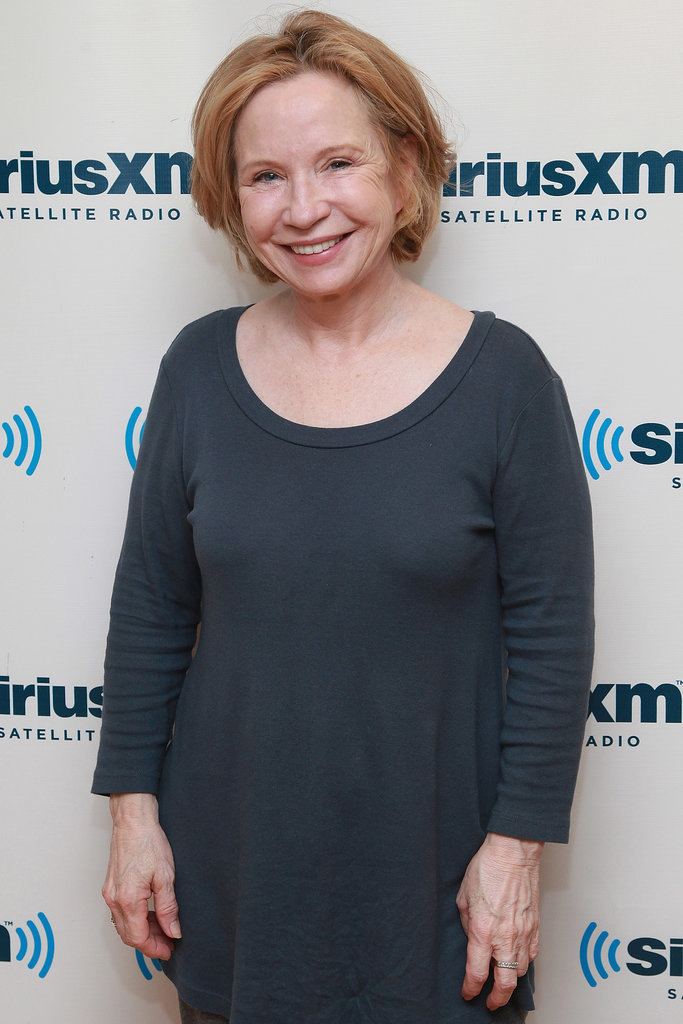 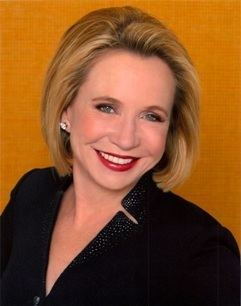 Rupp was born in Glendale, California, and raised in Boxford, Massachusetts, where she attended Masconomet Regional High School, graduating in 1969. She has two sisters. She went on to attend the University of Rochester, graduating with a B.A. degree in 1974. On campus, she was an active member of Drama House, a small theatre club and venue. 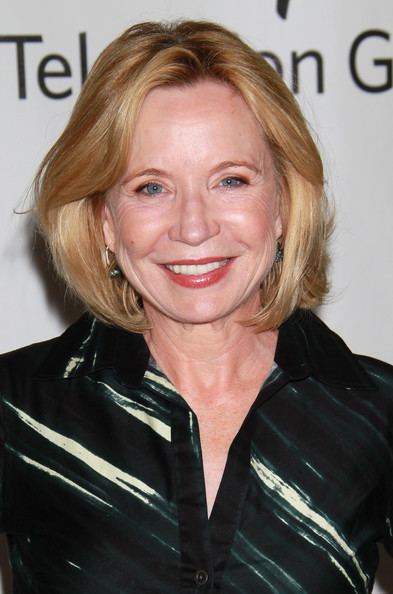 Rupp left her home state of Massachusetts in 1979 to pursue an acting career in New York City. She frequently performed on stage and appeared in commercials before winning her first television role in 1980 as Sheila, a topless dancer, on the daytime drama All My Children. Earlier in the same year, Rupp played Helen, the wife of a cheating husband, in Sharon Tipsword's one-act comedy Second Verse, which was produced as part of a play festival at New York's Nat Horne Theater. Another notable stage performance was as the young bride Eleanor in the 1985 production of A. R. Gurney's The Middle Ages at the Whole Theater Company, established by Olympia Dukakis in nearby Montclair, NJ. She received praise from Walter Goodman in a New York Times review of one of her many off-Broadway performances: as June Yeager, a young wife who feels she is never "loved enough", in the 1986 York Theater Company production of Arthur Laurents' dramatic play The Time of the Cuckoo staged at the Church of the Heavenly Rest in New York's Upper East Side neighborhood (Manhattan). 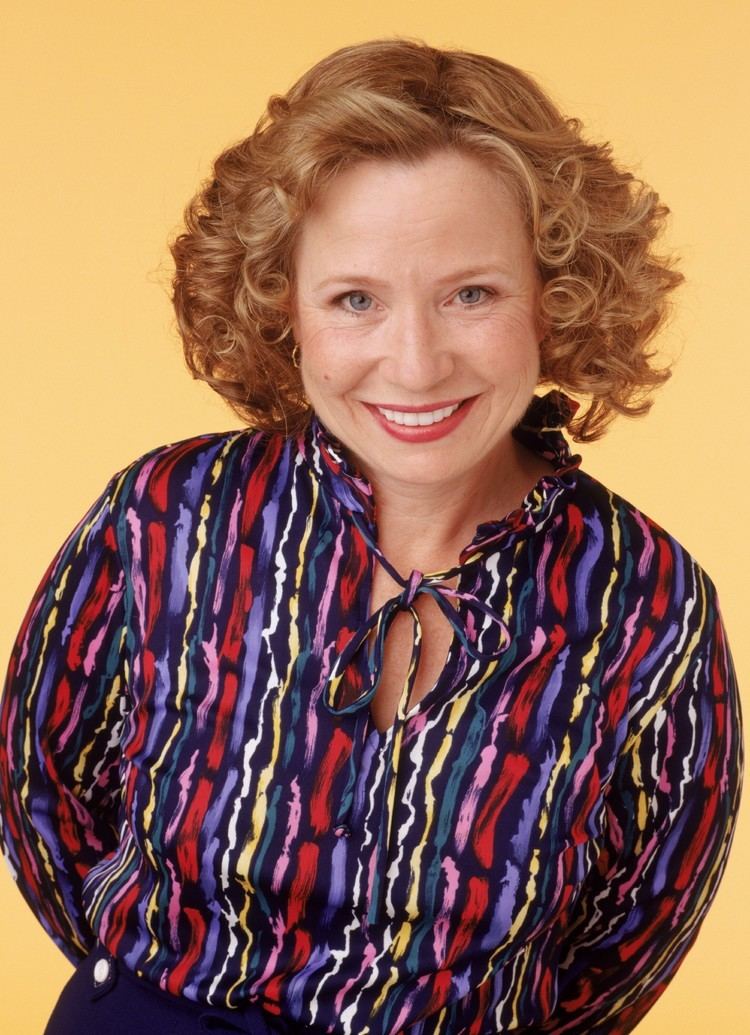 Rupp's list of stage credits includes appearances in Terrence McNally's Frankie and Johnny in the Clair de Lune and Cynthia Heimel's A Girl's Guide to Chaos, the Broadway role which significantly propelled her career forward. She originated the role of Cynthia in 1986, a character based on Heimel's observations made during her stints as a columnist for Playboy and The Village Voice. Directed by Wynn Handman and sharing the stage with Rita Jenrette, Rupp's performance as Cynthia was immortalized by legendary caricaturist Al Hirschfeld and described in a New York Times review as "an appealing mixture of pluck and pathos." In Newsday's review of Chaos, theater critic Allan Wallach called Rupp “a real find.” 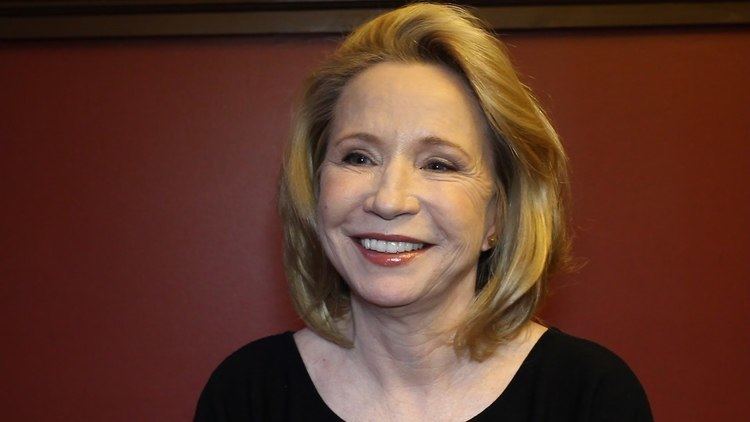 In early 1987, Rupp was featured in an article written by Enid Nemy for the "Broadway" section of The New York Times. Entitled "New York is beckoning, but first, Los Angeles", the interview revealed how Rupp's success in the theater so soon after her arrival in New York City had scared the young actress enough to take time off from acting for several years. After returning to the stage, Rupp explained, she was often cast as an ingenue, but after her portrayal of Cynthia in Chaos, she began getting calls to audition in Los Angeles for "really crazy neurotic" parts in television pilots. She was realistic about the unpredictability of an acting career and, since she had promised her mother she would never wait tables when she left for New York, she hadn't given up her part-time work as a bookkeeper and was "learning computers" as something to fall back on.

Rupp continued to devote herself to acting full-time through the 1980s and performed in numerous regional stage productions. One such production was Sherry Kramer's Wall of Water in New Haven, Connecticut at the Yale Repertory Theatre's Winterfest play festival of 1988. She guest-starred on numerous television shows, including Kate & Allie, Spenser for Hire, and The Days and Nights of Molly Dodd. In 1988, Rupp landed her first film role on the big screen as Miss Patterson, Tom Hanks' secretary in the film Big.

In 1990, Rupp returned to New York City to perform in a Broadway stage production of Cat on a Hot Tin Roof with Kathleen Turner at the Eugene O'Neill Theatre. In it, Rupp portrayed Mae (Sister Woman). Her television work during the early 1990s included recurring roles as Ms. Higgins on the television Davis Rules with Randy Quaid, and as Sister Mary Incarnata on Phenom with Judith Light, as well as guest roles on Blossom, Family Matters, L.A. Law, and ER.

In 1995 she began her stint as Jeff Foxworthy's sister-in-law Gayle on The Jeff Foxworthy Show, and also appeared in the science fiction mini-series The Invaders with Scott Bakula, portrayed Jerry Seinfeld's eccentric booking agent Katie on an episode of Seinfeld (a role she reprised in 1996), and performed on stage as Meg in Broken Bones, a dark drama about spousal abuse by Drew McWeeny and Scott Swan, as part of a one-act play festival at Hollywood's Met Theater.

In 1998, she began her role as Kitty Forman in the comedy series, That '70s Show is her most successful role to date. As well, she portrayed Marilyn See, wife of astronaut Elliot See, in Episode #11 of the Emmy Award-winning television mini-series From the Earth to the Moon, produced by Tom Hanks and directed by Sally Field.

Her distinctive voice was heard as the character of Mrs. Helperman in Disney's animated series Teacher's Pet in 2000, and again for the 2004 movie version. She starred as a stand-up comic with a secret in the highly acclaimed independent short film The Act, directed by Susan Kraker and Pi Ware, and received praise for her performance. The short film was an official selection at the Sundance Film Festival and won several awards at film festivals around the world. In 2004, she played Brad Hunt's nagging mother in Lucky 13, a full-length independent film starring Lauren Graham. She then returned to All My Children for one episode in December 2005, playing a homeless woman named Victoria.

Rupp has often returned to Massachusetts and New York to appear in regional and off-Broadway stage productions. In 2004, she played Dotty Otley in Michael Frayn's Noises Off at the Cape Playhouse in Dennis, Massachusetts, and in 2006 Rupp appeared on stage in Pittsfield, Massachusetts as a kooky mother in French playwright Jean Anouilh's comedy Ring Round the Moon at Barrington Stage Company. New York theater-goers saw Rupp return to the off-Broadway stage in June 2007, as Valerie in the Second Stage Theatre production of Marisa Wegrzyn's The Butcher of Baraboo, directed by Judith Ivey. Two months later she performed in the Berkshire Theatre Festival in Stockbridge, Massachusetts, as Ida Bolton in a revival of Paul Osborn's 1939 play Morning's at Seven.

That '70s Show ended in 2006. Rupp appeared soon after in a dramatic television role as the wife of a murdered pharmaceutical CEO, on the crime drama Law & Order: Special Victims Unit. In the episode, entitled "Infiltrated", Rupp's character desperately attempts to hide her slain husband's past sexual abuses. In early 2007, the feature film Kickin It Old Skool was released, in which Rupp was cast as Jamie Kennedy's mother. In 2008, Rupp appeared as a restaurant owner who helps two homeless men in the comedy-drama-musical, Jackson, written and directed by J. F. Lawton. In the same year, she returned to daytime television in a guest role on As the World Turns.

Massachusetts theater-goers saw Rupp onstage in 2008, playing Olympia in Georges Feydeau's 1907 farce A Flea in Her Ear, at the Williamstown Theatre Festival in Williamstown, and as Miss Maudie in To Kill a Mockingbird at the Barrington Stage Company in Pittsfield.

In 2012, Rupp portrayed Ruth in She Wants Me, an independent romantic comedy which stars Josh Gad, Kristen Ruhlin, Hilary Duff and Charlie Sheen.

In June and July 2012 Rupp starred as Dr. Ruth Westheimer in "Dr. Ruth – All the Way" on the St. Germain Stage of the Barrington Stage Company. She reprised the role Off-Broadway in "Becoming Dr. Ruth."

She provided the voice of Mrs. Snowman in one of Fred Meyer's commercial ads in 2013.

Rupp divides her time between Los Angeles and Lee, Massachusetts. She is single and has no children. Rupp is a Methodist.