Glendale lies at the eastern end of the San Fernando Valley, bisected by the Verdugo Mountains, and is a suburb in the Greater Los Angeles Area. The city is bordered to the northwest by the Sun Valley and Tujunga neighborhoods of Los Angeles; to the northeast by La Canada Flintridge and the unincorporated area of La Crescenta; to the west by Burbank and Griffith Park; to the east by Eagle Rock and Pasadena; to the south by the Atwater Village neighborhood of Los Angeles; and to the southeast by Glassell Park neighborhood of Los Angeles. The Golden State, Ventura, Glendale, and Foothill freeways run through the city.

Glendale has one of the largest communities of Armenian descent in the United States. The citys Forest Lawn Memorial Park Cemetery contains the remains of many noted celebrities and local residents.

In 2013, Glendale was named LAs Neighborhood of the Year by the readers and editors of Curbed.com. 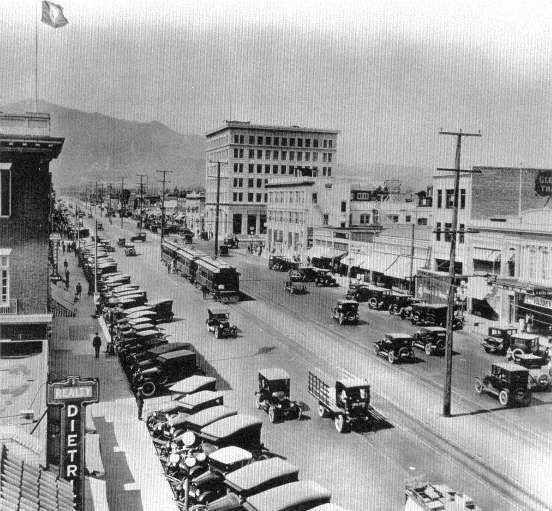 The area was long inhabited by the Tongva people (or "People of the Earth"), who were later renamed the Gabrielenos by the Spanish missionaries, after the nearby Mission San Gabriel Arcangel. 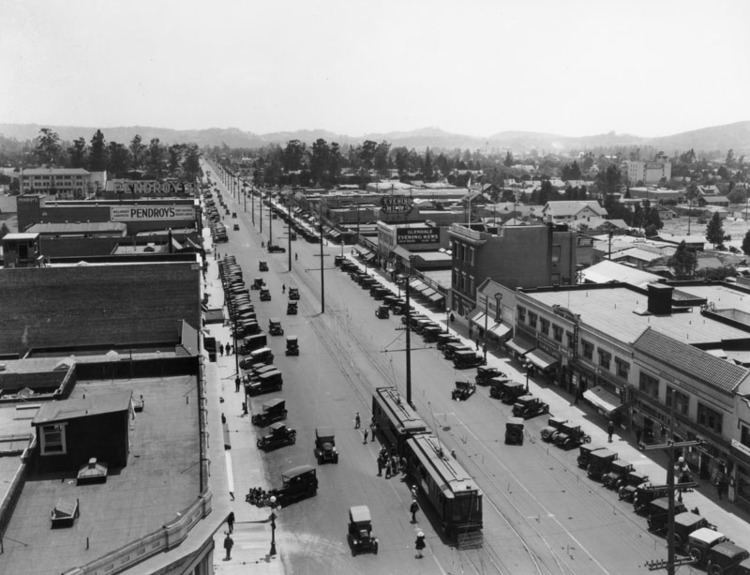 In 1798, Jose Maria Verdugo, a corporal in the Spanish army from Baja California, received the Rancho San Rafael from Governor Diego de Borica, formalizing his possession and use of land on which he had been grazing livestock and farming since 1784. Rancho San Rafael was a Spanish concession, of which 25 were made in California. Unlike the later Mexican land grants, the concessions were similar to grazing permits, with the title remaining with the Spanish crown.

In 1860, his grandson Teodoro Verdugo built the Verdugo Adobe, which is the oldest building in Glendale. The property is the location of the Oak of Peace where early Californio leaders including Pio Pico met in 1847 and decided to surrender to Lieutenant Colonel John C. Fremont.

Verdugos descendants sold the ranch in various parcels, some of which are included in present-day Atwater Village, Eagle Rock, and Highland Park neighborhoods of Los Angeles.

In 1884, residents gathered to form a town and chose the name "Glendale". Residents to the southwest formed "Tropico" in 1887. The Pacific Electric Railway brought streetcar service in 1904.

Glendale incorporated in 1906, and annexed Tropico 12 years later. An important civic booster of the era was Leslie Coombs Brand (1859–1925), who built an estate in 1904 called El Miradero featuring an eye-catching mansion whose architecture combined characteristics of Spanish, Moorish, and Indian styles, copied from the East Indian Pavilion at the 1893 Worlds Columbian Exposition (Worlds Fair) held in Chicago, which he visited. Brand loved to fly, and built a private airstrip in 1919 and hosted "fly-in" parties, providing a direct link to the soon-to-be-built nearby Grand Central Airport. The grounds of El Miradero are now city-owned Brand Park and the mansion is the Brand Library, according to the terms of his will. Brand partnered with Henry E. Huntington to bring the Pacific Electric Railway, or the "Red Cars," to the area. Today, he is memorialized by one of the citys main thoroughfares, Brand Boulevard.

The citys population rose from 13,756 in 1920 to 62,736 in 1930. The Forest Lawn Memorial Park opened in 1917. Pioneering endocrinologist and entrepreneur Henry R. Harrower opened his clinic in Glendale in 1920, which for many years was the largest business in the city. The American Green Cross, an early conservation and tree preservation society, was formed in 1926 (it disbanded three years later and the current organization of that name is unrelated). In 1964, Glendale was selected by George Lincoln Rockwell to be the West Coast headquarters of the American Nazi Party. Its offices, on Colorado Street in the downtown section of the city, remained open until the early 1980s.

In 1977 and 1978 ten murdered women were found in and around Glendale in what became known as the case of the Hillside Strangler. The murders were the work of Kenneth Bianchi and Angelo Buono, the latter of whom resided at 703 East Colorado Street where most of the murders took place.

Glendale is located at the juncture of two large valleys, the San Fernando and the San Gabriel. According to the United States Census Bureau, the city has a total area of 79.212 km2 (30.6 sq mi). 30.5 square miles (79 km2) of it is land and 0.13 square miles (0.34 km2) of it (0.43%) is water. It is bordered to the north by the foothill communities of La Canada Flintridge, La Crescenta, and Tujunga; to the south by the Atwater Village community incorporated by the city of Los Angeles; to the east by Pasadena and Eagle Rock (also incorporated within Los Angeles); and to the west by the city of Burbank. Glendale is located 10 miles (16 km) north of Downtown Los Angeles.

As of 2013, the top employers in the city are as follows (with number of employees):