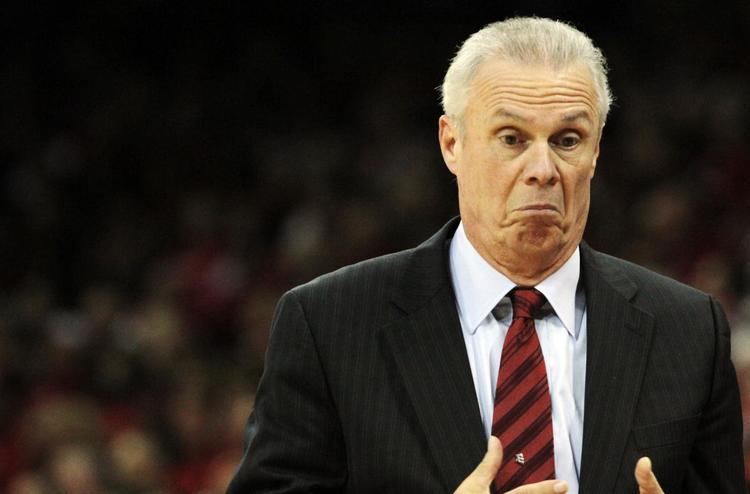 Ryan began playing basketball at a very young age. His father, Butch Ryan was already a legend in the area, coaching youth sports including basketball to under-privileged children in Chester, Pennsylvania. Butch taught him the skills to be a successful point guard, generally the position of the on-court team leader. He became a star basketball player, leading his high school team to a 25–1 record in his senior year. In addition to basketball, Ryan was a high school quarterback. The center snapping him the ball was Ted Cottrell, who later served as a defensive coach and coordinator for a number of teams in the NFL. Ryan lettered in football, basketball and baseball, and was president of his class. After high school, Ryan starred as a point guard at Wilkes University in Wilkes-Barre, Pennsylvania. His love for the game drove him to remain involved with the sport, choosing to delve into the coaching profession. 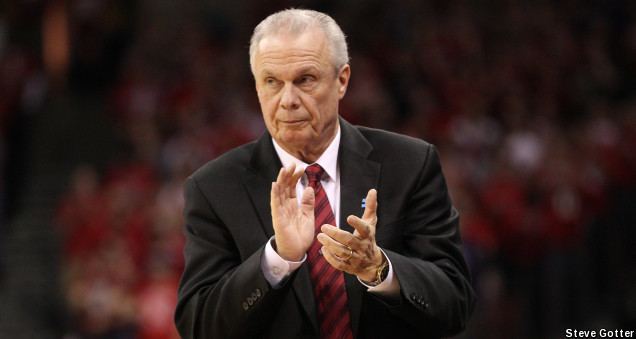 Ryan's coaching career began in 1972 at Brookhaven Junior High School in Delaware County, Pennsylvania, where for one year he worked as a history teacher and basketball head coach. After graduating from Wilkes University, Ryan began graduate work at Villanova University in Villanova, Pennsylvania. In 1973, Ryan began his collegiate coaching career at Dominican College of Racine (not to be confused with the earlier Racine College) in Racine, Wisconsin. He won a Coach of the Year award as head baseball coach at Dominican. In 1974, Dominican College closed down. Ryan then became head coach at Sun Valley High School in Aston, Pennsylvania in 1974, where he was named conference coach of the year in 1976. His success at Dominic College and Sun Valley led to a job as assistant head coach at the University of Wisconsin–Madison under head coaches Bill Cofield and Steve Yoder from 1976 to 1984.

After his stint as an assistant, Ryan accepted the head coaching position at the University of Wisconsin–Platteville. From 1984 until 1999, Ryan's Platteville team posted a 352–76 overall record, an .820 winning percentage. Ryan guided the UW–Platteville Pioneers to four national championships (1991, 1995, 1998 and 1999). He also won eight Wisconsin Intercollegiate Athletic Conference championships and set a Division III scoring defense record in 1997, with his team only allowing 47.5 points per game. 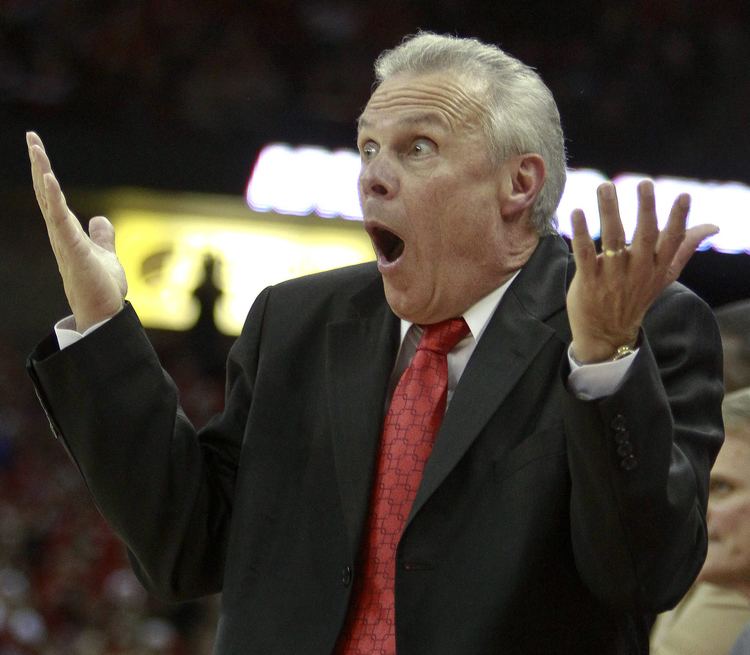 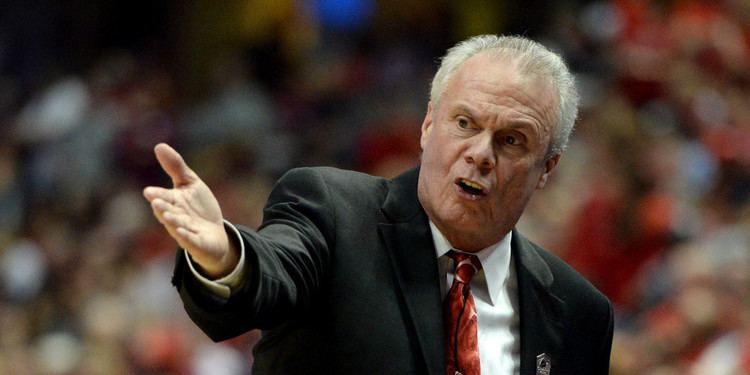 On the strength of his success at Platteville, Ryan was hired as head coach at the University of Wisconsin–Milwaukee for the 1999–2000 season. In his two seasons as coach, the team had its first back-to-back winning seasons in nearly a decade. Ryan also brought a 161 percent increase in home attendance at UWM, giving the program a new energy that continued into the tenure of his successor Bruce Pearl.

Following the Badgers' 2000 Final Four run, head coach Dick Bennett retired two games into the 2000–01 season. Assistant coach Brad Soderberg finished the season as interim head coach, but was not considered for the full-time job. The coaching search began to concentrate on Rick Majerus of the University of Utah (who was a Milwaukee native) and Bo Ryan. After Majerus pulled his name out of consideration, UW athletic director Pat Richter made the decision to hire Ryan as Wisconsin's 13th head coach.

Ryan's first season was much more successful than anticipated. The team was predicted to finish as low as ninth in the Big Ten in pre-season polls. The team, led by Kirk Penney, surprisingly finished in a four-way tie for the Big Ten regular-season title and received an invitation to the NCAA Tournament. In the 2002–03 season, the Badgers won their first outright Big Ten regular season title in 56 years and advanced to the "Sweet Sixteen" in the NCAA Tournament. The Badgers won the Big Ten Tournament Championship in 2004, led by Devin Harris, and once again received an NCAA Tournament invitation. In the 2004–05 season, Wisconsin advanced to the "Elite Eight" in the NCAA Tournament, losing to the eventual national champion, the North Carolina Tar Heels. On December 10, 2005, Ryan recorded his 100th victory as Wisconsin head coach by defeating in-state rival Marquette.

In the 2006–07 season, Ryan led the Badgers to the pinnacle of college basketball, helping them achieve their first top-five ranking and #1 ranking in the AP poll in the school's history. However, the Badgers' time atop the poll was short-lived as they lost their following game against Michigan State before losing to Ohio State in a #1 vs. #2 matchup. The Wisconsin–Ohio State game on February 25, 2007, featured two teams ranked #1 in that week's national polls, with Ohio State securing the top ranking in the Coaches' Poll and clinching the regular season Big Ten title. The following week they rebounded with a 52–50 win at home over Michigan State and again defeated Michigan State in the Big Ten tournament, before losing the Big Ten Tournament championship game to Ohio State. In 2007, Ryan was named the winner of the Clair Bee Coach of the Year Award. A year later, the Badgers notched their most wins ever in Big Ten play (16) en route to a school-record 31 wins.

On December 12, 2009, Ryan recorded his 200th victory as Wisconsin head coach by defeating in-state rival Marquette, 72–63 at the Kohl Center.

On March 9, 2012, in the 2012 Big Ten Conference Men's Basketball Tournament quarterfinals the Badgers defeated the Hoosiers, giving Ryan his 266th win at Wisconsin and vaulting him past Bud Foster to become the winningest coach in school history.

On February 14, 2015, Bo Ryan was named a finalist to be considered for election in the Class of 2015 for the Naismith Memorial Basketball Hall of Fame.

Ryan has written three books: Bo Ryan: Another Hill to Climb, The Swing Offense, and Passing and Catching: the Lost Art. He has led the Badgers to the NCAA Tournament in each of his 14 seasons at Wisconsin; the team had only been to a total of seven NCAA Tournaments before Ryan's arrival (three of them under Bennett). He also owns all four of Wisconsin's 30-win seasons.

Shortly after the Badgers' loss in the 2015 NCAA title game, Ryan briefly caused concern among Wisconsin fans that he would retire when he and his wife put their home in Madison up for sale. At a charity fundraiser, he explained that they had chosen to downsize now that their children were all adults and out of the house, and had bought a condo near the Badgers' home of the Kohl Center. The house was ultimately purchased by new Wisconsin football head coach Paul Chryst.