Greg Gard (born c. 1970) is an American college basketball coach for the Wisconsin Badgers men's basketball team. Gard took over on December 15, 2015, after Bo Ryan announced his retirement as head coach of the Badgers. 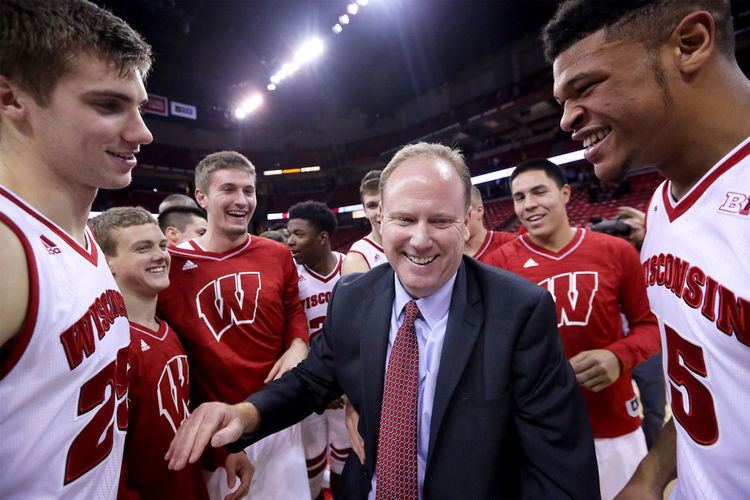 On December 15, 2015, Gard was announced as the interim head coach after Bo Ryan announced his retirement following the Badgers win over Texas A&M Corpus Christi. Gard had been Ryan's longest-serving assistant, having coached together for 23 years at the time of the transition. They had coached together at Wisconsin–Platteville, Milwaukee, and Wisconsin. In the process, Gard became one of the most respected assistant coaches in the college game.

After Gard took over the team stumbled, winning just two of their first seven games with an overall record of 9-9 at that point. However the team's turnaround started with an upset over #4 Michigan State and won 11 of the next 13 games to finish out the regular season tied for third in the Big Ten with an overall record of 20–11 (12–6 in the Big Ten). Following the end of the regular season, on March 7, 2016, Wisconsin removed the interim tag and Gard was promoted to head coach of the Badgers. Wisconsin received an at-large bid to the NCAA Tournament, where they beat #10 seeded Pittsburgh in the first round. Wisconsin defeated #2 seeded Xavier by a 3-point buzzer beater from Bronson Koenig in the second round to advance to the Sweet 16. However they lost to #6 seeded Notre Dame in the Sweet 16. After the season ended Gard was named the 2016 Jim Phelan National Coach of the Year.