Ali Sabieh (Somali: , Arabic: ?) is the second largest city in Djibouti. It is situated about 93 kilometers Southeast of Djibouti City and 10 km (6 mi) north of the border with Ethiopia. It sprawls on a wide basin surrounded by granitic mountains on all sides. Ali Sabieh is served by a station on the Addis Ababa - Djibouti Railway. The famous landmark of Ali Sabieh is located near the city. 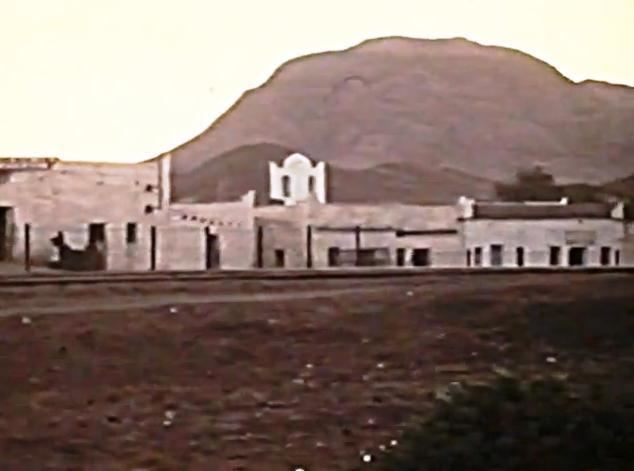 The Ali Sabieh settlement is several centuries old. During the Middle Ages, it was ruled by the Ifat and Adal sultanates. According to an old legend, the present-day territory of Ali Sabieh was covered by some trees and wadis. The nomadic sometime stop here for water on the way to the town of Zeila. In 1894, after signing successive treaties with the then ruling Issa Somali Sultans, the French established a protectorate in the region referred to as French Somaliland.

In December 1942, British invasion of French Somaliland about 2,000 British troops and Free French troops occupied the town. Following the conclusion of the 1977-1978 Ogaden War, Ali Sabieh, along with Dikhil, accommodated three quarters of the 8,000 Issa Somalis who had fled Ethiopia. This was to protect the construction of the railway Franco-Ethiopian military post that was installed 90 km of the line to July 1899. It was then guarded by the military "Sudan" from the Marchand mission.

Considered the border with Ethiopia, the area had few permanent settlements at the turn of the 20th century. In 1904, a report notes that "when the border post of Ali Sabieh, it has the appearance of a fortress. Attached to the circle of "Gobad-Dikkil" from its inception in 1931, Ali Sabieh became the chief town of a circle autonomously 1939. He was briefly attached to the circle of Djibouti between 1946 and 1949. It is managed by the commander of the circle Dikhil between 1952 and 1958, before finally receive its own administration.

Ali Sabieh economy today relies on tourism, agriculture and a number of small factories, most of which are involved in the building trade. The city was visited by more than 2,000 tourists over the years. For its famous landmark Ali Sabieh Mountain of national emblem of Djibouti symbol and for the Arrei Mountains highest point in Ali Sabieh region.

Ali Sabieh is located in a valley in the southern section of the country. The city is situated in a mountainous area, in an enclosed valley of the highlands. It sits at an elevation of 756 meters (2,480 ft) above sea level. Ali Sabieh is a mountainous and hilly town. This altitude gives the settlement and the surrounding area a milder climate than the Djibouti city coastal area, where the weather is typically hot. The citys layout is partially scattered and irregular. Houses are generally single storey and mostly cement made. To the east of Ali Sabieh is a grassland savannah, which attracts many types of wildlife to the area, including Black-backed Jackal, Dorcas Gazelle, Felis, Caracal, various bird species, and the Hamadryas baboon.

Djiboutian cuisine consists of a mixture of Somali, Afar, Ethiopian, Yemeni and French cuisine, with some additional Asian (especially Indian) culinary influences. Local dishes are commonly prepared using a lot of Middle Eastern spices, ranging from saffron to cinnamon. Spicy dishes come in many variations, from the traditional Fah-fah or "Soupe Djiboutienne" (spicy boiled beef soup) to the yetakelt wet (spicy mixed vegetable stew). Xalwo (halwo) or halva is a popular confection eaten during festive occasions, such as Eid celebrations or wedding receptions. It is made from sugar, corn starch, cardamom powder, nutmeg powder and ghee. Peanuts are also sometimes added to enhance texture and flavor. After meals, homes are traditionally perfumed using incense (cuunsi) or frankincense (lubaan), which is prepared inside an incense burner referred to as a dabqaad.