Zwolle is a municipality and the capital city of the province of Overijssel, Netherlands. It has a population around 125,000.

Zwolle area a top economic region in the netherlands

Zwolle nominee for best cycling city in the netherlands 2014 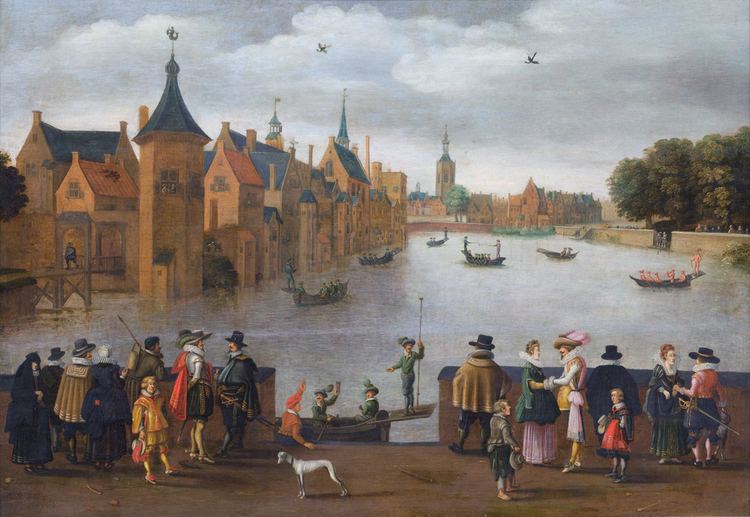 Archaeological findings indicate that the area surrounding Zwolle has been inhabited for a long time. A woodhenge that was found in the Zwolle-Zuid suburb in 1993 was dated to the Bronze Age period. During the Roman era, the area was inhabited by Salian Franks.

The modern city was founded around 800 A.D. by Frisian merchants and troops of Charlemagne. The name Zwolle is derived from the word Suolle, which means "hill" (cf. the English cognate verb "to swell"). This refers to an incline in the landscape between the four rivers surrounding the city, IJssel, Vecht, Aa and Zwarte Water. The hill was the only piece of land that would remain dry during the frequent floodings of the rivers. Zwolle was established on that incline.

A document mentions the existence of a parish church dedicated to St Michael. That church, the Grote or Sint Michaelskerk (big or Saint Michael Church), was renovated in the first half of the 15th century and exists to this day. The church contains a richly carved pulpit, the work of Adam Straes van Weilborch (about 1620), some good carving and an exquisite organ (1721).

On August 31, 1230, the bishop of Utrecht granted Zwolle city rights. Zwolle became a member of the Hanseatic league in 1294, and in 1361 joined the war between the Hanseatic League and Valdemar IV of Denmark. In the 1370 Treaty of Stralsund that ended the war, Zwolle was awarded a vitte, a trade colony, in Scania, then part of Denmark. Zwolles golden age came in the 15th century. Between 1402 and 1450, the citys Gross Regional Product multiplied by about six.

In July 1324 and October 1361, regional noblemen set fire to Zwolle. In the 1324 fire, only nine buildings escaped the flames.

Zwolle was also, with Deventer, one of the centers of the Brethren of the Common Life, a monastic movement. Three miles from Zwolle, on a slight eminence called the Agnietenberg, (hill of St Agnes), once stood the Augustinian convent in which Thomas a Kempis spent the greatest part of his life and died (in 1471).

At least as early as 1911, Zwolle had a considerable trade by river, a large fish market, and the most important cattle market in the Netherlands after Rotterdam. The more important industries comprised cotton manufactures, iron works, boat-building, dyeing and bleaching, tanning, rope-making, and salt-making.

In World War II, Zwolle was single-handedly liberated from the Germans by Canadian soldier Leo Major. He was made an honorary citizen of Zwolle in 2005 and a street is named for him.

In 2004, Zwolles De Librije restaurant was honored with 3 stars by Michelin Guide; as of 2007, with the demotion of Parkheuvel from 3 to 1 star, it is one of only two restaurants so honored in the entire country.