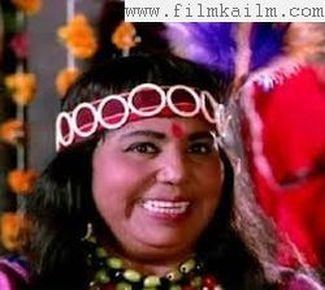 Uma Devi was born in a conservative North Indian family in a small village in Uttar Pradesh. After the untimely death of her parents while she was in her teens, she was raised by her brother and later by her uncle house.

She arrived in Bombay (Mumbai) at the age of 13, having run away from home, and knocked on composer Naushad Ali's door. She told him that she could sing and that she would throw herself in the ocean if he didn't give her a chance. He auditioned her, and hired her on the spot. She made her debut as a solo playback singer, in Nazir's Wamiq Azra (1946). Soon she signed a contract with the producer-director A.R. Kardar, who used Naushad as music director, and went on make a place for herself amidst music stalwarts like Noor Jehan, Rajkumari, Khursheed and Zohrabai Ambalewali.

In 1947, she had huge hits with "Afsana Likh Rahi Hoon Dil-e-beqarar ka", "Yeh Kaun Chala Meri Aankhon Mein Sama Kar", and "Aaj Machi Hai Dhoom Jhoom Khushi Se Jhoom", which she sang for actress Munawar Sultana in A.R. Kardar's Dard (1947), again under the music direction of Naushad; she also sang a duet, "Betaab Hai Dil Dard-e-Mohabat Ke Asar Se", with Suraiya In fact, a gentleman from Delhi was so enamoured by her song, "Afsana Likh Rahi Hoon", that he stayed with her in Bombay. They got married, and the couple had two daughters and two sons; her husband, whom she called Mohan, died in 1992.

Success of Dard meant that she next received Mehboob Khan's Anokhi Ada (1948), which again had two hit numbers, "Kahe jiya dole" and "Dil ko lagake humne kuch bhi na paya". This brought her into the league of highly rated playback singers. She reached her peak as a vocalist in director S.S. Vasan's "Chandralekha" (1948) made by Gemini Studios, Chennai. Her seven songs, which include hits like, "Saanjh ki bela", remain her most accomplished work in her singing career; though signing the film also meant a breach of contract with producer-director Kardar, which led to her dwindling fortunes in the industry.

Moreover, in following years, owing to her older style of singing and limited vocal range, she found it difficult to compete with the rising singing stars, Lata Mangeshkar and Asha Bhosle. Eventually Naushad suggested that she take up acting, because she had a very bubbly personality and wonderful comic timing. He asked his friend Dilip Kumar to cast her in one of his films, and she appeared in Babul (1950) with him, which had Nargis as the lead actress; it is he who renamed her as 'Tun Tun' to suit her comic persona, the name stayed with her, and a comedic legend was born.

In her career spanning five decades, she acted in around 198 films in Hindi/Urdu and other languages like Punjabi etc, pairing with top comedy actors of her times like Bhagwan Dada, Agha, Sunder, Mukri, Dhumal, Johnny Walker and Keshto Mukherjee. She was last seen in Hindi film in 'Kasam Dhande Ki' (1990).

Owing to her popularity, the name Tun Tun has become synonymous with fat women in India.

She died on 23 November 2003 in Andheri, Mumbai, after a prolonged illness at the age of 80 and is survived by her four children and four grandchildren.