Thousand Oaks is a city in southeastern Ventura County, California, United States. It is in the northwestern part of the Greater Los Angeles Area, approximately 35 miles (56 km) from Downtown Los Angeles and is also less than 15 mi (24 km) from the Los Angeles city neighborhood of Woodland Hills. It was named after the many oak trees that grow in the area, and the city seal is adorned with an oak.

The city forms the populated core of the Conejo Valley, which includes Thousand Oaks proper, Newbury Park, Westlake Village, Agoura Hills, and Oak Park. The Los Angeles County/Ventura County line crosses at the citys eastern border with Westlake Village. The population was estimated to be 128,731 in 2013, up from 126,683 at the 2010 census.

Thousand Oaks and Newbury Park were part of a master planned city, created by the Janss Investment Company in the mid-1950s. It included about 1,000 custom home lots, 2,000 single-family residences, a regional shopping center, 200-acre (0.81 km2) industrial park and several neighborhood shopping centers. The median home price is around $560,000 Thousand Oaks was ranked the 4th safest among cities with a population greater than 100,000 in the United States by the FBIs 2013 Uniform Crime Reports. 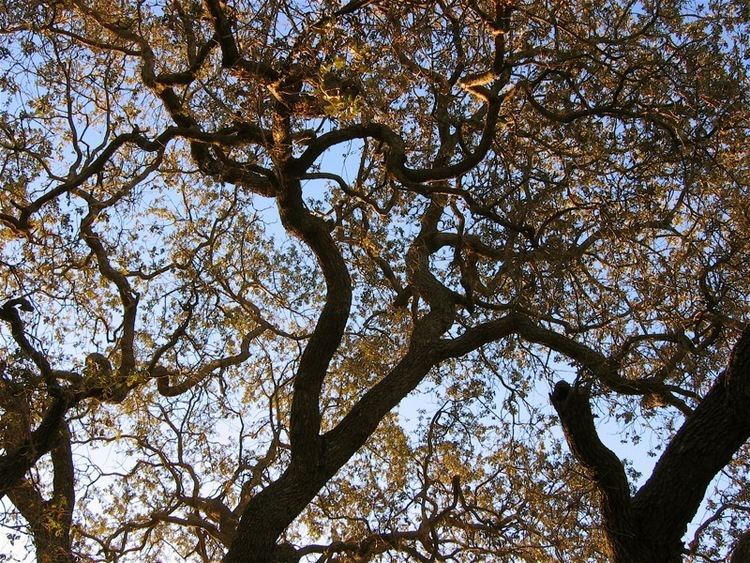 The area was once occupied by the Chumash people, and 2000-year-old cave drawings may still be seen at the Chumash Indian Museum, 3290 Lang Ranch Parkway, in the Lang Ranch section of the city. The Chumash village was known as Sapwi, which means "House of the Deer." 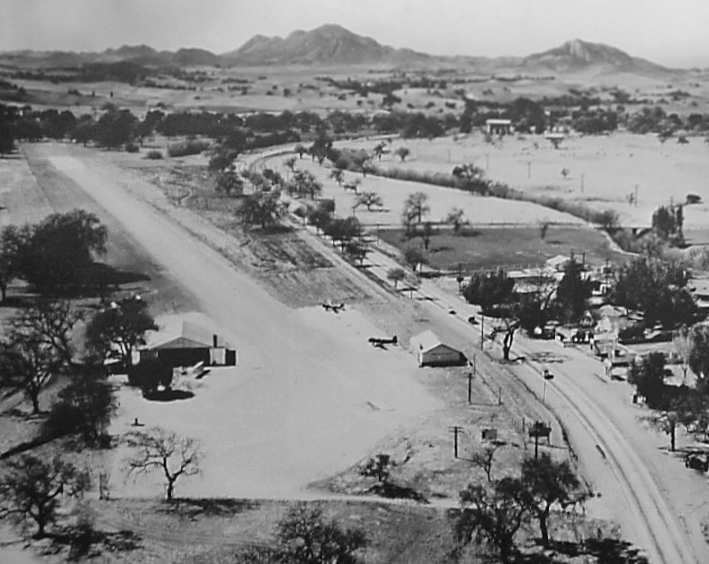 The areas recorded history dates to 1542 when Spanish explorer Juan Rodriguez Cabrillo landed at Point Mugu and claimed the land for Spain. It eventually became part of the 48,671 acres (196.96 km2) Rancho El Conejo land grant by the Spanish government, thus becoming the basis of the name Conejo Valley (conejo means "rabbit" in Spanish, and there are many in the area). It served as grazing land for vaqueros for the next fifty years.

In the late 19th century it was on the stagecoach route between Los Angeles and Santa Barbara. The Stagecoach Inn was built in 1876, and is now a California Historical Landmark and a popular museum.

The Janss family, developers of Southern California subdivisions, purchased 10,000 acres (40 km2) in the early 20th century. They eventually created plans for a "total community" and the name remains prominently featured in the city.

Jungleland USA was one of Southern Californias first theme parks. Wild animal shows entertained thousands in the 1940s and 1950s. Many TV and movie productions used the parks trained animals and were filmed there, including Birth of a Nation, Tarzan, and The Adventures of Robin Hood. Jungleland closed down in May 1968, in part due to competition from other amusement parks such as Knotts Berry Farm and Disneyland. The Thousand Oaks Civic Arts Center today stands on the site of the park.

The City of Thousand Oaks was incorporated on October 7, 1964, the first incorporated city in the Conejo Valley. Some sources mistakenly state that Thousand Oaks was incorporated on September 29, 1964, which was the date that voters approved the incorporation and selected the name. However, the incorporation only became official once the certificates of election were filed with the California Secretary of State, and then the record of affidavit was filed with the Ventura County Clerk. It is known for being entirely a planned community, as the city is one of few that have actually stayed with the master plan. As a result, the city has fewer of the problems of other cities of similar size, such as traffic congestion and pollution, although increased development in Moorpark and Simi Valley in the late 1990s and early 2000s caused the Moorpark Freeway (Highway 23) to become heavily congested during both morning and afternoon rush hours. A major widening project began in 2008 to alleviate most of this congestion. Because of its desirable environment and location, property values have appreciated more than 250% in less than ten years, primarily during the mid-90s to early 2000s.

Newbury Park is located in the westernmost part of the city. This unincorporated area was annexed by the city of Thousand Oaks through votes by Newbury Park communities. The only communities that chose to remain county areas are Casa Conejo, which was built from 1960 to about 1965, and Lynn Ranch, an old neighborhood in the western portion of the city. Thousand Oaks also annexed the parts of neighboring Westlake Village (then simply known as "Westlake") that were located in Ventura County, in two portions in 1968 and 1972.

Thousand Oaks is encouraging mixed-use retail and housing development along the downtown portion of Thousand Oaks Boulevard. The city is "built-out" within the confines of the Conejo Valley and has adopted a smart growth strategy as there is no room for the sprawling suburban growth the city is known for. 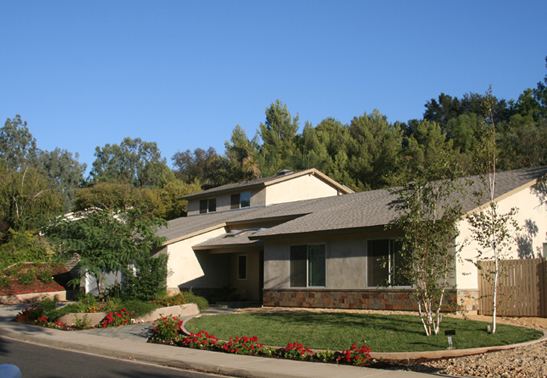 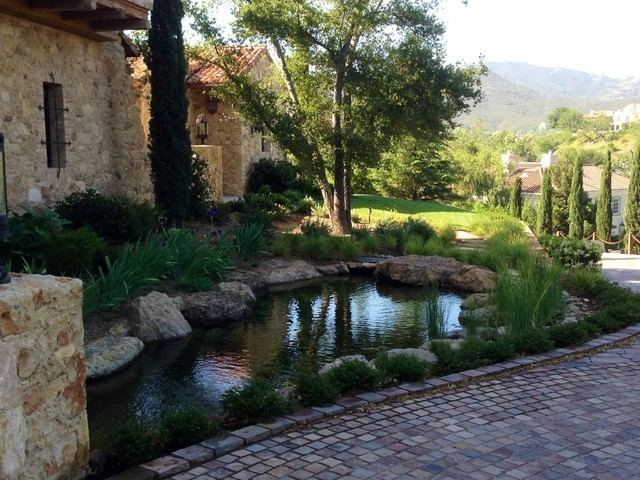 Although Thousand Oaks has a downtown area (focused around the Janss Marketplace mall, The Oaks mall, and W. Thousand Oaks Blvd.), a large portion of the citys inhabitants live in suburban communities a distance from the commercial centers of the city. The large housing districts near Lynn Road to the north and west are an example of this sprawl, despite attempts by Ventura County planners to reduce it.

The citys economy is based on a small range of businesses, with biotechnology, electronics, automotive, aerospace, telecommunications, healthcare, and financing occupying most of Thousand Oaks employment sector. Amgen, Teledyne Technologies, SAGE Publications, and Skyworks Solutions have corporate headquarters in the city, while Bank of America, Baxter International, General Dynamics Corporation, Verizon, Verizon Wireless, Volkswagen, Audi, General Motors, BMW, Silver Star Automotive Group, and Anthem Blue Cross manage regional offices. Thousand Oaks also has large employers Los Robles Hospital & Medical Center, Conejo Valley Unified School District, City of Thousand Oaks, Hyatt Hotels, and California Lutheran University headquartered in the city. The city was also the former home to the corporate offices of Wellpoint and GTE, which later became Verizon, which relocated in the last decade. J.D. Power and Associates is headquartered in Thousand Oaks. J.D. Power began moving its employees from its former headquarters in Agoura Hills, California, to its current headquarters in the Westlake section of Thousand Oaks in the weekend after April 11, 2002. The communities of Thousand Oaks, Westlake Village, and Agoura Hills are served by the Greater Conejo Valley Chamber of Commerce, one of the few in California to receive four-star accreditation from the United States Chamber of Commerce.