This article is about the city in Tamil Nadu, India. For its namesake district, see Thoothukudi District

Tuticorin, also known as Thoothukudi is a port city and a Municipal Corporation and an industrial city in Thoothukudi district of the Indian state of Tamil Nadu. The city lies in the Coromandel Coast off Bay of Bengal. Thoothukudi is the headquarters of Thoothukudi District. It is located about 590 kilometres (367 mi) south of Chennai and 190 kilometres (118 mi) northeast of Thiruvananthapuram (Trivandrum). According to Confederation of Indian Industry, Tuticorin has the second highest Human Development Index in Tamil Nadu next to Chennai. Tuticorin City serves as the headquarters of Tamilnad Mercantile Bank Limited. Major educational establishments in the city include Thoothukudi Government Medical College, Fisheries College and Research Institute, Marine Training Academy, V.O.C. Arts & Science College, Government Polytechnic College, and Anna University Tuticorin Campus.Tuticorin Port is one of the Fastest growing Major Ports in India.Tuticorin is an "Emerging Energy and Industrial hub of South India".

Thoothukudi is known as "Pearl City" due to the pearl fishing carried out in the town. It is a commercial seaport which serves the inland cities of Southern India and is one of the sea gateways of Tamil Nadu. It is also one of the major seaports in India with a history dating back to the 6th century AD. The city is believed to be of significant antiquity and has been ruled, at different times, by the Early Pandyas, Medieval Cholas, Later Cholas, Later Pandyas, Mabar Sultanate, Tirunelveli Sultanate, Vijayanagar Empire, Madurai Nayaks, Chanda Sahib, Carnatic kingdom, Portuguese, Dutch and the British. Thoothukudi was settled by the Portuguese, Dutch and later by the British East India Company. The city is administered by a Thoothukudi Municipal Corporation covering an area of 90.663 km2 (35.005 sq mi) and had a population of 237,830 in 2011. The urban agglomeration had a population of 410,760 as of 2011.

The majority of the people of the city are employed in salt pans, sea-borne trading, fishing, and tourism. A major attraction in the city is Our Lady of Snows Basilica, a 16th-century site. The 21 islands between Thoothukudi and Rameswaram shores in the Gulf of Mannar are noted as the first Marine Biosphere Reserve of India, and have around 36,000 species of flora and fauna. This protected area is called Gulf of Mannar Marine National Park. Our Lady of Snows Basilica festival is celebrated annually during August. This and the Shiva temple festivals, e.g., Adi Amavasai, Sasti, and Chittirai chariot festivals – are the major festivals of the area. Roadways are the major mode of transport to Thoothukudi, while the city also has rail, air, and sea transport.

Tuticorin (Thoothukudi) is also known by the name Thiru mandira Nagar.It is also called as "Sea Gateway of Tamil Nadu" Thoothukudi is part of the Pearl Fishery Coast, and is known for its pearl fishing and shipbuilding industries. Thoothukudi was the seat of Portuguese during the 16th century, and the Dutch occupied in the 17th century. During the 18th century the British overpowered and occupied the town. Being a port town, the town received attention from the rulers for improving their trade, and so it was brought to Municipal status in 1866. 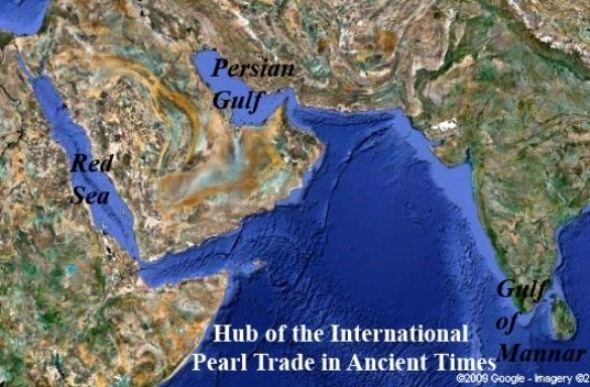 On the 20th of October 1986, a new district, carved out of the erstwhile Tirunelveli district was born in Tamil Nadu and named after V.O. Chidambaranar, a prominent national leader hailing from Ottapidaram who led the Swadeshi Movement in the south. Since 1997, as is the case in other districts of Tamil Nadu, this district has been named after its headquarters town, Thoothukudi.

Thoothukudi became the citadel of freedom struggles in the early of the 20th century. It was in Thoothukudi that the illustrious patriot, V.O. Chidambaram established the first swadesi Stream Navigation Company, sailing the first steamer S.S.Gaelia to Thoothukudi on 1 June 1907.

The minor port of the Thoothukudi anchorage port with lighter age facilities has had flourishing traffic for over a century. The first wooden jetty of this port was commissioned in 1864. This port was used for export of salt, cotton yarn, senna leaves, palmyrah stalks, palmyrah fibres, dry fish, country drugs, and other goods to neighboring countries and for import of coal, cotton, copra, pulses and grains. The minor port of the Thoothukudi has the distinction of being the intermediate port handling the highest traffic tonnage of over 1 million per annum

The major harbour of Thoothukudi is well known as a pearl diving and fishing center. It is one of the oldest seaports in the world and was the seaport of the Pandyan kingdom after Korkai, near Palayakayal. It was later taken over by the Portuguese in 1548, captured by the Dutch in 1658, and ceded to the British in 1825. The lighthouse built in 1842 marked the beginning of the history of harbour development in the city. Thoothukudi was established as a Municipality in 1866 with Roche Victoria as its first chairman. It attained the status of Corporation on 5 August 2008 after 142 years of being a municipality.Thoothukudi Corporation is divided into 60 wards after its expansion in the year 2011 and these wards are comprised in four zones—i.e., East, West, North, and South. East zone has 14–16 and 19–33 wards, West zone has 34–47 wards, North zone has 1–13 and 17, 18 wards and South zone has 48–60 wards

Thoothukudi is a port town situated in the Gulf of Mannar about 125 km (78 mi) North of Cape Commorin and its environs form part of the coastal belt which forms a continuous stretch of the flat country relieved here and there by small rockout crops. The region, surrounding Thoothukudi is liberally dotted with rain fed tanks. Red soils found on the southern side of the Tuticorin town is composed quartz and variable quantities of fine red dry dust. The port is an all weather one. The bay formed by the Hare Island, Devils point and the main land gives ample protection to the lighters from monosonic weather.The beach of Tuticorin is featured with calm breeze and very low waves giving an image of a big river.

Thoothukudi is located at 8.53°N 78.36°E? / 8.53; 78.36. Thoothukudi is located in South India, on the Gulf of Mannar, about 540 km (340 mi) south of Chennai and 125 km (78 mi) north of Kanyakumari. The hinterlands of the port of the city is connected to the districts of Madurai, Tirunelveli, Ramanathapuram and Tiruchirapalli. The city mostly has a flat terrain and roughly divided into two by the Buckle channel. Being in coastal region, the soil is mostly clay sandy and the water table varies between 1 m (3.3 ft) to 4 m (13 ft) below ground level. The city has loose soil with thorny shrubs in the north and salt pans in the south. The city experiences tropical climatic conditions characterised with immensely hot summer, gentle winter and frequent rain showers. Summer extends between March and June when the climate is very humid. Tuticorin registers the maximum temperature of 39 °C (102 °F) and the minimum temperature of 32 °C (90 °F).The city receives adequate rainfall during the months of October and November. The city receives around 444 mm (17.5 in) rainfall from the Northeast monsoon, 117.7 mm (4.63 in) during summer, 74.6 mm (2.94 in) during winter and 63.1 mm (2.48 in) during the South-west monsoon season. The coolest month is January and the hottest months are from May to June. The city has a very high humidity being in the coastal sector.

The 21 islands between Thoothukudi and Rameswaram shores in the Gulf of Mannar are notified as the first Marine Biosphere Reserve of India. About 36,000 species of flora and fauna exist in the region covered with mangroves, sandy shores, sea grass beds that are conducive for turtle nesting. The region around the Thoothukudi shores are home to rare marine flora and fauna. Coral reefs and pearl oysters are some of the exotic species while algae, reef fish, holothurians, shrimps, lobsters, crabs and Mollusca are very common. Out of 600 recorded varieties of fish in the region, 72 are found to be commercially important. The thermal discharge from the thermal plants and excessive brine run off from the salt pans impact the flora and fauna in the region to a large extent.

Salt pans in and around the city contribute majorly to the economy of the city. The salt pans produce 1.2 million tonnes of salt every year, contributing to 90% of the salt produced in the state and 50% needed by the chemical industries of the state. The other major industries are shipping, fishing, agricultural, power and chemical industries.Fishing is one of the largest contributor to the local economy. Tuticorin Fishing Harbour is one of the oldest and largest in Tamil Nadu. The Tuticorin Thermal Power Station has five 210 megawatt generators. The first generator was commissioned in July 1979. The thermal power plants under construction include the coal-based 1000 MW NLC TNEB Power Plant.In addition to this there are several private power plants like Ind Barath Power Limited,Coastal Energen, Sterlite Industries Captive power plant. Southern Petrochemical Industries Corporation,Tuticorin Alkali Chemicals, Heavy Water Board Plant, Sterlite Industries, Venus Home Appliances,Madura Coats and Mills,Dhrangadhra Chemical works,Kilburn Chemicals, Nila Sea foods,Diamond Sea foods Maris Associates, VVD Coconut oil mill,AVM oil mill, Ramesh flowers,Agsar Paints, Tuticorin Spinning Mills Ltd and KSPS Salts are some of the small scale and large scale industries in the city.Tuticorin City is the headquarters Tamilnad Mercantile Bank Limited.It is one of the fastest growing banks in India during the period of 2007-2012.Its total business is worth 360 billion.The bank targets a Total Business of 500 Billion INR in 2014-15.The city also has a research institute set up by Central Marine Fisheries Research Institute and a Spices laboratory set up by Spices Board of India.