Shan State (Burmese: , Shan: Thai: ) is a state of Burma (Myanmar). Shan State borders China to the north, Laos to the east, and Thailand to the south, and five administrative divisions of Burma in the west. Largest of the 14 administrative divisions by land area, Shan State covers 155,800 km², almost a quarter of the total area of Burma. The state gets its name from the Shan people, one of several ethnic groups that inhabit the area. Shan State is largely rural, with only three cities of significant size: Lashio, Kengtung, and the capital, Taunggyi. Taungyyi is 150.7 km north east of the nations capital Naypyitaw.

Shan State, with many ethnic groups, is home to several armed ethnic armies. While the military government has signed ceasefire agreements with most groups, vast areas of the state, especially those east of the Thanlwin river, remain outside the central governments control, and in recent years have come under heavy ethnic-Chinese economic and political influence. Other areas are under the control of military groups such as the Shan State Army. 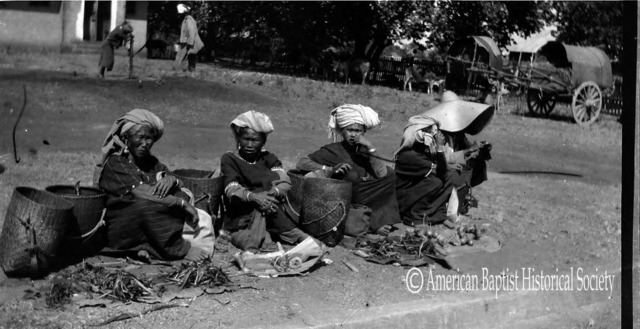 Shan State is the unitary successor state to the Burmese Shan States, the princely states that were under some degree of control of the Irrawaddy valley-based Burmese kingdoms. 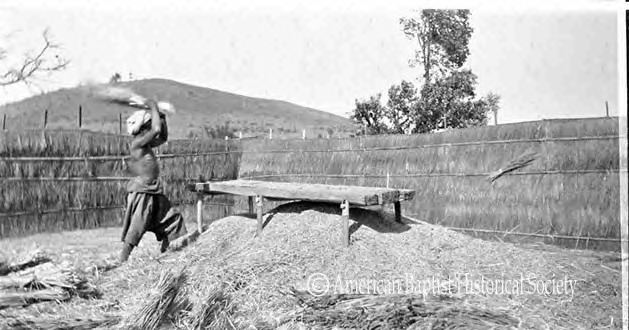 Historical Tai-Shan states extended well beyond the Burmese Shan States, ranging from full-fledged kingdoms of Assam in the northwest to Lan Xang in the east, to Lanna and Ayutthaya in the southeast, as well as several petty princely states in between, covering present-day northern Chin State, northern Sagaing Division, Kachin State, Kayah State in Myanmar as well as Laos, Thailand and the southwestern part of Yunnan, China. The definition of Burmese Shan States does not include the Ava Kingdom and the Hanthawaddy Kingdom of the 13th to 16th centuries, although the founders of these kingdoms were Burmanized Shans and Monized Shans, respectively. 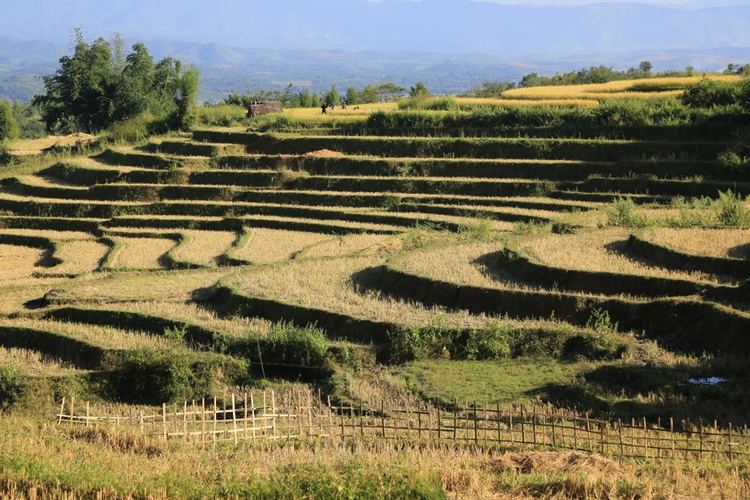 Most of the Shan State is a hilly plateau, the Shan Plateau, which together with the higher mountains in the north and south forms the Shan Hills system. The gorge of the Thanlwin (Salween/Namhkong) River cuts across the state. The famous Inle Lake where the leg-rowing Intha people live in floating villages, in the great Nyaung Shwe plain, is the second largest natural expanse of water in Burma, shallow but 14 miles (23 km) long and 7 miles (11 km) wide. Pindaya Caves near Aungban are vast limestone caves which contain 6226 Buddha images.

The road to Taunggyi via Kalaw and Aungban branches off at Thazi from the main Yangon–Mandalay Road; another road via Ywangan and Pindaya branches off from Kyaukse south of Mandalay. The railhead stops short of Taunggyi at Shwe Nyaung, again from Thazi junction, and nearby Heho has an airport.

A severe magnitude 6.8 earthquake struck in Tarlay, Tachileik Township, the eastern part of Shan State, on 24 March 2011. It killed more than 70 and injured more than 100 people. 390 houses, 14 Buddhist monasteries and 9 government buildings were damaged.

Silver, lead, and zinc are mined, notably at the Bawdwin mine, and there are smelters at Namtu. Rubies are extracted in large quantity in Mong Hsu Township in late 1990s and early 2000s.