Padang is the largest city in the western coast of Sumatra, Indonesia and the capital of West Sumatra province. It has an area of 694.96 square kilometres (268.33 sq mi) and a population of over 1,024,906 people at the 2014 survey. It is exactly at the antipodes of Esmeraldas, Ecuador

Since the 16th century Padang has been a trade centre. During the 16th and 17th centuries pepper was cultivated and traded with India, Portugal, the United Kingdom and the Netherlands. In 1663 the city came under the authority of the Dutch. The Dutch built a trading post here in 1680. The city came under British authority twice, the first time from 1781 to 1784 during the Fourth Anglo-Dutch War, and again from 1795 to 1819 during the Napoleonic Wars. Afterwards the city was transferred back to the Netherlands. Up to approximately 1780 the most important trade product was gold, originating from the gold mines in the region. When the mines were exhausted, the emphasis turned to other products such as coffee, salts and textiles.

At the time of independence in the 1940s the city had around 50,000 inhabitants. Coffee was still important, but copra was also a major item produced by farmers in its hinterland. The population growth since then has been partly a result of growth in the area of the city, but largely is a result of the migration to major cities seen in so many developing nations. In 1950 there was development of the Ombilin coal field with Padang as its outlet. This was seen by some observers as reflecting the economic as well as political colonization of Indonesia.

On 30 September 2009, a 7.9 magnitude earthquake hit about 50 kilometers off the coast of Padang. There were more than 1,100 fatalities, 313 of which occurred within Padang. 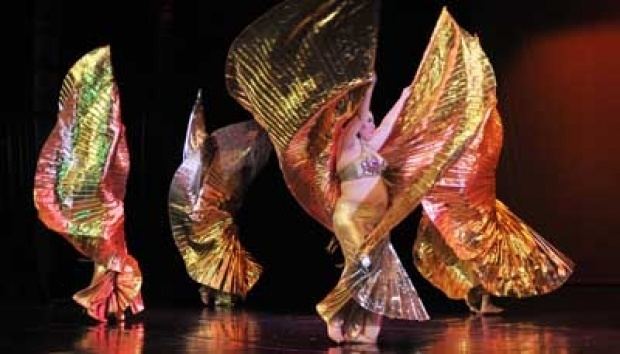 Padang is the home town of the soccer team Semen Padang, with Haji Agus Salim Stadium being the home stadium of the club.

Padang is home to an annual international dragon boat competition.

Padang is a common transit point for surfers traveling to Batu Islands and Mentawai Islands, and for tourists visiting the West Sumatran highlands. Padang beach (known as Taplau or Tapi Lauik) which located from Samudra Street until Puruih, is well known for its beautiful sunset and hundreds of food stalls. Bungus bay, to the south of Padang, is suitable for swimming and boating.

Adityawarman Museum specializes in the history and culture of the local Minangkabau ethnic group, and the main exhibits are housed within a Rumah Gadang style building.

Batang (River) Kuranji flows in Padang and on top area of the river at Batu Busuk, Lambung Bukit sub-district is suitable for white water activities. 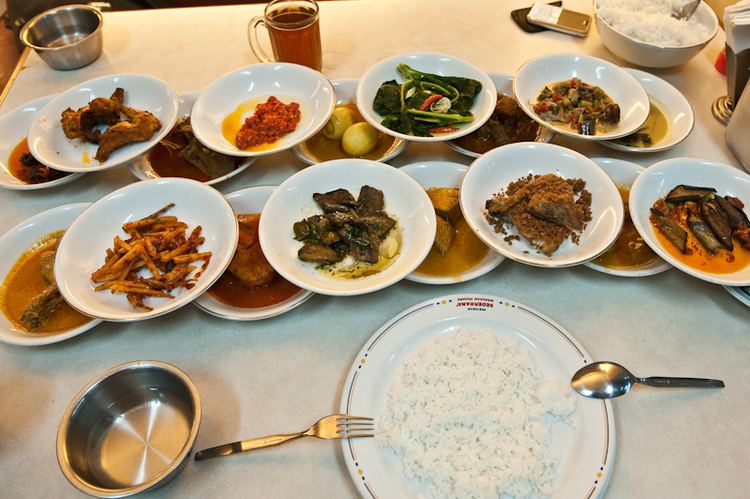 Padang food is the cuisine of the Minangkabau people of West Sumatra, Indonesia. It is among the most popular food in Maritime Southeast Asia. It is known across Indonesia as Masakan Padang (Padang cuisine, in English usually the simpler Padang food) after the city of Padang the capital city of West Sumatra province. It is served in restaurants mostly owned by perantauan (migrating) Minangkabau people in Indonesian cities. Padang food is ubiquitous in Indonesian cities and is popular in neighboring Malaysia and Singapore. The term "Padang food" is often used to designate the whole culinary traditions of Minangkabau people. However, this term is seldom used in Minangkabau inland cities such as Bukittinggi — a culinary hotspot in West Sumatra where they refer to it as Masakan Minang or Minangkabau food, since there are differences between Nasi Padang of Padang and Nasi kapau of Bukittinggi.

Padang food is famous for its rich taste of succulent coconut milk and spicy chili. Among the cooking traditions in Indonesian cuisine, Minangkabau cuisine and most of Sumatran cuisine, demonstrate Indian and Middle Eastern influences, with dishes cooked in curry sauce with coconut milk and the heavy use of spices mixture.

Because most Minangkabau people are Muslims, Minangkabau cuisine follows halal dietary law rigorously. Protein intake are mostly taken from beef, water buffalo, goat, lamb meat, and poultry and fish. Minangkabau people are known for their fondness of cattle meat products including offal. Almost all the parts of a cattle, such as meat, ribs, tongue, tail, liver, tripe, brain, bone marrow, spleen, intestine, cartilage, tendon, and skin are made to be Minangkabau delicacies. Seafood is popular in coastal West Sumatran cities, and most are grilled or fried with spicy chili sauce or in curry gravy. Fish, shrimp, and cuttlefish are cooked in similar fashion. Most of Minangkabau food is eaten with hot steamed rice or compressed rice such as katupek (ketupat). Vegetables are mostly boiled such as boiled cassava leaf, or simmered in thin curry as side dishes, such as gulai of young jackfruit or cabbages.

How to eat indonesian food

In Padang food establishments, it is common to eat with ones hands. They usually provide kobokan, a bowl of tap water with a slice of lime in it to give a fresh scent. This water is used to wash ones hands before and after eating. If a customer does not wish to eat with bare hands, it is acceptable to ask for a spoon and fork.

The cuisine is usually cooked once per day. To have Nasi Padang in restaurants customers choose from those dishes, which are left on display in high-stacked plates in the windows. During a dine-in hidang (serve) style Padang restaurant, after the customers are seated, they do not have to order. The waiter immediately serves the dishes directly to the table, and the table will quickly be set with dozens of small dishes filled with highly flavored foods such as beef rendang, curried fish, stewed greens, chili eggplant, curried beef liver, tripe, intestines, or foot tendons, fried beef lung, fried chicken, and of course, sambal, the spicy sauces ubiquitous at Indonesian tables. Customers take — and pay for — only what they want from this array. The best known Padang dish is rendang, a spicy meat stew. Soto Padang (crispy beef in spicy soup) is local residents breakfast favorite, meanwhile sate (beef satay in curry sauce served with ketupat) is a treat in the evening.

The cuisine of the Minangkabau people is commonly called Padang cuisine. Padang restaurants are common throughout the country and are famous for their spicy food. Padang food is usually cooked once per day, and all customers choose from those dishes, which are left out on display until no food is left. It is served in small portions of various dishes, but constituting, with rice, a complete meal. Customers take – and pay for – only what they want from this array of dishes. The best known Padang dish is rendang, a spicy meat stew. soto Padang (crispy beef in spicy soup) is local residents breakfast favorite, meanwhile sate (beef satay in curry sauce served with ketupat) is a treat in the evening.