Oosaravelli (English: Chameleon) is a 2011 Telugu romantic thriller film directed by Surender Reddy. It stars N. T. Rama Rao Jr. and Tamannaah Bhatia in the lead roles and Shaam, Prakash Raj, Payal Ghosh, Murali Sharma, Jaya Prakash Reddy and Rahman in supporting roles. The score and soundtrack for the film is composed by Devi Sri Prasad. The film released across 1,800 screens worldwide. Despite its mixed reviews from critics, the film had amazing opening day business at the box office but eventually recorded as a hit. It broke previous tollywood records of highest opening day gross by grossing a whopping amount of ?16.3 crore (US$2.5 million). This film is inspired from Chinese film Vengeance (2009). The film is remade into Bengali in 2013 as Rocky, directed by Sujit Mondal, starring Mahaakshay Chakraborty and Pooja Bose. This movie is dubbed in Hindi as Mar Mitenge. 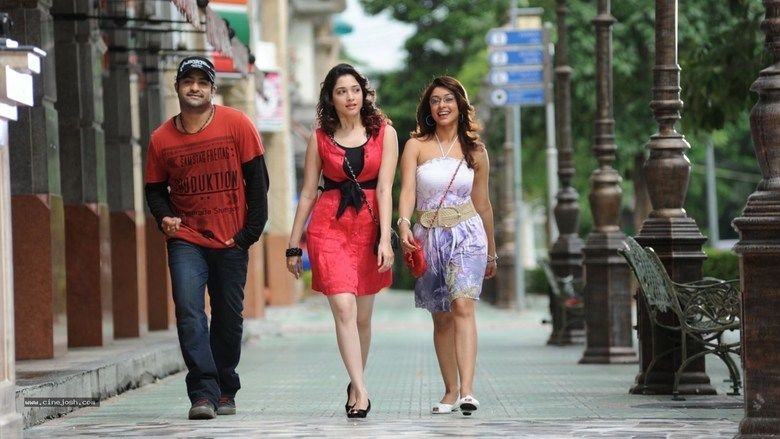 Tony (NTR) is a wily youngster who does illegal things for money. He falls in love with Niharika (Tamanna) during a freak incident. He keeps following her and proposing to her. But she is engaged to some other rich guy. Tony has a secret mission and he is in hot pursuit of somebody. The rest of the story is all about the love story between the lead pair and how Tony achieved his mission. 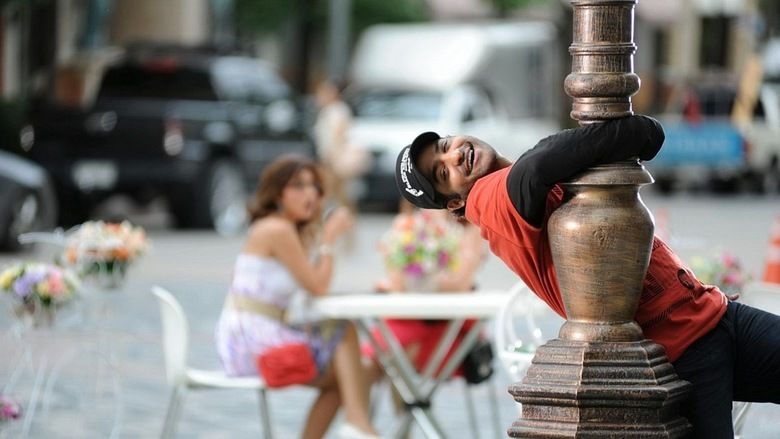 Tony (N. T. Rama Rao Jr) does anything for money. When Tony went to Kashmir he met a young girl named Niharika (Tamannaah) while being kidnapped by terrorists. He falls in love with her and then rescues her. But Tony found out that Niharika was already engaged to Rakesh. Rakesh is a goon (and the ministers son) but Niharika doesnt know that. When Niharika found out that he was a goon, she dumped him. And she also came to know that she is in love with Tony. Later on Tony kills Rakesh and captures his son DSP Jr.(Sai). Later on when Tony, Niharika, and Chitra (Payal Ghosh) go to the temple, Chitra sees Tony killing someone. And then there is a flashback about how he and Niharika met before but she lost her memory. That happened because Niharikas brother was an undercover cop and when goons found out they killed the whole family. The only one who survived was Niharika but she had a bullet in her head. The doctors said that she would lose her memory soon. So, she tells Tony to kill the people who killed her family because she had seen Tony beating up a bunch of people. In the end tony kills all the goons who killed Niharikas family. 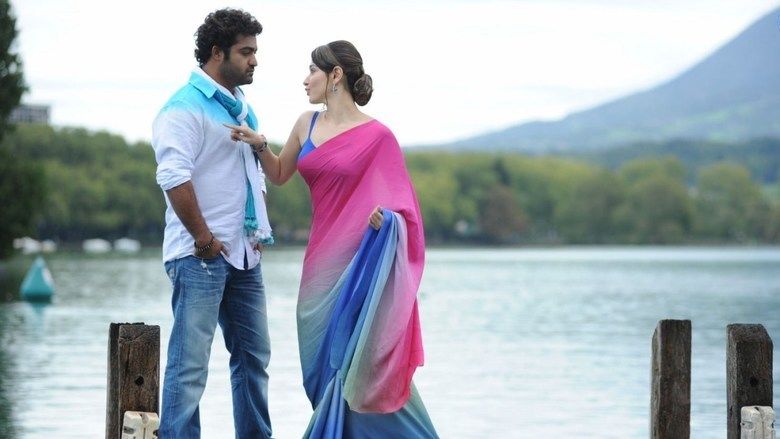 The production of the film began on 3 March 2011 at Gandipet. The film was shot in Hyderabad, Switzerland, Bangkok, Pattaya, Italy and France. The films audio was released through Aditya music on 15 September at Shilpakala Vedika in Hyderabad. 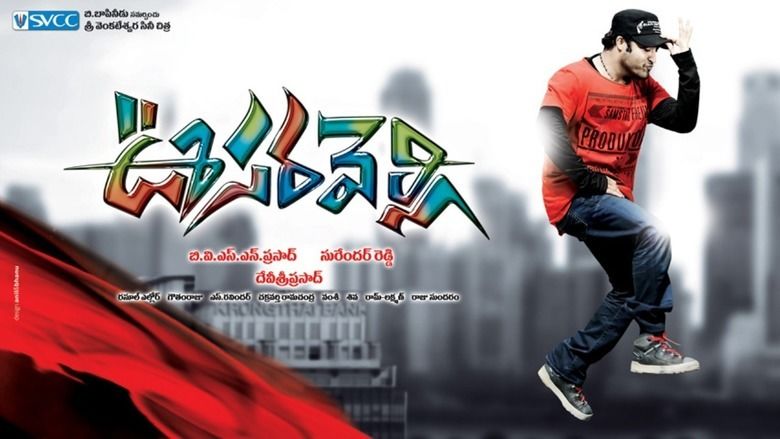 The film released in 1800 screens worldwide on 6 October 2011. The Nizam area of Andhra Pradesh saw 200 theatres including 76 theatres in Hyderabad screening the film, while in the overseas territory, the release in the USA was 91 theatres. 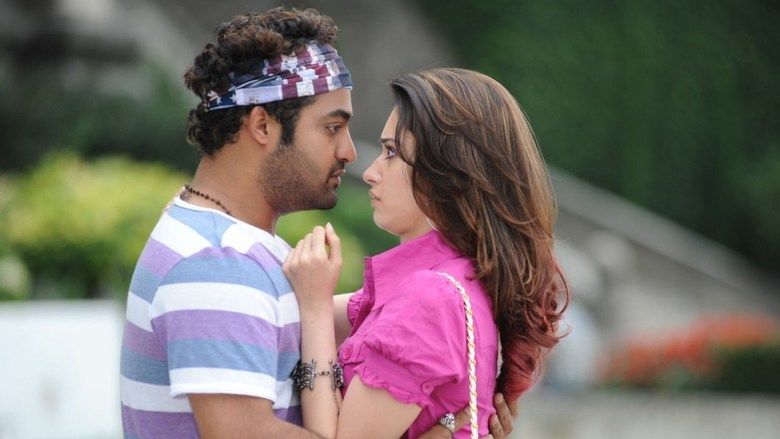 Times Of India, which gave a two star, said "screenplay falls short, especially in the second half of the film. NTR steals the show in the first half. In most scenes, he underplays his emotions and manages to evoke some laughs. But towards the end of the movie, his act gets inconsistent and he doesnt emote too well either. Tamannah and Payal Ghosh do justice to their roles. CNN-IBN gave a negative review commenting "Oosaravelli fails to live up to the expectations, and one can blame a weak script for this debacle. The movie is a disappointment for ardent NTR fans but for average viewers it is nothing more than a predictable hotchpotch film". Rediff gave a two and half stars explaining "Oosaravelli is a routine revenge drama. There is some humour woven in, there are some interesting twists and turns and some flashback episodes. Even so, the director does not seem to have a proper grip on the story. Post-interval the momentum slackens. NTR is different in terms of his styling and acting. On the whole, it seems like watching a new, more restrained NTR. Tamannaah turns in a good performance.

Oneindia.in gave the film an average verdict, saying "Oosaravelli promises big but falls very short of expectations. The film is an average entertainer and the one big positive thing in Oosaravelli is that the director has tried something new and different. Tamanna also gets a good role that has scope for action. She does complete justice to her role. NTR brings in positive energy. The twists are good". B.V.S. Prakash of Deccan Chronicle wrote "A street-smart goon, played by NTR, goes on a killing free terminating ruthless people in an effort to fulfil a promise he made to a hapless girl played by Tammanah. Instead of making a regular vigilante movie, director Surender Reddy blends romance with humour to lessen the gory part of this entertainer, but once the â€œsecretâ€� behind the killings is revealed, the film loses its sheen". NDTV stated "With Oosaravelli, director Surender Reddy has tried something new and different. If you are a hardcore NTR fan, then it is a must-watch otherwise the film is an average entertainer".

The audio launch program was aired live on MAA TV and was held at Shilpakala Vedika on the same day.

123telugu.com gave a review stating "â€˜Oosaravelliâ€™ is not a typical NTR album. NTR said that he is trying out something new with â€˜Oosaravelliâ€™ and it reflects in the audio album. There are some nice melodies and youthful tracks but there are some mass, commercial numbers as well.The audio tries to play to the strengths of NTR and Surender Reddy. There is ample scope for stylish picturization and room has been left for NTR to showcase his dancing. â€˜Niharika Niharikaâ€™, â€˜Nenante Naakuâ€™,Dandiya Indiaâ€™ & â€˜Love Ante Caringâ€™ are my picks. A pretty decent album overall but definitely not DSPâ€™s best work. Success will depend on choreography and picturization." Ragalahari.com gave a review stating "Overall vision of the songs is good but this album may disappoint the movie lovers a little since they have already listened to better songs in NTR-Devisri combination in the past. However, Devisri has the ability to instantly capture the listenersâ€™ attention through these catchy songs â€˜Oosaravelliâ€™, â€˜Dandiya Indiaâ€™, â€˜Niharikaâ€™, â€˜Love ante Caringâ€™ and â€˜Yelango Yelangoâ€™." milliblog stated the album as a "Thoroughly enjoyable soundtrack by Devi!" Bharatstudent.com gave a review stating "The album has some solid numbers and two or three tracks have the appetite for getting into the chartbuster list. However, this is not an album which will catch you in the first listening. One has to go through the album two to three times to get into its groove. As expected, the focus is more on the beats and the energy levels than the melody. So, the songs would be fit for a season and forgotten later. Overall, this can be bought for those selected numbers."

oosaravelli had a pre-release business up to ?45 crore (US$7.0 million) which is a record for Jr.Ntr films.