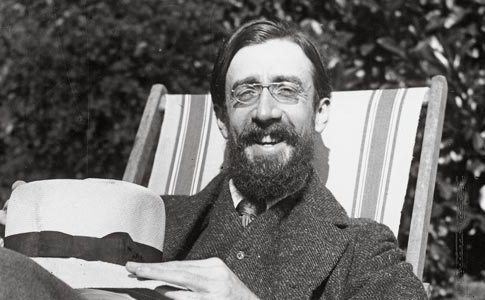 A founding member of the Bloomsbury Group and author of Eminent Victorians, he is best known for establishing a new form of biography in which psychological insight and sympathy are combined with irreverence and wit. His biography Queen Victoria (1921) was awarded the James Tait Black Memorial Prize. 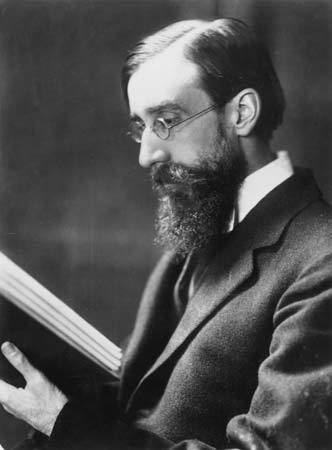 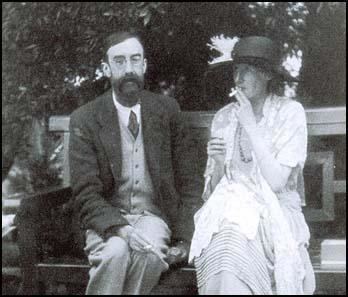 Strachey was born on 1 March 1880 at Stowey House, Clapham Common, London, the fifth son and the eleventh child of Lieutenant General Sir Richard Strachey, an officer in the British colonial armed forces, and his second wife, the former Jane Grant, who became a leading supporter of the women's suffrage movement. He was named "Giles Lytton" after an early sixteenth-century Gyles Strachey and the first Earl of Lytton, who had been a friend of Richard Strachey's when he was Viceroy of India in the late 1870s. The Earl of Lytton was also Lytton Strachey's godfather. The Stracheys had thirteen children in total, ten of whom survived to adulthood, including Lytton's sister Dorothy Strachey. 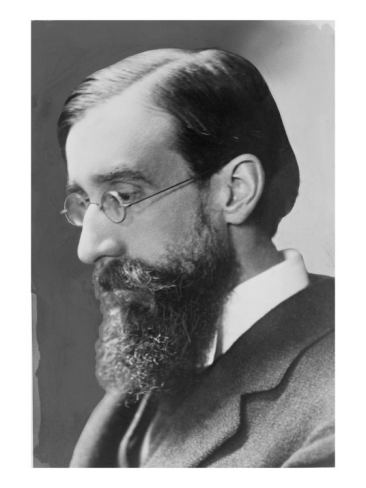 When Lytton was four years old the family moved from Stowey House to 69 Lancaster Gate, North of Kensington Gardens. This was their home until Sir Richard Strachey retired twenty years later. Lady Strachey was an enthusiast for languages and literature, making her children perform their own plays and write verse from early ages. She thought that Lytton had the potential to become a great artist so she decided that he would receive the best education possible in order to be "enlightened." By 1887 he had begun the study of French, and he was to admire French culture throughout his life.

Strachey was educated at a series of schools, beginning at Parkstone, Dorset. This was a small school with a wide range of after-class activities, where Strachey's acting skills exceeded those of other pupils; he was particularly convincing when portraying female parts. He even told his mother how much he liked dressing as a woman in real life to confuse and entertain others.

Lady Strachey decided in 1893 that her son should start his more serious education and sent him to Abbotsholme School in Rocester, Derbyshire, where pupils were required to do manual work every day. Strachey, who always had a fragile physique, objected to this requirement and after few months he was transferred to Leamington College, where he became a victim of savage bullying. Sir Richard, however, told his son to "grin and bear the petty bullying." Strachey did eventually adapt to the school and became one of its best pupils. His health also seems to have improved during the three years he spent at Leamington, although various illnesses continued to plague him.

When Strachey turned seventeen, in 1897, Lady Strachey decided that he was ready to leave school and go to university, but because she thought he was too young for Oxford she decided that he should first attend a smaller institution, the University of Liverpool. There Strachey befriended the Professor of Modern Literature, Walter Raleigh, who, besides being his favourite teacher, also became the most influential figure in his life before he went up to Cambridge. In 1899 Strachey took the Christ Church scholarship examination, wanting to get into Balliol College, Oxford, but the examiners determined that Strachey's academic achievements were not remarkable and were struck by his "shyness and nervousness." They recommended Lincoln College as a more suitable institution, advice that Lady Strachey took as an insult, deciding then that he would attend Trinity College, Cambridge, instead.

Strachey was admitted as a Pensioner at Trinity College, Cambridge, on 30 September 1899. He became an Exhibitioner in 1900 and a Scholar in 1902. He won the Chancellor's Medal for English Verse in 1902 and was given a B.A. degree after he had won a second class in the History Tripos in June 1903. He did not, however, take leave of Trinity, but remained until October 1905, to work on a thesis that he hoped would gain him a Fellowship. Strachey was often ill and had to leave Cambridge repeatedly to recover from the palpitations that affected him.

Strachey's years at Cambridge were happy and productive. Among the freshmen at Trinity there were three with whom Strachey soon became closely associated: Clive Bell, Leonard Woolf and Saxon Sydney-Turner. With another undergraduate, A. J. Robertson, these students formed a group called the Midnight Society, which, in the opinion of Clive Bell, was the source of the Bloomsbury Group. Other close friends at Cambridge were Thoby Stephen and his sisters Vanessa and Virginia Stephen (later Bell and Woolf respectively).

Strachey also belonged to the Conversazione Society, the Cambridge Apostles to which Tennyson, Hallam, Maurice, and Sterling had once belonged. In these years Strachey was highly prolific in writing verse, much of which has been preserved and some of which was published at the time. Strachey also became acquainted with other men who greatly influenced him, including G. Lowes Dickinson, John Maynard Keynes, Walter Lamb (brother of the painter Henry Lamb), George Mallory, Bertrand Russell and G. E. Moore. Moore's philosophy, with its assumption that the summum bonum lies in achieving a high quality of humanity, in experiencing delectable states of mind and in intensifying experience by contemplating great works of art, was a particularly important influence.

In the summer of 1903 Strachey applied for a position in the Education Department of the Civil Service. Even though the letters of recommendation written for him by those under whom he had studied showed that he was held in high esteem at Cambridge, he failed to get the appointment and decided to try for a fellowship at Trinity College. He spent the years from 1903 to 1905 writing a 400-page thesis on Warren Hastings, which was not well received by scholars of his time.

After Strachey left Cambridge in 1905 his mother assigned him a bed-sitting room at 69 Lancaster Gate. After the family moved to 67 Belsize Gardens in Hampstead, and later to another house in the same street, he was assigned other bed-sitters. But, as he was about to turn 30, family life started irritating him, and he took to travelling into the country more often, supporting himself by writing reviews and critical articles for The Spectator and other periodicals. About 1910–11 he spent some time at Saltsjobaden, near Stockholm in Sweden. In this period he also lived for a while in a cottage on Dartmoor and about 1911–12 spent a whole winter at East Ilsley on the Berkshire Downs. During this time he decided to grow a beard, which became his most characteristic feature. On 9 May 1911 he wrote to his mother:

The chief news is that I have grown a beard! Its colour is very much admired, and it is generally considered extremely effective, though some ill-bred persons have been observed to laugh. It is a red-brown of the most approved tint, and makes me look like a French decadent poet—or something equally distinguished.

In 1911 H. A. L. Fisher, a former President of the British Academy and of the Board of Education, was in search of someone to write a short one-volume survey of French literature. Fisher had read one of Strachey's reviews ("Two Frenchmen," Independent Review (1903)) and asked him to write an outline in 50,000 words, giving him J. W. Mackail's Latin Literature (1909) as a model. Landmarks in French Literature, dedicated to "J[ane] M[aria] S[trachey]," his mother, was published on 12 January 1912. Despite almost a full column of praise in The Times Literary Supplement of 1 February and sales that by April 1914 had reached nearly 12,000 copies in the British Empire and America, the book brought Strachey neither the fame he craved nor the money he badly needed.

Soon after the publication of Landmarks, Strachey's mother and his friend Harry Norton supported him financially. Each provided him with £100, which, together with his earnings from the Edinburgh Review and other periodicals, made it possible for him to rent a small thatched cottage, The Lacket, outside the village of Lockeridge, near Marlborough, Wiltshire. He lived there until 1916 and it was there that he wrote the first three parts of Eminent Victorians.

Strachey's theory of biography was now fully developed and mature. He was greatly influenced by Dostoyevsky, whose novels he had been reading and reviewing as they appeared in Constance Garnett's translations. The influence of Freud was important on Strachey's later works, most notably on Elizabeth and Essex, but not at this earlier stage.

In 1916 Lytton Strachey was back in London living with his mother at 6 Belsize Park Gardens, Hampstead, where she had now moved. In the late autumn of 1917, however, his brother Oliver and his friends Harry Norton, John Maynard Keynes and Saxon Sydney-Turner agreed to pay the rent on the Mill House at Tidmarsh, near Pangbourne, Berkshire.

From 1904 to 1914 Strachey contributed book and theatre reviews to The Spectator.

During the First World War Strachey applied for recognition as a conscientious objector, but in the event he was granted exemption from military service on health grounds. He spent much of the war with like-minded people such as Lady Ottoline Morrell and the Bloomsberries.

His first great success, and his most famous achievement, was Eminent Victorians (1918), a collection of four short biographies of Victorian heroes. This work was followed by another in the same style, Queen Victoria (1921).

From then on Strachey needed no further financial aid. He continued to live at Tidmarsh until 1924, when he moved to Ham Spray House near Marlborough, Wiltshire. This was his home for the rest of his life.

Strachey died of (undiagnosed) stomach cancer on January 21, 1932, at the age of 51. It is reported that his final words were: "If this is dying, then I don't think much of it."

Though Strachey spoke openly about his homosexuality with his Bloomsbury friends, and had a relationship with John Maynard Keynes, who was also a member of the Bloomsbury group, it was not widely publicised until the late 1960s, in a biography by Michael Holroyd.

Strachey had an unusual relationship with the painter Dora Carrington. She loved him and they lived together from 1917 until his death. In 1921 Carrington agreed to marry Ralph Partridge, not for love but to secure the three-way relationship. She committed suicide two months after Strachey's death. Strachey himself had been much more interested sexually in Partridge, as well as in various other young men, including a secret sadomasochistic relationship with Roger Senhouse (later the head of the publishing house Secker & Warburg). Strachey's letters, edited by Paul Levy, were published in 2005.

Virginia Woolf's husband Leonard Woolf said that in her experimental novel The Waves, "there is something of Lytton in Neville." Lytton is also said to have been the inspiration behind the character of St John Hirst in her novel The Voyage Out. Michael Holroyd describes Strachey as the inspiration behind Cedric Furber in Wyndham Lewis's The Self-Condemned. In Lewis's novel The Apes of God he is seen in the character of Matthew Plunkett, whom Holroyd describes as "a maliciously distorted and hilarious caricature of Lytton." In the Terminus Note in E. M. Forster's Maurice, Forster remarks that the Cambridge undergraduate Risley in the novel is based on Strachey.