Louella Parsons (August 6, 1881 – December 9, 1972) was the first American movie columnist. She was retained by William Randolph Hearst, possibly because she had praised Hearst's mistress Marion Davies, and her columns were read by 20 million people in 400 newspapers worldwide.

She remained Queen of Hollywood until the arrival of flamboyant Hedda Hopper, who displayed similar talents, and with whom she feuded viciously for years. 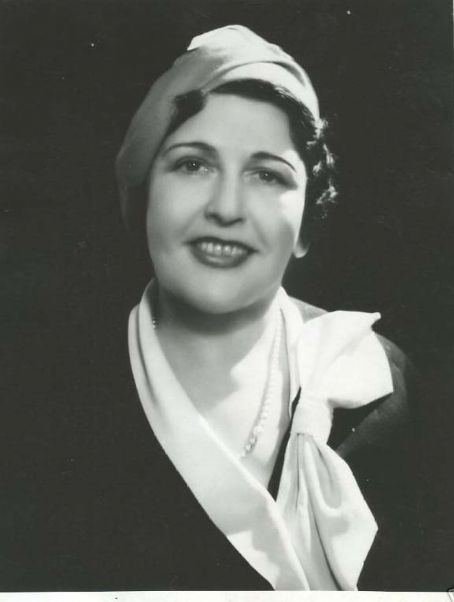 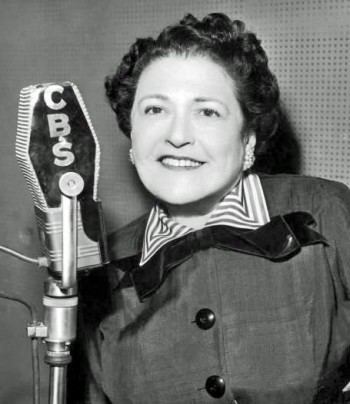 She was born Louella Rose Oettinger in Freeport, Illinois, the daughter of Helen (Stine) and Joshua Oettinger. Her father was of German Jewish descent, as was her maternal grandfather, while her maternal grandmother, Jeanette Wilcox, was of Irish origin. During her childhood, her parents attended an Episcopal church. She had two brothers, Edwin and Fred, and a sister, Rae. In 1890, her widowed mother married John H. Edwards. They lived in Dixon, Illinois, later hometown of Ronald Reagan. 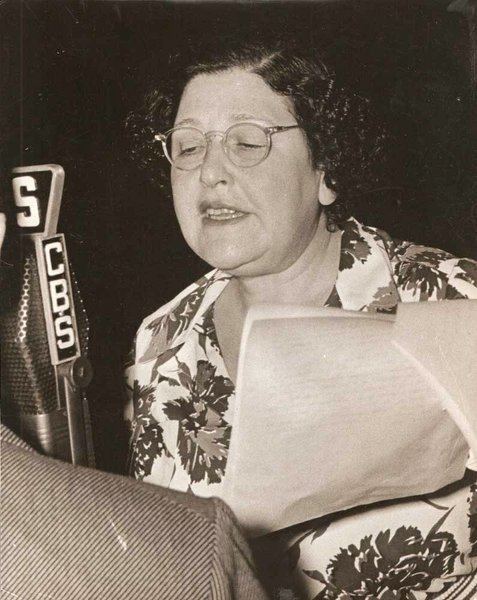 In her teens, Louella was already a smart and intelligent young woman, but there were few literary outlets for her ambitions. It wasn't until high school that Louella decided to become a writer or a reporter. On June 4, 1901, at her high school graduation, Louella gave a foretelling speech, entitled "Great Men," after which her principal announced that she would become a great writer. 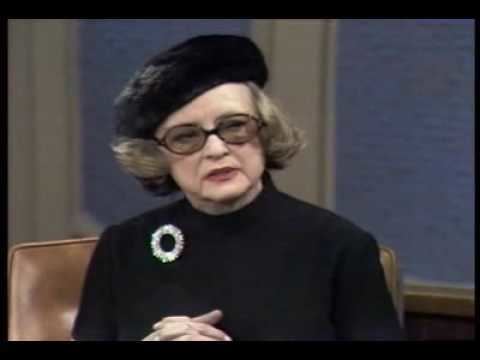 After high school, Parsons enrolled in a teacher’s course at a local Dixon college. She received a financial contribution from a distant German relative. While still in college, Parsons obtained her first newspaper job as a part-time writer for the Dixon Star. In 1902, she became the first female journalist in Dixon, where she gossiped about Dixon social circles, making a step towards her Hollywood career.

She and her first husband, John Parsons, moved to Burlington, Iowa. Her only child, Harriet (1906–1983), who grew up to become a film producer, was born there. While in Burlington, Parsons saw her first motion picture, The Great Train Robbery (1903).

When her marriage broke up, Parsons moved to Chicago. In 1912, she had her first taste of the movie industry by selling a script for $25 to the Essanay Company, which would soon be employing Charlie Chaplin. Her small daughter, Harriet, was billed as "Baby Parsons" in several movies, which included The Magic Wand (1912), written by Louella Parsons. She also wrote a book titled How to Write for the Movies.

In 1914, Parsons began writing the first gossip column in the United States for the Chicago Record Herald. William Randolph Hearst bought that newspaper in 1918 and Parsons was out of a job, as Hearst had not yet discovered that movies and movie personalities were news. Parsons then moved to New York City and started working for the New York Morning Telegraph writing a similar movie column, which attracted the attention of Hearst. In 1923, after shrewd bargaining on both sides, she signed a contract and joined the Hearst newspaper the New York American.

In 1925, Parsons contracted tuberculosis and was told she had six months to live. She moved to Arizona for the dry climate, then to Los Angeles, where she decided to stay. With the disease in remission, she went back to work, becoming a syndicated Hollywood columnist for Hearst. As she and the publishing mogul had developed an ironclad relationship, her Los Angeles Examiner column came to appear in over six hundred newspapers the world over, with a readership of more than twenty-million, and Parsons gradually became one of the most powerful voices in the movie business with her daily allotment of gossip. According to Hearst's mistress and protege Marion Davies, Parsons had encouraged readers to "give this girl a chance" while the majority of critics disparaged Davies; it was on this basis that Hearst hired Parsons.

Beginning in 1928, she hosted a weekly radio program featuring movie star interviews that was sponsored by SunKist. A similar program in 1931 was sponsored by Charis Foundation Garment. In 1934, she signed a contract with the Campbell's Soup Company and began hosting a program titled Hollywood Hotel, which showcased stars in scenes from their upcoming movies.

She was associated with various Hearst enterprises for the rest of her career. Parsons saw herself as the social and moral arbiter of Hollywood. Her judgments were considered the final word in many cases, and her disfavor was feared by many more than that of movie critics. Eventually, Parson's daily gossip column appeared in more than 400 newspapers, and read by 20 million people around the world. Her unofficial title ‘Queen of Hollywood’ was challenged in 1938 by newcomer Hedda Hopper, to whom she was initially friendly and helpful. But they became fierce rivals, Hopper being classed as the more vicious and unforgiving of the two.

Parsons also appeared in numerous cameo spots in movies, including Hollywood Hotel (1937), Without Reservations (1946), and Starlift (1951).

In 1944, she wrote her memoirs, The Gay Illiterate, published by Doubleday, Doran and Company, which became a bestseller. That was followed by another volume in 1961, Tell It to Louella, published by G.P. Putnam's Sons.

After the 1950s, Parsons's influence diminished. She continued her column until December 1965 when it was taken over by her assistant, Dorothy Manners, who had already been writing the column for more than a year.

Louella was married three times. First, to real estate developer and broker John Dement Parsons, whom she married in 1905. From this union they had one daughter named Harriet who was born on August 23, 1906, in Burlington City, Des Moines County, Iowa. Harriet would later follow her mother's passion for writing, and would find employment as a writer for a popular California magazine. Parsons divorced John in 1914. A year later, she married second husband John McCaffrey, Jr. in 1915. The couple later divorced. Her third marriage was to Los Angeles surgeon Dr. Harry Martin (whom she called "Docky") in 1930; Martin served in the Army Medical Corps during World War I and World War II. They remained married until Martin's death on June 24, 1951.

After her retirement, Parsons lived in a nursing home where she died of arteriosclerosis on December 9, 1972, age 91. A convert to Roman Catholicism, her funeral Mass was attended by individuals from the movie industry with whom she had maintained genuine friendships. She was interred in Holy Cross Cemetery Culver City, California.