Ghent ( Dutch: , French: , ) is a city and a municipality located in the Flemish Region of Belgium. It is the capital and largest city of the East Flanders province. The city started as a settlement at the confluence of the Rivers Scheldt and Leie and in the Middle Ages became one of the largest and richest cities of northern Europe with some 60,000 people in 1300 AD, 70,000 in 1400, growing to 175,000 shortly after 1500 AD. Today it is a busy city with a port and a university.

The municipality comprises the city of Ghent proper and the surrounding towns of Afsnee, Desteldonk, Drongen, Gentbrugge, Ledeberg, Mariakerke, Mendonk, Oostakker, Sint-Amandsberg, Sint-Denijs-Westrem, Sint-Kruis-Winkel, Wondelgem and Zwijnaarde. With 240,191 inhabitants in the beginning of 2009, Ghent is Belgiums second largest municipality by number of inhabitants. The metropolitan area, including the outer commuter zone, covers an area of 1,205 km2 (465 sq mi) and has a total population of 594,582 as of 1 January 2008, which ranks it as the fourth most populous in Belgium. The current mayor of Ghent, Daniel Termont, leads a coalition of the Socialistische Partij Anders, Groen and Open VLD.

Visit ghent 5 things you will love & hate about gent, belgium

The ten-day-long "Ghent Festival" (Gentse Feesten in Dutch) is held every year and attended by about two million visitors. 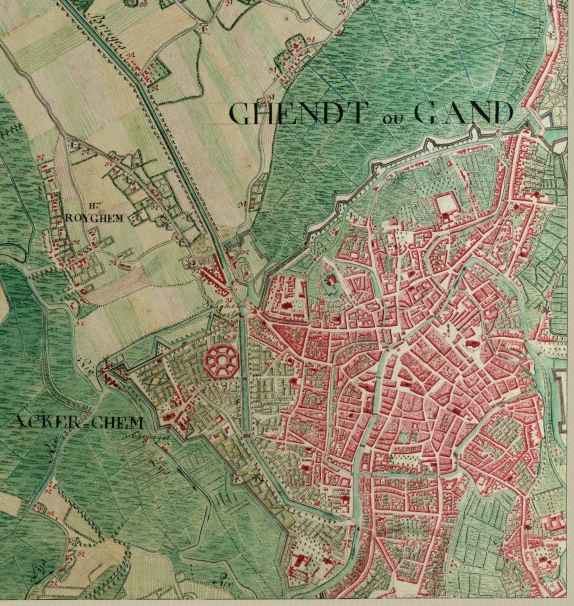 Archaeological evidence shows human presence in the region of the confluence of Scheldt and Leie going back as far as the Stone Age and the Iron Age.

Most historians believe that the older name for Ghent, Ganda, is derived from the Celtic word ganda which means confluence. Other sources connect its name with an obscure deity named Gontia.

There are no written records of the Roman period but archaeological research confirms that the region of Ghent was further inhabited.

When the Franks invaded the Roman territories (from the end of the 4th century and well into the 5th century) they brought their language with them and Celtic and Latin were replaced by Old Dutch. 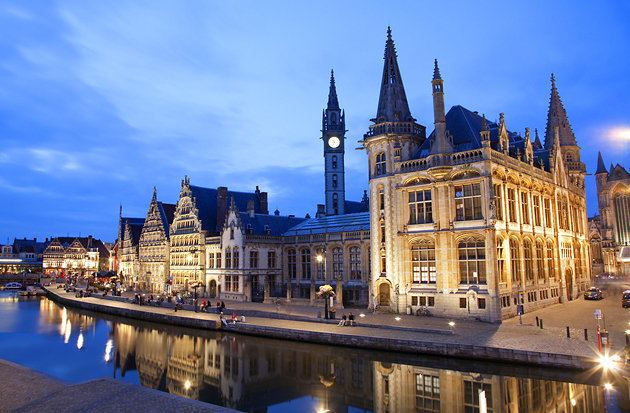 Much of the citys medieval architecture remains intact and is remarkably well preserved and restored. Its centre is the largest carfree area in Belgium. Interesting highlights are the Saint Bavo Cathedral with the Ghent Altarpiece, the belfry, the Gravensteen castle, and the splendid architecture along the old Graslei harbour. Ghent established a nice blend between comfort of living and history – it is not a city-museum. The city of Ghent also houses three beguinages and numerous churches including the Saint-Jacobs church, the Saint-Nicolas church and the Saint Michaels church. 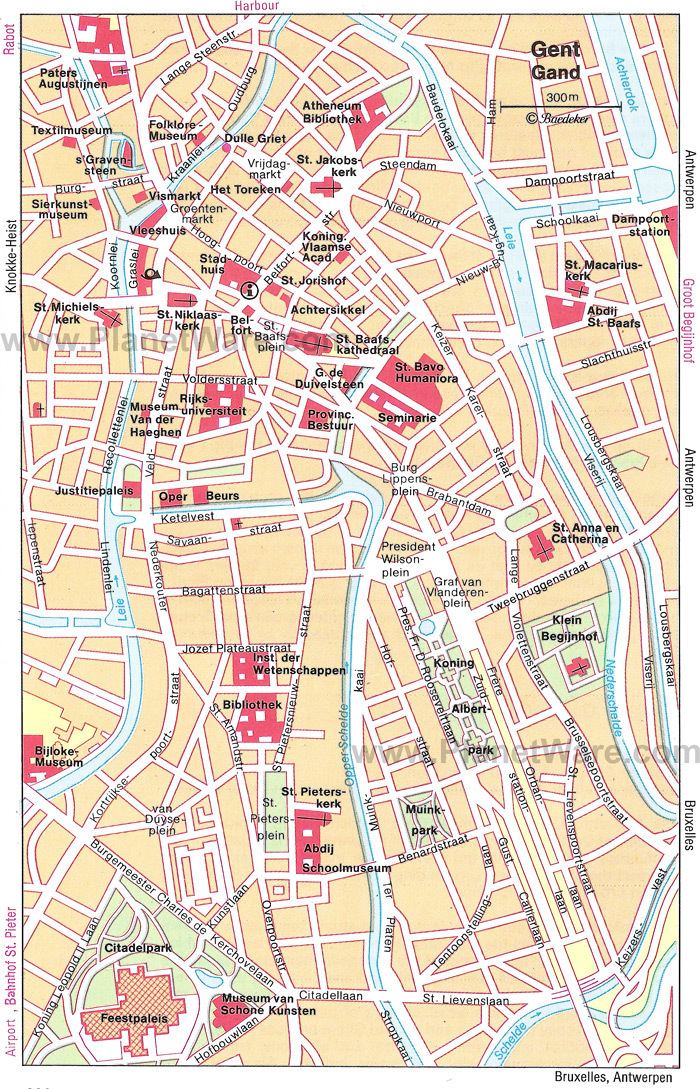 In the 19th century Ghents most famous architect, Louis Roelandt, built the university hall Aula, the opera house and the main courthouse. Highlights of modern architecture are the university buildings (the Boekentoren or Book Tower) by Henry Van de Velde. There are also a few theatres from diverse periods.

The beguinages, as well as the belfry and adjacent cloth hall, were recognized by UNESCO as World Heritage Sites in 1998 and 1999.

The Zebrastraat, a social experiment in which an entirely renovated site unites living, economy and culture, can also be found in Ghent.

The port of Ghent, in the north of the city, is the third largest port of Belgium. It is accessed by the Ghent-Terneuzen Canal, which ends near the Dutch port of Terneuzen on the Western Scheldt. The port houses, among others, big companies like ArcelorMittal, Volvo Cars, Volvo Trucks, Volvo Parts, Honda, and Stora Enso.

Important museums in Ghent are the Museum voor Schone Kunsten (Museum of Fine Arts), with paintings by Hieronymus Bosch, Peter Paul Rubens, and many Flemish masters; the SMAK or Stedelijk Museum voor Actuele Kunst (City Museum for Contemporary Art), with works of the 20th century, including Joseph Beuys and Andy Warhol; and the Design Museum Gent with masterpieces of Victor Horta and Le Corbusier. The Huis van Alijn (House of the Alijn family) was originally a beguinage and is now a museum for folk art where theatre and puppet shows for children are presented. The Museum voor Industriele Archeologie en Textiel or MIAT displays the industrial strength of Ghent with recreations of workshops and stores from the 1800s and original spinning and weaving machines that remain from the time when the building was a weaving mill. The Ghent City Museum (Stadsmuseum, abbreviated STAM), is committed to recording and explaining the citys past and its inhabitants, and to preserving the present for future generations.

In Ghent and other regions of East-Flanders, bakeries sell a donut-shaped bun called a "mastel" (plural "mastellen"), which is basically a bagel. "Mastellen" are also called "Saint Hubert bread", because on the Saints feast day, which is 3 November, the bakers bring their batches to the early Mass to be blessed. Traditionally, it was thought that blessed mastellen immunized against rabies.

Other local delicacies are the praline chocolates from local producers such as Leonidas, the cuberdons or neuzekes (noses), cone-shaped purple jelly-filled candies, babeluten (babblers), hard butterscotch-like candy, and of course, on the more fiery side, the famous Tierenteyn, a hot but refined mustard that has some affinity to French Dijon mustard.

Stoverij is a classic Flemish meat stew, preferably made with a generous addition of brown Trappist (strong abbey beer) and served with French fries. Waterzooi is a local stew originally made from freshwater fish caught in the rivers and creeks of Ghent, but nowadays often made with chicken instead of fish. It is usually served nouvelle-cuisine-style, and will be supplemented by a large pot on the side.

The city promotes a meat-free day on Thursdays called Donderdag Veggiedag with vegetarian food being promoted in public canteens for civil servants and elected councillors, in all city funded schools, and promotion of vegetarian eating options in town (through the distribution of "veggie street maps"). This campaign is linked to the recognition of the detrimental environmental effects of meat production, which the United Nations Food and Agriculture Organization has established to represent nearly one-fifth of global greenhouse gas emissions.

Ghent has the worlds largest number of vegetarian restaurants per capita.