Cornelius Gerhardus van Rooyen ('Gert' "Bokkie" van Rooyen) was a South African paedophile and serial killer (although never convicted) who, together with his female partner Joey Haarhoff, abducted and apparently murdered at least six young girls between 1988 and 1989. Their victims were never found as the pair committed suicide when faced with arrest after the escape of their last kidnap victim. 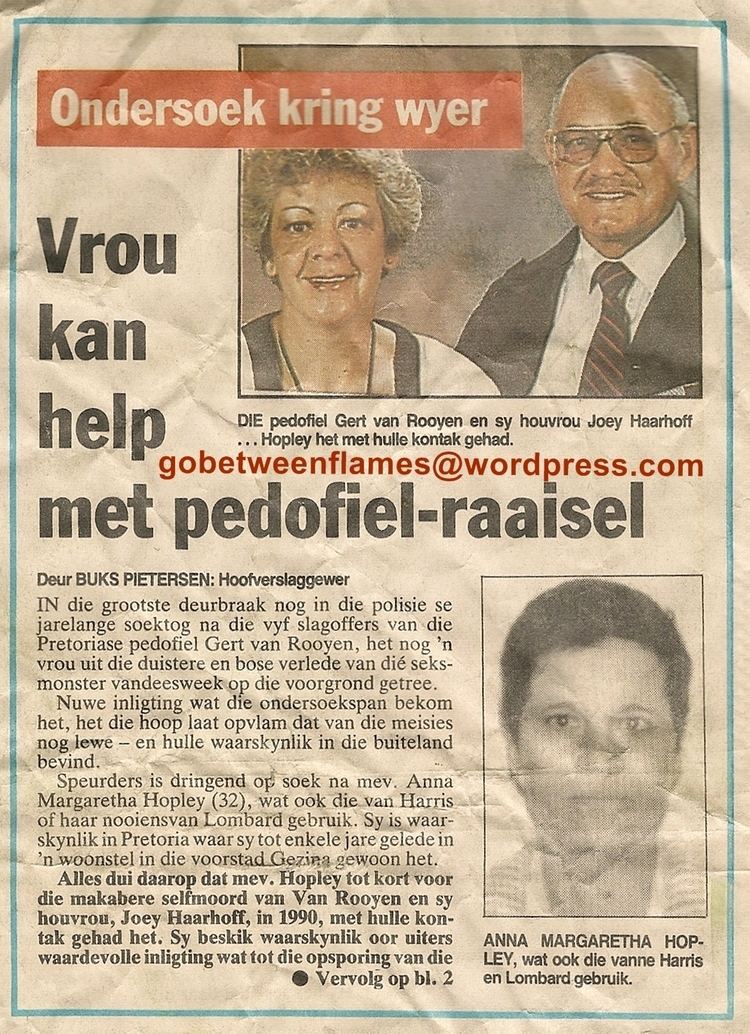 Van Rooyen's first crimes were theft, for which he was sent to a reform school in 1954 for stealing a car which was used as transport from Cape Town to Pretoria to visit his dying mother, followed by imprisonment in 1960 for stealing motor spares and clothing.

He married and subsequently fathered six children: Anne Marie, Judith, Hannes, Flippie, Gerhard and Adriaan. He ran a building construction business together with his brothers. 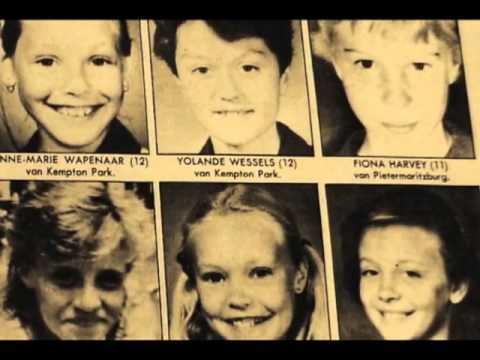 In 1979, Gert van Rooyen abducted two girls aged 10 and 13, taking them to the Hartbeespoort Dam near Pretoria, where he punched them in the face to force them to strip naked and perform sexual acts. Van Rooyen released the girls in Pretoria the following day. He was subsequently arrested and sentenced to four years imprisonment for abduction, sexual assault and common assault of the girls, serving three years before being released.

In August 1983, Van Rooyen and his wife Aletta divorced. In 1988, he started dating divorcee Francina Johanna ("Joey") Hermina Haarhoff. The couple holidayed together at Warmbaths and Umdloti, on the KwaZulu Natal coast.

Van Rooyen was thought to use Haarhoff to lure young girls for him. Children's homes reported that she telephoned requesting to bring girls home for the holidays and weekends. The couple applied to foster children, but the application was turned down. At the end of 1989, a 14-year-old girl from an orphanage in the Orange Free State spent the Christmas holidays with the couple.

All the above disappearances, with the exception of Rosa Piel, were linked by witness statements or forensic evidence to Van Rooyen and Haarhoff following their deaths. For example, Odette's Boucher's home address, phone number (that was written on a piece of paper and hidden under a carpet in the garage) and class captain's badge and yellow PT bag as well as Anne-Mari's address and home keys as well as the envelopes and paper that they wrote to their parents were found in his home. None of the Van Rooyen's victims were ever found, despite extensive police searches of his business premises and house (dubbed the "The House of Horrors" by the press).

In 1996, Absa Bank donated Van Rooyen's former house to the police to allow the girls' disappearance to be investigated further. On 13 May 1996, police systematically demolished the house in a search for new forensic evidence that might provide clues to the girls' fate. The roof was removed and vacuumed for traces of human hair and nails, then the walls demolished and the kitchen and main bedroom scanned with sonar equipment for cavities. The soil in the garden was sifted and some bones found, but forensic pathologists identified these as non-human.

In February 2001, Flippie van Rooyen, Gert van Rooyen's "son", was found guilty of perjury in the Pretoria Magistrate's Court. He was charged with three counts of perjury after giving police conflicting statements under oath relating to the six missing schoolgirls. Flippie was then already in jail (a death sentence which had been commuted to life imprisonment) for the murder of a 15-year-old Zimbabwean girl. He was paroled in 2008. Another son, Gerhard, was sentenced to 15 years in prison for theft and fraud.

On 12 March 2007, renewed interest in the case occurred after a set of adolescent bones was found on the beach near Umdloti, Kwazulu-Natal about 500m away from a holiday resort that Van Rooyen and Haarhoff are known to have visited. Subsequent DNA testing did not identify any of the Van Rooyen victims.

Significant public attention has been brought to bear on the case recently by the investigative television series, Carte Blanche which controversially dedicated a recent episode to the mystery.

In November 2007, bones were discovered in a property adjacent to Van Rooyen's house in Pretoria whilst ground was being dug up to install a swimming pool. Local authorities were alerted and police forensic experts were to determine if the bones were human.