George a romero talks night of the living dead and zombies

George Andrew Romero (/rəˈmeroʊ/; born February 4, 1940) is an American-Canadian filmmaker, and editor, best known for his series of gruesome and satirical horror films about a hypothetical zombie apocalypse, beginning with Night of the Living Dead (1968). 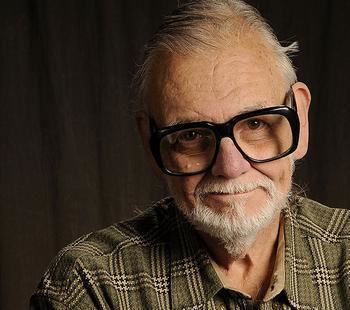 Romero was born in the New York City borough of The Bronx, to a Cuban-born father and a Lithuanian American mother. His father has been reported as born in A Coruna, with his family coming from the Galician town of Neda, although Romero once described his father as of Castilian descent. His father worked as a commercial artist. Romero was raised in the Bronx, and would frequently ride the subway into Manhattan to rent film reels to view at his house. 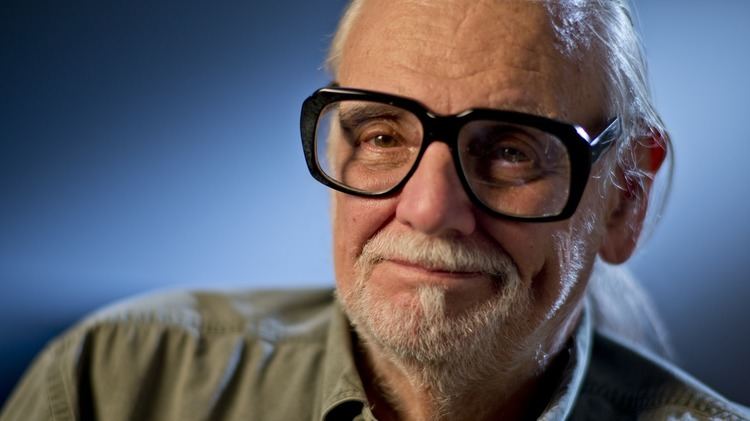 Romero attended Pittsburgh's Carnegie Mellon University. After graduating in 1960, he began his career shooting short films and commercials. One of his early commercial films was a segment for Mister Rogers' Neighborhood in which Mr. Rogers underwent a tonsillectomy. He, along with nine friends, formed Image Ten Productions in the late 1960s, and produced Night of the Living Dead (1968). The movie, directed by Romero and co-written with John A. Russo, became a cult classic and a defining moment for modern horror cinema. 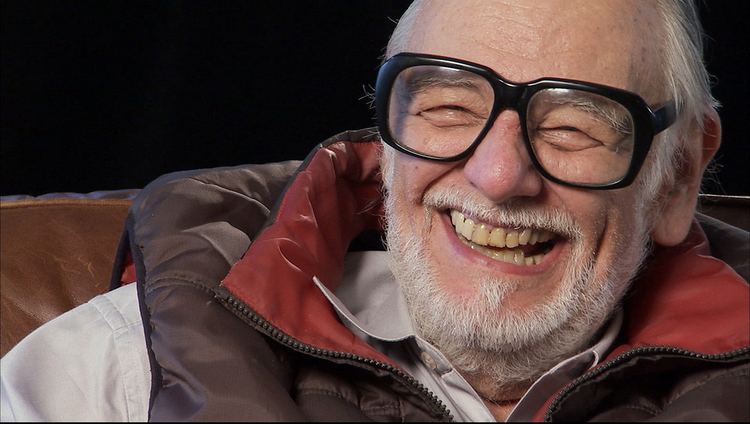 Other inspiration for Romero's filmmaking, as told to Robert K. Elder in an interview for The Film That Changed My Life, was the film The Tales of Hoffmann.

"It was the filmmaking, the fantasy, the fact that it was a fantasy and it had a few frightening, sort of bizarre things in it. It was everything. It was really a movie for me, and it gave me an early appreciation for the power of visual media—the fact that you could experiment with it. He was doing all his tricks in-camera, and they were sort of obvious. That made me feel that, gee, maybe I could figure this medium out. It was transparent, but it worked".

Three films that followed were less popular: There's Always Vanilla (1971), Jack's Wife / Season of the Witch (1972) and The Crazies (1973) were not as well received as Night of the Living Dead or some of his later work. The Crazies, dealing with a bio spill that induces an epidemic of homicidal madness, and the critically acclaimed arthouse success Martin (1977), a film that deals with the vampire myth, were the two well-known films from this period. Like many of his films, they were shot in or around Pittsburgh.

Between these two films, Romero shot Knightriders (1981), another festival favorite about a group of modern-day jousters who reenact tournaments on motorcycles, and the successful Creepshow (1982), written by Stephen King, an anthology of tongue-in-cheek tales modeled after 1950s horror comics.

From the latter half of the 1980s and into the 1990s came Monkey Shines (1988), about a killer helper monkey, Two Evil Eyes (1990) (aka, "Due occhi Diabolici"), an Edgar Allan Poe adaptation in collaboration with Dario Argento, The Dark Half (1993) written by Stephen King, and Bruiser (2000), about a man whose face becomes a blank mask.

Romero updated his original screenplay and executive produced the remake of Night of the Living Dead directed by Tom Savini for Columbia/TriStar in 1990. Tom Savini is also responsible for the makeup and special effects in many of Romero's films including Dawn of the Dead, Day of the Dead, Creepshow and Monkey Shines. Romero had a cameo appearance in Jonathan Demme's Academy Award-winning The Silence of the Lambs in 1991 as one of Hannibal Lecter's jailers.

In 1998, he directed the live-action commercial promoting the videogame Resident Evil 2 in Tokyo, Japan. The 30-second advertisement featured the game's two main characters, Leon S. Kennedy and Claire Redfield, fighting a horde of zombies while in Raccoon City's Police Station. The project was obvious territory for Romero; the Resident Evil series has been heavily influenced by Romero's "Dead" projects. The commercial was rather popular and was released in the weeks before the game's actual release, although a contract dispute prevented the commercial from being shown outside Japan. Capcom was so impressed with Romero's work, it was strongly indicated that Romero would direct the first Resident Evil film. He declined at first — "I don't wanna make another film with zombies in it, and I couldn't make a movie based on something that ain't mine" — although in later years, he reconsidered and wrote a script for the first movie. It was eventually rejected in favor of Paul W. S. Anderson's version.

Universal Studios produced and released a remake of Dawn of the Dead in 2004, with which Romero was not involved. Later that year, Romero kicked off the DC Comics title Toe Tags with a six-issue miniseries titled The Death of Death. Based on an unused script that Romero had previously written as a sequel to his "Dead Trilogy," the comic miniseries concerns Damien, an intelligent zombie who remembers his former life, struggling to find his identity as he battles armies of both the living and the dead. Typical of a Romero zombie tale, the miniseries includes ample supply of both gore and social commentary (dealing particularly here with corporate greed and terrorism — ideas he would also explore in his next film in the series, Land of the Dead). Romero has stated that the miniseries is set in the same kind of world as his Dead films, but featured other locales besides Pittsburgh, where the majority of his films take place.

Romero, who lives in Toronto, directed a fourth Dead movie in that city, Land of the Dead. The movie's working title was "Dead Reckoning". Its $16 million production budget was the highest of the four movies in the series. Actors Simon Baker, Dennis Hopper, Asia Argento, and John Leguizamo starred, and the film was released on June 24, 2005 by Universal Pictures (who released the Dawn of the Dead remake the year before). The film received generally positive reviews.

Some critics have seen social commentary in much of Romero's work. They view Night of the Living Dead as a film made in reaction to the turbulent 1960s, Dawn of the Dead as a satire on consumerism, Day of the Dead as a study of the conflict between science and the military, and Land of the Dead as an examination of class conflict.

Romero collaborated with the game company Hip Interactive in creating a game called City of the Dead, but the game was canceled midway due to the financial problems of the company.

In June 2006, Romero began his next project, called Zombisodes. Broadcast on the Web, they are a combination of a series of "Making of" shorts and story expansion detailing the work behind the film George A. Romero's Diary of the Dead. Shooting began in Toronto in July 2006.

In August 2006, The Hollywood Reporter made two announcements about Romero, the first being that he will write and direct a film based on a short story by Koji Suzuki, author of Ring and Dark Water, called Solitary Isle and the second announcement pertaining to his signing on to write and direct George A. Romero's Diary of the Dead, which follows a group of college students filming a horror movie who proceed to film the events that follow when the dead rise. The film was independently financed, making it the first indie zombie film Romero has made in years.

After a limited theatrical release, Diary of the Dead was released on DVD by Dimension Extreme on May 20, 2008, and later to Blu-ray Disc on October 21, 2008.

Shooting began in Toronto in September 2008 on Romero's Survival of the Dead. The film was initially reported to be a direct sequel to Diary of the Dead, but the film features only Alan Van Sprang, who appeared briefly as a rogue National Guard officer, reprising his role from the previous film, and did not retain the first-person camerawork of Diary of the Dead. The film centered on two feuding families taking very different approaches in dealing with the living dead on a small coastal island. The film premiered at the 2009 Toronto International Film Festival. Prior to the May 28, 2010 theatrical release in the United States, Survival of the Dead was made available to Video on Demand and was aired as a special one night showing on May 26, 2010 on HDNet.

Romero made an appearance in the second downloadable map pack called "Escalation" for the video game Call of Duty: Black Ops. He appears as himself in the zombies map "Call of the Dead" as a non-playable enemy character. Romero is featured alongside actors Sarah Michelle Gellar, Danny Trejo, Michael Rooker, and Robert Englund, all of the four being playable characters. He is portrayed as a powerful "boss" zombie armed with a movie studio light.

In 2010 Romero was contacted by Claudio Argento to direct a 3D remake of the Dario Argento film, Deep Red. Claudio was expected to write the screenplay and told Romero that his brother Dario would also be involved. Romero, who showed interest in the project, decided to contact his longtime friend Dario only to find out that Dario was unaware of a remake and Romero ended up declining Claudio's offer. Romero has stated that he has plans for two more Dead movies which will be connected to Diary of the Dead and they will be made depending on how successful Survival of the Dead was. Romero however said that his next project would not involve zombies and he is going for the scare factor, but offered no further details.

In 2012, Romero returned to video games recording his voice for "Zombie Squash" as the lead villain, Dr. B. E. Vil. "Zombie Squash HD Free" game was released by ACW Games for the iPad in November 2012.

In 2014, Marvel Comics began releasing Empire of the Dead, a 15-issue miniseries written by Romero. The series, which is broken up into three five-issues acts, features not only zombies but also vampires. In May 2015, it was announced at Cannes that the production company Demarest was developing the comic series in to a TV series. The series will be written and executive produced by Romero and Peter Grunwald.

Romero is divorced from Christine Forrest, whom he met on the set of Season of the Witch. They have two children together, Andrew and Tina Romero. Romero currently lives in Toronto with his wife, Suzanne Desrocher, whom he met while filming Land of the Dead. They married in September 2011 on Martha's Vineyard. His son Cameron, is a filmmaker, who filmed 2015 the film Origins, which is the sequel to his Night of the Living Dead.

He took up Canadian citizenship in 2009, becoming a dual Canada-U.S. citizen.

Romero ranked his top ten films of all time for the 2002 Sight & Sound Greatest Films Poll. They are The Brothers Karamazov, Casablanca, Dr. Strangelove, High Noon, King Solomon's Mines, North by Northwest (a film on which a teenaged Romero worked as a gofer), The Quiet Man, Repulsion, Touch of Evil and The Tales of Hoffmann. Romero listed the films in alphabetical order, with special placement given to The Tales of Hoffman, which he cites as "my favourite film of all time; the movie that made me want to make movies." Romero has also cited Carnival of Souls as an influence on his work.

On October 27, 2009, Romero was honored with the Mastermind Award at Spike TV's Scream 2009. The tribute was presented by longtime Romero fan Quentin Tarantino, who stated in his speech that the "A" in George A. Romero stood for "A fucking genius."

In 2010, writer and actor Mark Gatiss interviewed Romero for his BBC documentary series A History of Horror, in which he appears in the third episode.