Danny Trejo ([ˈtɾexo]; born May 16, 1944) is an American actor who has appeared in numerous Hollywood films, often as hypermasculine characters, villains and anti-heroes. His films include Heat (1995), Con Air (1997), and Desperado (1995), the latter with frequent collaborator Robert Rodriguez. Trejo is perhaps most recognized as the character Machete, originally developed by Rodriguez for the Spy Kids series of movies and later expanded into Trejo's own series of films aimed at a more adult audience. He also appeared in TV shows such as Breaking Bad and Sons of Anarchy. 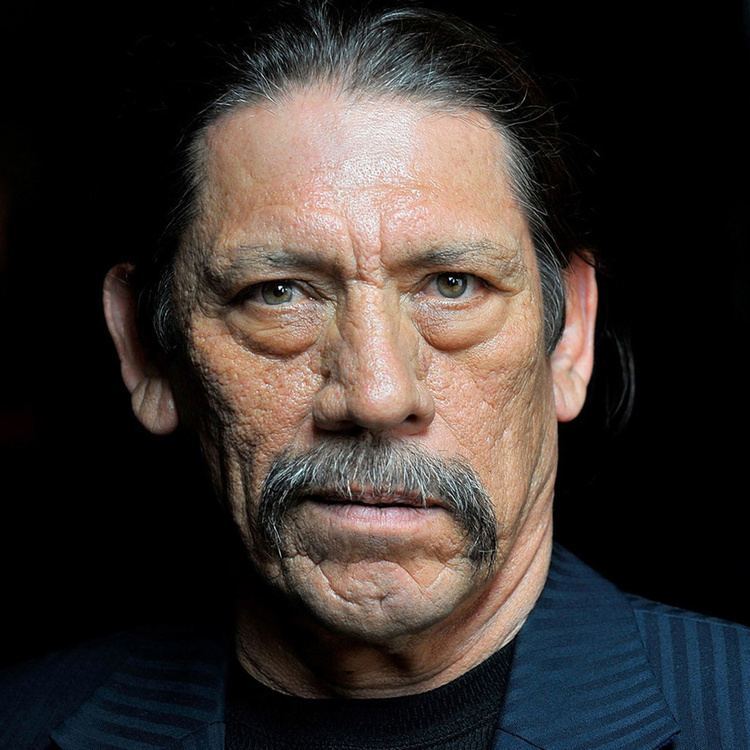 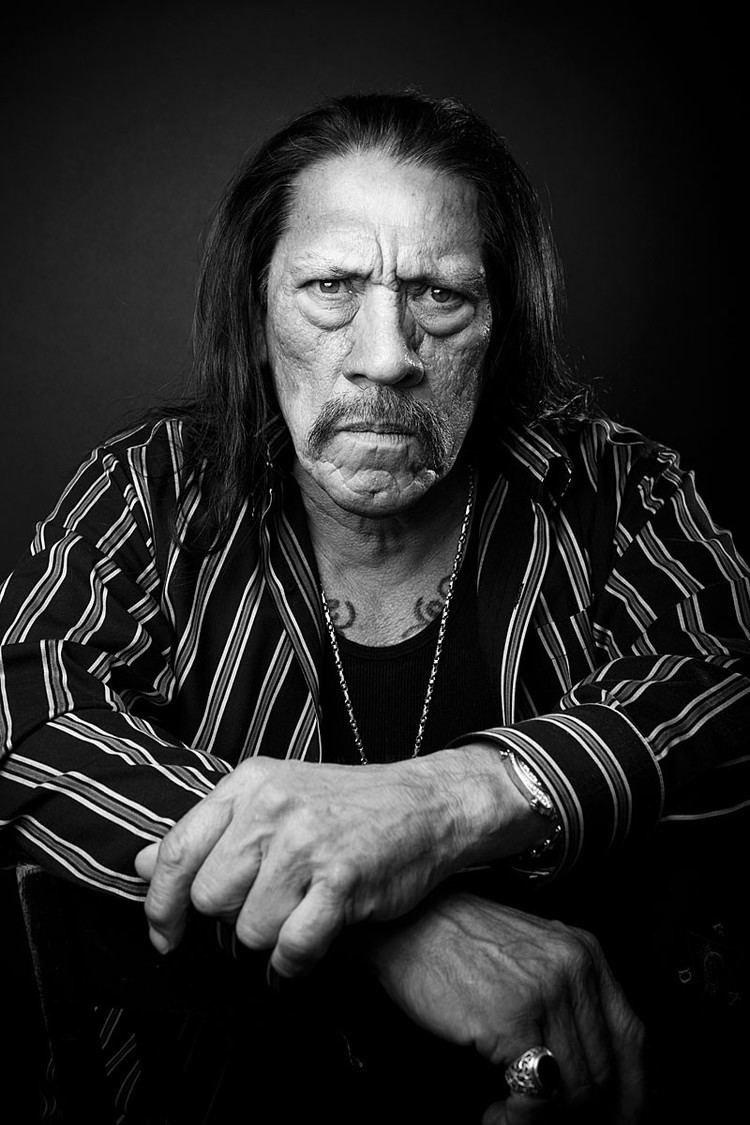 Trejo, a Mexican-American, was born in the Echo Park neighborhood of Los Angeles, California. He is the son of Alice Rivera and Dan Trejo, a construction worker, and a second cousin of filmmaker Robert Rodriguez, though the two were unaware that they were related until the filming of Desperado. 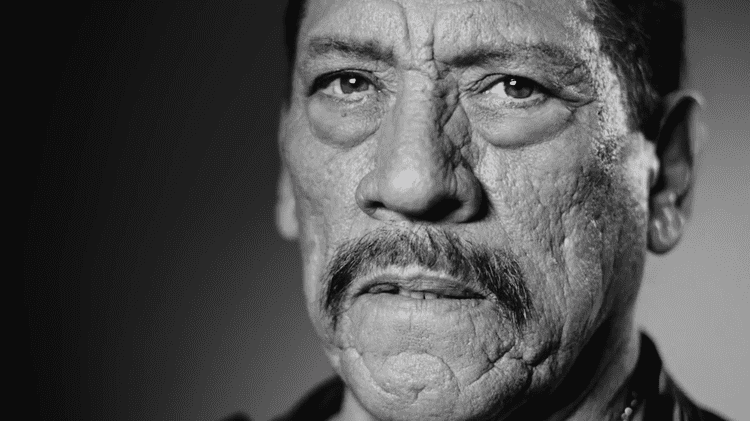 Throughout the 1960s, Trejo was in and out of jail and prison in California; Trejo credits his appearance as contributory to his constantly getting into trouble. There are conflicting accounts of his prison chronology. By one account, his final term in custody ended in 1972; by another account, he did time in a juvenile offenders' camp and six California prisons between 1959 and 1969. He recalled that his last prison term was five years. While serving in San Quentin Prison, he became a champion boxer in that prison's lightweight and welterweight divisions. During this time, Trejo became a member of a twelve-step program, which he credits with his success in overcoming drug addiction. In 2011, he recalled that he had been sober for 42 years.

While Trejo was working as a youth drug counselor, a teenage patient asked for his assistance dealing with cocaine problems on the set of Runaway Train (1985). While there, Trejo was offered a job as an extra in the film's prison scenes. Edward Bunker, himself a former convict and well-respected crime author who was writing the screenplay for the film, recognized Trejo, with whom he had done time at San Quentin. Bunker, remembering Trejo's boxing skills, offered him $320 per day to train Eric Roberts, one of the movie's stars, for a boxing scene. Director Andrei Konchalovsky liked Trejo's work and decided to offer him a small role in the film as a boxer. It has been widely misreported that Trejo was actually serving time in the prison during filming, when in fact he had been released over a decade earlier. 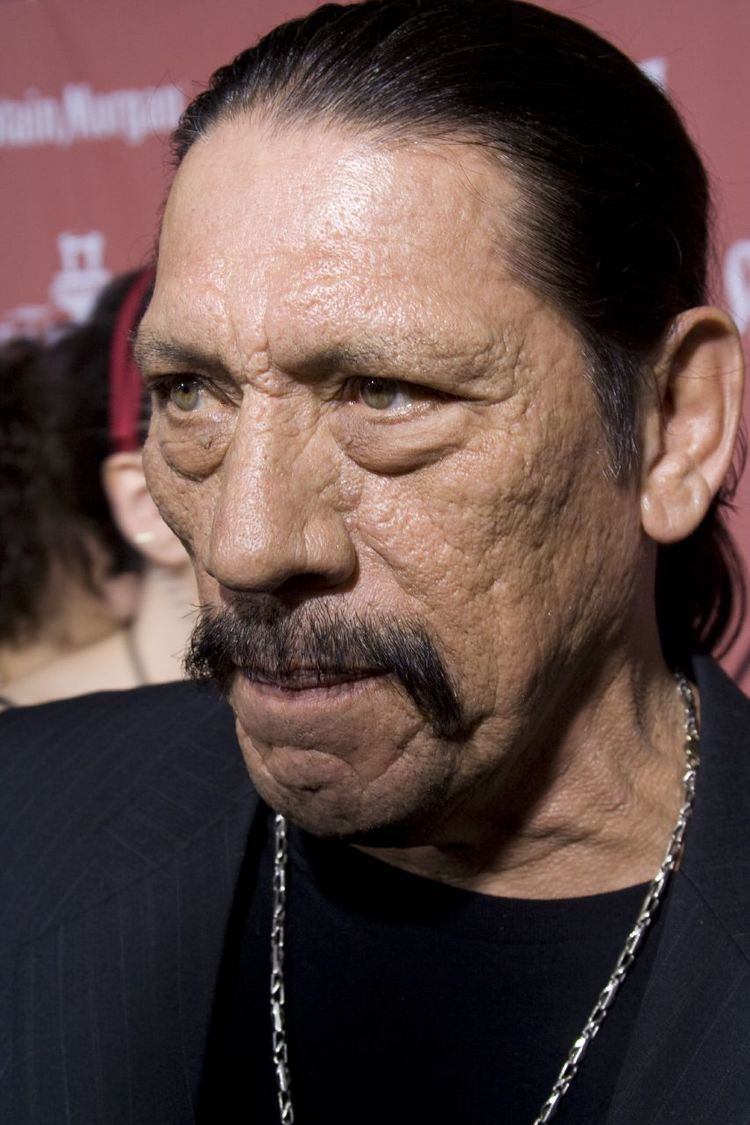 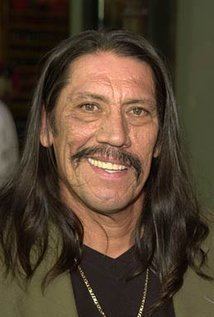 Trejo is known for his distinctive appearance. In addition to his heavily lined face, scarred from cystic acne and a brawl, and the long mustache he usually sports, he has displayed the large tattoo on his chest for many roles (the tattoo depicts a woman wearing a sombrero). He often plays thugs or lowlife characters, although he has also played sympathetic characters in films such as Robert Rodriguez's Spy Kids trilogy, Bubble Boy, and the USA Network series Monk, where art imitated life in his portrayal of a convict roommate to Tony Shalhoub's undercover detective. He also appeared in a Season 2 episode of Desperate Housewives, where, as another good-guy character, he was sent by Carlos to help Gabrielle deal with her grief of losing her unborn baby. He voiced the character Enrique on King of the Hill, and Octavio's character on that show is based on his appearance. His role on King of the Hill was referred to in the HBO series Unscripted, where he had a cameo appearance. He also is featured in an episode of Tim and Eric Awesome Show, Great Job! and an episode of Do IT LIVE with actors Anna Bennett and Claudia Pickering, shot in Downtown Los Angeles, titled "Sebring feat. Danny Trejo". He also made guest appearances, as "Tortuga" [The Tortoise], in the award-winning series Breaking Bad in 2009 and 2010, most notably in the episode "Negro y Azul" (19 April 2009).

In 2008 Trejo portrayed the Mexican bartender in the daytime soap opera The Young and the Restless.

Regarding his continued growth as a professional actor, Trejo has stated that he still cannot believe how fortunate he has been: "I'm so blessed. I'm still scared that somebody's going to wake me up and say, 'Hey, we're still in prison. Let's go to chow". Many of Trejo's characters in Robert Rodriguez movies have been named after knives or sharp instruments: Machete in Spy Kids, Razor Charlie in the From Dusk till Dawn series, Navajas (Spanish for blades) in Desperado, and Cuchillo (Spanish for knife) in Predators. He also played Machete in a trailer made for Rodriguez's film collaboration with Quentin Tarantino, Grindhouse. In 2010, he starred in a full theatrical version of Machete, based on the character, and later in a sequel, Machete Kills, in 2013. 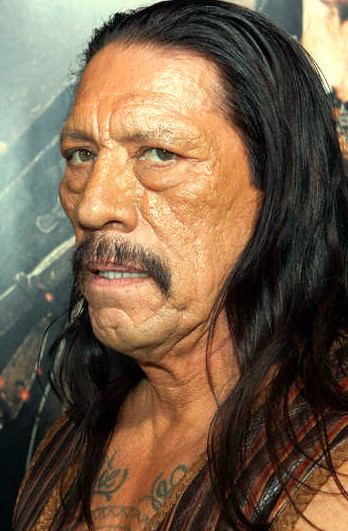 Danny Trejo produced his first film, Ambition, in 2014, it was a family film. He will produce an action film Bad Ass in 2015. In 2015, Trejo appeared in a television commercial for Snickers that aired during Super Bowl XLIX, in which he portrayed Marcia Brady prior to eating the candy bar.

The award-winning independent film Champion (2005), which documents Trejo's life, features Dennis Hopper, Val Kilmer, Steve Buscemi, and Robert Rodriguez. In 2013, Trejo shared his tumultuous journey from convict to movie star with KTTV in Los Angeles in a segment filmed in his own home.

Trejo appears as a playable character in Def Jam: Fight for NY (2004), a fighting game to which the actor lent his voice and likeness. He also lent his voice to Grand Theft Auto: Vice City (2002) and Grand Theft Auto: Vice City Stories (2006) for the character Umberto Robina, who also resembles Trejo. Additionally, he voiced Raul Tejada, a Ghoul, in Fallout: New Vegas (2010). Trejo appeared in the PlayStation Move game The Fight: Lights Out (2010) as an instructor for the player's character, and as himself in the second map pack for Call of Duty: Black Ops (2010); Escalation map pack, on the zombie map Call of the Dead.

Trejo has made cameo appearances in music videos, such as "Got It Twisted" by Mobb Deep (2004); Sepultura's video "Attitude" (1996); Jay Chou's short movie-music video Double Blade from his 2003 album Ye Hui Mei (2003); Rehab's song "Bartender" (2007); the Jonas Brothers' song "Burnin' Up" from their album A Little Bit Longer (2008); rapper Tech N9ne's video for the single "Like Yeah" from his release Killer (2008); southern metalcore band Maylene and the Sons of Disaster's video for the single "Open Your Eyes" from their release IV (2011); and Yelawolf's video "Whistle Dixie" (2012). He also appeared in famous adult entertainer Lupe Fuentes' music video "We Are the Party" (2012) with her band The Ex-Girlfriends. In 2013, he appeared in the music video for the Enrique Iglesias song Loco. On July 15, 2014, Trejo featured as his Robert Rodriguez character Machete in the music video of "Angel In Blue Jeans", which additionally featured Canadian television hostess and actor Hannah Simone. On September 11, 2015, Trejo appears in the music video "Repentless", from Slayer's "Repentless" album released on the same day.

Trejo owns a home in the San Fernando Valley. He has two children with his wife Debbie; he filed for divorce in 2009.

In the comic series DMZ a character named Danny with the same appearance as Danny Trejo appears; the character indicates that he was formerly a convicted felon as well.

Trejo is featured in the hip-hop fighting game Def Jam: Fight for NY (2004) as a soldier on Crow's side. He can be seen in the intro of Greg Hastings' Tournament Paintball Max'd ("Play for Real", B-Real & DJ Lethal),. He is featured in the downloadable content pack called Escalation Map Pack in the video game Call of Duty: Black Ops (2010), on the map "Call of the Dead" as himself. He provided the voice of Non-player character Raul Alfonso Tejada in Fallout: New Vegas.

In Charlie Higson's third The Enemy series novel, The Fear (2011), Orlando Epstein, nicknamed Einstein, makes fun of DogNut's ignorance by introducing himself as Isaac Newton. In retaliation, DogNut says, "my real name's Danny Trejo, but you may call me DogNut. Everyone else does." When Einstein responds, "Okay, Danny", DogNut reflects: "He may not know much about scientists, but Einstein clearly didn't know much about hard-faced, ex-con Mexican action-movie stars."

Plastilina Mosh, a Mexican alternative rock band, paid tribute to Trejo with their song "Danny Trejo", featured in their album All U Need Is Mosh (2008).