Fontana is a city of 203,003 residents in San Bernardino County, California. Founded by Azariel Blanchard Miller in 1913, it remained essentially rural until World War II, when entrepreneur Henry J. Kaiser built a large steel mill in the area. It is now a regional hub of the trucking industry, with Interstate 10 and State Route 210 transecting the city from east to west, and Interstate 15 passing diagonally through its northwestern quadrant.

It is home to the largest of the San Bernardino County system libraries, a renovated historic theater, a municipal park, and the Auto Club Speedway on the site of the Kaiser Steel Mill. Fontana also hosts the Fontana Days Half Marathon and 5K run. This race is the fastest half-marathon course in the world.

The United States Census Bureau estimated Fontanas 2013 population at 203,003, making it the second most populous city in San Bernardino county and the 20th largest in the state. 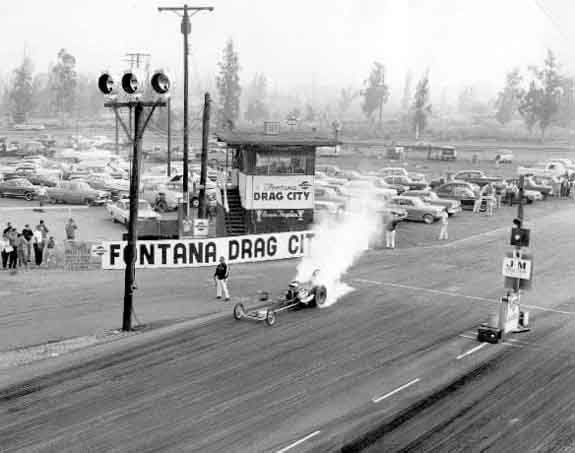 Fontana was founded in 1913 by Azariel Blanchard Miller. Within a few years it became an agricultural town of citrus orchards, vineyards and chicken ranches astride U.S. Route 66 (now known as Foothill Boulevard). The Fontana area was radically transformed during World War II when Henry J. Kaiser built one of only two steel mills west of the Mississippi River outside the city limits. 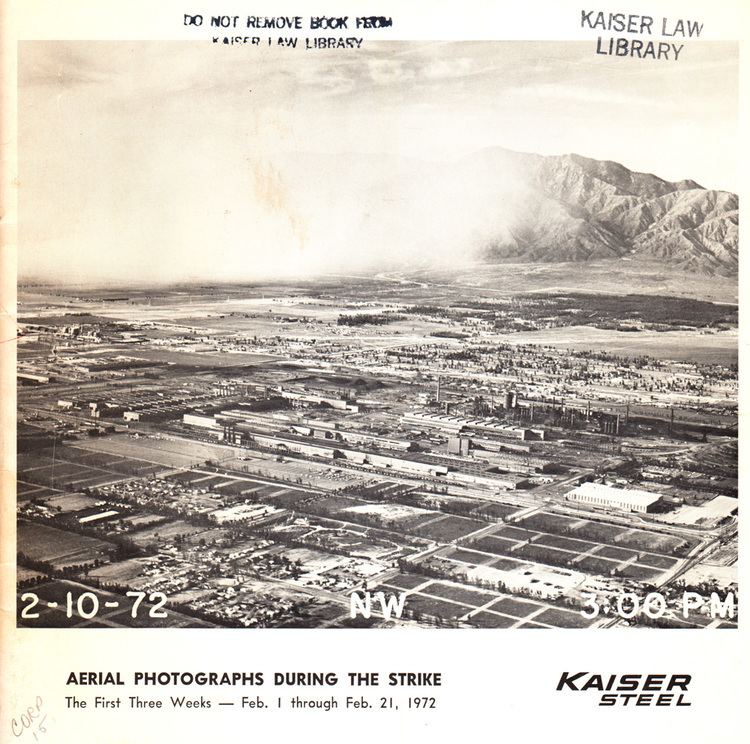 In the 1950s and 60s Fontana was home to a drag racing strip that was a venue in the NHRA circuit. Mickey Thompson’s Fontana International Dragway was also referred to as Fontana Drag City or Fontana Drag Strip. The original Fontana strip is long since defunct, but the owners of NASCAR’s new Auto Club Speedway opened a new NHRA-sanctioned drag strip in Fontana in mid-2006 to resurrect Fontana’s drag-racing heritage.

Ro-Vals automobile museum, located on Foothill Blvd on the western outskirts between Fontana and Cucamonga, was for a while the home for many classic automobiles of the 1920s and 30s, including a huge vehicle once owned by screen actor Fatty Arbuckle. When the Ro-Val museum closed, the vehicles were sold to Bill Harrah, a Nevada casino owner and automobile collector, who placed them on display in the museum located at his casino.

As of the 2000 census, the city had a total population of 128,929, but the present population is now estimated to have reached over 200,000 (2013). This rapid expansion had much to do with the numerous large, new residential developments in the almost totally undeveloped northern part of the city, as well as with the citys aggressive (and highly successful) campaign to annex several unincorporated, but developed, San Bernardino county island areas in 2006–2007.

Most of the city of Fontana, like its eastern neighbors Rialto and San Bernardino, is built atop a geologically young, gently southward-sloping alluvial fan from nearby Lytle Creek, deposited mainly during the Holocene and late-Pleistocene epochs. There are also sedimentary deposits of similar age from Etiwanda Creek on the western edge of the city. However, the northern and southern edges of the city are formed by the much older San Gabriel and Jurupa mountain ranges, respectively. The Jurupa Mountains are composed primarily of Cretaceous and Paleozoic-era rocks, as are the San Gabriels, which also include even older, Proterozoic formations. The most prominent of the San Gabriel Mountains visible from Fontana is Cucamonga Peak, elevation 8,859 feet (2,700m). Additionally, the Cucamonga Fault Zone, contiguous with the Sierra Madre Fault Zone, runs through the northern part of the city, along the base of the San Gabriels, notably through the Hunters Ridge and Coyote Canyon planned communities. It is estimated to be capable of producing earthquakes approximately of magnitude 6.0-7.0.

The citys listed elevation, measured from the northeast corner of the intersection of Upland Avenue and Sierra Avenue, downtown by City Hall, is 1,237 feet (377 m). However, the highest elevation within the city limits is approximately 2,600 feet (792.48m), in the northernmost part of the Panorama neighborhood of Hunters Ridge. The lowest point within the city limits is approximately 840 feet (256.03m), at the intersection of Etiwanda and Philadelphia avenues, the extreme southwestern corner of the city. This difference in elevation is due to the southward slope of the Lytle Creek alluvial fan.

Fontanas current economy is driven largely by industrial uses, particularly trucking-based industries. The city is home to several truck dealerships, and other industrial equipment sales centers, and, like its neighbors Ontario and Rancho Cucamonga, many product distribution centers for such companies as Toyota, Target, Sears, Mercedes-Benz, Southern California Edison, Home Shopping Network, and Avery Dennison. The city is also home to numerous small manufacturers of building materials and other locally used products, and many small auto dealerships and salvage yards. Fontanas economy has also heavily encouraged, at least until such activities had been somewhat hampered by the Subprime mortgage crisis, the planning, developing and construction of new housing tracts. The city also has numerous local shopping centers, such as the Summit Heights Gateway/Falcon Ridge Town Center at the north end of the city, and Palm Court in the southern section. The city also features commercial strip zoning along several of its major avenues and boulevards, such as the "Miracle Mile" Straddling the 210 Freeway between Citrus and Sierra Avenues. The official Fontana Auto Center is part of that zone, with two major dealerships already in place. 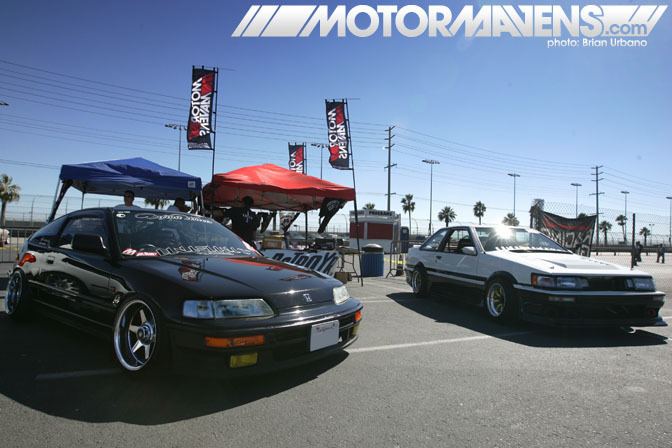 Located next door to the Lewis Library on Sierra stands the Center Stage Theater. Built in the Art Deco style in 1937, and designed by architect C.H. Boller, the former Fontana (movie) Theater was recently renovated during 2004–2008 after several decades of various other uses, into a live dinner theater, with $6,000,000 in funds earmarked by the Fontana City Council. It reopened to the public on July 25, 2008.