Opera-loving European Brian Fitzgerald (Klaus Kinski) lives in a small Peruvian city. Better known as Fitzcarraldo, this foreigner is obsessed with building an opera house in his town and decides that to make his dream a reality he needs to make a killing in the rubber business. In order to become a successful rubber baron, Fitzcarraldo hatches an elaborate plan that calls for a particularly impressive feat bringing a massive boat over a mountain with the help of a band of natives. 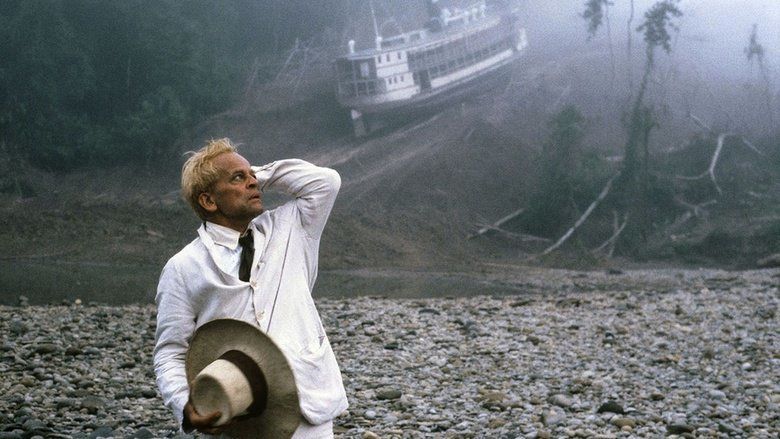 Fitzcarraldo is a 1982 West German adventure-drama film written and directed by Werner Herzog and starring Klaus Kinski as the title character. It portrays would-be rubber baron Brian Sweeney Fitzgerald, an Irishman known as Fitzcarraldo in Peru, who is determined to transport a steamship over a steep hill in order to access a rich rubber territory. The film is derived from the historic events of Peruvian rubber baron Carlos Fitzcarrald. 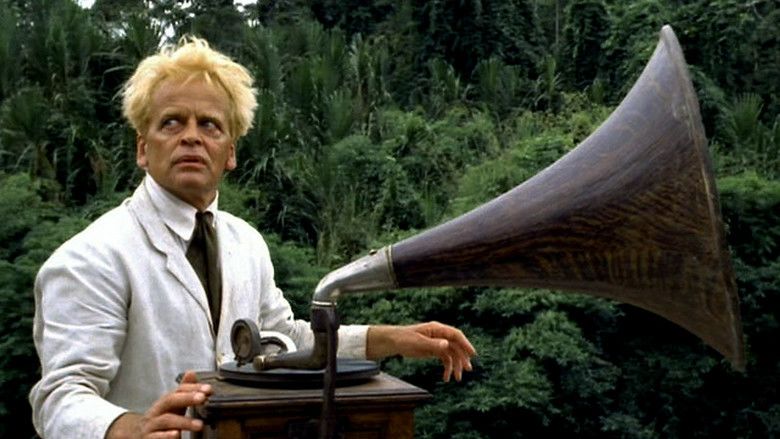 The story of Brian Sweeney Fitzgerald, an extremely determined man who intends to build an opera house in the middle of a jungle. 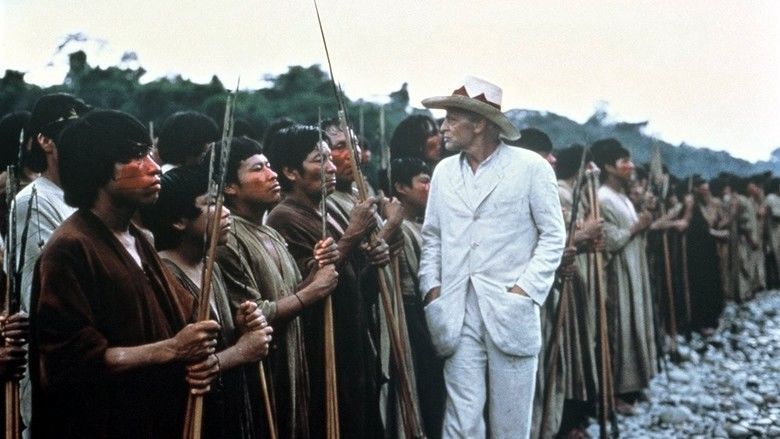 Brian Sweeney "Fitzcarraldo" Fitzgerald (Klaus Kinski) is an Irishman living in Iquitos, a small city in Peru in the early part of the 20th century, when the city expanded during the rubber boom. He has an indomitable spirit, but in essence is little more than a dreamer with one major failure already behind him — the bankrupted and incomplete Trans-Andean railways. A lover of opera and a great fan of the internationally known Italian tenor Enrico Caruso, he dreams of building an opera house in Iquitos. Numerous European immigrants have settled in the city at this time, bringing their culture with them. The opera house will require considerable amounts of money, and the most profitable industry in Peru at the time is rubber. The areas in the Amazon Basin known to contain rubber trees have been parceled up by the Peruvian government and are leased for exploitation.

Fitzcarraldo investigates entering the rubber business. A helpful rubber baron points out on a map the only remaining unclaimed parcel in the area. He explains why no one has yet claimed the parcel: while it is located on the Ucayali River, a major tributary of the Amazon River, it is cut off from the Amazon (and access to Atlantic ports) by a lengthy section of rapids. Fitzcarraldo notices that the Pachitea River, another Amazon tributary, comes within several hundred meters of the Ucayali upstream of the parcel. He plans to investigate that. 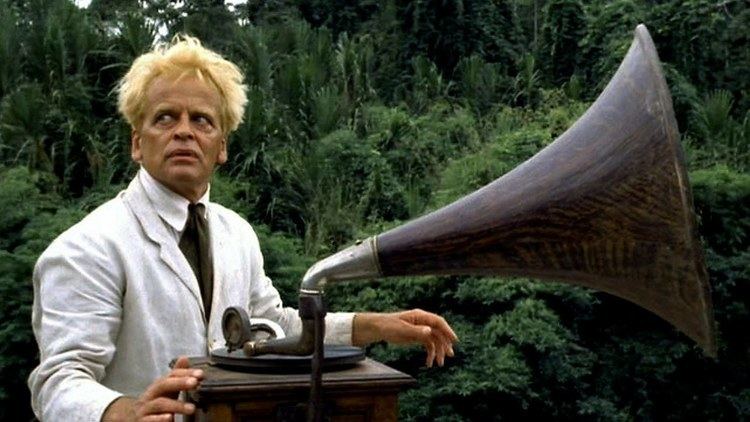 He leases the inaccessible parcel from the government. His paramour, Molly (Claudia Cardinale), a successful brothel owner, funds his purchase of an old steamship (which he christens the SS Molly Aida). After recruiting a crew, he takes off up the Pachitea, the parallel river. This river is known to be dangerous in the interior areas because of indigenous people hostile to outsiders. Fitzcarraldos plan is to reach the point where the two rivers nearly meet and then, with the manpower of enlisted natives, physically pull his three-story, 320-ton steamer over the muddy 40° hillside across a portage, from one river to the next. Using the steamer, he will collect rubber produced on the upper Ucayali and bring it down the Pachitea and the Amazon to market. 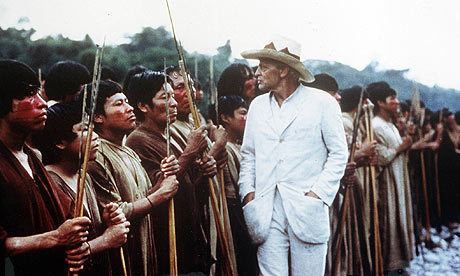 The majority of the ships crew, at first unaware of Fitzcarraldos plan, abandon the expedition soon after entering indigenous territory, leaving only the captain, engineer, and cook. Impressed by Fitzcarraldo and his ship, the natives start working for him without fully understanding his goals. After great struggles, they successfully pull the ship over the mountain with a complex system of pulleys, worked by the natives and aided by the ships engine. When the crew falls asleep after a drunken celebration, the chief of the natives severs the rope securing the ship to the shore. It floats down the river. The chief wanted to appease the river gods, who would otherwise be angered that Fitzcarraldo defied nature by circumventing them.

Though the ship manages to traverse the Ucayali rapids without major damage, Fitzcarraldo and his crew return to Iquitos without any rubber. Despondent Fitzcarraldo sells the ship back to the rubber baron, but first sends the captain on one last voyage. He returns with the entire cast of the opera house, including Caruso. The entire city of Iquitos comes to the shore as Fitzcarraldo, standing atop the ship, proudly displays the cast. 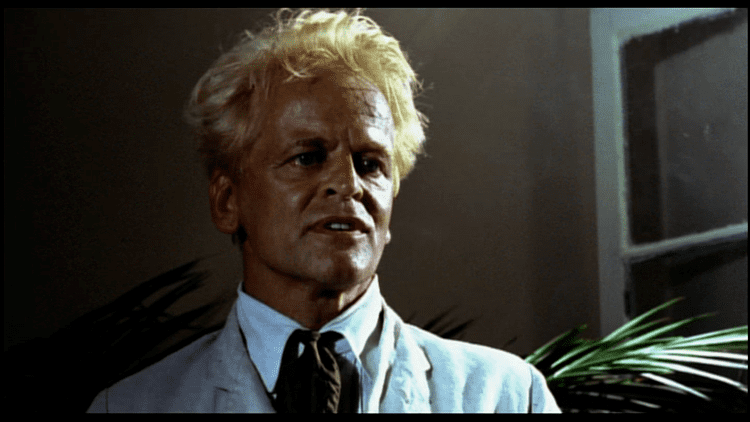 Herzogs first version of the story was published as Fitzcarraldo: The Original Story (1982) from Fjord Press (ISBN 0-940242-04-4). He made alterations while writing the screenplay. 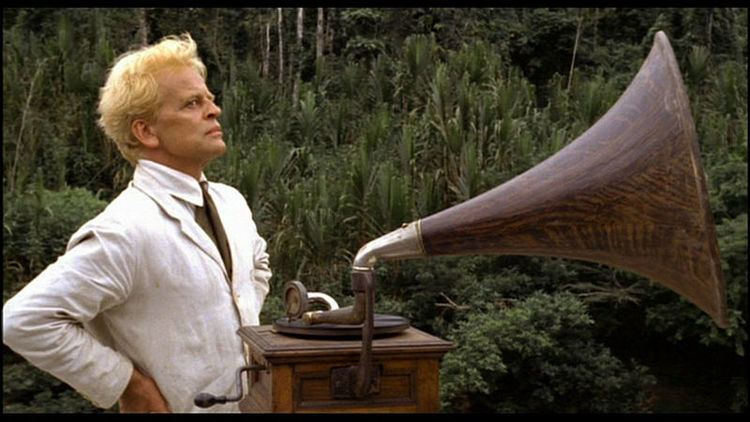 The story was inspired by the historical figure of Peruvian rubber baron Carlos Fermin Fitzcarrald. In the 1890s, Fitzcarrald arranged for the transport of a steamship across an isthmus from one river into another, but it weighed only 30 tons (rather than over 300), and was carried over in pieces to be reassembled at its destination.

In his autobiographical film Portrait Werner Herzog, Herzog said that he concentrated in Fitzcarraldo on the physical effort of transporting the ship, partly inspired by the engineering feats of ancient standing stones. The film production was an incredible ordeal, and famously involved moving a 320-ton steamship over a hill. This was filmed without the use of special effects. Herzog believed that no one had ever performed a similar feat in history, and likely never will again, calling himself "Conquistador of the Useless". Three similar-looking ships were bought for the production and used in different scenes and locations, including scenes that were shot aboard the ship while it crashed through rapids. Three of the six people involved in the filming were injured during this passage.

Casting of the film was difficult. Jason Robards was originally cast in the title role, but he became ill with dysentery during early filming. After leaving for treatment, he was forbidden by his doctors to return. Herzog considered casting Jack Nicholson, or playing the role of Fitzcarraldo himself, before Klaus Kinski accepted the role. Herzog had done considerable film work with Kinski. By that point, forty percent of shooting with Robards was complete. For continuity, Herzog had to begin a total reshoot with Kinski. Mick Jagger was originally cast as Fitzcarraldos assistant Wilbur, but due to the delays, his shooting schedule expired. He departed to tour with the Rolling Stones. Herzog dropped Jaggers character from the script altogether as he reshot the film from the beginning. Brazilian actor Grande Otelo and singer Milton Nascimento play minor parts.

Kinski provoked crises in the production, as he fought virulently with Herzog and other members of the crew. A scene from Herzogs documentary of the actor, My Best Fiend, shows Kinski raging at production manager Walter Saxer over trivial matters, such as the quality of the food. Herzog notes that the native extras were greatly upset by the actors behavior. Kinski claimed to feel close to them. In My Best Fiend, Herzog says that one of the native chiefs offered in all seriousness to kill Kinski for him, but that he declined because he needed the actor to complete filming. According to Herzog, he exploited these tensions: in a scene in which the ships crew is eating dinner while surrounded by the natives, the clamor the chief incites over Fitzcarraldo was inspired by their hatred of Kinski.

Herzog has been accused of exploiting indigenous people in the making of the film, with some drawing similarities between Herzog and Fitzcarraldo. Michael F. Brown, a professor of anthropology at Williams College, notes that initially Herzog was on good terms with the Aguaruna people, some of whom were hired as extras for the film and for construction. Relations deteriorated, however, when Herzog began to build a village on Aguaruna land, failed to consult the tribal council, and tried to obtain protection from a local militia. In December 1979, Aguaruna men burned down the film set.

The film holds an 83% Fresh rating on the movie aggregate Rotten Tomatoes. The movie critic Roger Ebert gave the movie four stars in his original 1982 review; he added it to his "Great Movie" collection in 2005.

Les Blanks documentary Burden of Dreams (1982), filmed during the production of this work, documents its many hardships of the production. Blanks work contains some of the only surviving footage of Robards and Jagger performances in the early filming of Fitzcarraldo. Portions of this were later used by Herzog in his documentaries: Portrait Werner Herzog (1986) and My Best Fiend (1999). Burden of Dreams has many scenes documenting the transport of the ship over the mountain.

Herzogs personal diaries from the production were published in 2009 as the book Conquest of the Useless by Ecco Press. The book includes an epilogue with Herzogs views on the Peruvian jungle 20 years later.

Representation in other media

The Metalocalypse episode "Dethcarraldo" parodies elements of the film, including a scene where a massive ship is pulled over a mountain.

In her 1983 parody "From the diary of Werner Herzog" in the The Boston Phoenix, Cathleen Schine describes the history of a fictitious film Fritz: Commuter as "a nightmarish tale of a German businessman obsessed with bringing professional hockey to Westport, Connecticut".

Glen Hansard wrote a song entitled "Fitzcarraldo", which appears on The Frames 1995 album of the same name. On their live album Set List, Hansard says that Herzogs film was the inspiration for this song.

Destroyers song "Virgin with a Memory" from the 2001 album Streethawk: A Seduction begins with the lyric "Was it the movie or the making of Fitzcarraldo where someone learned to love again?", and contains several other mentions of the film.

The movie was referenced to in the Simpsons episode "Das Bus" in which Uter complains, "I feel like Im Fitzcarraldo!" and Nelson replies, "That movie was flawed!", punching Uter in the stomach. The students also, who Principal Skinner loses the indemnity waivers over, are forced to pull the bus up a mountain.