The accident was investigated by the National Transportation Safety Board (NTSB), which released its final report on May 23, 1975. The NTSB concluded that the accident was caused by the flight crew's lack of altitude awareness and poor cockpit discipline. 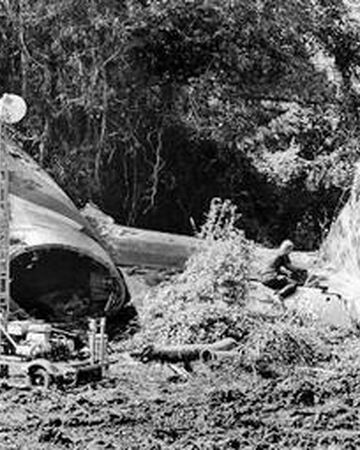 While investigating this accident, and reviewing the cockpit voice recorder (CVR), the NTSB found that the flight crew engaged in unnecessary and "impertinent" conversation during the approach phase of the flight, discussing subjects "ranging from politics to used cars". The NTSB concluded that conducting such non-essential chatter can distract pilots from their flying duties during the critical phases of flight, such as instrument approach to landing, and recommended that the FAA establish rules and educate pilots to focus exclusively on flying tasks while operating at low altitudes. The FAA, after more than six years of consideration, finally published the Sterile Cockpit Rule in 1981.

Another possible cause of the crash discussed by the NTSB in its review of the CVR was that the crew was apparently trying to visually locate the Charlotte airport, while executing an instrument approach in the presence of low-lying fog. In addition, a persistent attempt to visually identify the nearby Carowinds amusement park tower, known as "Carowinds Tower" to pilots, rising to 1,314 feet (401 m) MSL (340 feet (100 m) AGL), may have further distracted and confused the flight crew. None of the required altitude callouts were made by the captain, which compounded the flight crew's near total lack of altitude awareness.

The NTSB issued the following official Probable Cause statement for the accident:

The flight crew's lack of altitude awareness at critical points during the approach due to poor cockpit discipline in that the crew did not follow prescribed procedure.