Charleston is the oldest and second-largest city in the U.S. state of South Carolina, the county seat of Charleston County, and the principal city in the Charleston–North Charleston–Summerville Metropolitan Statistical Area. The city lies just south of the geographical midpoint of South Carolinas coastline and is located on Charleston Harbor, an inlet of the Atlantic Ocean formed by the confluence of the Ashley and Cooper rivers, or, as is locally expressed, "where the Cooper and Ashley Rivers come together to form the Atlantic Ocean".

Founded in 1670 as Charles Town in honor of King Charles II of England, Charleston adopted its present name in 1783. It moved to its present location on Oyster Point in 1680 from a location on the west bank of the Ashley River known as Albemarle Point. By 1690, Charles Town was the fifth-largest city in North America, and it remained among the ten largest cities in the United States through the 1840 census. With a 2010 census population of 120,083 (and a 2013 estimate of 127,999), current trends put Charleston as the fastest-growing municipality in South Carolina. The population of the Charleston Metropolitan area, comprising Berkeley, Charleston and Dorchester counties, was counted by the 2013 estimate at 712,220 – the third largest in the state – and the 78th-largest metropolitan statistical area in the United States.

Things to do in charleston sc

Known for its rich history, well-preserved architecture, distinguished restaurants, and mannerly people, Charleston has received a large number of accolades, including "Americas Most Friendly [City]" by Travel + Leisure in 2011 and in 2013 and 2014 by Conde Nast Traveler, and also "the most polite and hospitable city in America" by Southern Living magazine.

The rich history and regal beauty of charleston south carolina 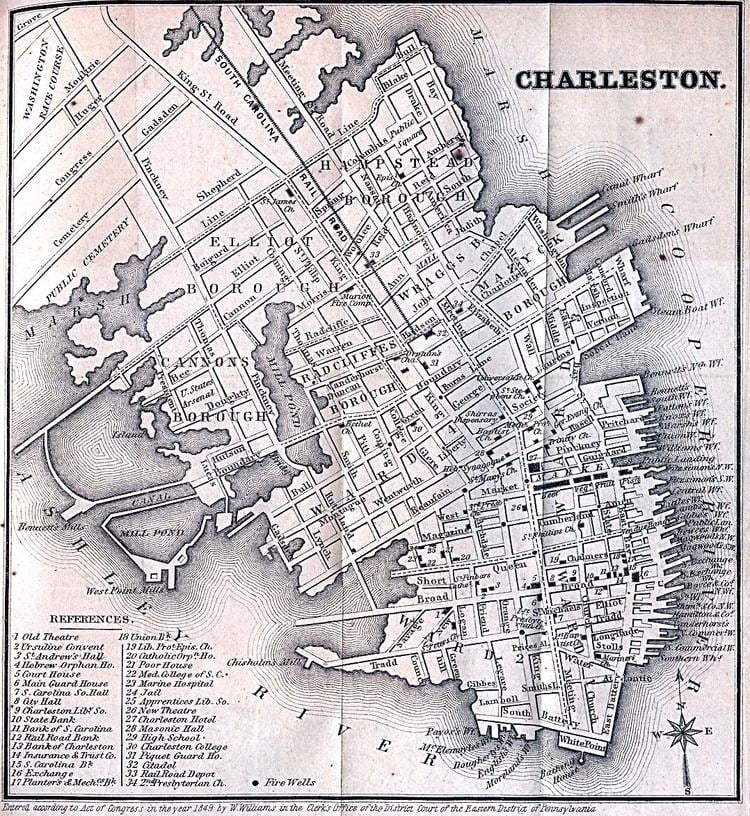 After Charles II of England (1630–1685) was restored to the English throne in 1660 following Oliver Cromwells Protectorate, he granted the chartered Province of Carolina to eight of his loyal friends, known as the Lords Proprietors, on March 24, 1663. It took seven years before the group arranged for settlement expeditions. The first of these founded Charles Town, in 1670. The community was established by several shiploads of settlers from Bermuda (which lies due East of South Carolina, although at 1,030 kilometres (640 mi) it is closest to Cape Hatteras, North Carolina), under the leadership of governor William Sayle, on the west bank of the Ashley River, a few miles northwest of the present-day city center. It was soon predicted by Anthony Ashley-Cooper, one of the Lords Proprietors, to become a "great port towne," a destiny the city quickly fulfilled. In 1680 the settlement was moved east of the Ashley River to the peninsula between the Ashley and Cooper rivers. Not only was this location more defensible, but it offered access to a fine natural harbor. In the year 1718, Charleston was besieged by the pirate Edward Teach, commonly known as Blackbeard. This disrupted trade in Charleston for a time until Blackbeard and his allies abandoned the siege. As the capital of the Carolina colony, Charles Town was a center for inland expansion, but remained the southernmost point of English settlement on the American mainland until the Georgia colony was established in 1732. 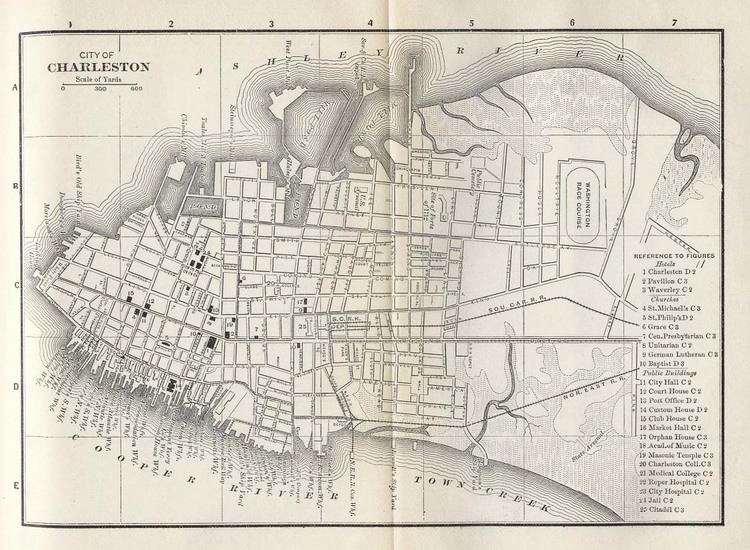 The early settlement was often subject to attack from sea and land, including periodic assaults from Spain and France (both of whom contested Englands claims to the region), and pirates. These were combined with raids by Native Americans, who violently resisted further expansion of the settlement. The heart of the city was fortified according to a 1704 plan by Governor Johnson. Except those fronting Cooper River, the walls were largely removed during the 1720s.

The first settlers primarily came from England, its Caribbean colony of Barbados, and its Atlantic colony of Bermuda. Among these were free people of color, born in the West Indies of alliances and marriages between Africans and English, when color lines were looser among the working class in the early colonial years, and some wealthy whites took black consorts or concubines. Charles Town attracted a mixture of ethnic and religious groups. French, Scottish, Irish, and Germans migrated to the developing seacoast town, representing numerous Protestant denominations. Because of the battles between English royalty and the Roman Catholic Church, practicing Catholics were not allowed to settle in South Carolina until after the American Revolution. Jews were allowed, and Sephardic Jews migrated to the city in such numbers that by the beginning of the 19th century, the city was home to the largest and wealthiest Jewish community in North America—a status it held until about 1830.

Africans were brought to Charles Town on the Middle Passage, first as servants, then as slaves. Ethnic groups transported here included especially Wolof, Yoruba, Fulani, Igbo, Malinke, and other peoples of the Windward Coast. An estimated 40 percent of the total 400,000 Africans transported and sold as slaves into North America are estimated to have landed at Sullivans Island, just off the port of Charles Town; it is described as a "hellish Ellis Island of sorts .... Today nothing commemorates that ugly fact but a simple bench, established by the author Toni Morrison using private funds."

By the mid-18th century Charles Town had become a bustling trade center, the hub of the Atlantic trade for the southern colonies. Charles Towne was also the wealthiest and largest city south of Philadelphia, in part because of the lucrative slave trade. By 1770, it was the fourth-largest port in the colonies, after Boston, New York, and Philadelphia; with a population of 11,000—slightly more than half of them slaves. By 1708 the majority of the colonys population were slaves, and the future state would continue to be a majority of African descent until after the Great Migration of the early 20th century.

Charles Town was a hub of the deerskin trade, the basis of Charles Towns early economy. Trade alliances with the Cherokee and Creek nations insured a steady supply of deer hides. Between 1699 and 1715, colonists exported an average of 54,000 deer skins annually to Europe through Charles Town. Between 1739 and 1761, the height of the deerskin trade era, an estimated 500,000 to 1,250,000 deer were slaughtered. During the same period, Charles Town records show an export of 5,239,350 pounds of deer skins. Deer skins were used in the production of mens fashionable and practical buckskin pantaloons, gloves, and book bindings.

Colonial Lowcountry landowners experimented with cash crops ranging from tea to silkworms. African slaves brought knowledge of rice cultivation, which plantation owners cultivated and developed as a successful commodity crop by 1700. With the help of African slaves from the Caribbean, Eliza Lucas, daughter of plantation owner George Lucas, learned how to raise and use indigo in the Lowcountry in 1747. Supported with subsidies from Britain, indigo was a leading export by 1750. Those and naval stores were exported in an extremely profitable shipping industry.

As Charles Town grew, so did the communitys cultural and social opportunities, especially for the elite merchants and planters. The first theatre building in America was built in 1736 on the site of todays Dock Street Theatre. Benevolent societies were formed by different ethnic groups, from French Huguenots to free people of color to Germans to Jews. The Charles Towne Library Society was established in 1748 by well-born young men who wanted to share the financial cost to keep up with the scientific and philosophical issues of the day. This group also helped establish the College of Charles Towne in 1770, the oldest college in South Carolina. Until its transition to state ownership in 1970, this was the oldest municipally supported college in the United States. 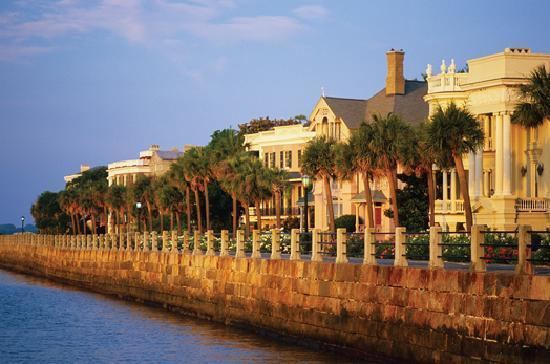 Charleston is famous for its unique culture, which blends traditional Southern U.S., English, French, and West African elements. The downtown peninsula is well known for its art, music, local cuisine, and fashion. Spoleto Festival USA, held annually in late spring, has become one of the worlds major performing arts festivals. It was founded in 1977 by Pulitzer Prize-winning composer Gian Carlo Menotti, who sought to establish a counterpart to the Festival dei Due Mondi (the Festival of Two Worlds) in Spoleto, Italy.

Charlestons oldest community theater group, the Footlight Players, has provided theatrical productions since 1931. A variety of performing arts venues includes the historic Dock Street Theatre. The annual Charleston Fashion Week held each Spring in Marion Square brings in designers, journalists, and clients from across the nation. Charleston is known for its local seafood, which plays a key role in the citys renowned cuisine, comprising staple dishes such as gumbo, she-crab soup, fried oysters, Lowcountry boil, deviled crab cakes, red rice, and shrimp and grits. Rice is the staple in many dishes, reflecting the rice culture of the Low Country. The cuisine in Charleston is also strongly influenced by British and French elements. 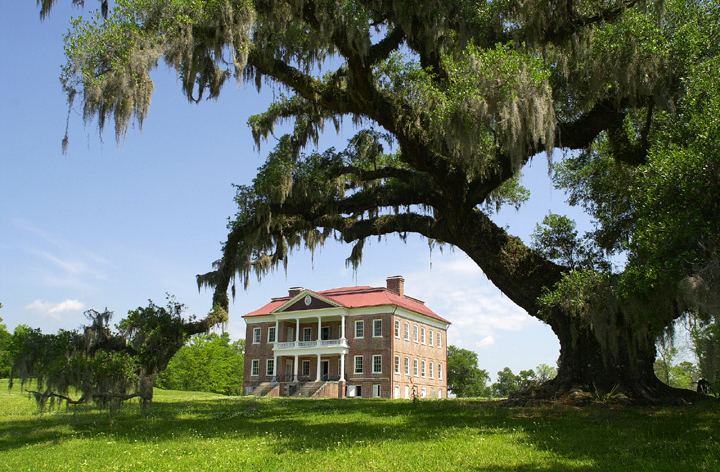 Charleston is a major tourist destination, with a considerable number of luxury hotels, hotel chains, inns, and bed and breakfasts and a large number of award-winning restaurants and quality shopping. The city has two shipping terminals, owned and operated by the South Carolina Ports Authority, which are part of the fourth largest container seaport on the East Coast and the thirteenth largest container seaport in North America.

Museums, historical sites and other attractions

Charleston has many historic buildings, art and historical museums, and other attractions, including: