Carsten Schneider (born 23 January 1976) is a German social democratic politician, who has been a member of the German Parliament since 1998. Since 2005, he has been the budgetary policy spokesman for the SPD 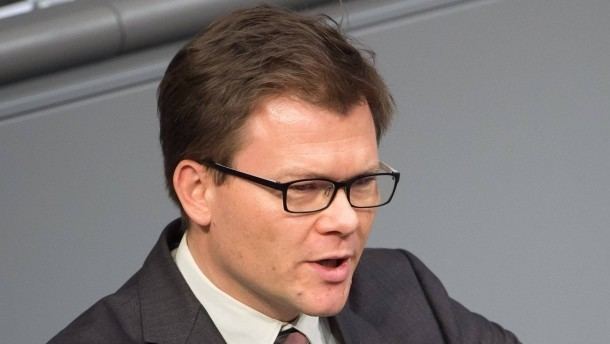 After graduating from Wilhelm-Hasler-Gymnasium in Erfurt, Thuringia in 1994, Schneider completed an apprenticeship at a credit union. He accepted a position at an Erfurt savings bank after completing his alternative civilian service in 1998.

Schneider has been married since 2003 and has two daughters. 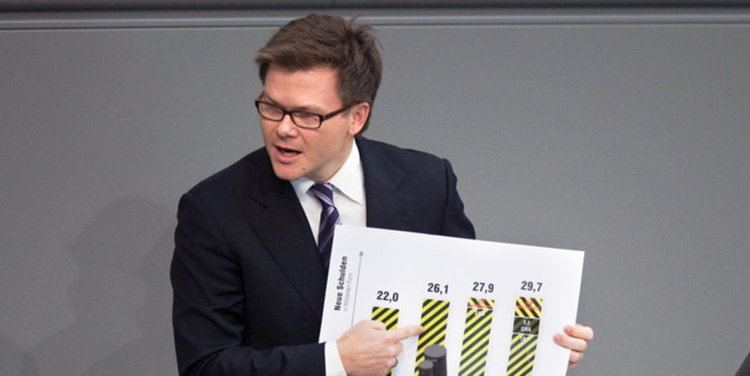 Schneider joined the SPD in 1995. He became active in Young Socialists in the SPD and eventually was elected chairman of the Thuringian chapter.

In 2012, Schneider was selected as one of three speakers of the Seeheimer Kreis.

In the 1998 federal elections, at age 22, Schneider became the then-youngest representative in the German Parliament, representing Erfurt from 1998 to 2005 and the successor constituency of Erfurt – Weimar – Weimarer Land II since 2005. He was a member of the Budget Committee, where he served as his parliamentary group's rapporteur on the budget of the Federal Ministry of Education and Research, and the Thuringian SPD parliamentary caucus, of which he became speaker in 2005.

In the negotiations to form a Grand Coalition of the Christian Democrats (CDU together with the Bavarian CSU) and the Social Democrats (SPD) following the 2013 federal elections, Schneider was part of the SPD delegation in the working group on financial policies and the national budget, led by Wolfgang Schauble and Olaf Scholz. He had previously publicly expressed his doubts about the Social Democrats joining a coalition government with the CDU/CSU, having preferred a coalition with the center-left Alliance '90/The Greens.

Following the formation of the third cabinet of Federal Chancellor Angela Merkel, Schneider has been serving as deputy chairman of the SPD parliamentary group under the leadership of Thomas Oppermann. He is also the chairman of the so-called Confidential Committee (Vertrauensgremium) of the Budget Committee, which provides budgetary supervision for Germany’s three intelligence services, BND, BfV and MAD.

In addition, Schneider has been a delegate to the Conference established under Article 13 of the European Fiscal Compact since 2014; this body assembles members of the relevant committees of the European Parliament and national parliaments to discuss economic and fiscal policy and other matters concerning stability, coordination and governance in the Economic and Monetary Union of the European Union.

Schneider has been critical of Chancellor Angela Merkel and her policy of bailouts for Greece and Cyprus. In August 2011, he publicly criticized Labor Minister Ursula von der Leyen for demanding collateral from euro-area members needing financial aid.

Schneider also criticized a possible bailout that would not punish foreign tax evaders storing their money in Cypriot banks. In April 2013, he helped build support among the SPD parliamentary group for the incumbent center-right government’s move to contribute to a 10 billion euros international bailout of Cyprus that included losses for uninsured depositors in two of the island’s banks.

In 2011, Schneider and his counterpart Norbert Barthle from the Conservative CDU urged Portugal to consider selling some of its gold reserves to ease debt woes and therefore reduce the cost to German taxpayers of bailing it out.

In an opinion piece for Financial Times, he expressed doubt in Merkel and the CDU/CSU coalition's plan to begin to recapitalize banks involved in European sovereign-debt crisis, saying:

"A supervisory institution without the authority to wind up failing banks is, in effect, a guarantee of survival for big banks. The ESM would strengthen their capacity to blackmail the public."

On the European Commission’s 2014 proposal for a structural reform of the EU banking sector, Schneider criticized the measures as insufficient and held that "separating certain risky business, such as credit to hedge funds, from banks' core business is a central lesson from the financial crisis".

Schneider occupies a number of honorary positions. Since 2001, he has acted as chairman for “Erfurt Runs” (Erfurt rennt) a relay race around the Erfurt Cathedral to support tolerance and inclusion. He is also a member of the board of trustees for the Bonn-based Community-Mindedness Campaign.