Carl Tanzler, or sometimes Count Carl von Cosel (February 8, 1877 – July 3, 1952), was a German-born radiologic technologist at the United States Marine Hospital in Key West, Florida who developed a morbid obsession for a young Cuban-American tuberculosis patient, Elena Milagro "Helen" de Hoyos (July 31, 1909 – October 25, 1931), that carried on well after the disease had caused her death. In 1933, almost two years after her death, Tanzler removed Hoyos's body from its tomb, and lived with the corpse at his home for seven years until its discovery by Hoyos's relatives and authorities in 1940. 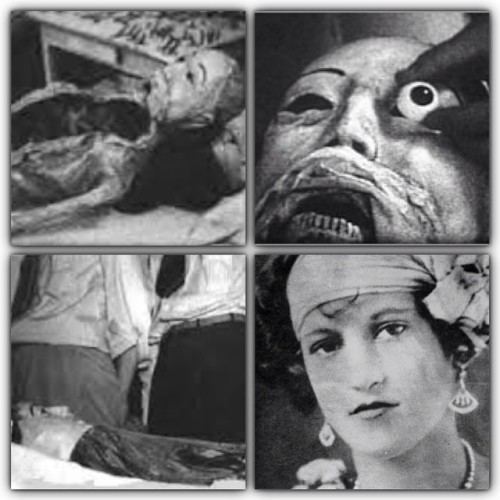 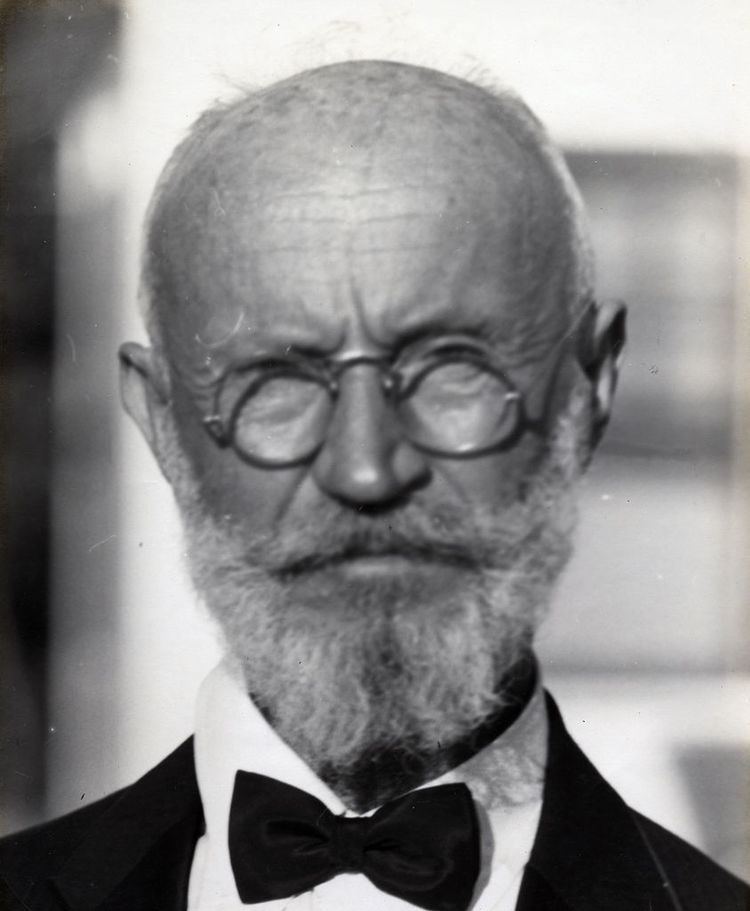 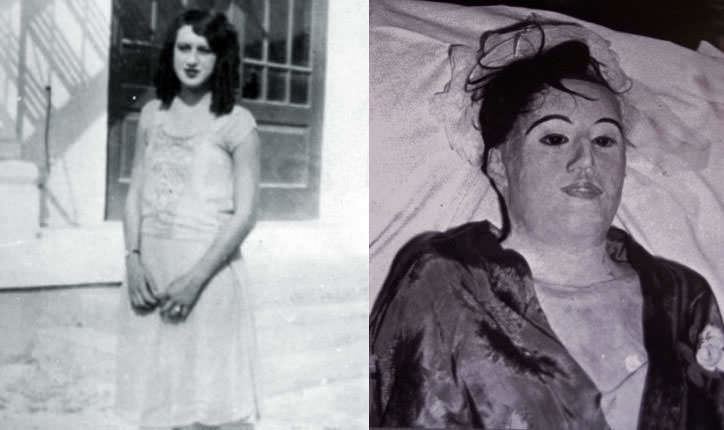 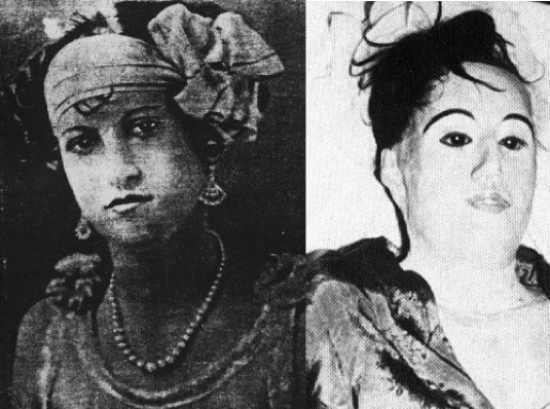 Tanzler grew up in Germany. The following “Editorial Note“ accompanying the autobiographical account “The Trial Bay Organ: A Product of Wit and Ingenuity” by “Carl von Cosel,“ in the Rosicrucian Digest of March and April 1939, gives details about his stay in Australia before and during World War I and his return to Germany after the war: 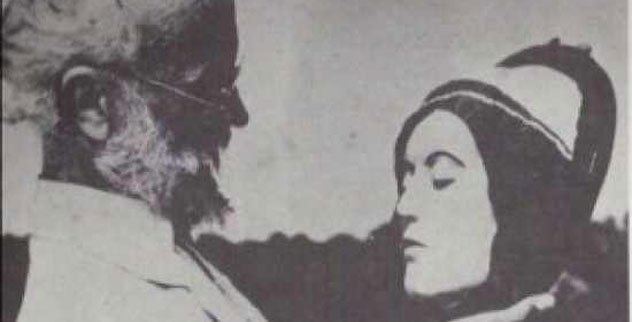 Many years ago, Carl von Cosel travelled from India to Australia with the intention of proceeding to the South Seas Islands. He paused in Australia to collect equipment and suitable boats, and to become acquainted with prevailing weather and sea conditions. However, he became interested in engineering and electrical work there, bought property, boats, an organ, an island in the Pacific—so that he was still in Australia at the end of ten years. He had just begun to build a trans-ocean flyer when the war broke out and the British military authorities placed him in a concentration camp for 'safe-keeping' along with many officers India and China who were prisoners of war. Later he was removed to Trial Bay to a castle-like prison on the cliffs, and there the work in this narrative was accomplished. At the end of the war no prisoner was permitted to return to his former residence, but all were shipped to the prisoner's exchange in Holland. When Carl von Cosel was released he set out to find his mother from whom he had not heard since the beginning of the war. Finding her safe, he remained with her for three years, witnessing the chaos that followed in the wake of the war. ... Finally, she suggested that her son return to his sister in the United States ...

Tanzler's account of Trial Bay Gaol, his secret building of a sailing boat, etc., is confirmed by Nyanatiloka Thera, who mentions that he planned to escape from the Gaol with ”Count Carl von Cosel” in a sailing boat, and provides other information about the interment of Germans in Australia during WWI.

Tanzler emigrated to the United States in 1926, sailing from Rotterdam on February 6, 1926 to Havana, Cuba. From Cuba he settled in Zephyrhills, Florida, to where his sister had already emigrated, and was later joined by his wife and two daughters. Leaving his family behind in Zephyrhills in 1927, he took a job as a radiologic technologist at the U.S. Marine Hospital in Key West, Florida under the name Carl von Cosel.

During his childhood in Germany, and later while traveling briefly in Genoa, Italy, Tanzler claimed to have been visited by visions of a dead ancestor, Countess Anna Constantia von Cosel, who revealed the face of his true love, an exotic dark-haired woman, to him.

On April 22, 1930, while working at the Marine Hospital in Key West, Tanzler met Maria Elena "Helen" Milagro de Hoyos (1909–1931), a local Cuban-American woman who had been brought to the hospital for an examination by her mother. Tanzler immediately recognized her as the beautiful dark-haired woman that had been revealed to him in his earlier "visions." By all accounts, Hoyos was viewed as a local beauty in Key West.

On February 18, 1926, Hoyos married Luis Mesa (1908–?), the son of Caridad and Isaac Mesa. Luis left Hoyos shortly after Hoyos miscarried the couple's child, and moved to Miami. Hoyos was legally married to Mesa at the time of her death.

Hoyos was eventually diagnosed with tuberculosis, a typically fatal disease at the time, that eventually claimed the lives of almost all of her entire immediate family. Tanzler, with his self-professed medical knowledge, attempted to treat and cure Hoyos with a variety of medicines, as well as x-ray and electrical equipment, that were brought to the Hoyoses' home. Tanzler showered Hoyos with gifts of jewelry and clothing, and allegedly professed his love to her, but no evidence has surfaced to show that any of his affection was reciprocated by Hoyos.

Despite Tanzler's best efforts, Hoyos died of terminal tuberculosis at her parents' home in Key West on October 25, 1931. Tanzler paid for her funeral, and with the permission of her family he then commissioned the construction of an above ground mausoleum in the Key West Cemetery, which he visited almost every night.

One evening in April, 1933, Tanzler crept through the cemetery where Hoyos was buried and removed her body from the mausoleum, carting it through the cemetery after dark on a toy wagon, and transporting it to his home. He reportedly said that Elena's spirit would come to him when he would sit by her grave and serenade her corpse with a favorite Spanish song. He also said that she would often tell him to take her from the grave. Tanzler attached the corpse's bones together with wire and coat hangers, and fitted the face with glass eyes. As the skin of the corpse decomposed, Tanzler replaced it with silk cloth soaked in wax and plaster of paris. As the hair fell out of the decomposing scalp, Tanzler fashioned a wig from Hoyos's hair that had been collected by her mother and given to Tanzler not long after her burial in 1931. Tanzler filled the corpse's abdominal and chest cavity with rags to keep the original form, dressed Hoyos's remains in stockings, jewelry, and gloves, and kept the body in his bed. Tanzler also used copious amounts of perfume, disinfectants, and preserving agents, to mask the odor and forestall the effects of the corpse's decomposition.

In October, 1940, Elena's sister Florinda heard rumors of Tanzler sleeping with the disinterred body of her sister, and confronted Tanzler at his home, where Hoyos's body was eventually discovered. Florinda notified the authorities, and Tanzler was arrested and detained. Tanzler was psychiatrically examined, and found mentally competent to stand trial on the charge of "wantonly and maliciously destroying a grave and removing a body without authorization." After a preliminary hearing on October 9, 1940 at the Monroe County Courthouse in Key West, Tanzler was held to answer on the charge, but the case was eventually dropped and he was released, as the statute of limitations for the crime had expired.

Shortly after the corpse's discovery by authorities, Hoyos's body was examined by physicians and pathologists, and put on public display at the Dean-Lopez Funeral Home, where it was viewed by as many as 6,800 people. Hoyos's body was eventually returned to the Key West Cemetery where the remains were buried in an unmarked grave, in a secret location, to prevent further tampering.

The facts underlying the case and the preliminary hearing drew much interest from the media at the time (most notably, from the Key West Citizen and Miami Herald), and created a sensation among the public, both regionally and nationwide. The public mood was generally sympathetic to Tanzler, whom many viewed as an eccentric "romantic".

Though not reported contemporaneously, research (most notably by authors Harrison and Swicegood) has revealed evidence of Tanzler's necrophilia with Hoyos's corpse. Two physicians (Dr. DePoo and Dr. Foraker) who attended the 1940 autopsy of Hoyos's remains recalled in 1972 that a paper tube had been inserted in the vaginal area of the corpse that allowed for intercourse. Others contend that since no evidence of necrophilia was presented at the 1940 preliminary hearing, and because the physicians' "proof" surfaced in 1972, over 30 years after the case had been dismissed, the necrophilia allegation is questionable. While no existing contemporary photographs of the Autopsy or photographs taken at the public display show a tube, the necrophilia claim was repeated by the HBO Autopsy program in 2005.

In 1944, Tanzler moved to Pasco County, Florida close to Zephyrhills, Florida, where he wrote an autobiography that appeared in the pulp publication, Fantastic Adventures, in 1947. His home was near his wife Doris, who apparently helped to support Tanzler in his later years. Tanzler received United States citizenship in 1950 in Tampa.

Separated from his obsession, Tanzler used a death mask to create a life-sized effigy of Hoyos, and lived with it until his death on July 3, 1952. His body was discovered on the floor of his home three weeks after his death. He died under the name "Carl Tanzler".

It has been recounted that Tanzler was found in the arms of the Hoyos effigy upon discovery of his corpse, but his obituary reported that he died on the floor behind one of his organs. The obituary recounted: "a metal cylinder on a shelf above a table in it wrapped in silken cloth and a robe was a waxen image".

It has also been written (most notably by Swicegood) that Tanzler had the bodies switched (or that Hoyos's remains were secretly returned to him), and that he died with the real body of Elena. There is no evidence that the waxen effigy found in his house at the time of his death contained bones, or any other human material.