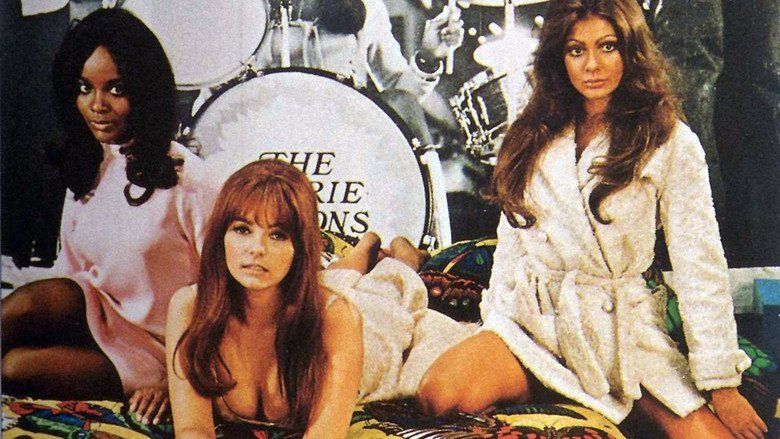 Beyond the Valley of the Dolls is a 1970 American satirical musical melodrama film starring Dolly Read, Cynthia Myers, Marcia McBroom, John LaZar, Michael Blodgett and David Gurian. The cult classic was directed by Russ Meyer and co-written by Meyer and Roger Ebert. 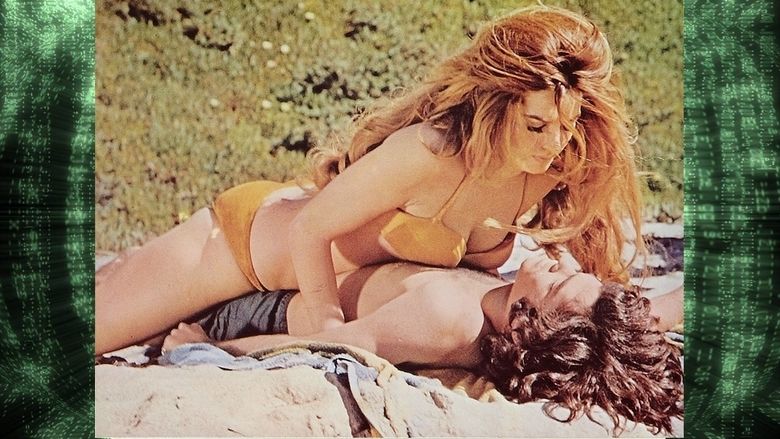 Originally intended as a sequel to the 1967 film Valley of the Dolls—"dolls" being a slang term for depressant pills or "downers"—Beyond the Valley of the Dolls was instead revised as a parody of the commercially successful but critically reviled original. 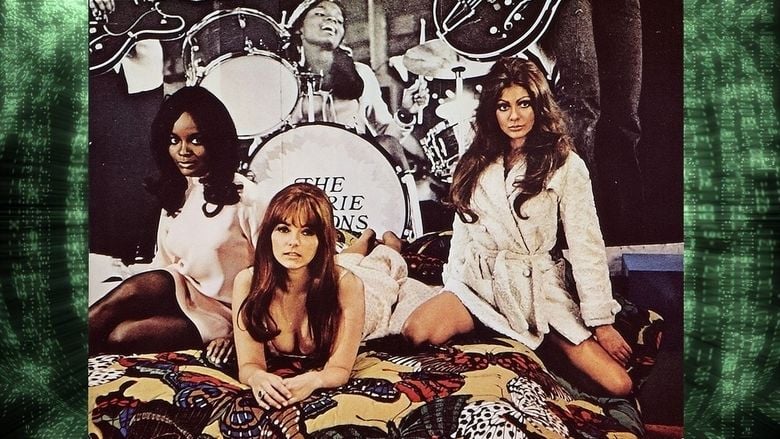 A hip and happenin' all girl rock group head to LA to claim lead-singer Kelly's inheritance and make it (and make it) in LA. Soon the girls fall into a morass of drugs and deceit as their recording success soars. It takes several tragedies to make them stop and think... but is it too late? 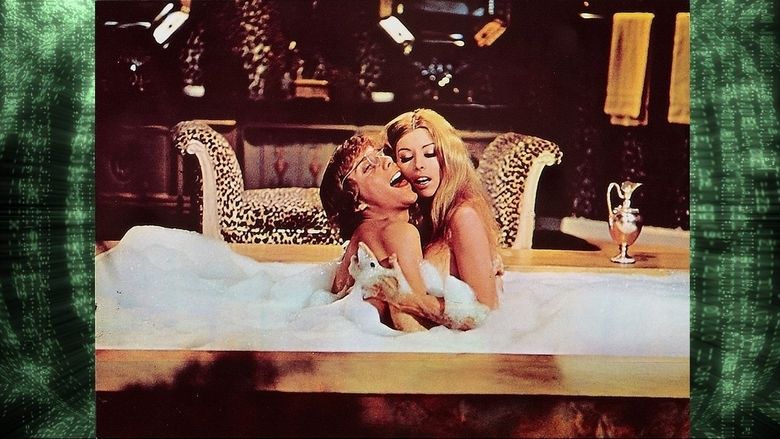 Susan welcomes Kelly and her friends, even promising a third of her inheritance to her niece, but Susans sleazy financial advisor Porter Hall (Duncan McLeod) discredits them as "hippies" in an attempt to embezzle her fortune himself. Undeterred, Susan introduces The Kelly Affair to a flamboyant, well-connected rock producer, Ronnie "Z-Man" Barzell (John LaZar), who coaxes them into an impromptu performance at one of his outrageous parties (after a set by real-life band Strawberry Alarm Clock). The band is so well-received that Z-Man becomes their Svengali-style manager, changing their name to The Carrie Nations and starting a long-simmering feud with Harris.

Kelly drifts away from Harris and takes up with Lance Rocke (Michael Blodgett), a high-priced gigolo who has designs on her inheritance. Harris at first fends off the sexually aggressive porn star Ashley St. Ives (Edy Williams), but after losing Kelly he allows Ashley to seduce him. Ashley soon tires of his conventional nature and inability to perform sexually due to increasing drug and alcohol intake. Harris descends further into heavy drug and alcohol use, leading to a fistfight with Lance and a drug-addled one-night stand with Casey which results in pregnancy. Kelly ends her affair with Lance after he severely beats Harris. Casey, distraught at getting pregnant and wary of mens foibles, has a lesbian affair with clothes designer Roxanne (Erica Gavin), who pressures her to have an abortion. 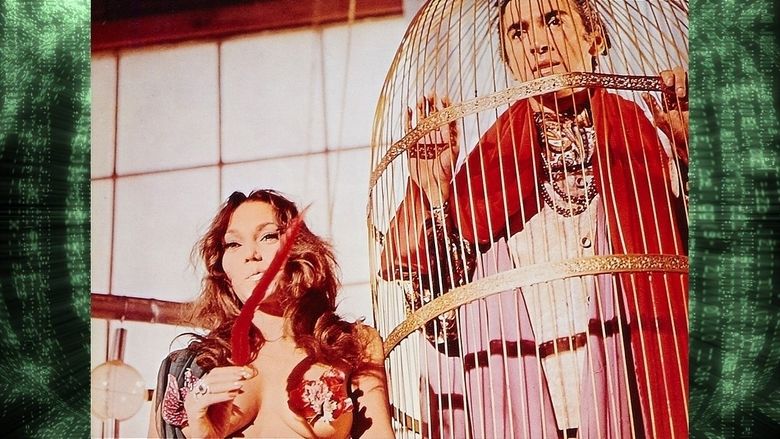 Petronella has a seemingly enchanted romance with law student Emerson Thorne (Harrison Page). After a meet-cute at Z-Mans party, they are shown running slow-motion through golden fields and frolicking in a haystack. Their fairy-tale romance frays when Pet sleeps with Randy Black (James Iglehart), a violent prize fighter who beats up Emerson and tries to run him down with a car. 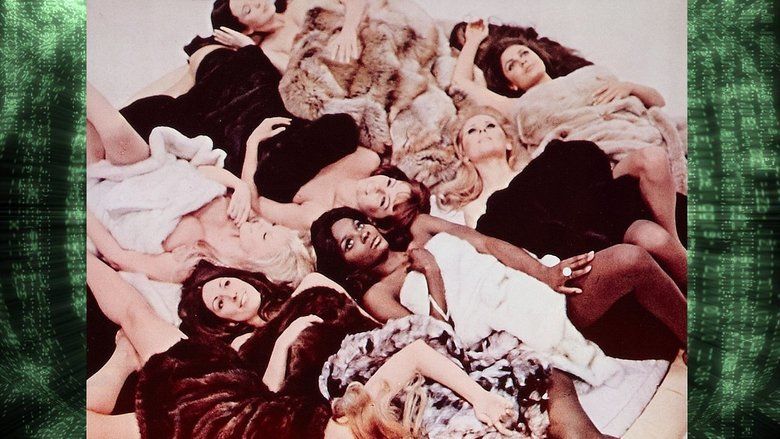 The Carrie Nations release records and continue to perform successfully, despite constant touring and drug use. Upset at being pushed to the sidelines, Harris attempts suicide by leaping from the rafters of a sound stage during a television appearance by the band. Harris survives the fall but becomes paraplegic from his injuries. 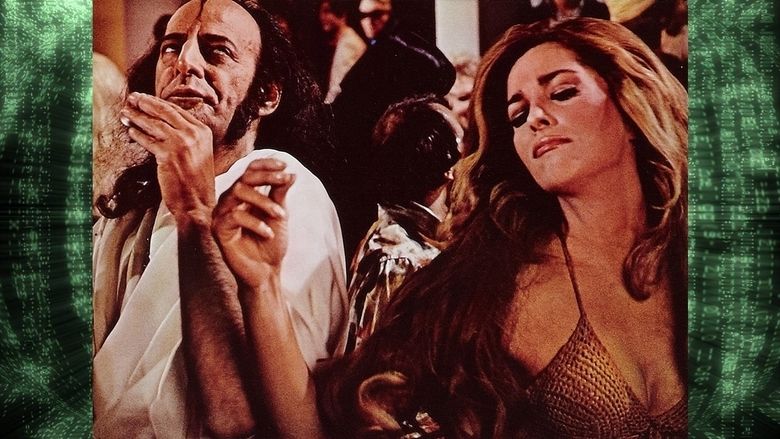 Kelly devotes herself to caring for Harris. Emerson forgives Petronella for her infidelity. Casey and Roxanne have a steamy, intimate romance. But this idyllic existence ends when Z-Man invites Casey, Roxanne, and Lance to a psychedelic-fueled party at his house. After Z-Man tries to seduce Lance, who spurns him, he reveals that he has female breasts, meaning he has been a female in drag all this time. Z-Man then goes on a murderous rampage: he beheads Lance with a sword, stabs his servant Otto (Henry Rowland) to death, and shoots Roxanne and Casey, killing them. 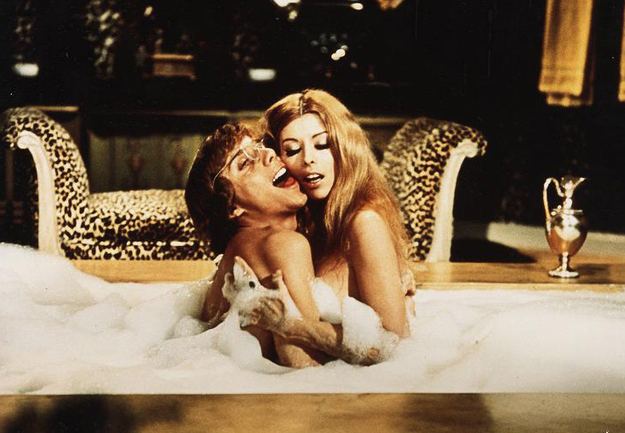 Responding to a desperate phone call Casey made shortly before her death, Kelly, Harris, Pet, and Emerson arrive at Z-Mans house and try to subdue him. Petronella is wounded in the melee, which ends in Z-Mans death. Harris is able to move his feet, the start of his recovery from paralysis.

An epilogue follows, with a preachy, satirical voice-over monologue and scenes of Kelly and Harris (now in crutches) hiking on a log over a creek, and a final scene with the wedding of three couples in a courthouse - Kelly and Harris, Pet and Emerson, and Susan and Baxter - with Porter observing from outside the courthouse window.

Beyond the Valley of the Dolls was originally intended as a straightforward sequel to the 1967 film Valley of the Dolls. Jacqueline Susann, author of the novel Valley of the Dolls, had been asked to write a screenplay but declined. Susann herself had come up with the title while she was writing her second novel The Love Machine. 20th Century Fox rejected two screenplay drafts, and the final version, written by director Russ Meyer and novice screenwriter Roger Ebert in six weeks, was not only a spoof of the original film, but, in Eberts words "a satire of Hollywood conventions, genres, situations, dialogue, characters and success formulas, heavily overlaid with such shocking violence that some critics didnt know whether the movie knew it was a comedy." Meyers intention was for the film to "simultaneously be a satire, a serious melodrama, a rock musical, a comedy, a violent exploitation picture, a skin flick and a moralistic expose (so soon after the Sharon Tate murders) of what the opening crawl called the oft-times nightmarish world of Show Business." 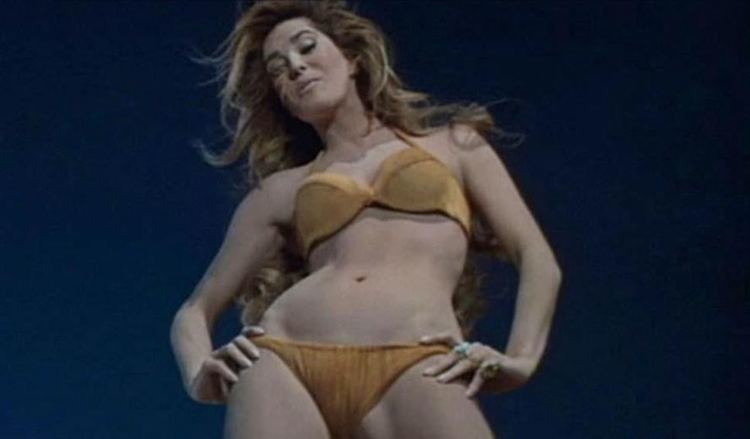 As a result, the studio placed a disclaimer at the beginning of the film informing the audience that the two films were not intended to be connected. Posters for the movie read, "This is not a sequel——there has never been anything like it". 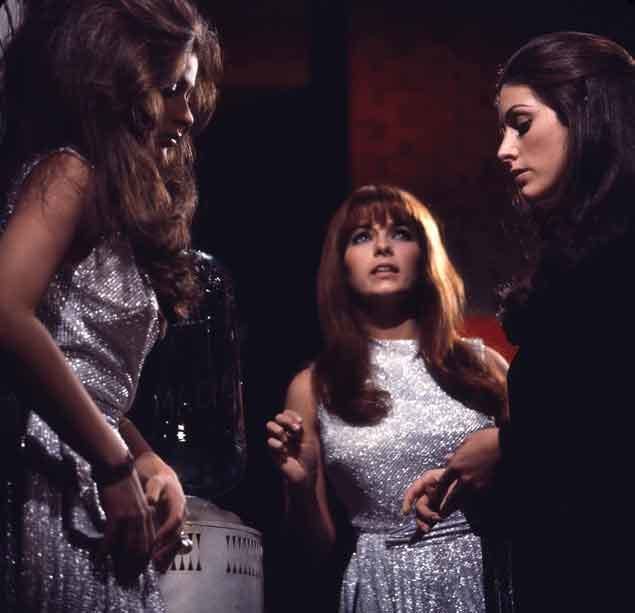 Upon its initial release, the film was given an X rating by the MPAA; in 1990, it was re-classified as NC-17. Meyers response to the original X rating was to attempt to re-edit the film to insert more nudity and sex, but Fox wanted to get the movie released quickly and wouldnt give him the time. 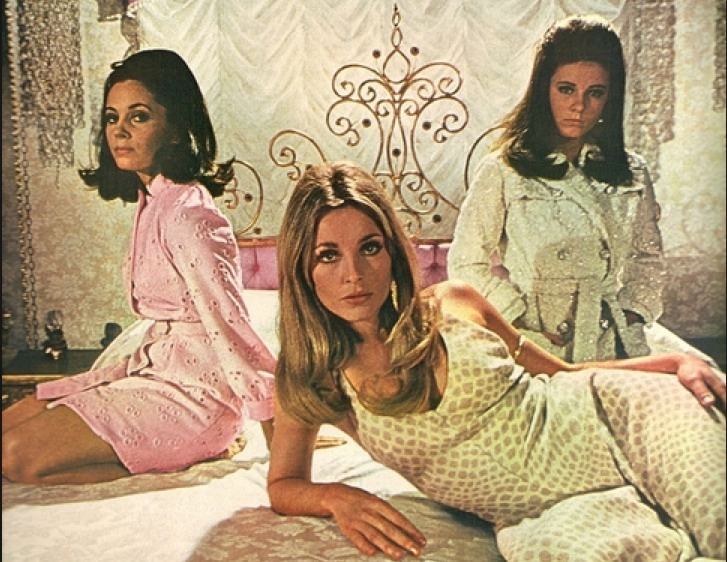 Beyond the Valley of the Dolls (sometimes referred to as BVD) is the first of two films produced by independent filmmaker Meyer for 20th Century Fox, and one of three movies that film critic Ebert co-wrote with Meyer. It was followed by the 1971 drama The Seven Minutes, although Meyers original deal was for three films. Ebert said that Beyond the Valley of the Dolls seemed "like a movie that got made by accident when the lunatics took over the asylum." 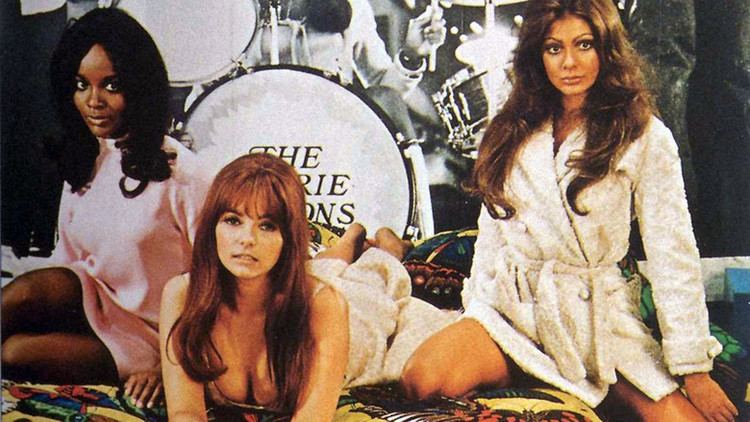 Because the film was put together so quickly, some plot decisions, such as the character Z-Man being revealed as a transvestite woman, were made on the spot, without the chance to bring previous already-shot scenes into alignment with the new development. As they were shooting, the cast was uncertain whether the dialogue was intended to be comic or not, which would alter their approach to acting it. Because Meyer always discussed their roles and the film so seriously, they did not want to unintentionally insult him by asking, so they broached the question to Ebert instead. Meyers intention was to have the actors perform the material in a straightforward manner, saying "If the actors perform as if they know they have funny lines, it wont work." Ebert described the resulting tone as "curious".

I think of it as an essay on our generic expectations. Its an anthology of stock situations, characters, dialogue, cliches and stereotypes, set to music and manipulated to work as exposition and satire at the same time; its cause and effect, a wind-up machine to generate emotions, pure movie without message.

Beyond the Valley of the Dolls was made while Fox was being sued by Jacqueline Susann who contended that the film had damaged her reputation as a serious author. The suit did not go to trial until after Susanns death in September 1974. Her estate won a $2 million verdict against the studio in August 1975.

Most of the films music was written by Stu Phillips, whose composing credits include The Donna Reed Show, The Monkees, McCloud, and the original film and television versions of Battlestar Galactica. Phillips adapted Paul Dukas The Sorcerers Apprentice for the psychedelic scene at Z-Mans house near the films end.

Members of the fictitious Carrie Nations neither sing nor play their own instruments in the film. Vocals for the lip-synced songs were performed by Lynn Carey, a blue-eyed soul singer based in Los Angeles. Careys voice is showcased on the apocalyptic rocker "Find It", the earnest folk anthem "Come With the Gentle People", the raunchy R&B of "Sweet Talking Candyman", the lilting ballad "In the Long Run", and the soulful strut of "Look On Up At the Bottom". (A woman named Carrie Nation was an historic figure from the temperance movement.)

Strawberry Alarm Clock perform their 1967 hit "Incense and Peppermints", the mid-tempo rocker "Girl from the City", and the power pop anthem "Im Comin Home" during the first party scene at Z-Mans house. The films title song was performed by A&M artists The Sandpipers and is heard twice near the end of the movie. The group also released the song as a single and on their 1970 Come Saturday Morning LP.

Different versions of the soundtrack album exist because of disputes over royalties. The original vinyl soundtrack, reissued in the early 2000s, substitutes Amy Rushes vocals for Lynn Careys originals; it also includes one song, "Once I Had Love", not on the 2003 CD reissue. However, the CD edition of the soundtrack contains 25 songs compared to the 12 songs on the vinyl version. "Incense and Peppermints", some incidental music, and the Strawberry Alarm Clocks Hammond organ instrumental "Toy Boy" are missing from all soundtrack releases.

Roger Ebert revealed that many of BVDs themes and characters were based upon real people and events, but because neither Ebert nor Russ Meyer actually met these people, their characterizations were based on pure speculation.

Despite an X rating and a modest budget of $900,000, Beyond the Valley of the Dolls grossed ten times that amount in the U.S. market, qualifying it as a hit for Fox. It has since grossed more than $40 million from theatrical revivals and video sales, according to Roger Ebert.

Since its release in 1970, BVD has acquired a cult following and has even been included in various "best of" lists by movie critics. In 2000, Canadian magazine Take One included BVD in their "Best Films of the 1970s" critics poll. In 2001, the Village Voice named the film #87 on its list of the 100 Greatest Films of the Century.

Beyond the Valley of the Dolls was released as a two-disc, special-edition DVD set on June 13, 2006, which is now out of print.

However, 20th Century Fox re-released BVD on the second disc of the 4-disc variety feature pack, Studio Classics: Set 9, which also includes All About Eve, The Inn of the Sixth Happiness, and Valley of the Dolls, on May 4, 2010.