Alexander Socrates Onassis (Greek: Αλέξανδρος Ωνάσης; April 30, 1948 – January 23, 1973) was an American businessman. He was the son of the Greek shipping magnate Aristotle Onassis and his first wife Tina Livanos. He and his sister Christina Onassis were upset by his father's marriage to Jacqueline Bouvier Kennedy, and he was credited with attempting to improve the relationship between his father and Stavros Niarchos. 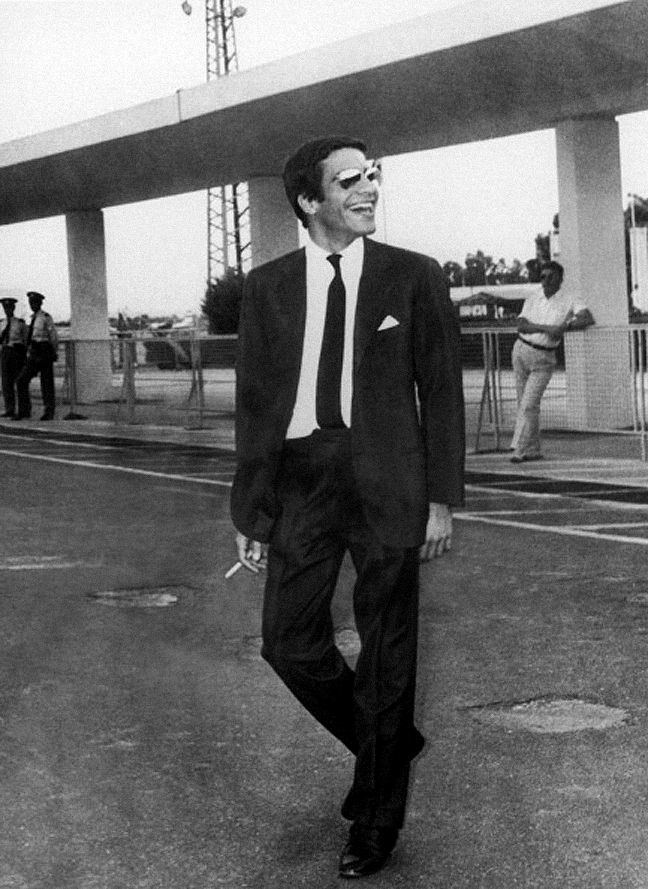 Born in New York City, Onassis was not formally educated and worked for several years for his father at his Monaco headquarters. The relationship between Onassis and his father experienced tensions as a result of his secret relationship with Fiona Thyssen, and he was later appointed the head of Olympic Aviation, a Greek regional airline owned by his father. Onassis died in hospital as a result of injuries sustained in an air crash at Ellinikon International Airport at the age of 24. The Alexander S. Onassis Foundation was established in his memory.

Alexander Socrates Onassis was born at the Harkness Pavilion, a private clinic in New York City's NewYork–Presbyterian Hospital. He was the elder child of the Greek shipping magnate Aristotle Onassis (1906 –1975) and his first wife, Athina Livanos (1929 –1974), herself a daughter of a Greek shipping magnate, Stavros G. Livanos. Onassis was named after his father's uncle, who was hanged by a Turkish military tribunal during their sacking of Smyrna in September 1922. Onassis's sister, Christina, was born in 1950. 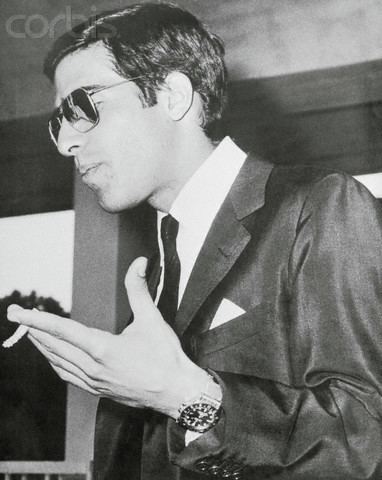 Onassis had no formal schooling, but had been provided with a personal tutor and his own apartment from a young age. Onassis failed his exams at a Paris lycee aged 16, and began working for his father at his Monaco headquarters in 1965. Onassis earned a modest salary of $12,000 working for his father despite his father's great wealth. Onassis was not an enthusiastic employee. A fellow employee said that he seemed in no "great hurry to prove himself an Onassis". Onassis also described himself as never having spent a day not "intimidated by the old man's wealth". In the mid 1960s, Onassis began a relationship with the French model Odile Rodin, a woman several years his senior. Rodin was the widow of the Dominican playboy and diplomat Porfirio Rubirosa, and Rodin and Onassis lived together in Monaco. 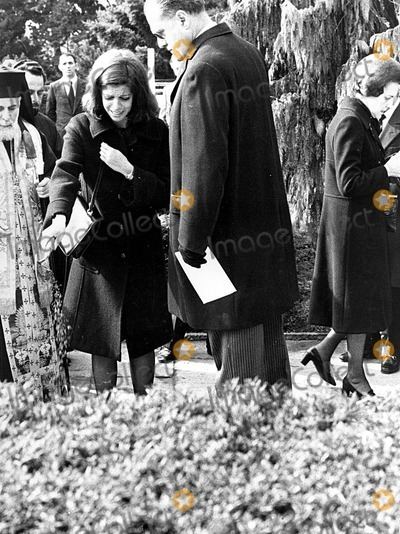 In October 1968, Aristotle Onassis married Jacqueline Bouvier Kennedy, the widow of John F. Kennedy, the 35th President of the United States. Onassis and his sister Christina were greatly upset by the union. They had hoped that he might remarry their mother, which had seemed possible towards the end of their father's relationship with the Greek opera singer Maria Callas. Onassis said: "My father loved names and Jackie loved money". Despite never liking their stepmother, Onassis and his sister were friendly with her children, Caroline and John, and Onassis would occasionally let his stepbrother ride at the controls of his plane. Aristotle Onassis's friend, John W. Meyer, credited Alexander with persuading his father to stop publicly accusing his business rival and former brother-in-law, Stavros Niarchos, of involvement in the death of Niarchos's former wife, Alexander's aunt Eugenia Livanos. Niarchos later married Onassis's mother, the sister of his former wife. 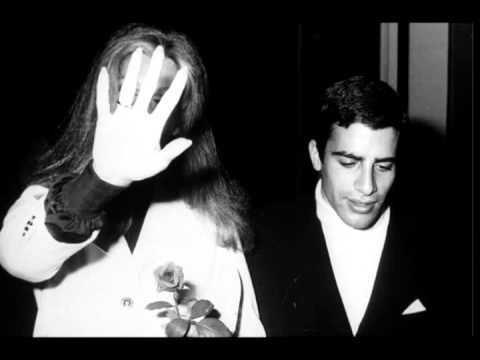 Aristotle Onassis's second marriage exacerbated the tensions already inherent in his relationship with his son. He also disapproved of Alexander's secret relationship with Fiona Thyssen (nee Campbell Walter), a British fashion model some 16 years his senior and the former wife of industrialist Baron Hans Heinrich Thyssen-Bornemisza. Onassis had first met Fiona Thyssen when he was 12, and as an 18-year-old had surprised his mother by inviting her to a dinner party, as she was one of his mother's friends.

Following the dinner party, Onassis and Thyssen went to a disco where she punched a fellow dancer in the face (who then fell to the floor) after he suggested that she was only with Onassis because of his father's wealth. Onassis wanted to have a committed relationship with Thyssen from their first meeting, which she initially resisted, but the deep relationship which eventually developed between the pair was resisted by Onassis's mother, who constantly sought to sabotage it. Onassis's father also sought to undermine his son's relationship by buying him a $2 million villa outside Athens, a gesture that Thyssen felt was an attempt to mold her into just another "Onassis object...to be manipulated, brutalised and treated on any level and on any terms he chooses". Thyssen only accepted gifts from Onassis if they were paid from the small amount that he earned.

Onassis had taken his first flying lesson in 1967 and had accrued 1,500 flying hours by the time of his death. Possessing a professional pilot's license, he was appointed the President of Olympic Aviation, a regional Greek subsidiary of his father's Olympic Airways, in 1971. Onassis' poor eyesight meant that he could not hold an air transport license, but could possess an air commercial license, allowing him to fly light planes and air taxis for emergency medical cases.

Onassis died on January 23, 1973, at the age of 24, from injuries sustained the previous day when his personal Piaggio P.136L-2 amphibious airplane, in which he was a passenger, crashed at Ellinikon International Airport in Athens. Onassis was instructing a potential new pilot of the plane, Donald McCusker, at the time of the crash, in his role as President of Olympic Aviation. Onassis and McCusker were accompanied by Donald McGregor, Onassis's regular pilot, who was recovering from an eye infection. A few seconds after takeoff from runway 33, the plane's right wing dropped and stayed down, and the plane crashed shortly after losing balance, in a flight lasting no more than 15 seconds. McCusker and the other pilot both suffered serious injuries in the crash. The trio had planned to practice amphibious landings between the Saronic Gulf islands of Aegina and Poros after takeoff.

The day after the crash, Onassis's father and stepmother arrived from New York at the hospital where Onassis was being treated. The couple were accompanied by an American neurosurgeon. Onassis's mother arrived from Switzerland with her husband, Stavros Niarchos. Aristotle had also flown the English neurosurgeon Alan Richardson from London to Athens, but Richardson later told Onassis that Alexander had no chance of surviving his injuries. Aristotle Onassis considered having his son's body cryogenically frozen with the Life Extension Society, but was persuaded against it, and it was embalmed by Desmond Henley. Alexander Onassis was buried next to the chapel on his father's private Ionian island of Skorpios.

Reports into the crash by the Greek Air Force, and an independent investigator hired by Onassis, the Englishman Alan Hunter, concluded that it had occurred as a result of the reversing of the aileron connecting cables during the installation of a new control column. This cause was disputed by McGregor who believed that the wake turbulence from an Air France Boeing 727 that had taken off before them had caused the crash.

Less than a month after Alexander Onassis's death, McCusker had manslaughter proceedings initiated against him by the public prosecutor of Athens in connection with the crash. Six people were also charged over Onassis's death in January 1974, with their indictment indicating that faulty controls had been fitted to his plane.

In December 1974, in a paid advertisement, Aristotle Onassis announced his offering of a $1,000,000 reward ($4.8 million as of 2016) for proof that his son's death had been as a result of "deliberate action" as opposed to the cause of negligence, the conclusion reached by the official inquiry. All charges relating to the crash were later dropped, and McCusker was awarded $800,000 in 1978 by Olympic Airways, three years after Aristotle Onassis's death. Onassis had refused to believe that his son's death was an accident, believing it was due to the machinations of the United States Central Intelligence Agency (CIA) and the leader of the Greek military junta, Georgios Papadopoulos.

Onassis's death had a profound effect on his father, who never fully recovered from the loss of his son. Aristotle Onassis sought to sell Olympic Airways after his son's death, and died two years later in March 1975. Onassis was buried alongside his son on Skorpios.

Aristotle Onassis's will established a charitable foundation in memory of his son, the Alexander S. Onassis Public Benefit Foundation, based in the tax haven of Vaduz in Liechtenstein, and headquartered in Athens. The foundation received 45% of his fortune, with the remainder left to Alexander's sister, Christina. The foundation consists of two parts; a business foundation which runs various businesses including shipping, and a public benefit foundation which is the sole recipient of the business foundation. The public benefit foundation funds the world wide promotion of Greek culture, funds the Onassis International Prizes for achievement in various fields, and the funding of scholarships for Greek university students.