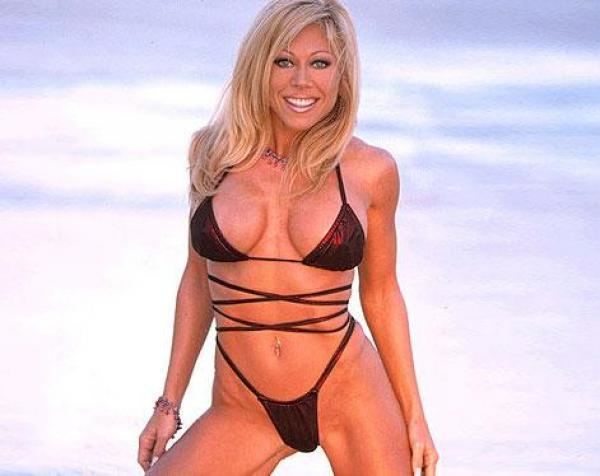 In the early years of her career with the WWF, she managed her (then) real-life husband Dustin Runnels (known on-screen as Goldust) and was a member of the Pretty Mean Sisters alliance. She also managed both The Hardy Boyz and Edge and Christian following the Terri Invitational Tournament in 1999. Subsequently, she had an on-screen rivalry with The Kat, managed The Radicalz stable, and worked as a host and interviewer. During her time with the WWF/E, she briefly held the Hardcore Championship, her only championship during her career. After leaving the wrestling business, Runnels became involved in philanthropic work. 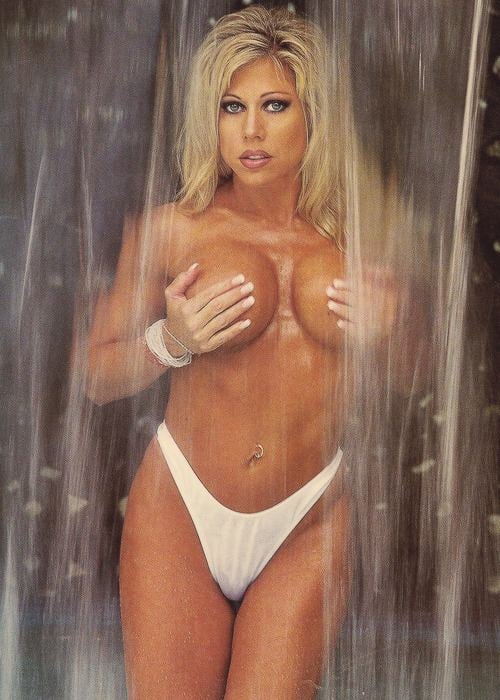 Runnels was originally a make-up artist for CNN from 1985 to 1991, where she worked on Larry King's make-up. On the weekends, she did makeup for the wrestlers of Jim Crockett Promotions (JCP). When the company was purchased by Ted Turner in 1988 and renamed World Championship Wrestling (WCW), she moved to Atlanta and continued doing make-up for some of the wrestlers. Booker Ole Anderson eventually asked her to become part of the roster as a manager. Runnels debuted in 1990 as Alexandra York, a laptop-carrying accountant who led an alliance known as The York Foundation, a group of wrestlers with finance-themed gimmicks. The York character was created over a lunch with Tony Schiavone, one of WCW's announcers. She worked at WCW for two years. 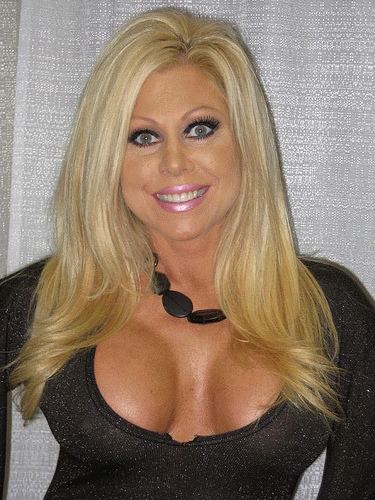 Runnels debuted in the World Wrestling Federation at the Royal Rumble in 1996 as Marlena, a character modeled after Marlene Dietrich. She debuted as a coolly unconcerned and indifferent manager. With her cigar-smoking, seductive, nonchalant and mysterious gimmick, she acted as a manager of her then real-life husband Dustin, who was wrestling under the gimmick of Goldust. The cigar-smoking aspect of the character came about because Runnels enjoyed smoking them in real life. The risque characters helped bring about The Attitude Era of the late-1990s and the Diva division. During a feud between Goldust and Triple H over the Intercontinental Championship, on February 16, 1997 at In Your House 13: Final Four, Marlena was choked by Chyna, who debuted as a plant from a ringside seat and later became the bodyguard for Triple H. Later, Brian Pillman feuded with Goldust over Marlena. As part of the angle, Pillman won Marlena in a match and sent Goldust a picture of her handcuffed in a bed. Pillman, however, died in the middle of the storyline. Originally, the plan was to have the rivalry culminate in an on-air wedding where Marlena would leave Goldust for Pillman. After the Marlena-Goldust alliance dissolved, Goldust revealed Luna Vachon as his new manager.

Runnels later re-emerged in 1998, under her real name, as the on-screen girlfriend of Val Venis. When Runnels claimed to be pregnant with Venis's baby, he dumped her. She later joined forces with Jacqueline Moore, who had just ended her alliance with Marc Mero, to form the Pretty Mean Sisters (P.M.S.). They later formed an alliance with D'Lo Brown and Mark Henry, accompanying them to the ring for a match against Venis and The Godfather in December at Rock Bottom: In Your House. In January, Runnels claimed to have suffered a miscarriage after she was knocked off the ring apron by Brown. Weeks later, Brown discovered that Runnels had never been pregnant. P.M.S. gained a "love slave" named Meat in May, whom Runnels controlled using sex. As a part of the storyline, P.M.S. used Meat for his body, forcing him to have sex with them. The Alliance, however, broke up by July, when Jacqueline Moore became frustrated with Runnels' infatuation with Meat.

In late 1999, Runnels arranged the Terri Invitational Tournament, a best-of-five series, between Edge and Christian and The Hardy Boyz, with the winner receiving her managerial services and the sum of $100,000. The Hardy Boyz won the tournament, which culminated in a ladder match at No Mercy (with the prize money suspended above the ring in a bag). Runnels spent the next few months as their manager until she was injured when Bubba Ray Dudley powerbombed her through a table. She returned on February 27 at No Way Out and cost the Hardy Boyz a match. She then became the manager of Edge and Christian, and the storyline originally called for her to come between the duo, resulting in them becoming singles wrestlers with Runnels managing Christian. The storyline, however, was rewritten, and on an episode of SmackDown!, Edge and Christian—who would now continue wrestling as a tag team—revealed they no longer wanted Runnels's services. She, therefore, slapped Edge, who responded by spearing her.

Runnels began a rivalry with The Kat, and at WrestleMania 2000, Runnels (accompanied by The Fabulous Moolah) defeated The Kat (with Mae Young) in a catfight. Val Venis was the Special Guest Referee, but was distracted when Young kissed him in response to Venis making out with both Runnels and The Kat. This distraction allowed Moolah to pull The Kat out of the ring, and when Venis saw her out of the ring, he declared Runnels the winner. Post-match, The Kat attacked Runnels by stripping her black body suit off to expose her nude colored thong. The rivalry continued in an arm wrestling match at Insurrextion. They later participated in a "Stink Face match" at SummerSlam, which The Kat won by first performing the move on Runnels.

Runnels later became the onscreen girlfriend and manager of Perry Saturn, who was a member of The Radicalz alliance. She accompanied Saturn to the ring at Fully Loaded in July 2000, where Saturn defeated Eddie Guerrero for the European Championship. Saturn, Runnels, and Radicalz member Dean Malenko also had a series of matches with Team Xtreme (The Hardy Boyz and Lita). The on-screen partnership lasted until Saturn, who had hit his head during a match, opted to continue seeing "Moppy" (a mop he believed was alive) instead of Runnels. As a result, she then became the manager of Raven, a member of The Alliance, who stole Saturn's mop and fed it into a woodchipper.

In late-2001, Terri replaced Trish Stratus as the host of the WWF recap program Excess. She briefly feuded with Stratus, resulting in a wet T-shirt contest between the two on Raw. During this time, she also became the backstage interviewer on Raw and began to wrestle occasionally. On May 27, 2002, she briefly held the perpetually contested Hardcore Championship when she pinned a dazed Stevie Richards, though he immediately pinned her to regain the title.

After eight years with the company, in March 2004, Runnels was released from WWE prior to a massive firing spree. In an April 2015 interview with Vince Russo, Runnels stated that she was flown up on April 1, 2004 to the WWE offices for a meeting with WWE executives Kevin Dunn and John Laurinaitis where she was told that they were parting ways with her; the reason she was told that she was flown up was because that the WWE respected her. After leaving the company, Runnels spent time traveling the world.

After leaving the wrestling business, she began working with various charities, including the Make-a-Wish Foundation, Big Brothers Big Sisters of America, Boys & Girls Clubs of America, Children's Miracle Network, and Hermie & Elliott Sadler Foundation and Fit Kids Marathon. In 2008, she began a contest, "Make the World Write", where the contestants wrote about how they would make the world a better place.

Runnels has appeared in three WWE video games. She made her in-game debut at WWF WrestleMania 2000 and appears in WWF No Mercy and WWE Raw 2.

Boatright grew up in Florida. She grew up as a Southern Baptist, but later became non-denominational.

She dated Brian Pillman in 1990 while they were both in WCW. In 1993, she married Dustin Runnels, whom she met while they were both working for WCW, taking his last name as her own. They have a daughter, Dakota, who was born in 1994. Dustin Runnels' strained relationship with his father Dusty Rhodes caused problems in their marriage, and Terri alleges that Dusty spread rumors about her that included infidelity and gold-digging. The couple divorced in 1999 after six years of marriage. Years after the divorce, they were able to have a "better relationship".

She was briefly married again in 2002 to a life coach, whom she met when her mother convinced her to hire him. They dated for two weeks before he proposed; they were married six months later, and the marriage ended two months after that. At the wedding, Ray Traylor (also known as Big Boss Man), her friend and traveling partner, gave her away. In 2003 she began a relationship with Tyree Clowe, a US soldier 15 years her junior. The couple remained together for over 5 years.

Terri began dating former professional wrestler New Jack in 2009. Jack professed his love for her in an interview with host Fat Man After Dark on the Future Endeavors wrestling radio show and described some of the pitfalls, even today, of a mixed race relationship. As of July 2011, the couple is no longer together.

During her tenure in the WWF, Runnels appeared on the show The Weakest Link in 2002 as part of a charity show where all the contestants were WWF personalities. On the show, she played for the Ronald McDonald House charity, which houses parents of hospitalized children for reduced or no cost. Runnels was the fourth contestant voted out of the game.