Rochester ( or ) is a city and the county seat of Monroe County, south of Lake Ontario in the state of New York, in the United States. Known as the Worlds Image Center, it was also once known as the Flour City, and more recently as The Flower City, annually hosting the Lilac Festival.

Rochesters city population according to the 2010 census is approximately 210,565, making it New Yorks third most populous city after New York City and Buffalo. It is at the center of a larger metropolitan area which encompasses and extends beyond Monroe County and includes Genesee County, Livingston County, Ontario County, Orleans County and Wayne County. This area, which is part of the Western New York region, had a population of 1,079,671 people at the time of the 2010 Census. As of July 1, 2012 estimates indicated that this population rose to 1,082,284. Rochester was one of Americas first "boomtowns" and rose to prominence initially as the site of many flour mills located on the Genesee River, then as a major manufacturing hub. Rochester is now an international center of higher education, as well as medical and technological development. The region is known for many acclaimed universities, and several of them (notably the University of Rochester and Rochester Institute of Technology) are nationally renowned for their research programs. In addition, Rochester has been and continues to be the site of many important inventions and innovations in consumer products. The Rochester area is the birthplace to corporations such as Kodak, Bausch & Lomb and Xerox that conduct extensive research and manufacturing in the fields of industrial and consumer products. The Rochester metropolitan area is the second largest regional economy in New York State according to the U.S. Internal Revenue Service, after the New York City metropolitan area.

Rochester was ranked as the "most livable city" among 379 U.S. metropolitan areas in the 25th edition (2007) of the Places Rated Almanac. The Rochester area also received the top ranking for overall quality of life among U.S. metros with populations of more than 1 million in a 2007 study by Expansion Management magazine. In the same study, Expansion Management rated the areas public schools as sixth best nationwide. In 2010 Forbes rated Rochester as the third best place to raise a family. In 2012 Kiplinger rated Rochester as the fifth best city for families, citing low cost of living, top public schools, and a low jobless rate.

Visit rochester az the place to be

Rochester has the least expensive real estate prices of any city in New York; the median house price is $83,186 there, considerably lower than the states median housing price of $306,000. 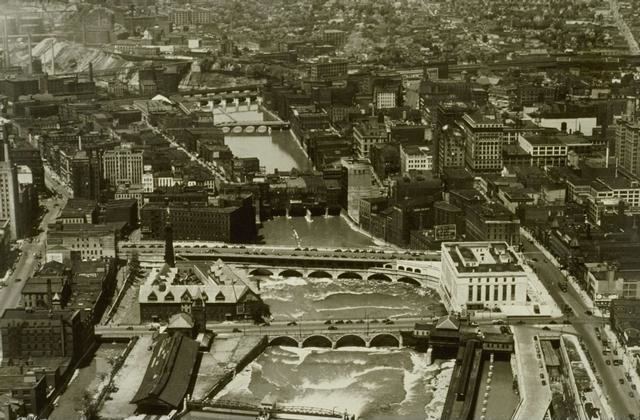 The Seneca tribe of Native Americans lived in the area in and around Rochester until they gave up their claim to most of this land in the Treaty of Big Tree in 1797. Settlement before the Seneca tribe is unknown. 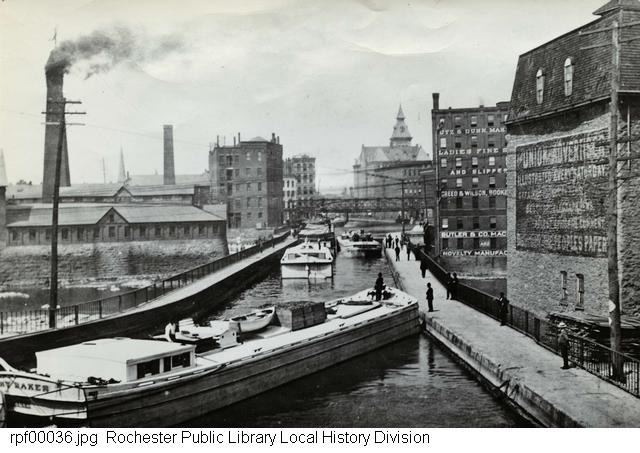 Development of modern Rochester followed the American Revolution, and forced cession of their territory by the Iroquois after the defeat of Great Britain. Allied with the British, four major Iroquois tribes were essentially forced from New York. As a reward for their loyalty to the British Crown, they were given a large land grant on the Grand River in Canada.

Rochester was founded shortly after the American Revolution by a wave English-Puritan descended immigrants from New England who were looking for new agricultural land. They would be the dominant cultural group in Rochester for over a century. On November 8, 1803, Col. Nathaniel Rochester (1752–1831), Maj. Charles Carroll, and Col. William Fitzhugh, Jr. (1761–1839), all of Hagerstown, Maryland, purchased a 100-acre (ca. 40 ha) tract from the state in Western New York along the Genesee River. They chose the site because its three cataracts on the Genesee offered great potential for water power. Beginning in 1811, and with a population of 15, the three founders surveyed the land and laid out streets and tracts. In 1817, the Brown brothers and other landowners joined their lands with the Hundred Acre Tract to form the village of Rochesterville.

By 1821, Rochesterville was the seat of Monroe County. In 1823, Rochesterville consisted of 1,012 acres (4 km2) and 2,500 residents, and the Village of Rochesterville became known as Rochester. Also in 1823, the Erie Canal aqueduct over the Genesee River was completed, and the Erie Canal east to the Hudson River was opened. (In the early 20th century, after the advent of railroads, the presence of the canal in the center city was an obstacle; it was re-routed south of Rochester.) By 1830, Rochesters population was 9,200 and in 1834, it was re-chartered as a city.

Rochester was first known as "the Young Lion of the West", and then as the "Flour City". By 1838, Rochester was the largest flour-producing city in the United States. Having doubled its population in only ten years, Rochester became Americas first "boomtown". Rochester experienced one of the nations biggest revivalist movements, led by Charles Finney.

By the mid-19th century, as the center of the wheat-processing industry moved west with population and agriculture, the city became home to an expanding nursery business, giving rise to the citys second nickname, the "Flower City." Large and small nurseries ringed the city, the most famous of which was started in 1840 by immigrants Georg Ellwanger from Germany and Patrick Barry from Ireland.

In 1847, Frederick Douglass founded the abolitionist newspaper The North Star in Rochester. Douglass, a former slave and an antislavery speaker and writer, gained a circulation of over 4,000 readers in the United States, Europe and the Caribbean. The North Star served as a forum for abolitionist views. The Douglass home burnt down in 1872, but a marker for it can be found in Highland Park off South Avenue. The city was also home to Susan B. Anthony, an abolitionist who became active in the womens rights movement. At the end of the 19th century, anarchist Emma Goldman lived and worked in Rochester for several years, where she championed the cause of labor in Rochester sweatshops. Rochester was also home to significant unrest in labor, race, and antiwar protests.

After the Civil War, Rochester had an expansion of new industries in the late 19th century, founded by migrants to the city, such as inventor and entrepreneur George Eastman, who founded Eastman Kodak; and German immigrants John Jacob Bausch and Henry Lomb, who combined technical and financial expertise to launch Bausch & Lomb in 1861. Not only did they create new industries and thousands of jobs, but Eastman became a major philanthropist, developing and endowing the University of Rochester, its Eastman School of Music and other local institutions.

In the early 20th century, Rochester became a center of the garment industry, particularly mens fashions. It was the base of enterprises such as Bond Clothing Stores, Fashion Park Clothes, Hickey Freeman, and Stein-Bloch & Co. The carriage maker James Cunningham and Sons founded a pioneer automobile company - Cunningham.

Rochesters geography was formed by the ice sheets during the Pleistocene epoch. The retreating ice sheets reached a standstill at what is now the southern border of the city, melting at the same rate as they were advancing, depositing sediment along the southern edge of the ice mass. This created a line of hills, including (from west to east) Mt. Hope, the hills of Highland Park, Pinnacle Hill, and Cobbs Hill. Because the sediment of these hills was deposited into a proglacial lake, they are stratified and classified as a "kame delta". A brief retreat and readvance of the ice sheet onto the delta deposited unstratified material there, creating a rare hybrid structure called a "kame moraine".

The ice sheets also created Lake Ontario (one of the five fresh-water Great Lakes), the Genesee River with its waterfalls and gorges, Irondequoit Bay, Sodus Bay, Braddock Bay, Mendon Ponds, numerous local streams and ponds, the Ridge, and the nearby Finger Lakes.

According to the City of Rochester, the city has 537 miles (864 km) of public streets, 585 miles (941 km) of water mains, 44 vehicular and eight pedestrian bridges, 11 public libraries, two police stations (one for the east side, one for the west), and 15 firehouses. The principal source of water is Hemlock Lake, which, with its watershed, is owned by the state of New York. Other water sources include Canadice Lake and Lake Ontario. The 30-year annual average snowfall is just above 100 in (2.5 m). The monthly daily average ranges from 24.7 °F (?4.1 °C) in January to 70.8 °F (21.6 °C) in July. The high amount of snow that Rochester receives can be accounted for by the citys proximity to Lake Ontario (see lake effect).

Rochester lies in the humid continental climate zone (Koppen Dfb) and has four distinct seasons, with cold and snowy winters; temperatures drop to 0 °F (?18 °C) on 4.2 nights annually. Autumn features brilliant foliage colors, and summer sees generally comfortable temperatures that usually stay in the range of 80 to 85 °F (27 to 29 °C) accompanied by moderate to high humidity; there are only 6.9 days annually of highs more than 90 °F (32 °C). Precipitation is plentiful year round.

Rochester is home to a number of Fortune 1000 and international businesses, including Eastman Kodak, as well as several national and regional companies, such as Carestream Health. Xerox was founded in Rochester in 1906 as The Haloid Company, and retains a significant presence in Rochester, although its headquarters are now located in Norwalk, Connecticut. Bausch & Lomb moved to Bridgewater, New Jersey in 2014. The Gannett newspaper company and Western Union were founded in Rochester by Frank Gannett and Hiram Sibley respectively but have since moved to other cities. 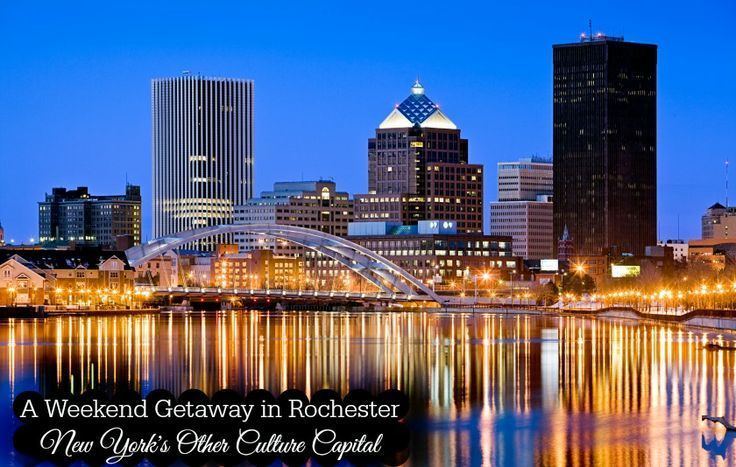 The East End Theater is located on East Main Street in the theater district. The Rochester Association of Performing Arts is a non-profit organization that provides educational theater classes to the community.

One food product that Rochester calls its own is the "white hot", a variant of the hot dog or smoked bratwurst made by the local Zweigles company and other companies. Another local specialty is the "Garbage Plate," a trademark of Nick Tahou Hots that traditionally includes home fries, mac salad, meat sauce, onions, mustard and choice of hot dog or hamburger. Many area restaurants feature copies or variations with the word "plate" commonly used as a general term. Rochester was home to Frenchs Mustard, whose address was 1 Mustard Street. 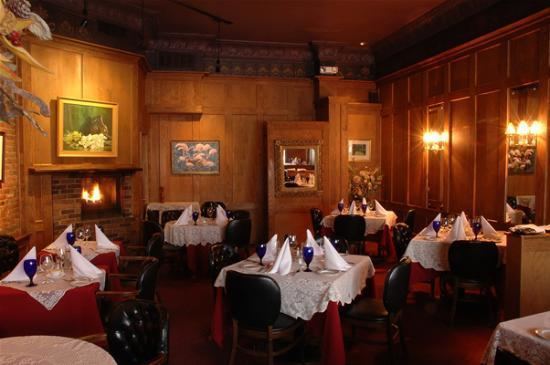 The Ragu brand of pasta sauce used to be produced in Rochester. Some of the original facility still exists and produces products for other labels (including Newmans Own) as Private Label Foods. 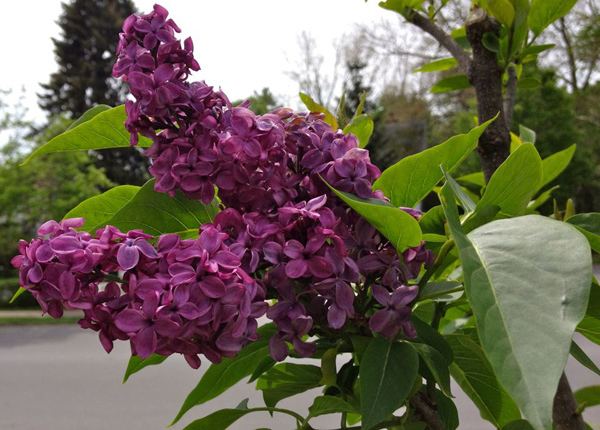 Rochester hosts a number of cultural festivals every year. While there are events that occur during the winter, Rochesters main festival season begins in the spring and carries on throughout the summer. Events of note include: