Ontario is one of the ten provinces of Canada, located in east-central Canada. It is Canadas most populous province by a large margin, accounting for nearly 40 percent of all Canadians, and is the second largest province in total area. Ontario is fourth largest in total area when the territories of the Northwest Territories and Nunavut are included. It is home to the nations capital city, Ottawa, and the nations most populous city, Toronto.

Ontario is bordered by the province of Manitoba to the west, Hudson Bay and James Bay to the north, and Quebec to the east, and to the south by the U.S. states of Minnesota, Michigan, New York, Ohio and Pennsylvania. All but a small part of Ontarios 2,700 km (1,678 mi) border with the United States follows inland waterways: from the west at Lake of the Woods, eastward along the major rivers and lakes of the Great Lakes/Saint Lawrence River drainage system. These are the Rainy River, the Pigeon River, Lake Superior, the St. Marys River, Lake Huron, the St. Clair River, Lake St. Clair, the Detroit River, Lake Erie, the Niagara River, Lake Ontario and along the St. Lawrence River from Kingston, Ontario, to the Quebec boundary just east of Cornwall, Ontario.

Ontario is sometimes conceptually divided into two regions, Northern Ontario and Southern Ontario. The great majority of Ontarios population and its arable land is located in the south. In contrast, the larger, northern part of Ontario is sparsely populated. 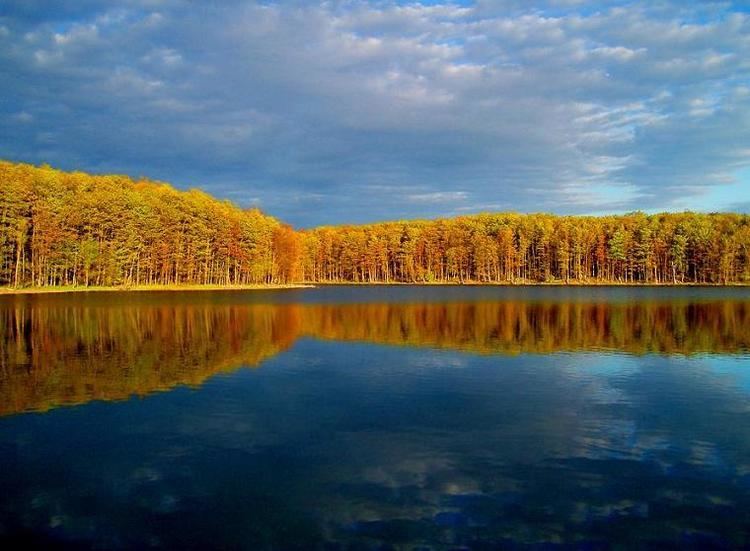 Despite the absence of any mountainous terrain in the province, there are large areas of uplands, particularly within the Canadian Shield which traverses the province from northwest to southeast and also above the Niagara Escarpment which crosses the south. The highest point is Ishpatina Ridge at 693 metres (2,274 ft) above sea level located in Temagami, Northeastern Ontario. In the south, elevations of over 500 m (1,640.42 ft) are surpassed near Collingwood, above the Blue Mountains in the Dundalk Highlands and in hilltops near the Madawaska River in Renfrew County.

The Carolinian forest zone covers most of the southwestern region of the province. The temperate and fertile Great Lakes-Saint Lawrence Valley in the south is part of the Eastern Great Lakes lowland forests ecoregion where the forest has now been largely replaced by agriculture, industrial and urban development. A well-known geographic feature is Niagara Falls, part of the Niagara Escarpment. The Saint Lawrence Seaway allows navigation to and from the Atlantic Ocean as far inland as Thunder Bay in Northwestern Ontario. Northern Ontario occupies roughly 87 percent of the surface area of the province; conversely Southern Ontario contains 94 percent of the population.

Point Pelee is a peninsula of Lake Erie in southwestern Ontario (near Windsor and Detroit, Michigan) that is the southernmost extent of Canadas mainland. Pelee Island and Middle Island in Lake Erie extend slightly farther. All are south of 42°N – slightly farther south than the northern border of California. 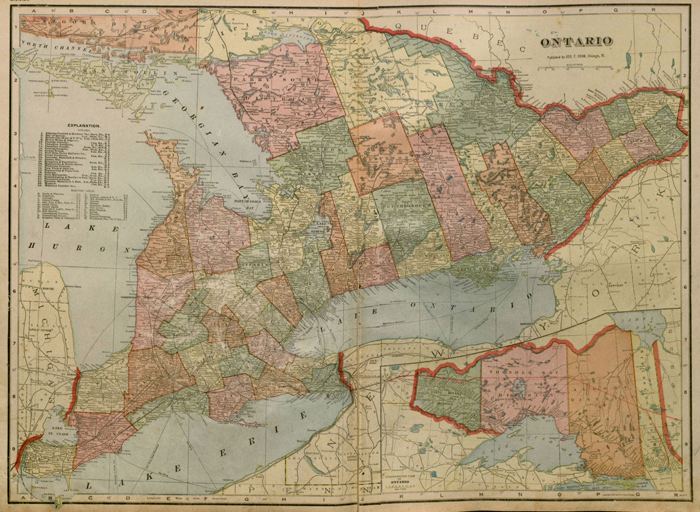 Land was not legally subdivided into administrative units until a treaty had been concluded with the Aboriginal people ceding the land. In 1788, while part of the Province of Quebec (1763–1791), southern Ontario was divided into four districts: Hesse, Lunenburg, Mecklenburg, and Nassau. 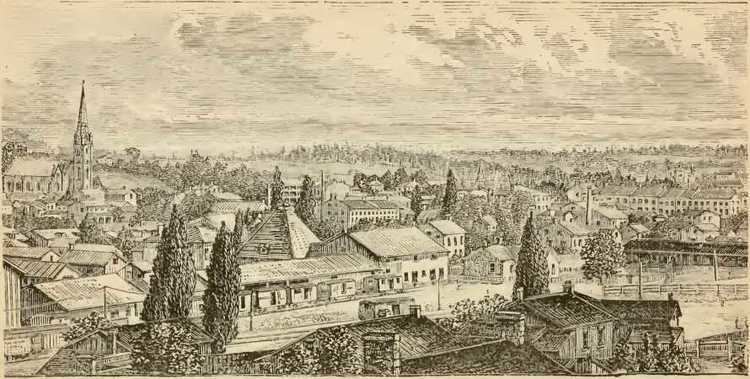 The borders of Ontario, its new name in 1867, were provisionally expanded north and west. When the Province of Canada was formed, its borders were not entirely clear, and Ontario claimed eventually to reach all the way to the Rocky Mountains and Arctic Ocean. With Canadas acquisition of Ruperts Land, Ontario was interested in clearly defining its borders, especially since some of the new areas in which it was interested were rapidly growing. After the federal government asked Ontario to pay for construction in the new disputed area, the province asked for an elaboration on its limits, and its boundary was moved north to the 51st parallel north.

The northern and western boundaries of Ontario were in dispute after Canadian Confederation. Ontarios right to Northwestern Ontario was determined by the Judicial Committee of the Privy Council in 1884 and confirmed by the Canada (Ontario Boundary) Act, 1889 of the Parliament of the United Kingdom. By 1899, there were seven northern districts: Algoma, Manitoulin, Muskoka, Nipissing, Parry Sound, Rainy River, and Thunder Bay. Four more northern districts were created between 1907 and 1912: Cochrane, Kenora, Sudbury and Timiskaming.

Ontario is Canadas leading manufacturing province, accounting for 52% of the total national manufacturing shipments in 2004. Ontarios largest trading partner is the American state of Michigan. In April 2012, Moodys bond rating agency rated Ontario debt at AA2/stable, while S&P rated it AA-. Dominion Bond Rating Service rated it AA(low) in January 2013. Long known as a bastion of Canadian manufacturing and financial solvency, the debt owned by the province of Ontario superseded one-quarter of a trillion dollars (CDN) in 2013-2014. Although there are many factors attributed to this increase in debt load. Mismanagement of public funds has played a major role in this. 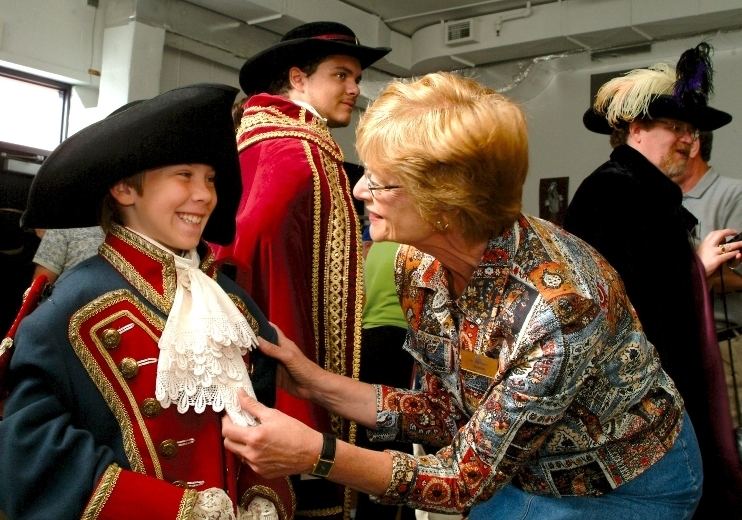 In 1973 the first slogan to appear on licence plates in Ontario was "Keep It Beautiful". This was replaced by "Yours to Discover" in 1982, apparently inspired by a tourism slogan, "Discover Ontario," dating back to 1927. Plates with the French equivalent, "Tant à découvrir", were made available to the public beginning in May 2008. (From 1988 to 1990, "Ontario Incredible" gave "Yours to Discover" a brief respite.)

In 2007, a new song replaced "A Place to Stand" after four decades. "Theres No Place Like This" is featured in current television advertising, performed by Ontario artists including Molly Johnson, Brian Byrne, Keshia Chanté, as well as Tomi Swick and Arkells .