Rhodes (Greek: , Rodos ) is the largest of the Dodecanese islands in terms of land area and also the island groups historical capital. Administratively the island forms a separate municipality within the Rhodes regional unit, which is part of the South Aegean region. The principal town of the island and seat of the municipality is Rhodes. The city of Rhodes had 50,636 inhabitants in 2011. It is located northeast of Crete, southeast of Athens and just off the Anatolian coast of Turkey. Rhodes nickname is The island of the Knights, named after the Knights of Saint John of Jerusalem, who once conquered the land.

Historically, Rhodes was famous worldwide for the Colossus of Rhodes, one of the Seven Wonders of the Ancient World. The Medieval Old Town of the City of Rhodes has been declared a World Heritage Site. Today, it is one of the most popular tourist destinations in Europe.

The Travels of Sir John Mandeville incorrectly reports that Rhodes was formerly called "Collosus", through a conflation of the Colossus of Rhodes and Pauls Epistle to the Colossians, which refers to Colossae.

The island of Rhodes is shaped like a spearhead, 79.7 km (49.5 mi) long and 38 km (24 mi) wide, with a total area of approximately 1,400 square kilometres (541 sq mi) and a coastline of approximately 220 km (137 mi). The city of Rhodes is located at the northern tip of the island, as well as the site of the ancient and modern commercial harbours. The main air gateway (Diagoras International Airport, IATA code: RHO) is located 14 km (9 mi) to the southwest of the city in Paradisi. The road network radiates from the city along the east and west coasts. 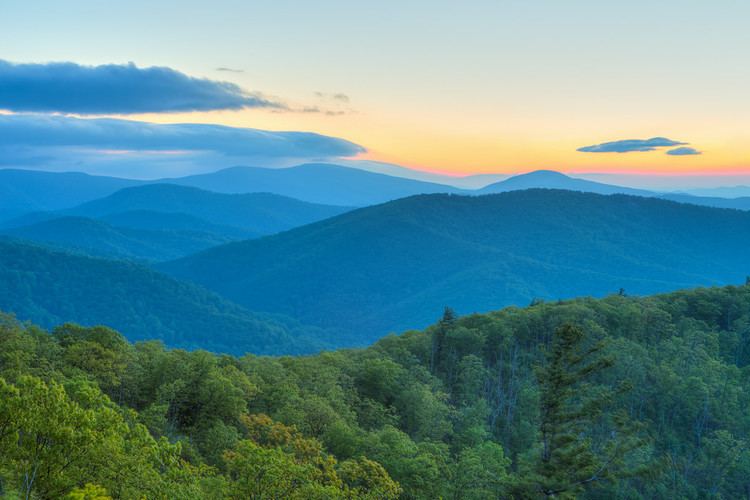 Outside of the city of Rhodes, the island is dotted with small villages and spa resorts, among them Faliraki, Lindos, Kremasti, Haraki, Pefkos, Archangelos, Afantou, Ixia, Koskinou, Embona (Attavyros), Paradisi, and Trianta (Ialysos). There are mineral-rich spring water (and sometimes sea water) used to give medicinal baths and the spa resorts offer various health treatments, which are also known as balneotherapy.

The island was inhabited in the Neolithic period, although little remains of this culture. In the 16th century BC, the Minoans came to Rhodes. Later Greek mythology recalled a Rhodian race called the Telchines and associated the island of Rhodes with Danaus; it was sometimes nicknamed Telchinis. In the 15th century BC, Mycenaean Greeks invaded. After the Bronze Age collapse, the first renewed outside contacts were with Cyprus. In the 8th century BC, the islands settlements started to form, with the coming of the Dorians, who built the three important cities of Lindos, Ialyssos and Kameiros, which together with Kos, Cnidus and Halicarnassus (on the mainland) made up the so-called Dorian Hexapolis (Greek for six cities). 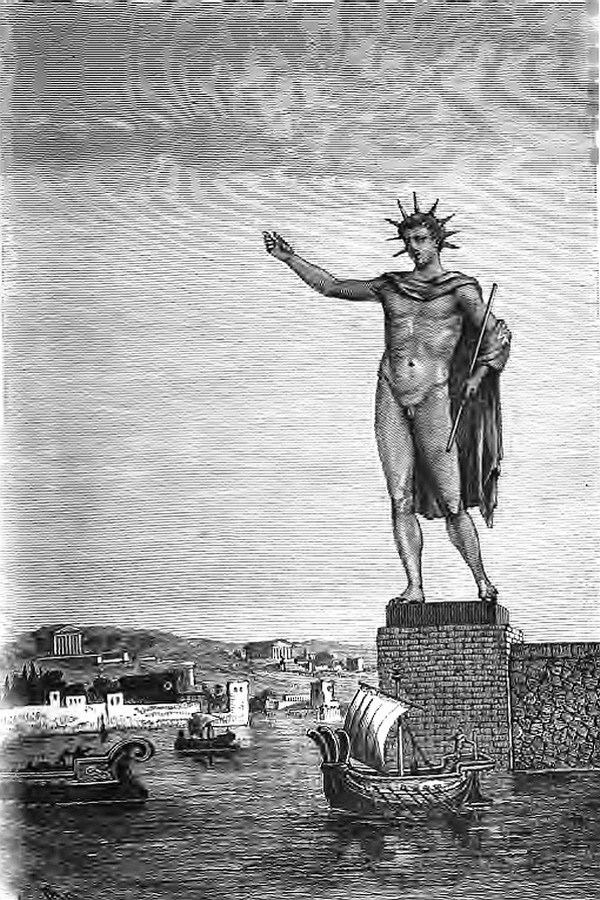 In Pindars ode, the island was said to be born of the union of Helios the sun god and the nymph Rhode, and the cities were named for their three sons. The rhoda is a pink hibiscus native to the island. Diodorus Siculus added that Actis, one of the sons of Helios and Rhode, travelled to Egypt. He built the city of Heliopolis and taught the Egyptians the science of astrology.

Homer mentions that Rhodes participated in the Trojan War under the leadership of Tlepolemus.

In the second half of the 8th century, the sanctuary of Athena received votive gifts that are markers for cultural contacts: small ivories from the Near East and bronze objects from Syria. At Kameiros on the northwest coast, a former Bronze Age site, where the temple was founded in the 8th century, there is another notable contemporaneous sequence of carved ivory figurines. The cemeteries of Kameiros and Ialyssos yielded several exquisite exemplars of the Orientalizing Rhodian jewellery, dated in the 7th and early 6th centuries BC. Phoenician presence on the island at Ialysos is attested in traditions recorded much later by Rhodian historians.

The Persians invaded and overran the island, but they were in turn defeated by forces from Athens in 478 BC. The cities joined the Athenian League. When the Peloponnesian War broke out in 431 BC, Rhodes remained largely neutral, although it remained a member of the League. The war lasted until 404 BC, but by this time Rhodes had withdrawn entirely from the conflict and decided to go her own way.

In 408 BC, the cities united to form one territory. They built the city of Rhodes, a new capital on the northern end of the island. Its regular plan was, according to Strabo, superintended by the Athenian architect Hippodamus. The Peloponnesian War had so weakened the entire Greek culture that it lay open to invasion. In 357 BC, the island was conquered by the king Mausolus of Caria, then it fell to the Persians in 340 BC. Their rule was also short. Rhodes then became a part of the growing empire of Alexander the Great in 332 BC, after he defeated the Persians.

Following the death of Alexander, his generals vied for control of the kingdom. Three: Ptolemy, Seleucus, and Antigonus, succeeded in dividing the kingdom among themselves. Rhodes formed strong commercial and cultural ties with the Ptolemies in Alexandria, and together formed the Rhodo-Egyptian alliance that controlled trade throughout the Aegean in the third century BC.

The city developed into a maritime, commercial and cultural center; its coins circulated nearly everywhere in the Mediterranean. Its famous schools of philosophy, science, literature and rhetoric shared masters with Alexandria: the Athenian rhetorician Aeschines, who formed a school at Rhodes; Apollonius of Rhodes; the observations and works of the astronomers Hipparchus and Geminus, the rhetorician Dionysios Trax. Its school of sculptors developed, under Pergamese influence a rich, dramatic style that can be characterized as "Hellenistic Baroque". Agesander of Rhodes, with two other Rhodian sculptors, carved the famous Laocoon group in the Vatican Museums, and the large sculptures rediscovered at Sperlonga in the villa of Tiberius, probably in the early Imperial period.

In 305 BC, Antigonus directed his son, Demetrius, to besiege Rhodes in an attempt to break its alliance with Egypt. Demetrius created huge siege engines, including a 180 ft (55 m) battering ram and a siege tower named Helepolis that weighed 360,000 pounds (163,293 kg). Despite this engagement, in 304 BC after only one year, he relented and signed a peace agreement, leaving behind a huge store of military equipment. The Rhodians sold the equipment and used the money to erect a statue of their sun god, Helios, the statue since called the Colossus of Rhodes.

Throughout the third century BC, Rhodes attempted to secure her independence and her commerce, most especially her virtual control over the grain trade in the eastern Mediterranean. Both of these goals were dependent upon no one of the three great Hellenistic states achieving dominance, and consequently the Rhodians pursued a policy of maintaining a balance of power among the Antigonids, Seleucids and Ptolemies, even if that meant going to war with her traditional ally, Egypt. To this end they employed as leverage their economy and their excellent navy, which was manned by proverbially the finest sailors in the Mediterranean world:"If we have ten Rhodians, we have ten ships."

Rhodes successfully carried on this policy through the course of the third century BC, an impressive achievement for what was essentially a democratic state. By the end of that period, however, the balance of power was crumbling, as declining Ptolemaic power made Egypt an attractive target for Seleucid ambitions. In 203/2 BC the young and dynamic kings of Antigonid Macedon and Seleucid Asia, Philip V and Antiochus III, agreed to accept – at least temporarily - one another’s military plans, Philip’s campaign in the Aegean and western Anatolia and Antiochus’ final solution of the Egyptian question. Heading a coalition of small states that checked Philip’s navy but not his superior army and now without a third power to which to turn, the Rhodians appealed in 201 BC to the newest world power, Rome.

Despite being exhausted by the titanic struggle against Hannibal (218-201 BC) the Romans agreed to intervene, having already been stabbed in the back by Philip during the war against Carthage. The Senate saw the appeal from Rhodes and her allies as the opportunity to pressure Philip. The result was the Second Macedonian War (200-196 BC), which ended Macedon’s role as a major player and preserved Rhodian independence.

The Romans actually withdrew from the Balkan Peninsula, but the resulting power vacuum quickly drew in Antiochus and subsequently the Romans, who easily polished off (192-188 BC) the last Mediterranean power that might even vaguely threaten the city on the Tiber. Having provided Rome with valuable naval help in her first foray into Asia, the Rhodians were rewarded with territory and enhanced status. The Romans once again evacuated the east – the Senate preferred clients to provinces – but it was clear that Rome now ruled the world and Rhodian autonomy was ultimately dependent upon good relations with them.

And those good graces soon evaporated in the wake of the Third Macedonian War (171-168 BC). In 169 BC, during the war against Perseus, Rhodes sent Agepolis as ambassador to the consul Quintus Marcius Philippus, and then to Rome in the following year, hoping to turn the Senate against the war. Rhodes remained scrupulously neutral during the war, but in the view of hostile elements in the Senate she had been a bit too friendly with the defeated King Perseus. Some actually proposed declaring war on the island republic, but this was averted. In 164, Rhodes became a permanent ally of Rome, ending an independence that no longer had any meaning. It was said that the Romans ultimately turned against the Rhodians because the islanders were the only people they had encountered who were more arrogant than themselves.

After surrendering its independence Rhodes became a cultural and educational center for Roman noble families and was especially noted for its teachers of rhetoric, such as Hermagoras and the unknown author of Rhetorica ad Herennium. At first, the state was an important ally of Rome and enjoyed numerous privileges, but these were later lost in various machinations of Roman politics. Cassius eventually invaded the island and sacked the city. In the early Empire Rhodes became a favorite place for political exiles.

In the 1st century AD, the Emperor Tiberius spent a brief term of exile on Rhodes. Saint Paul brought Christianity to people on the island. Rhodes reached her zenith in the 3rd century.

The economy is tourist-oriented, and the most developed sector is service. Tourism has elevated Rhodes economically, compared to the rest of Greece. 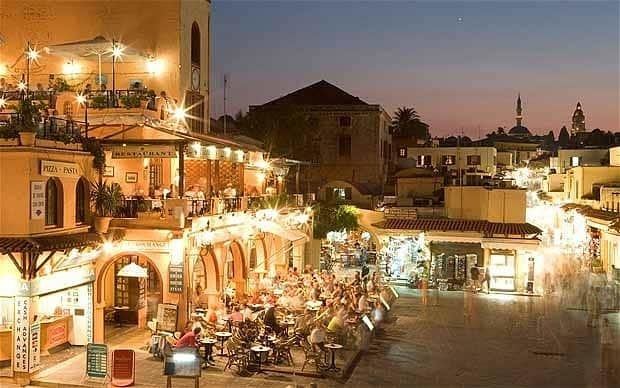 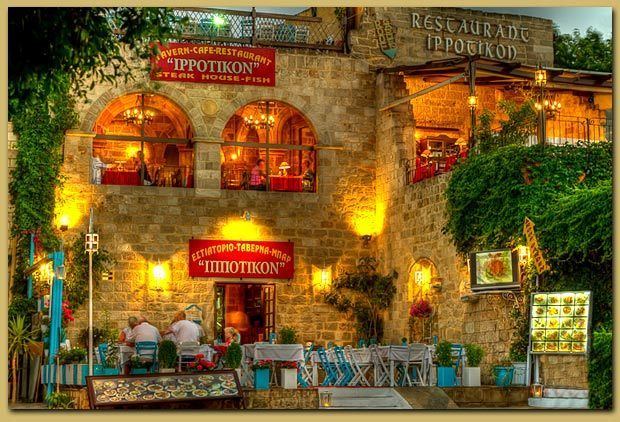