Private-school student Christine (Phoebe Cates) loves Jim (Matthew Modine). But her classmate, Jordan (Betsy Russell), is also vying for Jims attention and trying to end his relationship with Christine. Meanwhile, Jims friend Bubba (Michael Zorek) embarks on a series of sexual escapades, including dressing up as a woman to access the girls locker room. Despite Jim and Christines efforts to spend some time alone, various shenanigans and schemes interfere. 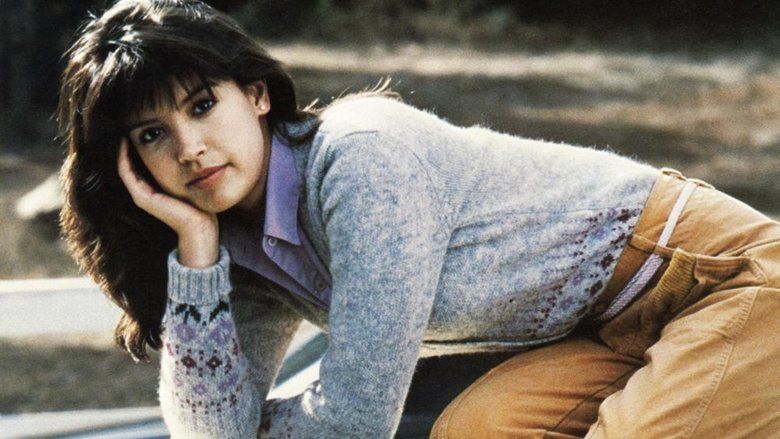 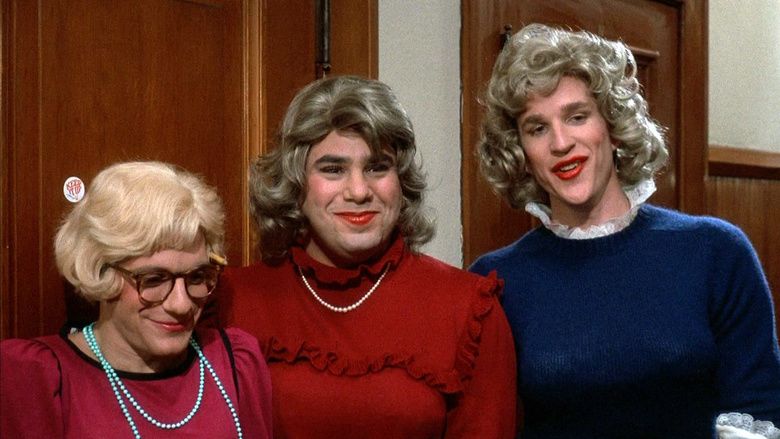 Private-school student Christine loves Jim. But her classmate, Jordan, is also vying for Jim's attention and trying to end his relationship with Christine. Meanwhile, Jim's friend Bubba embarks on a series of sexual escapades, including dressing up as a woman to access the girls' locker room. Despite Jim and Christine's efforts to spend some time alone, various shenanigans and schemes interfere. 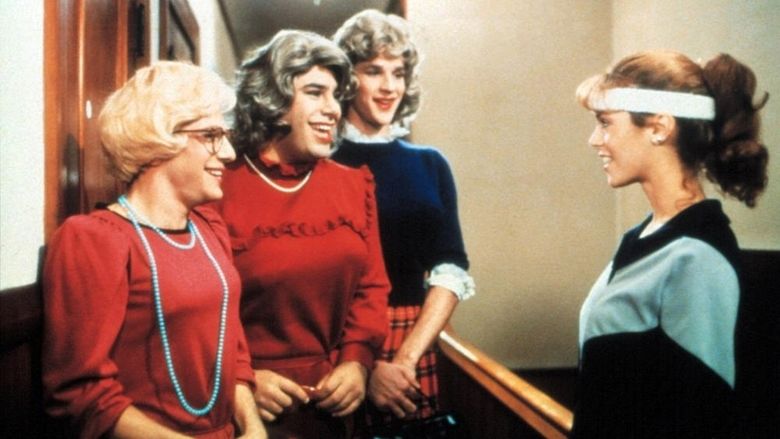 Christine "Chris" Ramsey (Phoebe Cates) lies in bed narrating a trashy romance novel to Betsy (Kathleen Wilhoite), her roommate at the Cherryvale Academy for Girls. Meanwhile, three students of the nearby Freemount Academy for Men, including Jim Green (Matthew Modine) and his overweight, slobbish friend Bubba (Michael Zorek), sneak into Cherryvale to peek on the girls. Jordan Leigh-Jenson (Betsy Russell), showering at the time, sees that the boys are peering at her and enlists Chris and Betsys help to drive them away; the three boys fall off the side of the building. In response to being disturbed, the roommates light a bag of feces on fire and put it in front of Jordans door. 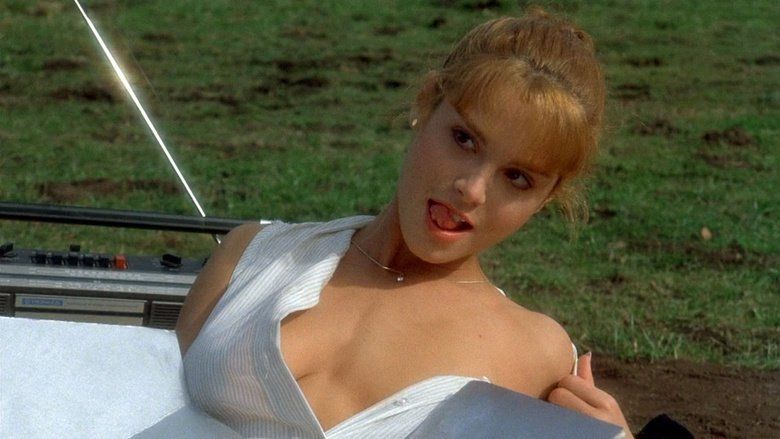 About a week later, at a co-ed dance, Chris reveals that Jim is her boyfriend; as the couple are dancing, Chris tells Jim that shes decided she wants to surrender her virginity to him. After a speech by headmistress Miss Dutchbok (Fran Ryan), the band plays a slow song while Jordan dances alone and conspires against Chris. Bubba, sporting an erection from Miss Dutchboks speech, sneaks off to the headmistress office with Betsy to drink and have sex; however, the two are caught in the act by the headmistress and her friends. The following day, after morning aerobics, Chris books a hotel for herself and Jim. 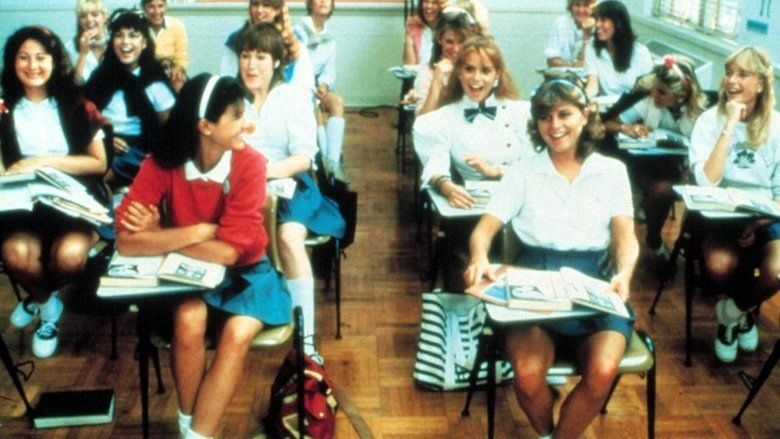 After another period of time, students of the two schools are horseriding together. Jordan trots past where Chris and Jim are talking and flashes her breasts at Jim. In revenge, Betsy steals Jordans shirt, forcing the latter to horseride nude in front of the headmistress et alumni. That weekend, Jim goes to buy condoms but is distracted by the pharmacist (Martin Mull in an uncredited role) and ends up buying dental hygiene products; when Chris goes to buy the protection herself, she is distracted and eventually seen by Miss Dutchbok. 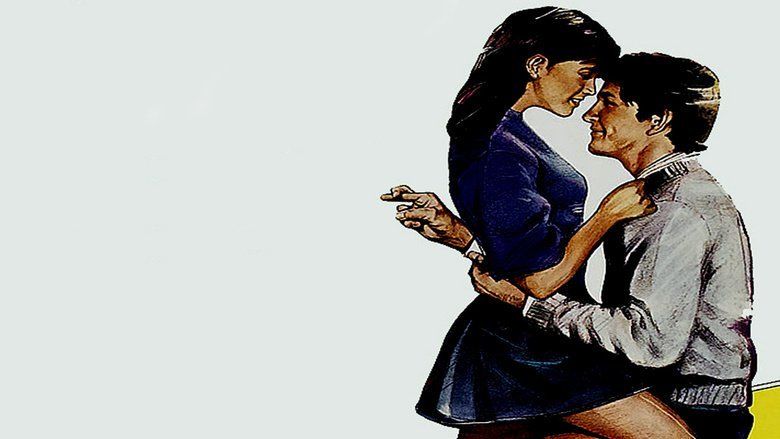 After a time in the arcade where Jim is forced to speak romantically over the phone to Chris by his friends, Jordan swears greater revenge. The following day, Jim, Bubba, and another friend dress as women in order to sneak into the girls shower room. Jim is caught by Jordan, who arouses him with a cold bottle and forces him to give her a massage. Meanwhile, Bubba meets up with Betsy for a tryst but leaves before they have sex. As Bubba is exiting the building through the ledge of Betsys bathroom, he witnesses Jim massaging Jordan. When he is startled by Betsy, he falls off the ledge. Meanwhile, after Jim confesses to Jordan that he is in fact really a boy (which was already known to Jordan), she pretends to scream and kicks him out of the room, leading to Chris finding out about their indiscretion. Chris storms out of the building, heartbroken.

After several weeks of unsuccessfully trying to get Chris back, during parent visitation day Jim asks for the help of her father. After he and Betsy tell Chris to take Jim back, she does; Chris and Jim then leave for the hotel. After failing to have sex during the night because Chris finds the hotel too kitschy as well as getting sick from the room service food, they have sex on the beach in the morning. 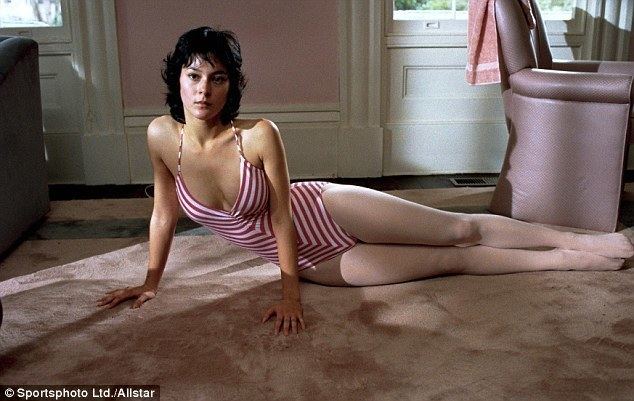 Meanwhile, Jordans father (Frank Aletter) has sex with her new stepmother while the chauffeur Chauncey (Ray Walston) listens in. Not long afterwards, Miss Dutchbok, who has mistaken Chauncey for Mr. Leigh-Jenson (Jordans father), has sex with him in the back of Leigh-Jensons car. Bubba and Betsy, looking to have another tryst, climb into the front seat and turn on the loudspeakers, ensuring that the chauffeur and Ms. Dutchbooks indiscretion are known by everyone present at the program. Upon realizing what Bubba has done, Miss Dutchbok lunges at him, eventually resulting in the car going into the pool. Afterwards, Bubba begins hitting on Jordan, eventually leading to Jordan paying him a midnight visit; when Betsy catches them together, she is apoplectic. The film ends with graduation day, where the graduating girls moon the camera.

Private School was initiated in the wake of the surprise success of Private Lessons in 1980; Universal, who had licensed home video and cable TV rights to the independently produced comedy, financed this follow-up project. Though not a direct sequel to the previous film, it retained multiple parties from it, including R. Ben Efraim as producer, Dan Greenberg as screenwriter (along with his then-wife Suzanne OMalley), and star Sylvia Kristel, who played a cameo as a new character. Don Enright, the son of Private Lessons co-producer Dan Enright, was a co-producer on the film. It was directed by Noel Black, who had found success in 1968 with the thriller Pretty Poison. Phoebe Cates, star of the 1982 hit Fast Times at Ridgemont High, was cast in the lead role, while Betsy Russell was cast in a supporting role.

Private School was released on July 29, 1983. Janet Maslin, writing for The New York Times, gave the film a negative review; she wrote that the film seemed to indicate the makers understanding of film business, that sex comedies "usually make money, no matter how sleazy or derivative they happen to be".

Jeremy Wheeler wrote a mixed review of the film for Rovi in the late 2000s, arguing that although most of the jokes "fell short", Private School was "good for a few shocks along the way".

Roger Ebert with the Chicago Sun-Times gave the film two stars out of four, writing that the "smarmy-minded movie" was "much better than average" teen-oriented sex comedies but reflected a trend of "anti-woman" films in the genre.