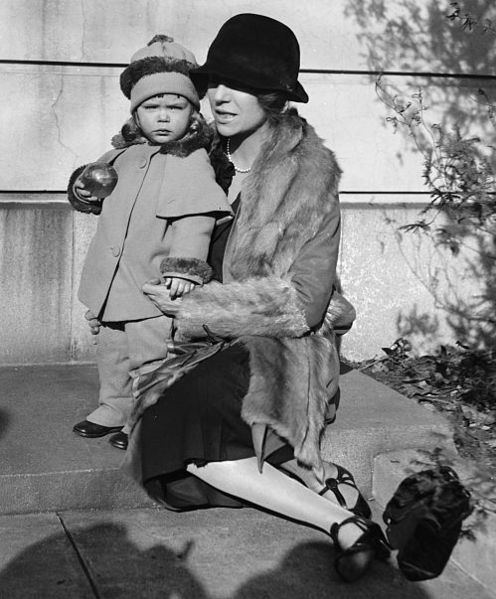 Paulina's mother Alice was seen as a great beauty in her youth, and was a celebrity closely followed by the press, particularly when she was part of a diplomatic tour of Asia led by Secretary of War William Howard Taft and other officials. Her White House wedding in 1906 was considered a huge event at the time. 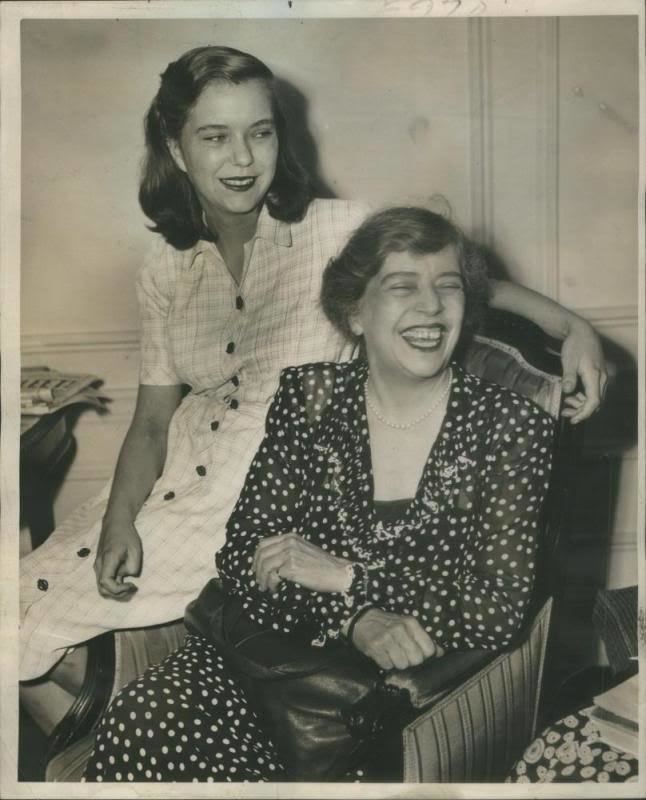 Paulina endured melancholy throughout her life. She had a complex relationship with her famous mother who was overbearing and belittling to her, while at the same time unavailable for emotional and physical comfort. Paulina was widowed at 26 and died of a pill overdose at the age of 31 in 1957. 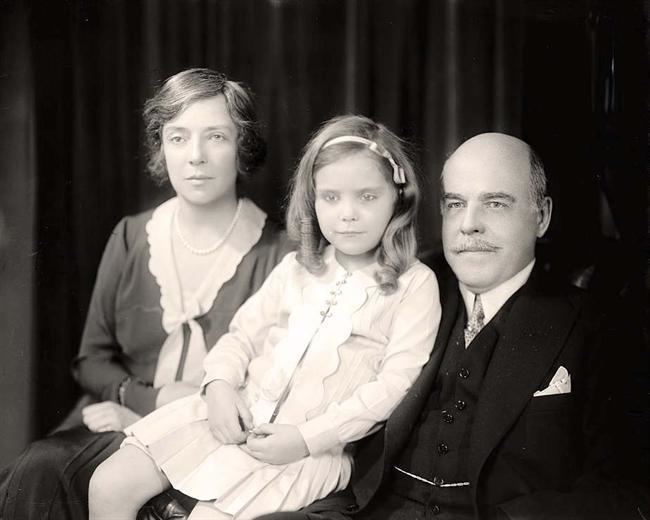 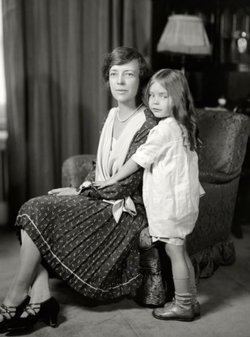 Paulina's legal father was House Speaker Nicholas Longworth (Republican-Ohio) (an influential party leader and 43rd Speaker of the U.S. House of Representatives (1925–1931) who had married Alice Lee Roosevelt almost 20 years earlier. (Longworth was popular on both sides of the aisle during his six years as Speaker, and the Longworth House Office Building on Capitol Hill is named after him).

The marriage was shaky, with both partners having affairs, and Paulina's birth (her name was pronounced "Pole-eena") was the result of Alice's affair with Senator William Edgar Borah of Idaho, who was chairman of the (Foreign Relations Committee). Nicholas Longworth loved Paulina and doted on her, and it was not easy for her when he died when she was six years old.

Paulina was brought up by a strict nanny who did not show affection. Her mother Alice Lee Roosevelt had a notoriously rocky relationship with her step-mother, Edith Kermit Carow, and once a mother herself, the nurturing instinct did not seem to materialize. Alice was competitive with her daughter and would insist on homely clothes for Paulina, as if she were a sibling rival – while at the same time desiring for Paulina to become an extroverted socialite like herself.

Katharine Graham, who was eight years older than Paulina, recalled her "as a rather sad girl, not terribly prepossessing and sort of pale and not done up." "Paulina's..... appearance resulted not so much from physical factors – other friends recalled her unusually beautiful green eyes: widely-spaced, slanted, and set in black lashes – as from emotional ones: a crippling lack of self confidence”. And despite Paulina's despondency, other qualities still seemed to get through. She was described as "a really very nice person", and later when she had a child, as a loving mother.

In this complex relationship with her mother, Paulina developed a stutter, which seemed to get worse around Alice, who viewed the stuttering as irritating. Paulina's true personality sometimes surfaced when the conditions were right and she felt safe to express herself. With extended time away from her mother, Paulina had begun to open up at the Madeira School, which she attended from 1938 to 1942. In one anecdote of her time at Madeira (late the night before graduation in 1942), Paulina – clad in pajamas – demonstrated for the other girls in their dorm hallway her grandfather, Theodore Roosevelt's famous charge up San Juan Hill, to the amusement of everyone except the teacher in charge of the floor.

Later while attending Vassar College, Paulina retreated inward again, and her inhibitions returned. One thing that seemed to concern her was how to cope with the issue of boyfriends and marriage; which "were necessary were she to escape her mother". Paulina left Vassar after only a year. "Paulina was miserable living at home with her mother, and her shyness and stuttering returned in full force."

In 1944, Paulina met Alexander McCormick Sturm, an artist who had a few books published and a recent Yale graduate from a prominent family. They married on August 26, 1944, when Paulina was nineteen. Sturm did not care for the "high-powered establishment types" that had frequented his own wealthy mother's salon. Consequently, he "was not in awe" of Paulina's mother, Alice. "One of the real reasons that Paulina was attracted to [Sturm] was that she recognized that he could protect her against her mother." Sturm would "stand up to her mother.”

Sturm co-founded Sturm, Ruger & Co., a well-known American firearms company, in 1949. He provided the Germanic heraldic-based eagle logo for the company as well as $50,000 to start the company based on Bill Ruger's vision and gunmanship. "Paulina had personally helped launch Sturm, Ruger & Co., stuffing envelopes with Alex on Sunday afternoons, and giving moral support to the two partners. She had a faith in Bill Ruger's vision."

The couple lived at Alex Sturm's home in Westport, Connecticut, which was situated on property near his parent's house. They had a daughter, Joanna Mercedes Alessandra Sturm in July 1946. Paulina has been described being a "devoted mother" who adored Joanna. Then tragedy struck. Alexander Sturm was hospitalized with viral hepatitis and died ten days later on November 13, 1951 at the age of 28. Losing her husband and protector plunged Paulina deeper into depression and dependency on alcohol and sleeping pills, and she also turned to religion, converting to Catholicism. In 1952, she joined Dorothy Day's Chrystie Street hospitality house on New York's Lower East Side. She also volunteered at several Washington, D.C. hospitals.

On January 27, 1957, Paulina died of an overdose of sleeping pills. Vice President Richard Nixon was a pallbearer at her funeral. Upon Paulina's death, Alice's cousin, Eleanor Roosevelt sent a letter of condolence to Alice and the two women reconciled.

There had been what appeared to be previous suicide attempts. And despite caring about her daughter, the gravity of the depression that Paulina experienced was its own driver. Her friends saw Paulina as suffering "from a kind of psychic exhaustion": as one of her friends explained, "She had gone through the motions of living, and I think it was not a pleasurable process for her."

Upon Paulina's death, Alice sought to raise Joanna. While things were not smooth at first due to Alice and Paulina's relationship, eventually Joanna did live with Alice and the two ended up becoming very close.

Paulina Longworth is buried in Rock Creek Cemetery in Washington.