The city is known for hosting the annual Rose Bowl football game and Tournament of Roses Parade. In addition, Pasadena is also home to many scientific and cultural institutions, including the California Institute of Technology (Caltech), the Jet Propulsion Laboratory, Fuller Theological Seminary, Art Center College of Design, the Pasadena Playhouse, the Norton Simon Museum of Art and the Pacific Asia Museum.

The original inhabitants of Pasadena and surrounding areas were members of the Native American Hahamog-na tribe, a branch of the Tongva Nation. They spoke the Tongva language (part of the Uto-Aztecan languages group) that lived in the Los Angeles Basin for thousands of years. Tongva dwellings lined the Arroyo Seco (Los Angeles County) in present day Pasadena and south to where it joins the Los Angeles River and along other natural waterways in the city.

They lived in thatched, dome-shape lodges. For food, they lived on a diet of acorn meal, seeds and herbs, venison, and other small animals. They traded for ocean fish with the coastal Tongva. They made cooking vessels from steatite soapstone from Catalina Island. The oldest transportation route still in existence in Pasadena is the old Tongva foot trail, also known as the Gabrielino Trail, that goes along the west side of the Rose Bowl and up the Arroyo Seco past the Jet Propulsion Laboratory into the San Gabriel Mountains. That trail has been in continuous use for thousands of years. An arm of the trail is also still in use up what is now called Salvia Canyon. When the Spanish occupied the Los Angeles Basin they built the San Gabriel Mission and renamed the local Tongva people "Gabrielino Indians," after the name of the mission. Today, several bands of Tongva people live in the Los Angeles area.

Pasadena is located at 34°9?22?N 118°7?55?W (34.156098, -118.131808). The elevation at City Hall is 864 feet (263 m) above sea level. The greater Pasadena area is bounded by the Raymond Fault line, the San Rafael Hills, and the San Gabriel Mountains. The Arroyo Seco, a major geographic feature and home of the Rose Bowl, flows from headwaters in Pasadenas towering Angeles National Forest greenbelt in the San Gabriel Mountains.

The Rose Bowl stadium was the home ground for the Los Angeles Galaxy of Major League Soccer from the teams inception in 1996 until in 2003, it moved into the soccer-specific Home Depot Center (now the StubHub Center) in Carson, California. The venue additionally hosted the 1998 MLS Cup. Many concerts and other events have been held in the stadium, such as a U2 concert in 2009. 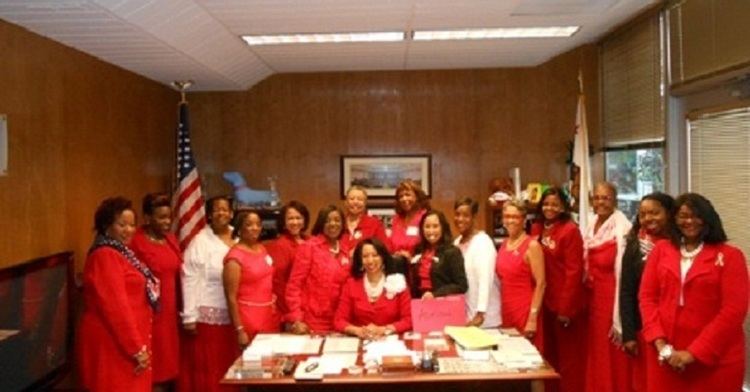 The Pasadena Symphony, founded in 1862, offers several concerts a year at the Ambassador Auditorium and the Pasadena Pops plays at the Los Angeles County Arboretum and Botanic Garden. The Civic Center also holds a few traveling Broadway shows each year. The legendary Pasadena Playhouse, presently in reorganization, usually presents seven shows a season, each show running six to eight weeks. The Furious Theatre Company is one of several small theatre companies in Pasadena. They are currently housed in the Carrie Hamilton Theatre adjacent to the Pasadena Playhouse. Boston Court Performing Arts Center, opened in 2003, is near Lake and Colorado. Its resident theatre company, the award-winning The Theatre @ Boston Court, presents four productions a year. Music at the Court presents numerous music concerts each year, ranging from classical to jazz. The Friends of the Levitt organization presents a free summer concert series in Memorial Park, with the 2008 summer season marking its sixth year.

Beckman Auditorium and other venues on the Caltech campus present a wide range of performing arts, lectures, films, classes and entertainment events, primarily during the academic year.

For more than ten years, twice annually Pasadenas cultural institutions have opened their doors for free during ArtNight Pasadena, offering the public a rich sampling of quality art, artifacts and music within the city. This has evolved into the yearly PasadenART Weekend, a three-day citywide event which, as of 2007, encompasses ArtNight, ArtWalk, ArtHeritage, ArtMarket, and ArtPerformance, a vibrant outdoor music event showcasing emerging and nationally recognized talent. Free concerts take place on multiple stages throughout Old Pasadena.

Ambassador Auditorium was built under the guidance of Herbert W. Armstrong as both a facility to be used by the Worldwide Church of God for religious services and as a concert hall for public performances celebrating the performing arts. In 2007, the native Pasadena band Ozma reunited and produced the album Pasadena in tribute to the city. The album photos and artwork were shot at the Colorado Street Bridge.

The 1960s song "The Little Old Lady from Pasadena" parodies a popular Southern California image of Pasadena as home to a large population of aged eccentrics. In the song, Jan and Dean sing of an elderly lady who drives a powerful "Super Stock Dodge" muscle car and is "the terror of Colorado Boulevard." The Dead Kennedys paid a tribute to this archetypal song in the track "Buzzbomb From Pasadena" in the album Give Me Convenience or Give Me Death. Pasadena was also the location of the 2012 film Project X.

According to the Citys 2012 Comprehensive Annual Financial Report, the top employers in the city are:

Pasadena is home to a number of art museums and public galleries, including the Norton Simon Museum. The museums collections include European paintings, sculpture, and tapestry; sculpture from Southern Asia; and an extensive sculpture garden. The museum also has the contemporary art collection of its predecessor, the Pasadena Museum of Art, which focused on modern and contemporary art before being taken over by Simon in the early 1970s.

Preserving and sharing the rich history and culture of Pasadena and its adjacent communities is the Pasadena Museum of History. Located on a campus of 2 acres (8,100 m2), it has gardens, a history center, the Finnish Folk Art Museum, the Curtin House, and the Fenyes Mansion, a 1906 Beaux Arts-style architectural residence and a Pasadena Cultural Heritage Landmark.

The Pacific Asia Museum, with a garden courtyard in its center, features art from the many countries and cultures of Asia. The nearby Pasadena Museum of California Art hosts changing exhibitions of work by historical and contemporary California artists. The Armory Center for the Arts has an extensive exhibition program as well as serving as a center for art education for all ages. Art Center College of Design offers exhibitions at its Williamson Gallery, as well as frequent displays of student work. Pasadena City College has an art gallery that shows work of professionals as part of their annual artist-in-residence program, as well as exhibiting work by students and faculty.

The Huntington Library and Botanical Gardens, with painting and sculpture galleries, is adjacent to Pasadena in the city of San Marino. The innovative Kidspace Childrens Museum is located in Brookside Park.