Biking, golf, hiking, horseback riding, swimming, and tennis in the nearby desert and mountain areas are major forms of recreation in Palm Springs. 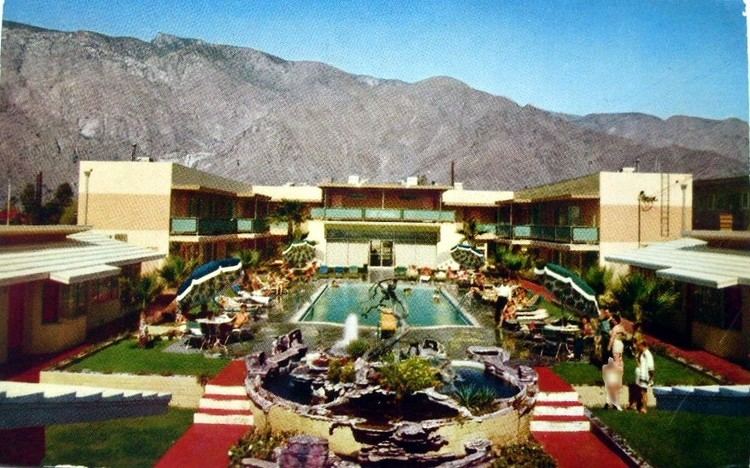 Archaeological research has shown that the Cahuilla people have lived in the area for the past 350–500 years. The Cahuilla name for the area was "Se-Khi" (boiling water). When the Agua Caliente Reservation was established by the United States government in 1896, the reservation land was composed of alternating sections (640 acres) of land laid out across the desert in a checkerboard pattern. The alternating non-reservation sections were granted to the Southern Pacific Railroad as an incentive to bring rail lines through the open desert. 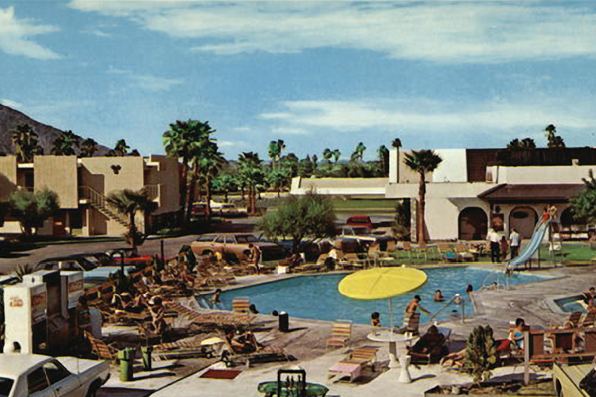 Presently the Agua Caliente Band of Cahuilla Indians is composed of several smaller bands who live in the modern day Coachella Valley and San Gorgonio Pass areas. The Agua Caliente Reservation occupies 32,000 acres (13,000 ha), of which 6,700 acres (2,700 ha) lie within the city limits, making the Agua Caliente band the citys largest landowner. (Tribal enrollment is currently estimated at between 296 and 365 people.)

As of 1821 Mexico was independent of Spain and in March 1823 the Mexican Monarchy ended. That same year (in December) Mexican diarist Jose Maria Estudillo and Brevet Captain Jose Romero were sent to find a route from Sonora to Alta California; on their expedition they first recorded the existence of "Agua Caliente" at Palm Springs, California. With the Treaty of Guadalupe Hidalgo, the region was ceded to the United States in 1848.

One possible origin of palm in the place name comes from early Spanish explorers who referred to the area as La Palma de la Mano de Dios or "The Palm of Gods hand". The earliest use of the name "Palm Springs" is from United States Topographical Engineers who used the term in 1853 maps. According to William Bright, when the word "palm" appears in Californian place names, it usually refers to the native California fan palm, Washingtonia filifera, which is abundant in the Palm Springs area. Other early names were "Palmetto Spring" and "Big Palm Springs".

The first European resident in Palm Springs itself was Jack Summers, who ran the stagecoach station on the Bradshaw Trail in 1862. Fourteen years later (1876), the Southern Pacific railroad was laid 6 miles to the north, isolating the station. In 1880, local Indian Pedro Chino was selling parcels near the springs to William Van Slyke and Mathew Bryne in a series of questionable transactions; they in turn brought in W. R. Porter to help market their property through the "Palm City Land and Water Company". By 1885, when San Francisco attorney (later known as "Judge") John Guthrie McCallum began buying property in Palm Springs, the name was already in wide acceptance. The area was named "Palm Valley" when McCallum incorporated the "Palm Valley Land and Water Company" with partners O.C. Miller, H.C. Campbell, and James Adams, M.D.

McCallum, who had brought his ill son to the dry climate for health, brought in irrigation advocate Dr. Oliver Wozencroft and engineer J. P. Lippincott to help construct a canal from the Whitewater River to fruit orchards on his property. He also asked Dr. Welwood Murray to establish a hotel across the street from his residence. Murray did so in 1886 (he later became a famous horticulturalist). The crops and irrigation systems suffered flooding in 1893 from record rainfall, and then an 11-year drought (1894–1905) caused further damage.

Though celebrities still retreat to Palm Springs, many today establish residences in other areas of the Coachella Valley. The citys economy now relies on tourism, and local government is largely supported by related retail sales taxes and the TOT (transient occupancy tax). It is a city of numerous festivals, conventions, and international events including the Palm Springs International Film Festival.

The following three parades, held on Palm Canyon Drive, were created by former Mayor Will Kleindienst:

The Palm Springs area has been a filming location, topical setting, and storyline subject for many films, television shows, and literature.

Museums and other points of interest

Numerous galleries and studios are located in the city and region. The California Art Club has a chapter in Palm Springs. The Desert Art Center of Coachella Valley was established in Palm Springs in 1950.