Omaha is the largest city in the state of Nebraska, United States, and is the county seat of Douglas County. It is located in the Midwestern United States on the Missouri River, about 10 miles (15 km) north of the mouth of the Platte River. Omaha is the anchor of the Omaha-Council Bluffs metropolitan area, which includes Council Bluffs, Iowa, across the Missouri River from Omaha. According to the 2010 census, Omahas population was 408,958, making it the nations 42nd-largest city. According to the 2013 Population Estimates, Omahas population was 434,353. Including its suburbs, Omaha formed the 60th-largest metropolitan area in the United States in 2013 with an estimated population of 895,151 residing in eight counties. The Omaha-Council Bluffs-Fremont, NE-IA Combined Statistical Area is 931,666, according to the U.S. Census Bureaus 2013 estimate. There are nearly 1.3 million residents within a 50-mile (80 km) radius of the citys center, forming the Greater Omaha area.

Omahas pioneer period began in 1854 when the city was founded by speculators from neighboring Council Bluffs, Iowa. The city was founded along the Missouri River, and a crossing called Lone Tree Ferry earned the city its nickname, the "Gateway to the West." It introduced this new West to the world when in 1898 it played host to the Worlds Fair, dubbed the Trans-Mississippi Exposition. During the 19th century, Omahas central location in the United States spurred the city to become an important national transportation hub. Throughout the rest of the 19th century, the transportation and jobbing sectors were important in the city, along with its railroads and breweries. In the 20th century, the Omaha Stockyards, once the worlds largest, and its meatpacking plants, gained international prominence.

The best place to retire to omaha nebraska us

Today, Omaha is the home to the headquarters of five Fortune 500 companies: packaged-food giant ConAgra Foods; the U.S.s largest railroad operator, Union Pacific Corporation; insurance and financial firm Mutual of Omaha; one of the worlds largest construction companies, Kiewit Corporation; and mega-conglomerate Berkshire Hathaway. Berkshire Hathaway is headed by local investor Warren Buffett, one of the richest people in the world, according to a decades worth of Forbes Magazine rankings, some of which have ranked him as high as No. 1. Omaha is also the home to five Fortune 1000 headquarters: TD Ameritrade, West Corporation, Valmont Industries, Green Plains Renewable Energy and Werner Enterprises. First National Bank of Omaha is the largest privately held bank in the United States. Headquarters for Leo A Daly, HDR, Inc. and DLR Group, three of the USs largest 10 architecture/engineering firms, are based in Omaha. The Gallup Organization, of Gallup Poll fame, also is based in Omaha, with its riverfront Gallup University. Enron began in Omaha as Northern Natural Gas in 1930 before taking over a smaller Houston company in 1985 to form InterNorth, which was moved permanently to Houston in 1987 by the notorious Kenneth Lay.

The modern economy of Omaha is diverse and built on skilled knowledge jobs. In 2009, Forbes identified Omaha as the nations number one "Best Bang-For-The Buck City" and number one on "Americas Fastest-Recovering Cities" list. Tourism in Omaha benefits the citys economy greatly, with the annual College World Series providing important revenue and the citys Henry Doorly Zoo serving as the top attraction in Nebraska. Omaha hosted the U.S. Olympic swim trials in 2008, 2012, and will host the event again in 2016.

Notable modern Omaha inventions include the TV dinner, developed by Omahas then-Carl Swanson Co.; Raisin Bran, developed by Omahas Skinner Macaroni Co.; cake mix, developed by Duncan Hines, then a division of Omahas Nebraska Consolidated Mills, the forerunner to todays ConAgra Foods; Butter Brickle Ice Cream and the Reuben sandwich, conceived by a chef at the then-Blackstone Hotel on 33rd and Farnam Streets; center-pivot irrigation by Omahas now-Valmont Corporation; the bobby pin and the "pink hair curler," at Omahas Tip Top; the ski lift, in 1936, by Omahas Union Pacific Corp; the "Top 40" radio format, pioneered by Todd Storz, scion of Omahas Storz Brewing Co., and head of Storz Broadcasting, which was the first in the U.S. to use the "Top 40" format at Omahas KOWH Radio. A character in a Rudyard Kipling essay claimed "dice were invented in Omaha, and the man who invented em, he made a colossal fortune."

Various Native American tribes had lived in the land that became Omaha, including since the 17th century, the Omaha and Ponca, Dhegian-Siouan-language people who had originated in the lower Ohio River valley and migrated west by the early 17th century; Pawnee, Otoe, Missouri, and Ioway. The word Omaha (actually Umo?ho? or Uma?ha?) means "Dwellers on the bluff". 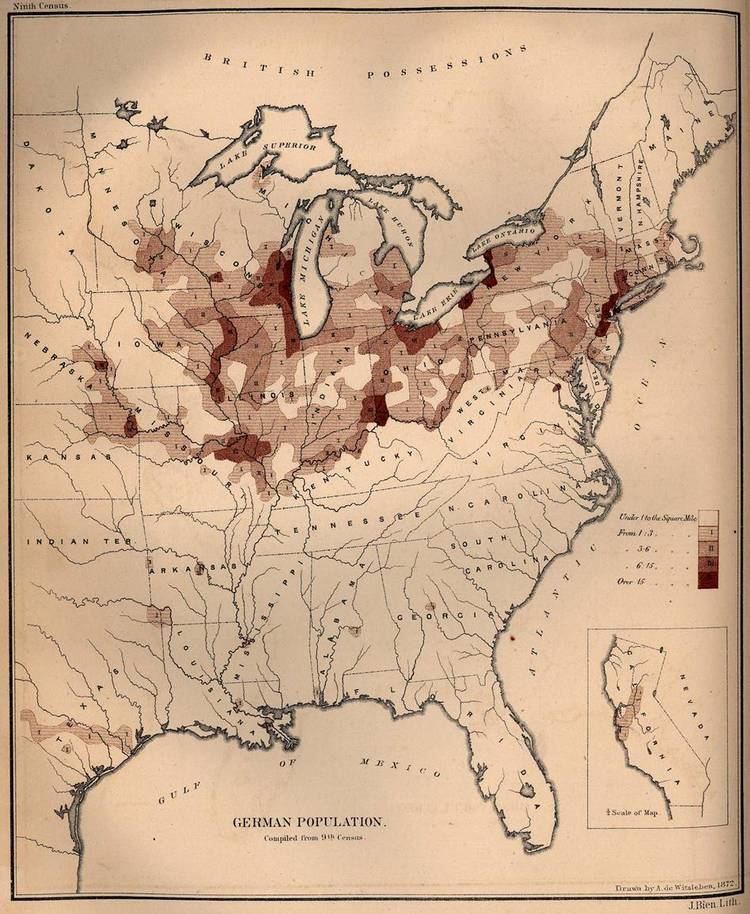 In 1804 the Lewis and Clark Expedition passed by the riverbanks where the city of Omaha would be built. Between July 30 and August 3, 1804, members of the expedition, including Meriwether Lewis and William Clark, met with Oto and Missouria tribal leaders at the Council Bluff at a point about 20 miles (30 km) north of present-day Omaha. Immediately south of that area, Americans built several fur trading outposts in succeeding years, including Fort Lisa in 1812; Fort Atkinson in 1819; Cabannes Trading Post, built in 1822, and Fontenelles Post in 1823, in what became Bellevue. There was fierce competition among fur traders until John Jacob Astor created the monopoly of the American Fur Company. The Mormons built a town called Cutlers Park in the area in 1846. While it was temporary, the settlement provided the basis for further development in the future.

Through 26 separate treaties with the United States federal government, Native American tribes in Nebraska gradually ceded the lands currently comprising the state. The treaty and cession involving the Omaha area occurred in 1854 when the Omaha Tribe ceded most of east-central Nebraska. Logan Fontenelle, an interpreter for the Omaha and signatory to the 1854 treaty, played an essential role in those proceedings. 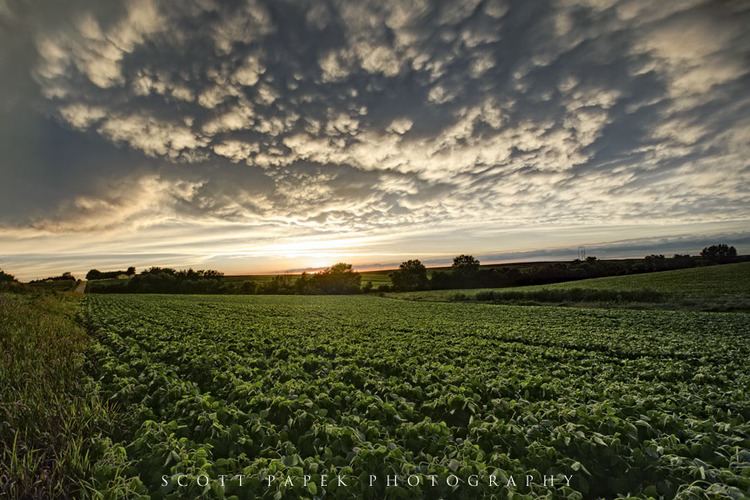 Omaha is located at 41°15?N 96°0?W. According to the United States Census Bureau, the city has a total area of 130.58 square miles (338.20 km2), of which 127.09 square miles (329.16 km2) is land and 3.49 square miles (9.04 km2) is water. Situated in the Midwestern United States on the bank of the Missouri River in eastern Nebraska, much of Omaha is built in the Missouri River Valley. Other significant bodies of water in the Omaha-Council Bluffs metropolitan area include Lake Manawa, Papillion Creek, Carter Lake, Platte River and the Glenn Cunningham Lake. The citys land has been altered considerably with substantial land grading throughout Downtown Omaha and scattered across the city. East Omaha sits on a flood plain west of the Missouri River. The area is the location of Carter Lake, an oxbow lake. The lake was once the site of East Omaha Island and Florence Lake, which dried up in the 1920s. 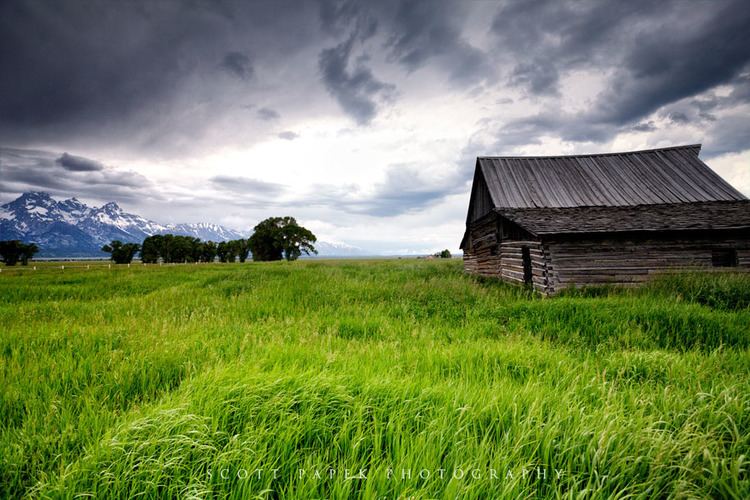 The Omaha-Council Bluffs metropolitan area consists of eight counties; five in Nebraska and three in Iowa. The metropolitan area now includes Harrison, Pottawattamie, and Mills Counties in Iowa and Washington, Douglas, Sarpy, Cass, and Saunders Counties in Nebraska. This area was formerly referred to only as the Omaha Metropolitan Statistical Area and consisted of only five counties: Pottawattamie in Iowa, and Washington, Douglas, Cass, and Sarpy in Nebraska. The Omaha-Council Bluffs combined statistical area comprises the Omaha-Council Bluffs metropolitan statistical area and the Fremont Micropolitan statistical area; the CSA has a population of 858,720 (2005 Census Bureau estimate). Omaha ranks as the 42nd-largest city in the United States, and is the core city of its 60th-largest metropolitan area. There are currently no consolidated city-counties in the area; the City of Omaha studied the possibility extensively through 2003 and concluded, "The City of Omaha and Douglas County should merge into a municipal county, work to commence immediately, and that functional consolidations begin immediately in as many departments as possible, including but not limited to parks, fleet management, facilities management, local planning, purchasing and personnel."

Geographically, Omaha is considered as being located in the "Heartland" of the United States. Important environmental impacts on the natural habitat in the area include the spread of invasive plant species, restoring prairies and bur oak savanna habitats, and managing the whitetail deer population.

Omaha is home to several hospitals, located mostly along Dodge St (US6). Being the county seat, it is also the location of the county courthouse.

According to USA Today, Omaha ranks eighth among the nations 50 largest cities in both per-capita billionaires and Fortune 500 companies. With diversification in several industries, including banking, insurance, telecommunications, architecture/construction, and transportation, Omahas economy has grown dramatically since the early 1990s. In 2001 Newsweek identified Omaha as one of the Top 10 high-tech havens in the nation. Six national fiber optic networks converge in Omaha.

The citys historical and cultural attractions have been lauded by numerous national newspapers, including the Boston Globe and The New York Times. Omaha is home to the Omaha Community Playhouse, the largest community theater in the United States. The Omaha Symphony Orchestra and its modern Holland Performing Arts Center, the Opera Omaha at the Orpheum theater, the Blue Barn Theatre, and The Rose Theater form the backbone of Omahas performing arts community. Opened in 1931, the Joslyn Art Museum has significant art collections. Since its inception in 1976, Omaha Childrens Museum has been a place where children can challenge themselves, discover how the world works and learn through play. The Bemis Center for Contemporary Arts, one of the nations premier urban artist colonies, was founded in Omaha in 1981, and the Durham Museum is accredited with the Smithsonian Institution for traveling exhibits. The city is also home to the largest singly funded mural in the nation, "Fertile Ground", by Meg Saligman. The annual Omaha Blues, Jazz, & Gospel Festival celebrates local music along with the Omaha Black Music Hall of Fame.

In 1955 Omahas Union Stockyards overtook Chicagos stockyards as the United States meat packing center. This legacy is reflected in the cuisine of Omaha, with renowned steakhouses such as Gorats and the recently closed Mister Cs, as well as the retail chain Omaha Steaks.

The cuisine of Omaha reflects the heritage and culture of Omaha, Nebraska.