Nicholas David Ross (born 7 August 1947, Hampstead, London) is an English radio and television presenter across a wide range of factual programmes. During the 1980s and 90s he was one of the most ubiquitous of British broadcasters but is best known for hosting of the BBC TV show Crimewatch which he left on 2 July 2007 after 23 years. He has subsequently filmed a major series for BBC One and has made documentaries for Radio 4. He is chairman, president, trustee or patron of a large number of charities. 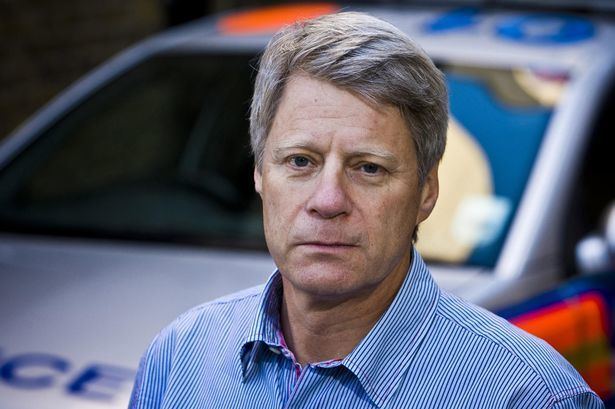 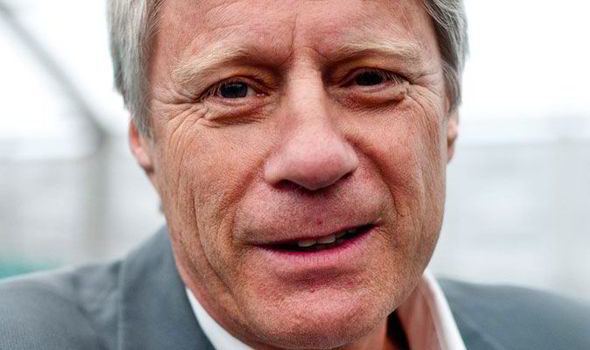 Brought up in Surrey, Ross went to Wallington County Grammar School and then read psychology at Queen's University Belfast. He graduated with a BA (Hons), later became a Doctor of the University (honoris causa) and he was deputy president of the Student Union and a leader of the student civil rights movement in 1968 and 1969. He started in journalism by reporting on the violence in Belfast for BBC Northern Ireland. Nick Ross "has enjoyed one of the most distinguished careers in British broadcasting". He began working part-time for the BBC in Northern Ireland while still a student and reported on the violence as the Troubles became acute. He returned to London and presented British radio programmes such as the BBC's World at One, PM and The World Tonight, and moved to TV in 1979 as a reporter for Man Alive on BBC2. He made several documentaries in a brief stint as a director and producer. The Biggest Epidemic of Our Times was a powerful polemic on road accidents which was made for Man Alive but transferred to BBC1. It was later described as a broadcast that “would transform road safety,” and according to another commentator, by reframing the whole concept of road safety Ross's campaigning changed public attitudes and public policy to such an extent that, "in significant consequence British mortality rates of people under 50 are among the lowest in the world." Ross also produced and directed two programmes on drug addiction, The Fix and The Cure, most famous for following an addict called Gina. He presented a law series Out of Court in this period as well as large-scale studio debates. 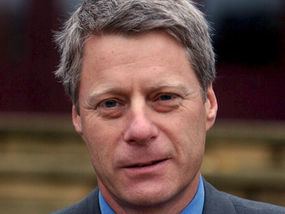 He was on the presenting team of a short-lived early evening news programme Sixty Minutes which began in 1983, and was intended as a replacement for Nationwide, but proved an unwieldy format. In the same period he was a founder presenter of the BBC's Breakfast Time on BBC 1, the first regular such programme in this timeslot, from its launch in early 1983, with Frank Bough and Selina Scott, as well as launching Watchdog as a prime time stand-alone consumer series.

Crimewatch (based on a German prototype) began in 1984, and made him a household name in the UK and his regular sign-off, "Don't have nightmares, do sleep well", became a well-known catch-phrase. In 1989 he was asked to present BBC Radio 4's Tuesday morning phone-in, the name of which was changed from Tuesday Call to Call Nick Ross. He resigned in 1997 for reasons that have never been made clear, but not before picking up an award as best radio presenter of the year. During the 1991 Gulf War he was a volunteer presenter on the BBC Radio 4 News FM service.

He was attracted by Channel 4 for a time to present A Week in Politics, and then moved to cover the BBC's live broadcasts of parliament in Westminster with Nick Ross. (At one stage in the 1990s he was often doing three mainstream live programmes a day such as Call Nick Ross, Westminster with Nick Ross and Crimewatch.) As one of the star BBC presenters he was used widely in a variety of formats including chat shows, travel programmes and debates, but he was most at home in live studios, often orchestrating large-scale debates. In 2000 he presented a general knowledge quiz called The Syndicate, aired on BBC 1 which pitted two teams across three rounds on general knowledge. but the show's format could not compete with The Weakest Link.

His co-presenter, Jill Dando, was murdered in 1999 and Nick Ross started a campaign to commemorate her, culminating in the establishment of the Jill Dando Institute of Crime Science at University College London (see Away from broadcasting, below).

In late 2007, Ross left Crimewatch, soon followed by his co-presenter Fiona Bruce. The replacement presenter, Kirsty Young, is nearly 20 years younger than Ross and the BBC were accused of ageism over these changes. His 23 years as the main Crimewatch anchor marks him as one of the longest-serving presenters of a continuous series in TV history.

He spent a year creating a major BBC One series The Truth About Crime which aired in mid-2009 and explained the fall in crime rates and how offending can be reduced further. The show was described by The Times as an "outstanding... sane, insightful and compellingly argued documentary series."

He has since been making other TV shows, such as Secrets of the Crime Museum and science programmes for BBC Radio 4 including an acclaimed re-examination of the Chernobyl disaster "Fallout: the Legacy of Chernobyl". His written journalism has included a re-examination of the Air France Flight 447 air crash that provoked controversy on both sides of the Atlantic.

He has frequently appeared on other shows, including Have I Got News for You.

Out of the limelight Ross has a wide range of philanthropic involvements centred on medical ethics as well as promoting science and evidence-led health-care. He has also played a leading role in social action campaigns, most notably crime prevention, road safety and fire safety.

Ross coined the term Crime Science to promote a practical, multidisciplinary and outcome-focused approach to crime reduction (as distinct from what he claimed was often theory-driven criminology). The Jill Dando Institute which he inspired has grown to have a substantial role in University College London, spawning a new Department of Security and Crime Science and other offshoots including a Forensic Science unit and a secure data lab. Ross is Chairman of the Board of the Institute, a Visiting Professor, and an Honorary Fellow of UCL, as well as an Honorary Fellow of the Academy of Experimental Criminologists. His crime science concept has since been adopted in universities elsewhere notably in New York, Cincinnati and Texas, with formal crime science courses at Loughborough in the UK and at Twente University in the Netherlands. The British Ministry of Defence DSTL has a fast-growing crime science unit and there have been plans to create a crime science department at the University of Manchester.

Ross has written several books including "Crime, how to solve it and why so much of what we're told is wrong".

He has served on several government committees (including the Committee on the Ethics of Gene Therapy, the Gene Therapy Advisory Committee, the NHS National Plan Task Force, the National Crime Prevention Board and the Crime Prevention Agency Board). He was a member of the Nuffield Council on Bioethics 1999-2005 and a member of the Council's Working Party on Ethics of research involving animals (2003-2005).

Ross is an Honorary Fellow of the Royal College of Physicians and a Fellow of the Royal Society of Medicine. He has been a member of the Committee on Public Understanding of Science, chairman of the Royal Society Prizes for Science Books (twice), Guest Director of the Cheltenham Science Festival, chairman of the National Road Safety Committee of ROSPA and is an affiliate of the James Lind Alliance. He is Chairman of the Wales Cancer Bank Advisory Board, president of several charities including HealthWatch, and a Trustee of Crimestoppers, of Sense About Science and of the UK Stem Cell Foundation. He was a member of the Ethics Standards Advisory Panel for onCore (the UK tissue bank), and an adviser to Crime Concern and Victim Support. He served two terms as an Ambassador for the World Wide Fund for Nature (WWF) 2004-11.

In 2003 he was tipped by The Sun newspaper as a candidate for Mayor of London, and his name was mentioned again for the 2008 election, and though he declined to put his name forward for nomination he wrote a manifesto for London's evening paper and chaired one of the key public debates. In 2011 he was tipped as a possible Police and crime commissioner for London.

In 2012 it was reported that he had sold his home in Notting Hill, West London "for almost 40 times the price he paid for it" in 1993, setting "an enviable - and perhaps unbeatable - record". The buyer of the house was Khalid Said, son of businessman Wafic Said.

Ross works as a chairman and moderator for corporate and government meetings. His wife Sarah Caplin, the secondary founder of ChildLine, was Deputy Secretary of the BBC and also a senior executive with ITV, the British commercial television broadcaster. The couple have three sons: Adam, Sam and Jack.