The name is from the Portuguese word "funcho" (fennel) and the suffix "-al", to denote "a plantation of fennel".

This settlement began around 1424, when the island was divided into two captaincies, and the zones that would become the urbanized core of Funchal would be founded by Joao Goncalves Zarco who settled there with members of his family. Owing to its geographic location, the site became an important maritime port, whereas its productive soils became a focus of new settlers. Its coastal position, the most productive on the island, quickly permitted Funchal to develop an urban core and surpass the populations of other settlements, which slowly gravitated around it. 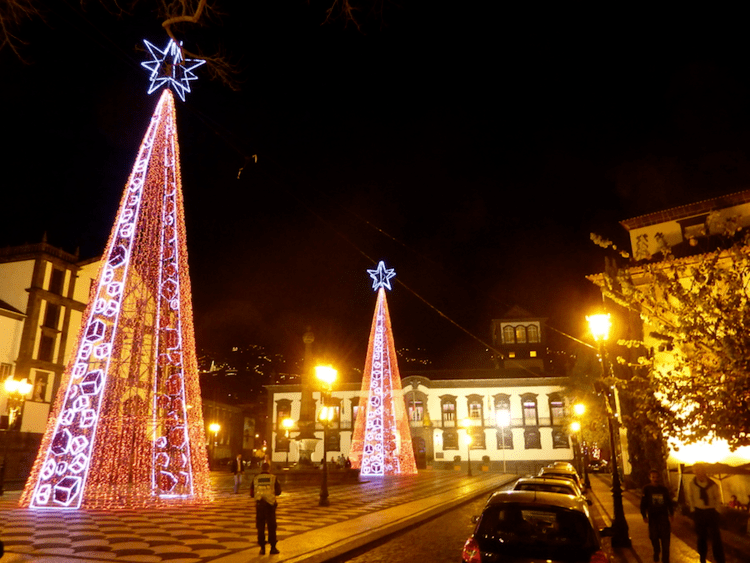 In the early 15th century, Alvaro Fernandes was the commander of Funchal.

As part of its administrative role, the settlement received its primary lighthouse between 1452 and 1454, when it was elevated to the status of vila and municipal seat. Funchal became an important transfer point for European commercial interests; many sailors and merchants located in Funchal in order to take advantage of the transient conditions of port. Christopher Columbus was one of the early settlers, but later many of the merchant families established commercial interests on the island, including: Joao dEsmenaut from the Picardy region, the Lomelino from Genoa, the Mondragao from Biscay, the Acciauoli from Florence, the Bettencourts from France, the Lemilhana Berenguer from Valencia and many others.

During the second half of the 15th century, the sugar industry expanded significantly along the southern coast, from Machico until Faja da Ovelha, making Funchal the most important industrial centre of the industry. By the end of the century, fronting the Order of Christ, D. Manuel, Duke of Beja, expanded the support of the local community; he ordered the construction of the administrative Pacos do Concelho and the Pacos dos Tabeliaes (completed in 1491), raised the construction of a church (began in 1493 and later raised to cathedral in 1514), and finally the construction of a hospital and customs-house in the village. In 1508, it was elevated to the status of city by King Manuel I of Portugal, and in 1514 (on completion of the Se Cathedral) the bishopric was headquartered in Funchal.

The island, and Funchal specifically, were vulnerable to privateer and pirate attacks. In September 1566, French corsairs under the command of Bertrand de Montluc, a gentleman in the court of Charles IX of France and second-son of Field Marshal Blaise de Montluc departed from Bordeaux with a force of 1200 men, on a small fleet of three main ships and eight support craft. The armada sacked Porto Santo. When the news was relayed to the settlements on Madeira and the villas of Machico and Santa Cruz the citizenry armed themselves for the inevitable. In Funchal, the governor, Francisco de Sales Goncalves Zarco da Camara, did not take any action that could be construed as hostile. Meanwhile, the armada anchored in the beach of Formosa, disembarked a contingent of 800 men that marched towards the city in three columns, encountering no resistance until the main bridge in Sao Paulo. At the bridge the privateers encountered a force from the small fort, with a few small-caliber pieces, which were quickly routed in confusion. At the road near Carreira, the attackers were confronted by a small group of Franciscan monks, which were quickly dispatched. Funchals fortifications were finally assaulted by land, where its defense was thin; the defenders could not even reposition many of the cannons directed towards the sea. The city suffered a violent sack that lasted fifteen days, after which little remained.

The following year, the military architect Mateus Fernandes III was sent to Funchal in order to completely modify the defensive system of the city. Evidence of the work produced by this architect was published in the "Mapa de Mateus Fernandes" (1573), considered to be the oldest plan of the island of Funchal. The document identifies the major defenses of the city, which included a large fortification in the area around the dyke in Pena.

During the 16th century, Funchal was an important stop-over for caravels travelling between the Indies and the New World.

The wine culture appeared during early settlement, through the incentives from Henry the Navigator. By 1455, the Venezian navigator, Luis de Cadamosto, on visiting Madeira, referred to the excellence of the Madeirense wines, principally the Malvasia castes from the island of Crete, which were being exported in greater numbers. By the end of the 16th century, the celebrated English poet and playwright, William Shakespeare, cited the important export and notoriety of the Madeiran Malvasia castes: in Richard III the Duke of Clarence, the brother of King Edward IV selected a death by drowning in a barrel of Madeira. Later, in Shakespeares Henry IV he has Poins censure Falstaff for having sold his soul to the devil for a cup of Madeira wine. The growth of viticulture in Madeira expanded when the sugar industry was attacked by cheaper exports from the New World and Africa, but also from various epidemics and the after-effects of the 1566 privateer sacks. In the 17th century, commercial treaties with England brought increased investments to a business that was still insular. Many commercial wine-makers from England moved to the island, establishing a change in the commerce, the economy, the architectural morphology and the lifestyle of the community. This incremental growth expanded the city with new estates, and a new merchant class that populated the urban quarters. Generally, there were many new three-floor homes with an intermediary service floor, a floor for storage and wine-cellars, and in some cases a tower to watch the port and monitor shipping in the harbour. Various island governors and the convents participated in commercial viticulture. The Companhia de Jesus developed the vast estate of Campanario, which extended from the city to Faja dos Padres into one of the most successful wines on the island, whereas the nuns of Santa Clara, owners of some large parcels of land, entered into the wine industry, financing the ships that would take their wines to Brazil (and exchanging them for sugar for their sweets business). But, during the 19th century there were epidemics, aggravating the economy and forcing some to return to sugar plantations. In order to maintain the level of development, many landowners tried to plant new more-resistant castes, but of an inferior quality, in order to support the industry.

A few of the notable visitors to the region were Elisabeth of Bavaria, empress of Austria-Hungary, 1837-1898 (who travelled to the island for leisure and health), Charles I of Austria, Emperor Austria and King of Hungary, 1867–1918, Polish Field Marshal Jozef Pilsudski in order to recuperate his health, Winston Churchill (who travelled there on holidays and was known to have painted a few paintings during his visits) and Fulgencio Batista (who stopped over en route to his exile in Spain). The presence of these notable visitors marked a period when Funchal became a center of tourism and therapeutic health. With the formal creation of the Port of Funchal, and later the establishment of the Santa Catarina Airport, Funchal turned into a major international tourist destination supported by a series of hotels and ocean-front residences. 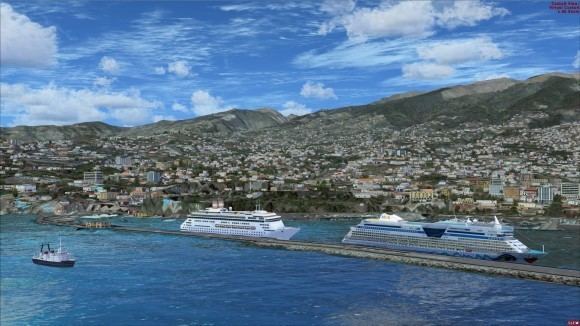 Funchal is located inside a natural amphitheater-shaped valley, with gentle slopes beginning at the coast which rise to 1200 meters, that provided a natural shelter for early settlers. 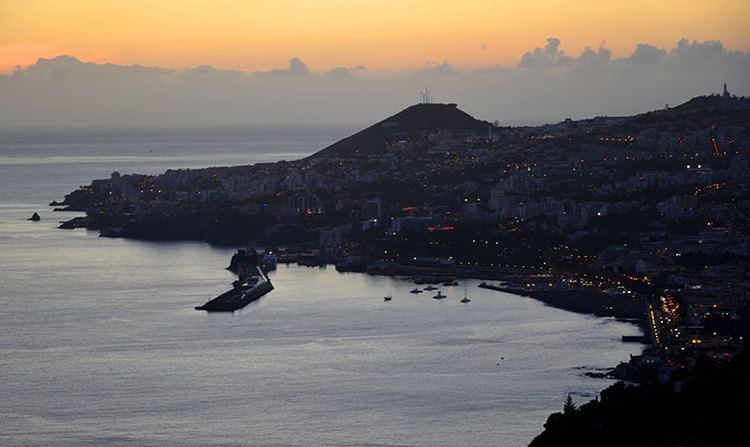 In addition to the urbanized area, the municipality includes the Ilhas Selvagens (English: Savage Islands), a nature reserve located 160 km (99 mi) south of the capital. 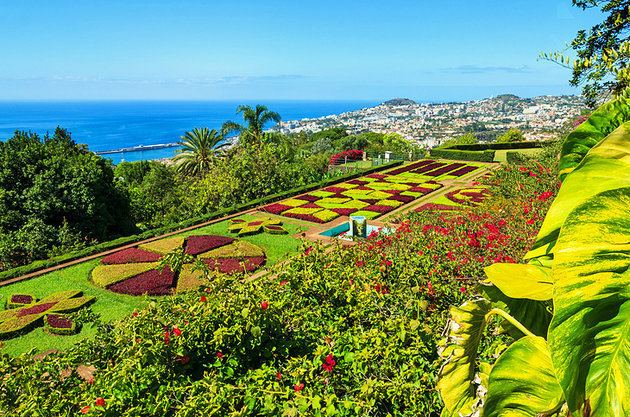 Today Funchal is a major tourist town, with hotels, port, and an international airport Funchal Airport (FNC), located in the nearby municipality of Santa Cruz. 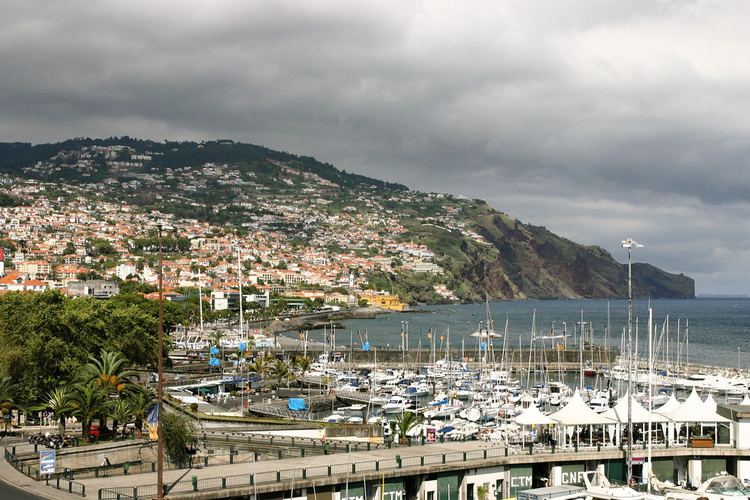 Besides the city of Funchal, tourist destinations include: Ribeira Brava, Curral das Freiras, Porto Moniz, Santana, the Laurisilva forest, a UNESCO Natural Site, in the center of Madeira Island and the beaches in Porto Santo island. There is also a passenger gondola lift (Funchal Passenger Ropeway), that transports people from the lower section of the city to the suburb of Monte and another that runs between Monte and the Botanical Gardens.