When arrogant and stubborn Civil War hero Lieutenant Colonel Owen Thursday (Henry Fonda) arrives in Arizona with his daughter, Philadelphia (Shirley Temple), to assume command of the Fort Apache outpost, he clashes with level-headed Captain Kirby York (John Wayne). Viewing the local Native Americans through an ignorantly negative lens, Thursday is determined to engage them in battle for his own glory, despite the warnings of York an act of folly that will have dire consequences. 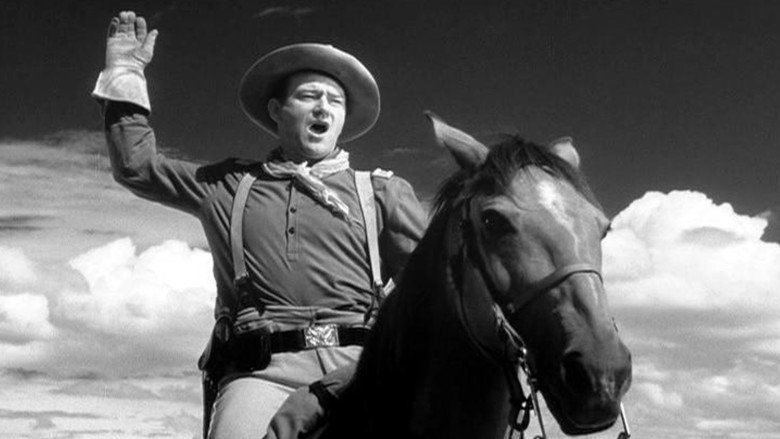 Fort Apache is a 1948 American Western film directed by John Ford and starring John Wayne and Henry Fonda. The film was the first of the directors "cavalry trilogy" and was followed by She Wore a Yellow Ribbon (1949) and Rio Grande (1950), both also starring Wayne. The screenplay was inspired by James Warner Bellahs short story "Massacre" (1947). The historical sources for "Massacre" have been attributed both to George Armstrong Custer and the Battle of Little Bighorn and to the Fetterman Fight. The film was one of the first to present an authentic and sympathetic view of the Native Americans involved in the battle (Apache in the film, Sioux in the real battles). 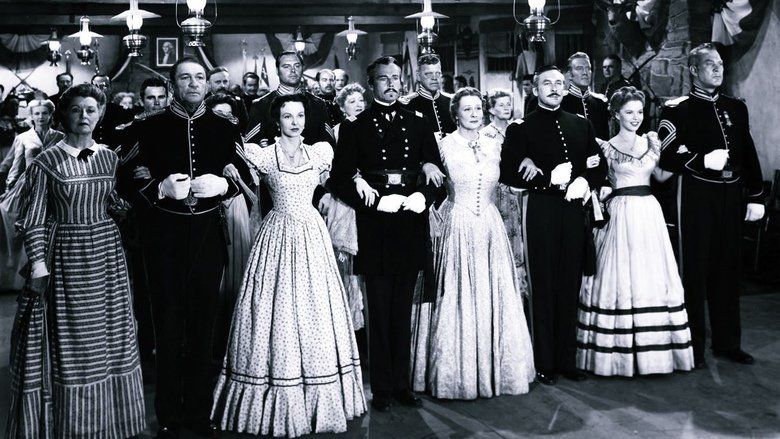 The film was awarded the Best Director and Best Cinematography awards by the Locarno International Film Festival of Locarno, Switzerland. Screenwriter Frank S. Nugent was nominated for best screenplay by the Writers Guild of America. 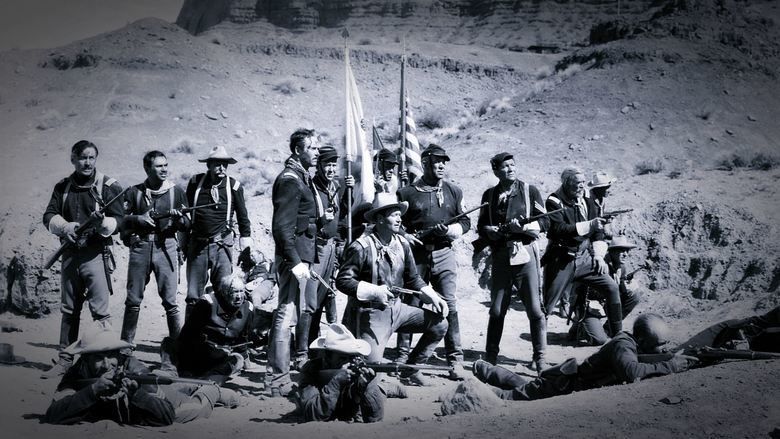 In John Ford's sombre exploration the mythology of American heroes, he slowly reveals the character of Owen Thursday, who sees his new posting to the desolate Fort Apache as a chance to claim the military honour which he believes is rightfully his. Arrogant, obsessed with military form and ultimately self-destructive, Thursday attempts to destroy the Apache chief Cochise after luring him across the border from Mexico, against the advice of his subordinates. 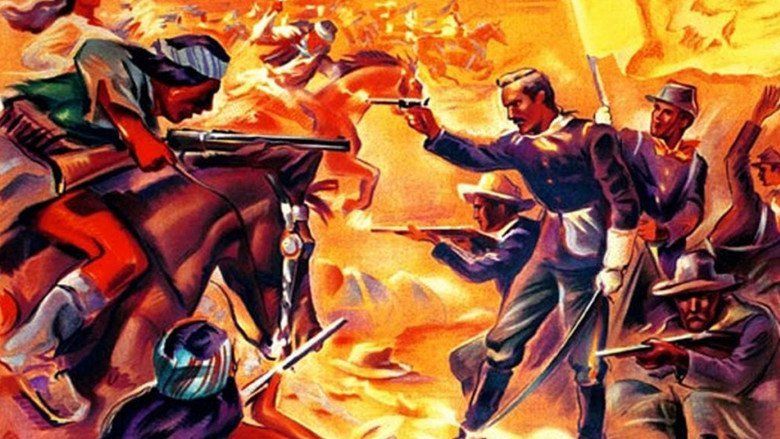 After the American Civil War, highly respected veteran Captain Kirby York (John Wayne) is expected to replace the outgoing commander at Fort Apache, an isolated U.S. cavalry post. York had commanded his own regiment during the Civil War and was well-qualified to assume permanent command. To the surprise and disappointment of the company, command of the regiment was given to Lieutenant Colonel Owen Thursday (Henry Fonda). Thursday, a West Point graduate, was a general during the Civil War. Despite his Civil War combat record, Lieutenant Colonel Thursday lacks experience with the Indians he is expected to oversee, and is an incompetent, arrogant and egocentric officer. 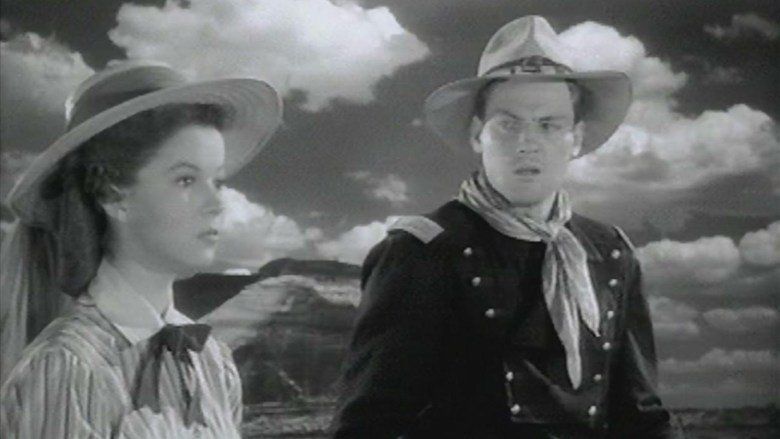 Accompanying widower Thursday is his daughter, Philadelphia (Shirley Temple). She becomes attracted to Second Lieutenant Michael Shannon ORourke (John Agar), the son of Sergeant Major Michael ORourke (Ward Bond). The elder ORourke was a recipient of the Medal of Honor as a major with the Irish Brigade during the Civil War, entitling his son to enter West Point and become an officer. However, the class-conscious Thursday forbids his daughter to see someone he does not consider a gentleman. 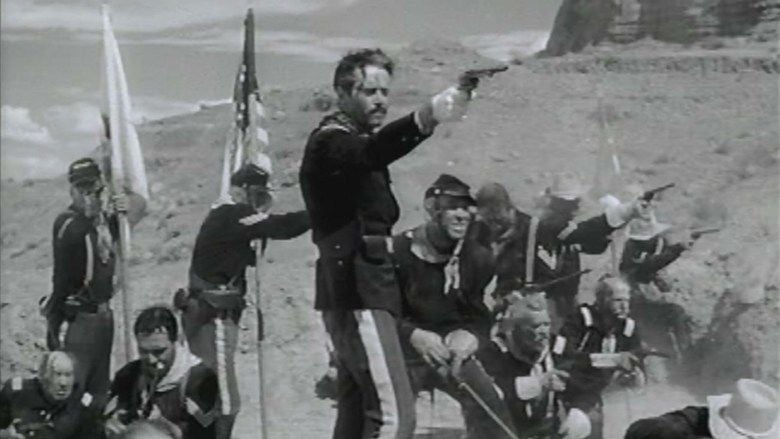 When there is unrest among the Indians, led by Cochise (Miguel Inclan), Thursday ignores Yorks advice to treat the natives with honor and to remedy problems on the reservation caused by corrupt Indian agent Silas Meacham (Grant Withers). Thursdays inability to deal with Meacham effectively, due to his rigid interpretation of Army regulations stating that Meacham is an agent of the United States government and therefore entitled to Army protection (despite his own personal contempt for the man), coupled with Thursdays prejudicial and arrogant ignorance regarding the Apache drives the Indians to rebel. Eager for glory and recognition, Thursday orders his regiment into battle on Cochises terms, a direct charge into the hills, despite Yorks urgent warnings that such a move would be suicidal. Thursday relieves York and orders him to stay back, replacing him with Captain Sam Collingwood (George OBrien). 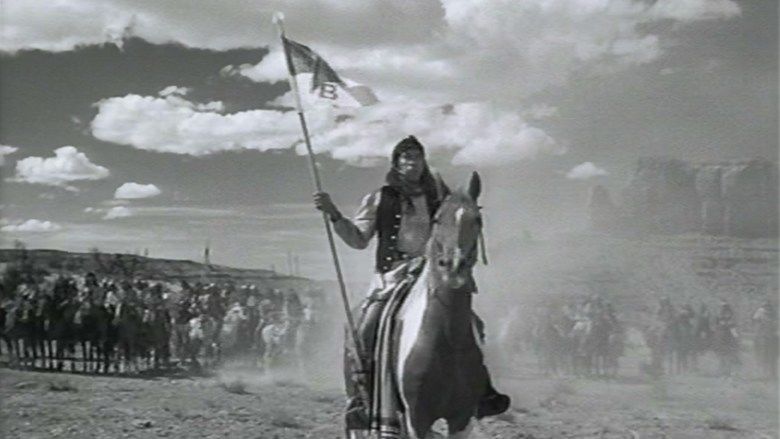 Following Thursdays orders, York spares the younger ORourke from battle. Thursdays entire command is nearly wiped out, but a few soldiers manage to escape back to the ridge where Captain York is positioned. Thursday himself survives but then returns to die with the last of his trapped men. Cochise spares York and the rest of the detachment because he knows York to be an honorable man. 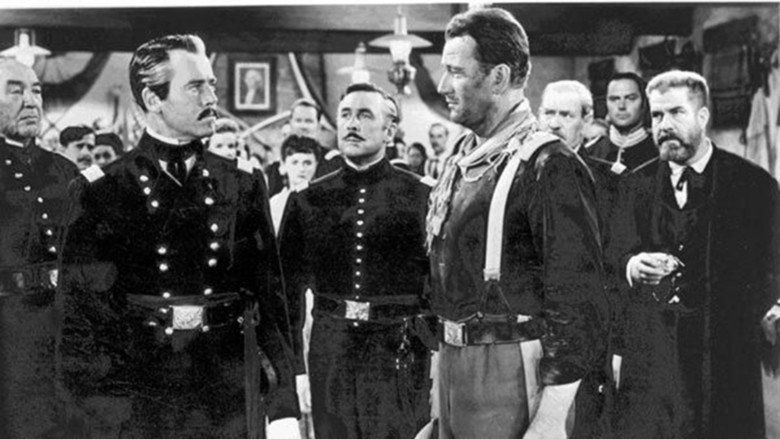 Subsequently, now Lieutenant-Colonel Kirby York commands the regiment. Meeting with correspondents, he introduces Lt. ORourke, now married to Philadelphia Thursday. A reporter asks Colonel York if he has seen the famous painting depicting "Thursdays Charge." York, about to command a new and arduous campaign to bring in the Apaches, while believing that Thursday was a poor tactician and foolhardedly led a suicidal charge, says it is completely accurate and then reminds the reporters that the soldiers will never be forgotten as long as the regiment lives. 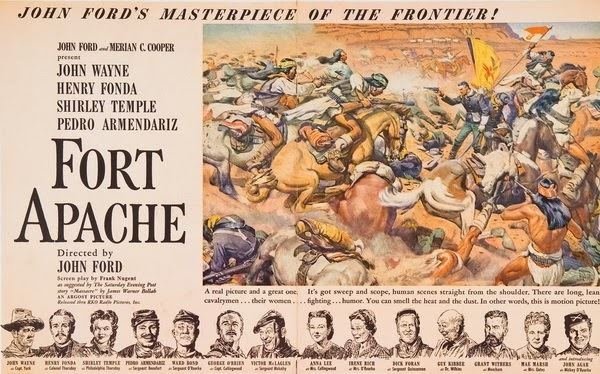 Some exteriors for the films location shooting were shot in Monument Valley, Utah. The exteriors involving the fort itself and the renegade Indian agents trading post were filmed at the Corriganville Movie Ranch, a former Simi Hills movie ranch that is now a regional park in the Simi Valley of Southern California.