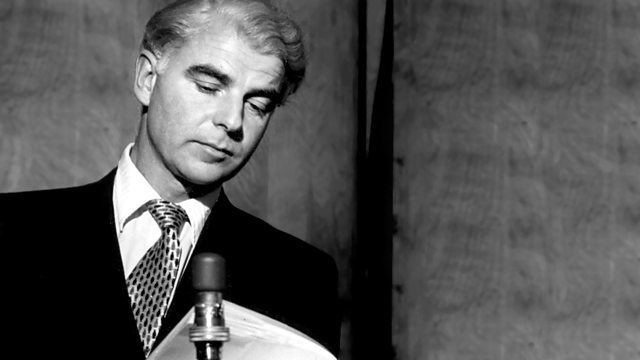 He was born into a Welsh-speaking, working class family in Glan-yr-afon, Mostyn, Flintshire. 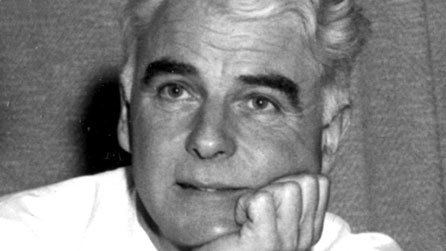 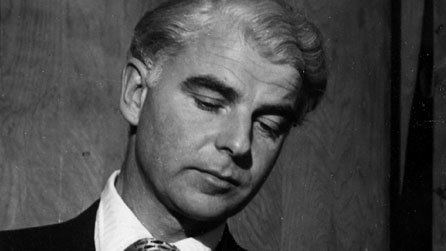 His first full-length play, Full Moon, was premiered at the original Oxford Playhouse in 1927, the year he joined a repertory company and began his stage career. By 1930, he had expanded his writing with works such as A Murder Has Been Arranged and The Late Christopher Bean. He became an overnight star, however, with his thriller Night Must Fall (1935), in which he also played the lead role of a psychopathic murderer. The play was noted for its exploration of the killer's complex psychological state, a step forward for its genre. It was made into a film in 1937 with Robert Montgomery, and again in 1964 with Albert Finney. It has been frequently revived, including on Broadway in 1999 with Matthew Broderick and most recently in the West End with Jason Donovan.

His other great play was very different: The Corn is Green (1938), partly based on his own childhood in Wales. He starred as a Welsh schoolboy in the play's London premiere. The play came to Broadway in 1940 with Ethel Barrymore as the schoolteacher Miss Moffat, a character modelled closely on Williams's real boyhood schoolteacher, Miss Sarah Grace Cooke. A 1950 Broadway revival starred Eva La Gallienne. The play was turned into a film starring Bette Davis, and again into a made-for-television film starring Katharine Hepburn, under the direction of Williams's close friend George Cukor. An attempt to turn the play into a musical in the 1970s, with Davis again in the role of the schoolteacher with lyrics by Williams, failed. So did a Broadway revival in 1983 starring Cicely Tyson and Peter Gallagher. But a 1985 London revival at the Old Vic with Deborah Kerr was successful, as was a 2007 production at the Williamstown Theatre Festival in Massachusetts. That production starred Kate Burton. Williams was a close friend of Kate's parents, Richard Burton and Burton's first wife, Sybil. In the Williamstown production, the schoolboy — the role created by and modeled on Williams himself — was played by Kate Burton's son, Morgan Ritchie. 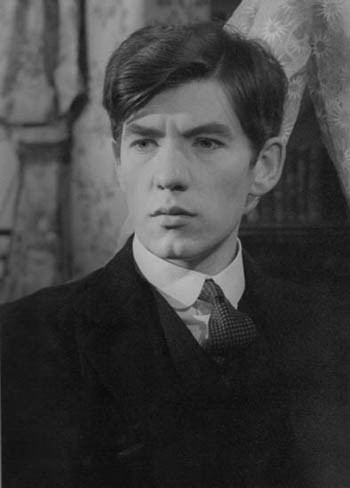 His autobiographical light comedy, The Druid's Rest was first performed at the St Martin's Theatre, London, in 1944. It saw the stage debut of Richard Burton whom Williams had spotted at an audition in Cardiff. The play has been revived at Clwyd Theatr Cymru in both 1976 and 2005, and received its first London revival in sixty years at London's Finborough Theatre in 2009. 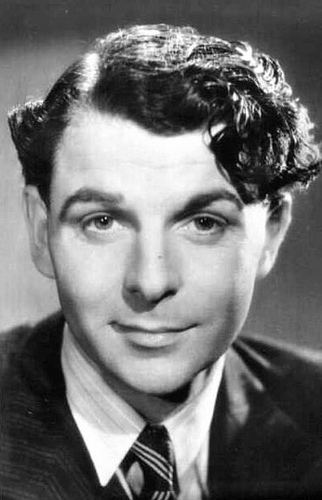 In addition to stage plays, Williams wrote a number of film screenplays, working with Alfred Hitchcock (on The Man Who Knew Too Much), Carol Reed and other directors. He acted in and contributed dialogue to various films based on the novels of A. J. Cronin, including The Citadel (1938), The Stars Look Down (1939), Hatter's Castle (1942) and Web of Evidence (1959). He played the mad Roman emperor Caligula in an uncompleted 1937 film version of Robert Graves's novel I, Claudius (with Charles Laughton); a kindly veterinarian who accidentally causes the death of a murderess (played by Bette Davis) in the 1952 suspense drama Another Man's Poison; and the fool Wamba in the 1952 Ivanhoe (with Robert Taylor and Elizabeth Taylor). Other screen credits include Hitchcock's adaptation of Daphne du Maurier's Jamaica Inn (with Charles Laughton), Gabriel Pascal's film version of George Bernard Shaw's Major Barbara (with Wendy Hiller and Rex Harrison), Jose Ferrer's I Accuse! (playing Emile Zola), The Wreck of the Mary Deare (with Gary Cooper), The L-Shaped Room (with Leslie Caron), and a made-for-TV adaptation of Charles Dickens's David Copperfield (with an all-star cast including Laurence Olivier, Michael Redgrave, Ralph Richardson and Edith Evans).

In 1941 Williams starred in the film You Will Remember, directed by Jack Raymond and written by Sewell Stokes and Lydia Hayward. The film is based on the life of the popular late Victorian songwriter Leslie Stuart, played here by Robert Morley, with Williams as Stuart's best friend. Also in 1941, he had a principal supporting part (as Snobby Price) in Gabriel Pascal's filming of George Bernard Shaw's Major Barbara.

His only film as a director, The Last Days of Dolwyn (1949), which he also wrote and starred in, marked the screen debut of his fellow Welshman, Richard Burton.

Williams often appeared in his own plays, and was famous for his one-man-shows, with which he toured the world, playing Charles Dickens in an evening of excerpts from Dickens' novels. This "one man show" was the start of a whole new theatrical genre. He followed up his Dickens performance with one man shows based on the works of Dylan Thomas, Dylan Thomas Growing Up, and H.H. Munro better known under his pseudonym Saki.

His post-war acting credits included The Winslow Boy by Terence Rattigan and The Deputy aka The Representative by Rolf Hochhuth on Broadway. He also was the "voice" of Lloyd-George in the seminal BBC documentary The Great War (1964).

Among Williams' other books was the best seller Beyond Belief: A Chronicle of Murder and its Detection (1968), a semi-fictionalised account of the Moors murderers, Ian Brady and Myra Hindley. His 1980 novel Headlong, the fictional story of the unexpected death of the entire British royal family in a freak accident in 1930, and the ascension of a most unlikely heir to the British throne as a result, was the loose basis of the 1991 motion picture King Ralph which stars John Goodman, Peter O'Toole, John Hurt and Camille Coduri. It was a comedic treatment of Headlong and was set in the contemporary United Kingdom. Goodman's character is a failed lounge singer named Ralph Jones whose grandmother had an affair with the fictional Duke of Warren, in the line of succession of the "House of Windam", a not too subtle play on the House of Windsor, the current royal house of the sitting monarch, Queen Elizabeth II. King Ralph mentions the "House of Stuart" as the antagonist's royal House, which was in fact the actual royal house 200 years before the Windsors. John Hurt plays Lord Percival Graves, the antagonist plotting to regain the throne for the House of Stuart, and for himself as the first in the House of Stuart's line of succession. King Ralph did reasonably well at the box office in 1991.

Williams' autobiography, in the volumes George (1961) and Emlyn (1973), was also highly successful. In both books, he wrote frankly of his homosexual experiences; indeed, he was publicly "out" as a bisexual before other better-known gay literary celebrities, such as his close friend and contemporary Christopher Isherwood.

Williams was married in 1935 to actress Mary Marjorie O'Shann (Molly Shan), who died in 1970. They had two sons, Alan, a writer, and Brook, an actor. Brook Williams became a close friend of Richard Burton's, working as Burton's personal assistant and appearing in many of Burton's films, sometimes even dubbing Burton's voice.

But both during his marriage and following his wife's death, Williams was actively bisexual throughout his adult life. He maintained a relationship from 1981 to 1986 with American theatre journalist Albert N. Williams (no relation), whom Emlyn Williams met while appearing at the Northlight Theatre in the Chicago area with his one-man Charles Dickens show. (Albert Williams served as Emlyn Williams' personal assistant during a 1982 tour of England, Wales and Ireland with the Charles Dickens and Dylan Thomas solo shows.)

Emlyn Williams was appointed a Commander of the Order of the British Empire (CBE) in 1962.

Emlyn Williams died at his flat in Dovehouse Street, Chelsea, London — aged 81, from complications from cancer on 25 September 1987.